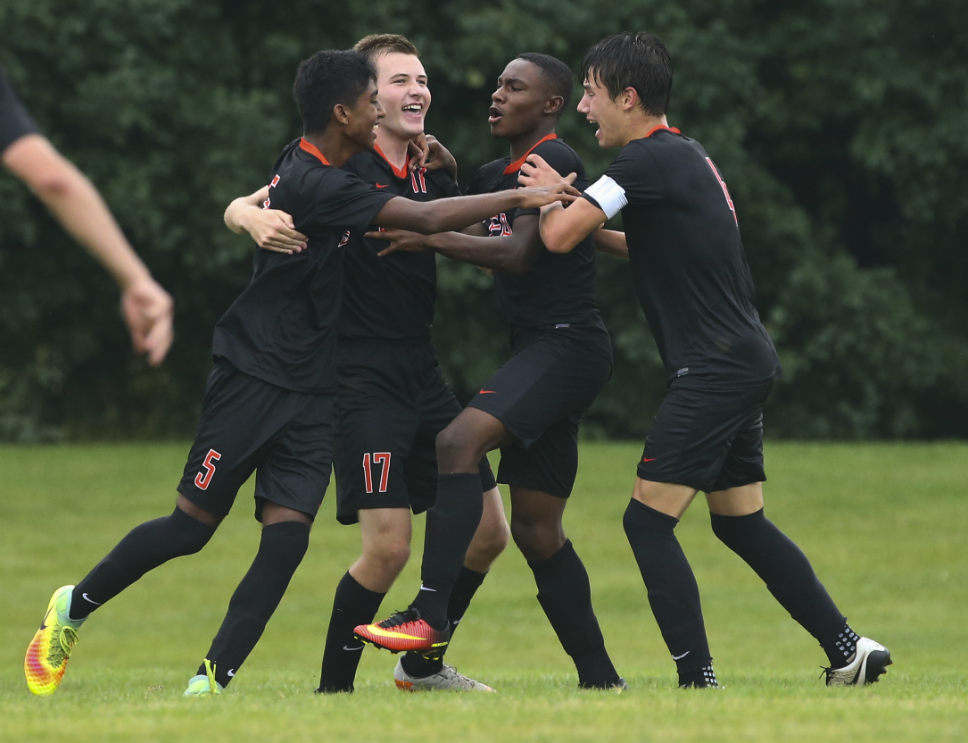 LFA’s Joey Thomas (No. 17) celebrates with teammates after scoring a goal in the North Shore Shootout. Thomas had two goals in the game. 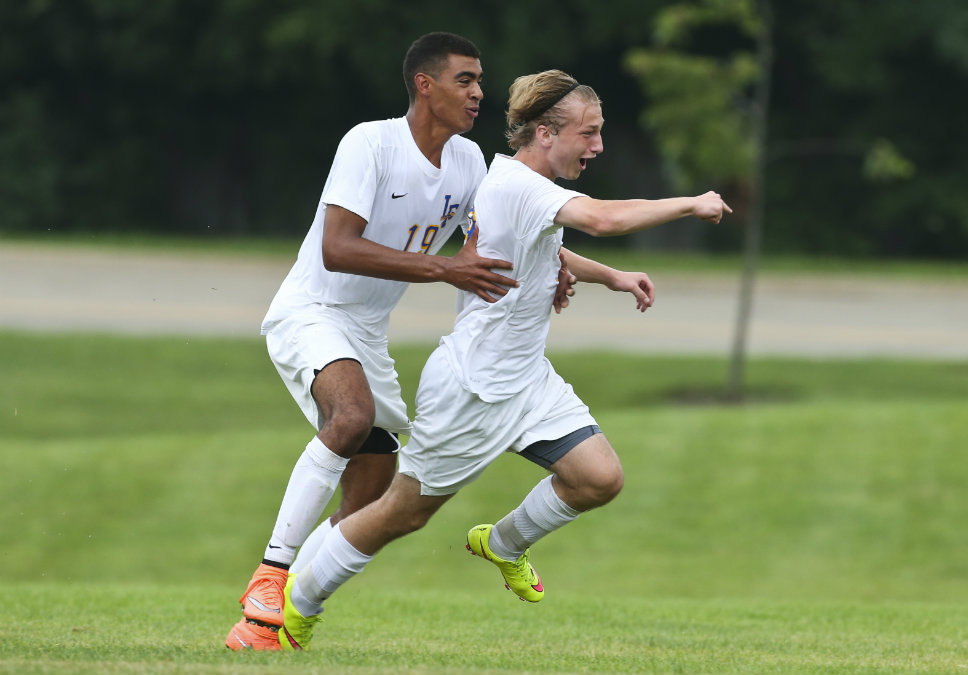 While getting hugged by teammate Tadeo Galli, Chris Wasser of the Scouts (right) reacts after scoring in the championship. 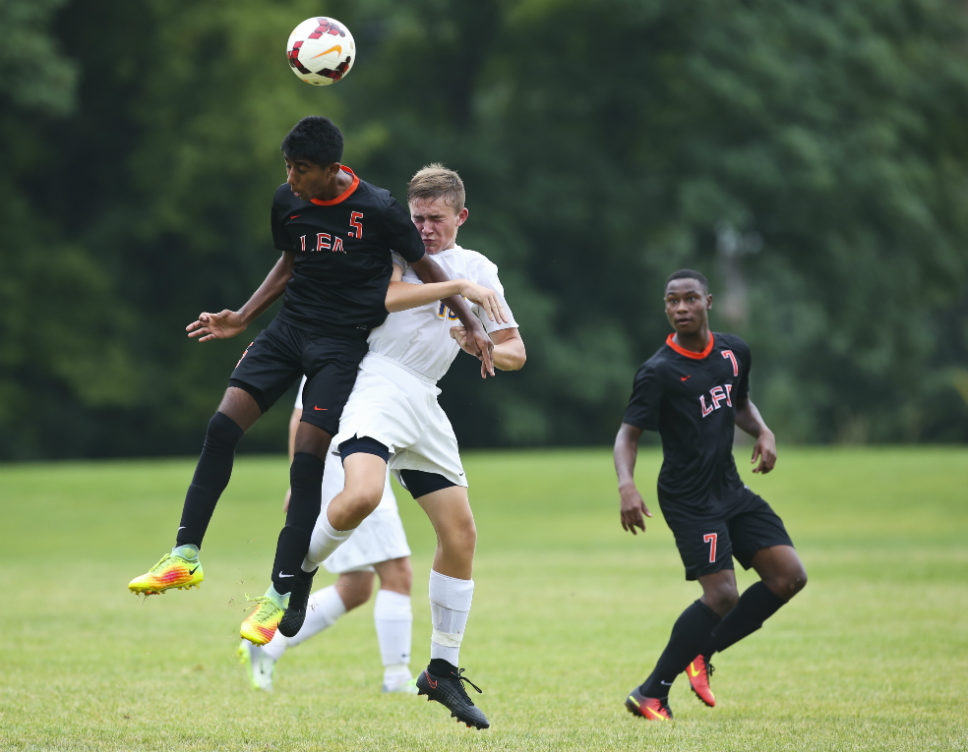 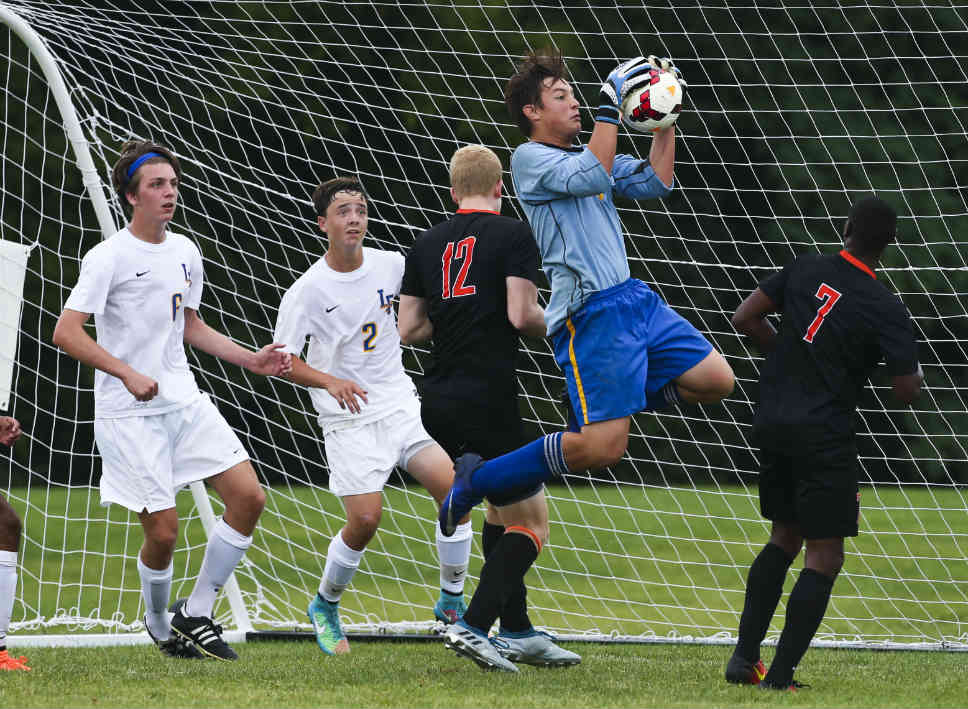 Lake Forest’s freshman goalie John Walsh makes a save in a crowd, while teammates Toby Frost (No. 6) and Joey Williams (No. 2) look on. 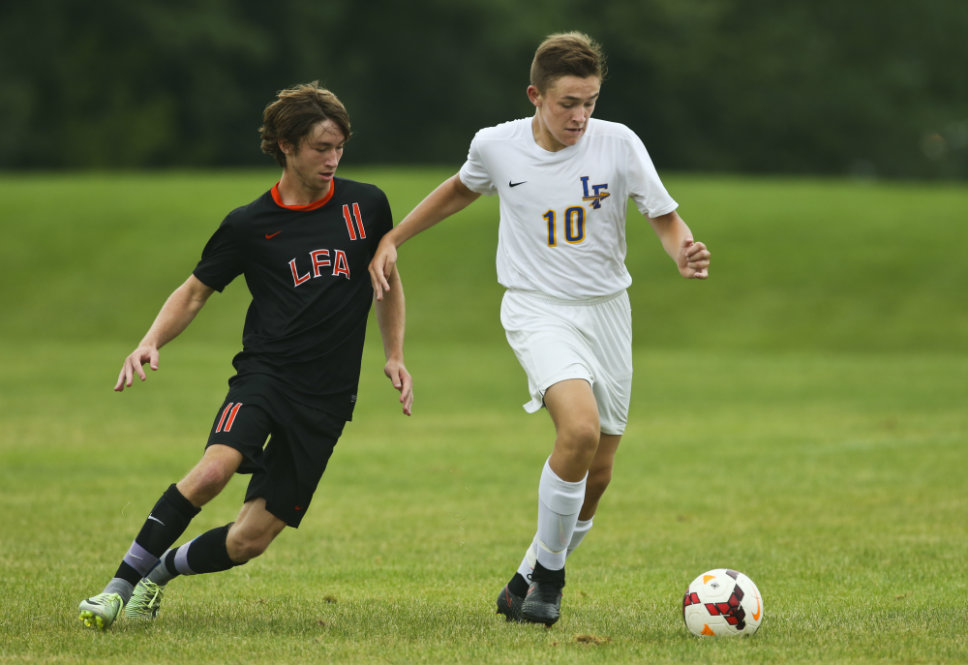 Lake Forest’s Christophe Wettermann (No. 10) tries to keep the ball away from LFA’s Ian Strudwick. 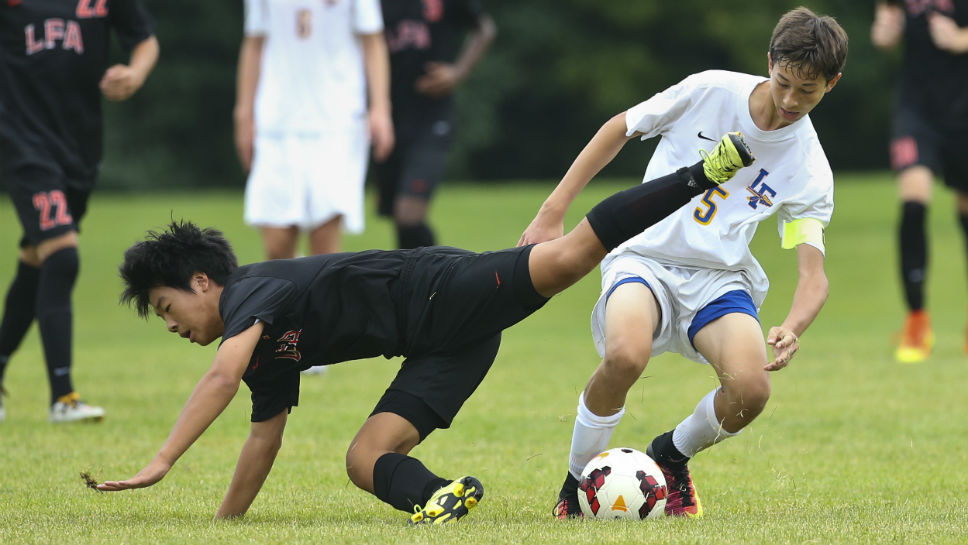 Jake Danneker of the Scouts (No. 5) takes possession as LFA’s Rich Park hits the deck. 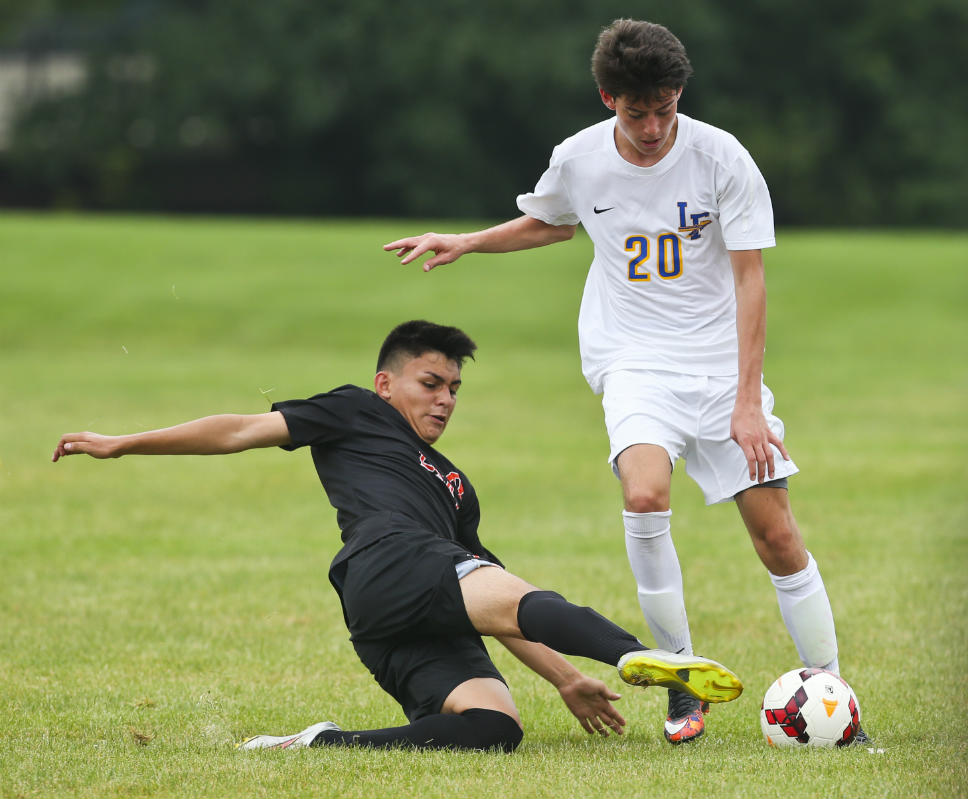 LFA’s Carlo Castillo tries to keep the ball away from LF’s Richard Mercer (No. 20). 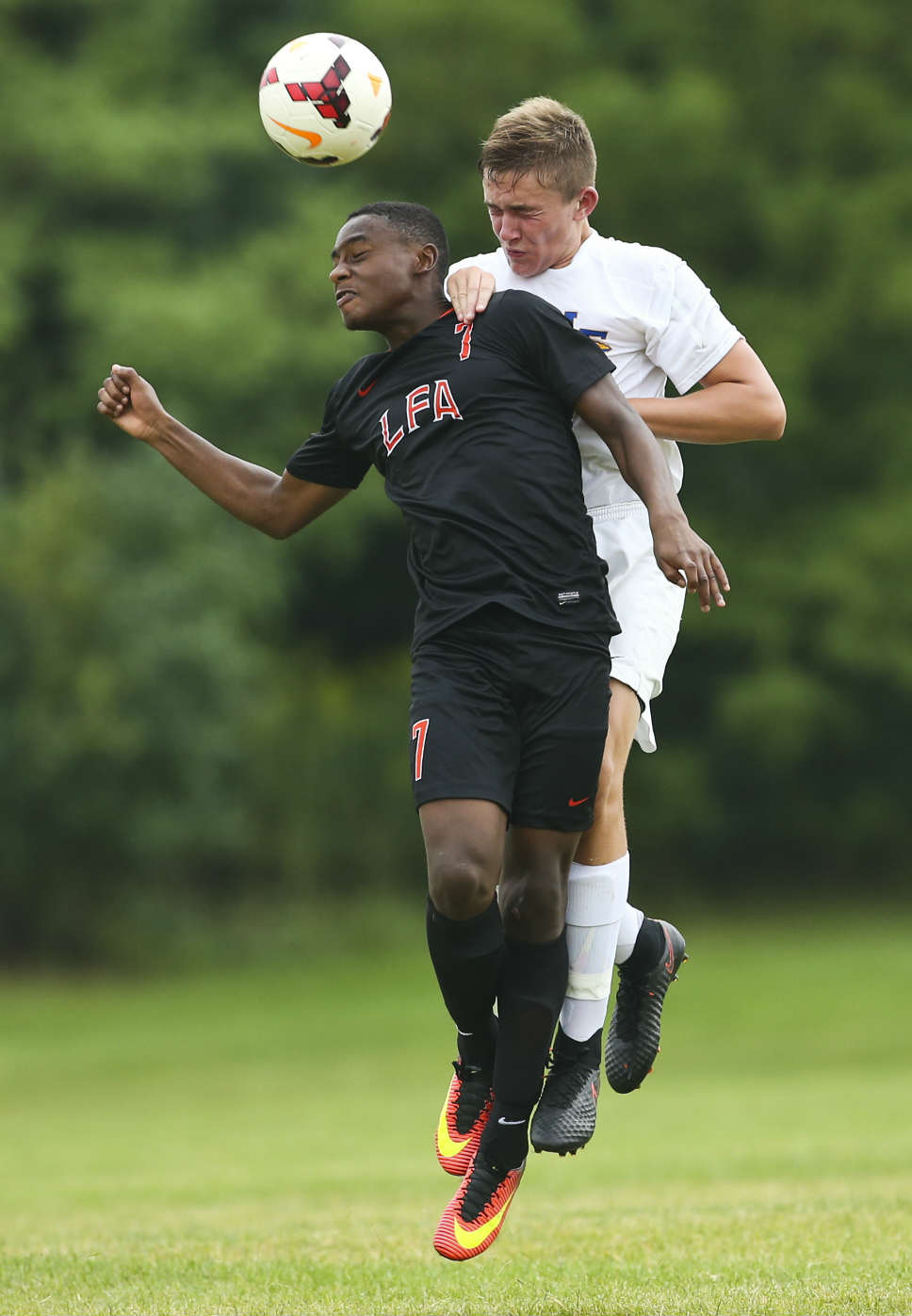