Photographer Joel Lerner captures the action in Highland Park’s 40-18 victory over visiting Hersey in the 2016 opener on Aug. 26 at Wolters Field. 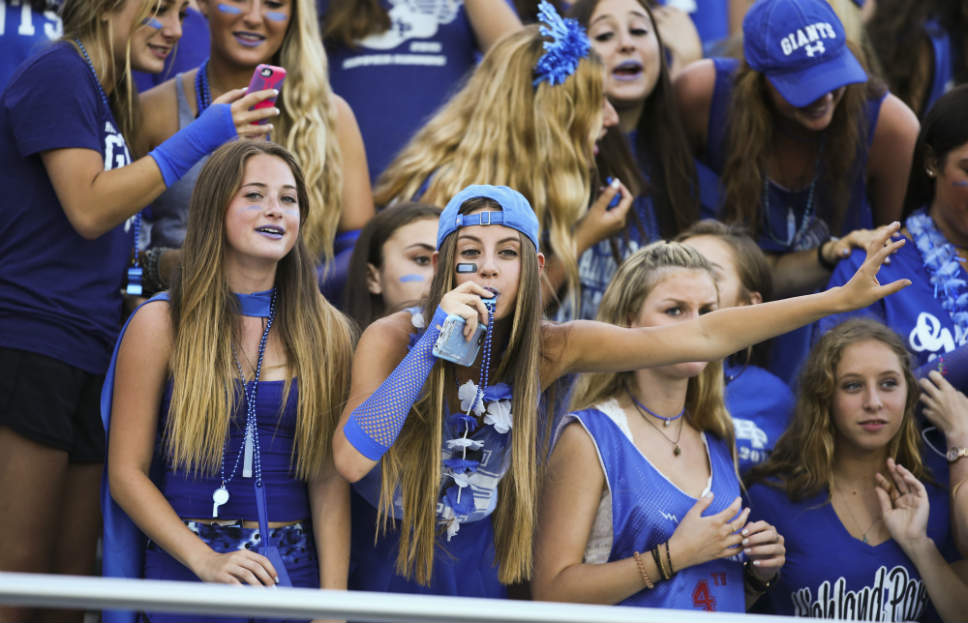 Highland Park High School fans looked on as the Giants claimed a 40-18 over visiting Hersey on Aug. 25. 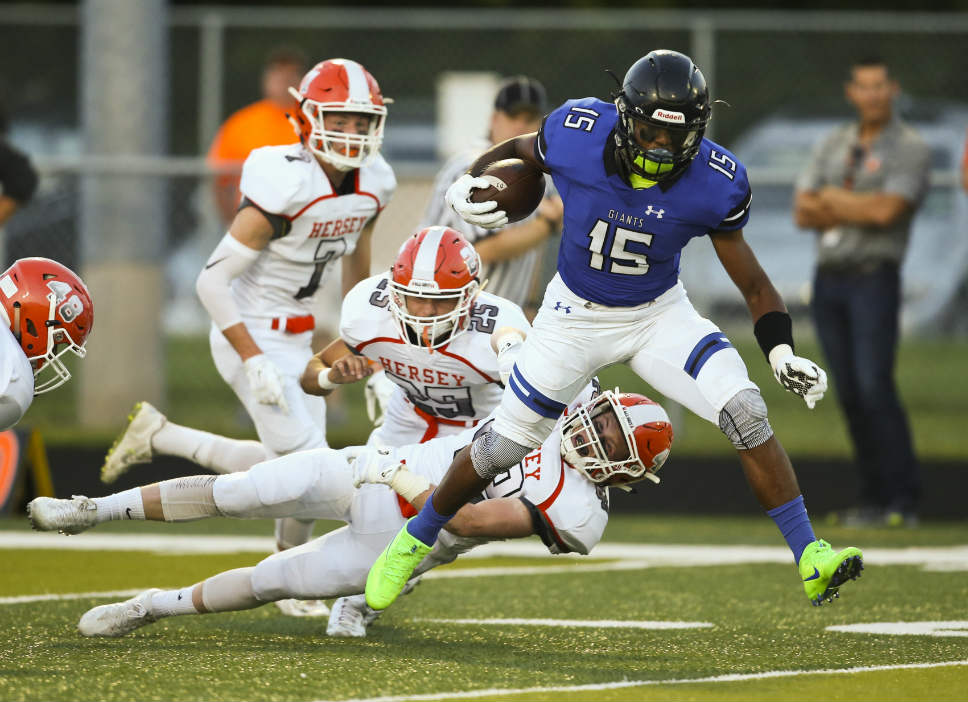 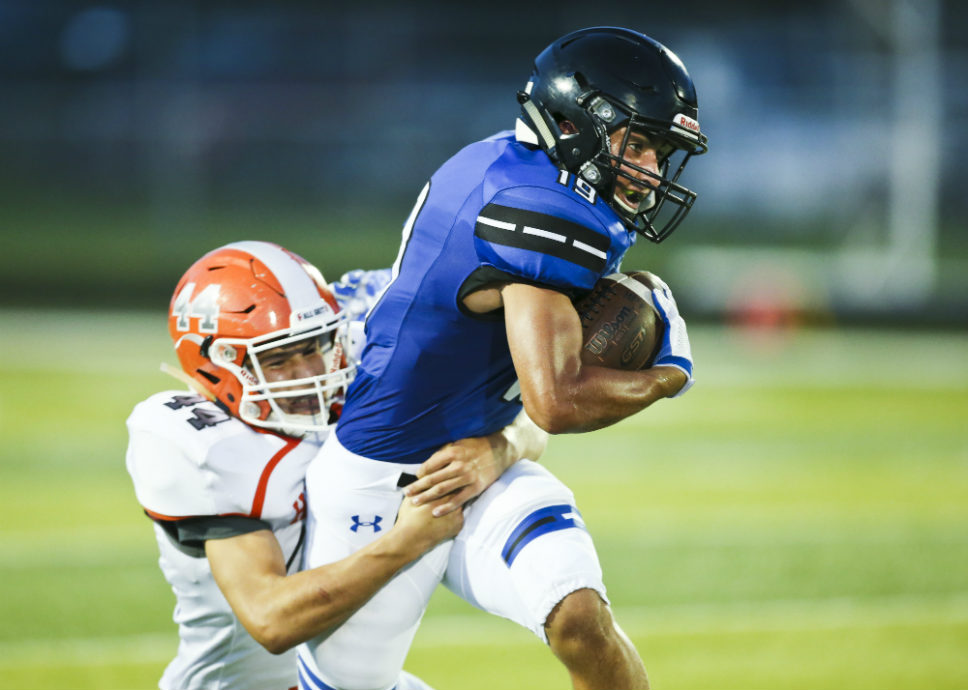 Noah Spitz of the Giants breaks a tackle after hauling in a pass from David Adelstein. Spitz turned the play into a 56-yard TD. 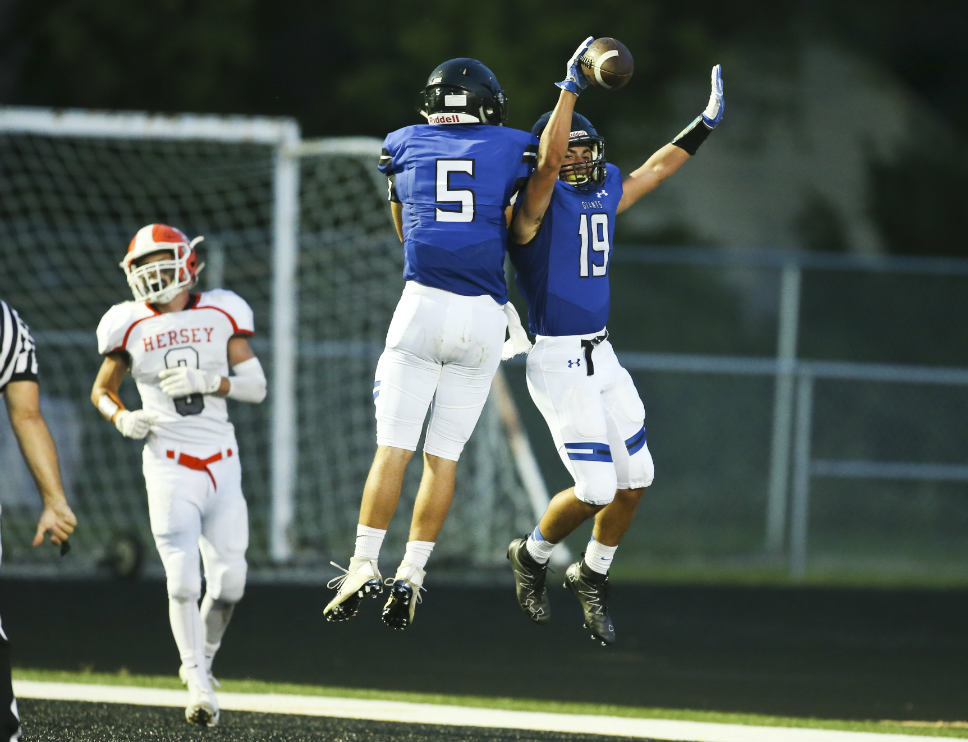 Noah Spitz celebrates his TD reception with Justin Goodman (No. 5). 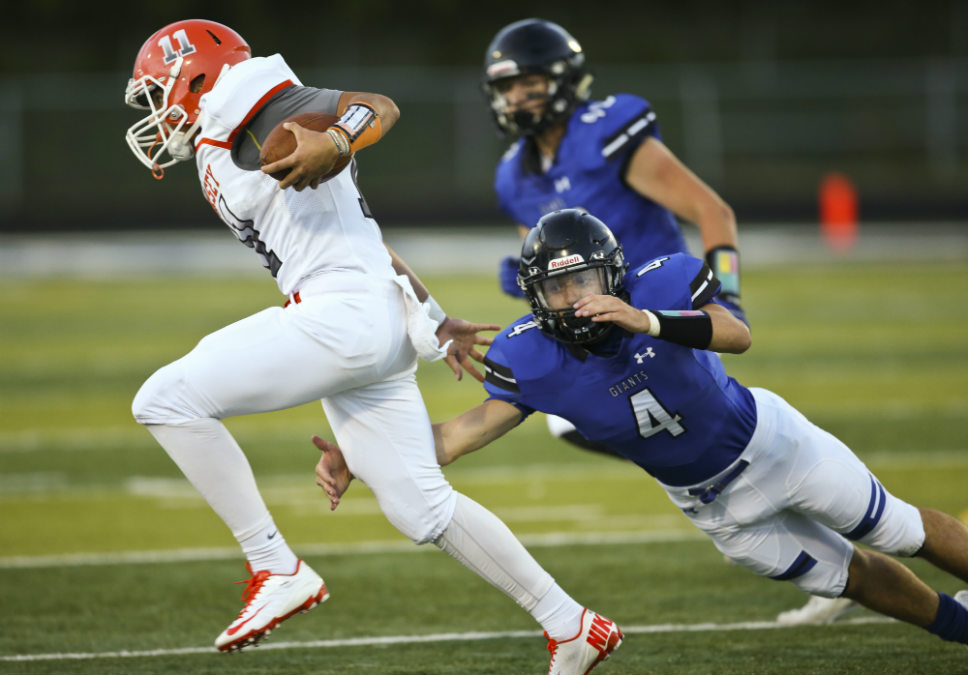 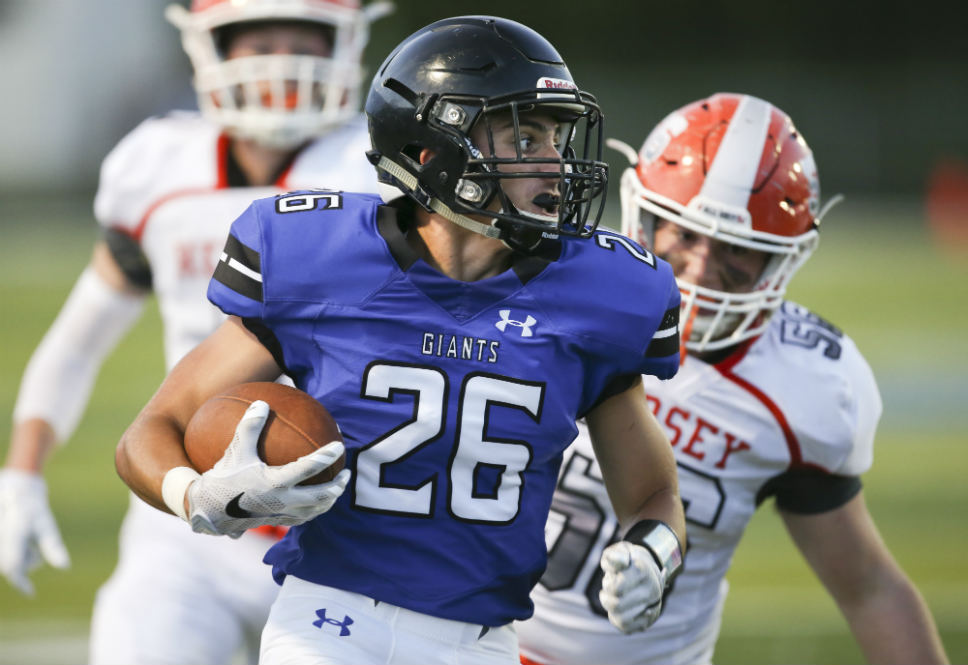 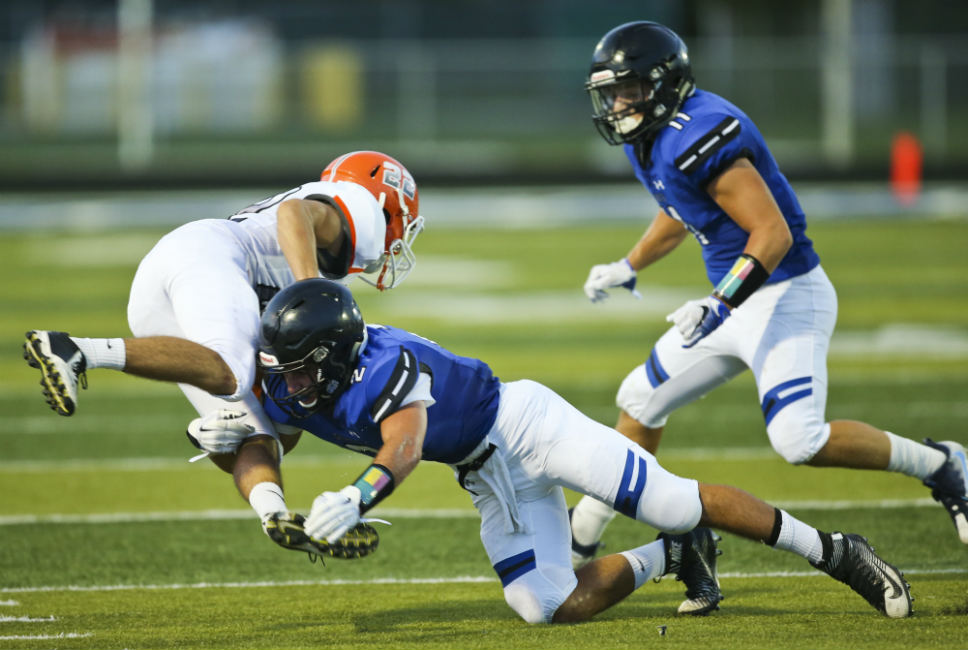 Sam Stone of the Giants (No. 2) trips up a Hersey ballcarrier as teammate Jeremy Allen looks on. 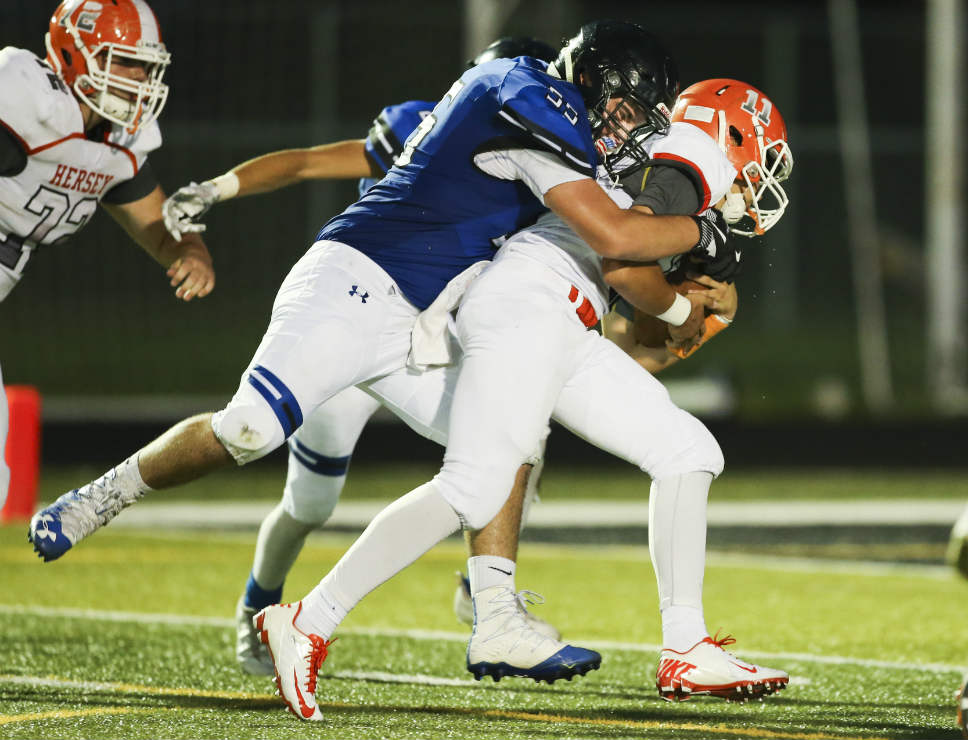 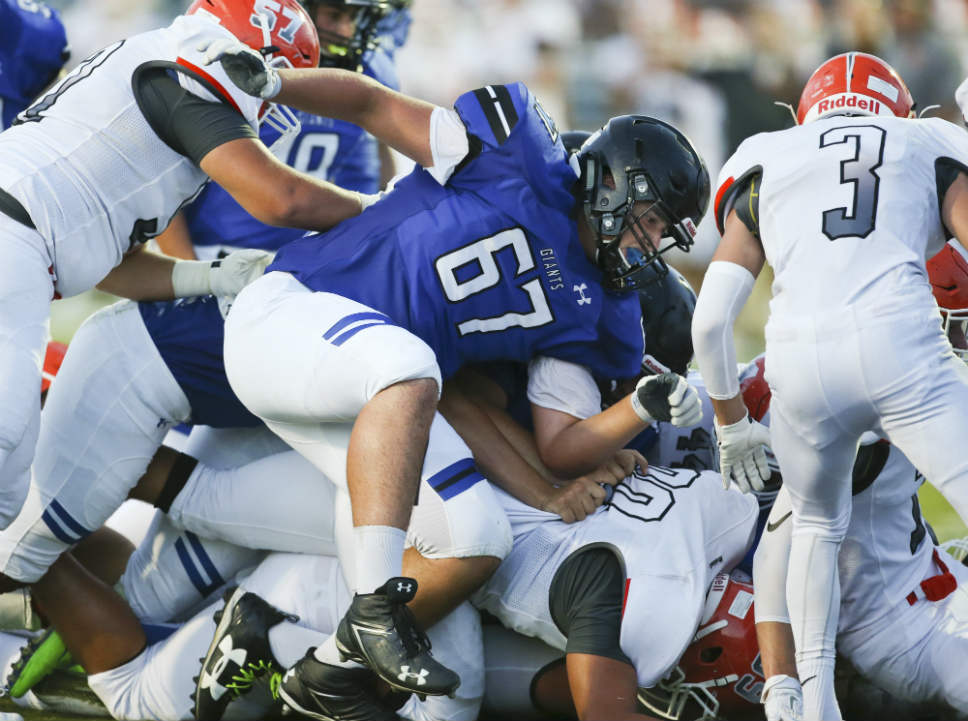 Highland Park’s David Barrette (No. 67) fights in the trenches. 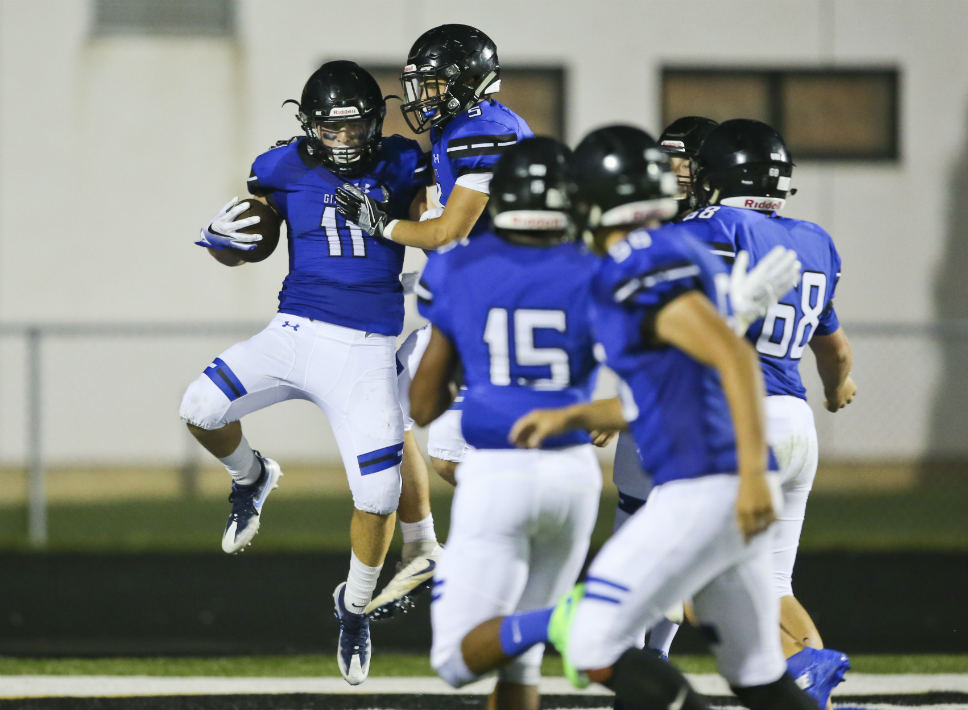 Highland Park’s Jeremy Allen (No. 11) celebrates in the end zone after a 70-yard run. Unfortunately, the score was negated by a holding penalty. Allen finished the game with two rushes for 73 yards and one catch for seven yards.