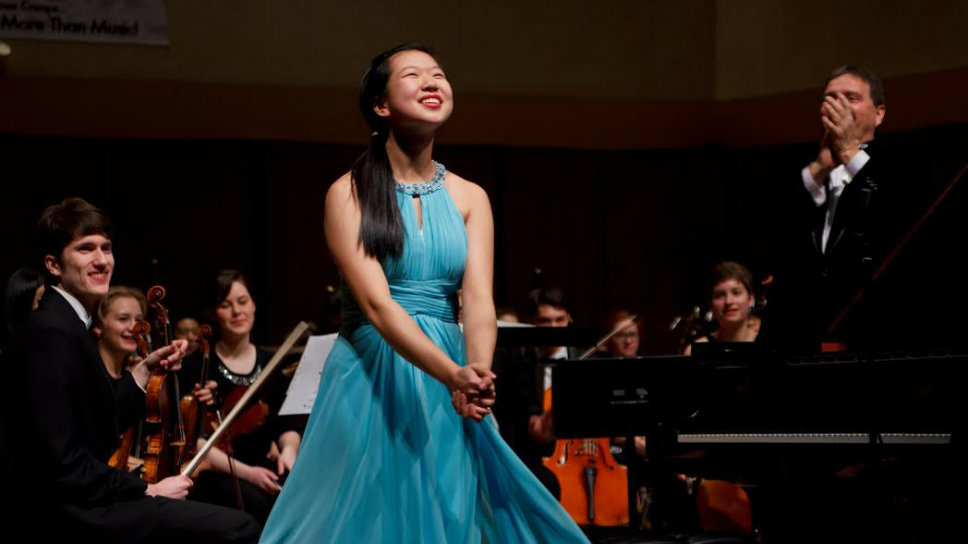 Kimie Han takes a bow after a performance. Photo courtesy of the Han family.

LAKE FOREST — As a very young child, Kimie Han started playing an upright piano in her home. Her parents were not thrilled with the sounds coming out of the instrument, so when she was 5½ they did something about it.

“We had an old upright in the house and I started banging on it,” said Han, a sophomore at Lake Forest High School. “My parents couldn’t stand the noise any more so they signed me up for lessons.”

Fast forward 10 years and Han has played eight concerts with the Chicago Symphony Orchestra, plays violin in the Midwest Young Artists Conservatory Symphony Orchestra in Highwood when she is not a piano soloist, and was recently named one of eight Lang Lang Scholars worldwide.

As one of those scholars, Han will join the others and the MYA orchestra at 6:30 p.m. August 28 for a concert in Chicago’s Millennium Park as part of the regular Grant Park summer concert series, according to Jo Gilley, the MYA director of marketing.

At 10 Han’s piano skills were developing, but she joined the MYA as a violinist. Though piano is her forte, she played violin because there was rarely a call for a pianist in the ensemble, according to Allan Dennis, the organization’s founder and president. Then he said she entered a Walgreens National Concerto Competition and won.

“As a violinist she is very good,” said Dennis. “When I heard her on the piano I was blown away. I knew she was good on the violin but as a pianist she is exceptional.”

Han got soloist work as a pianist with the MYA and the opportunity to play “Carnival of the Animals” by Camille Saint-Saens in a series of four holiday concerts last year with the Chicago Symphony.

This year Han took first place in a Chicago-area contest, winning the opportunity to participate in four more concerts with the CSO at the Chicago Symphony Center playing “Nights in the Gardens of Spain” by Manuel de Falla. 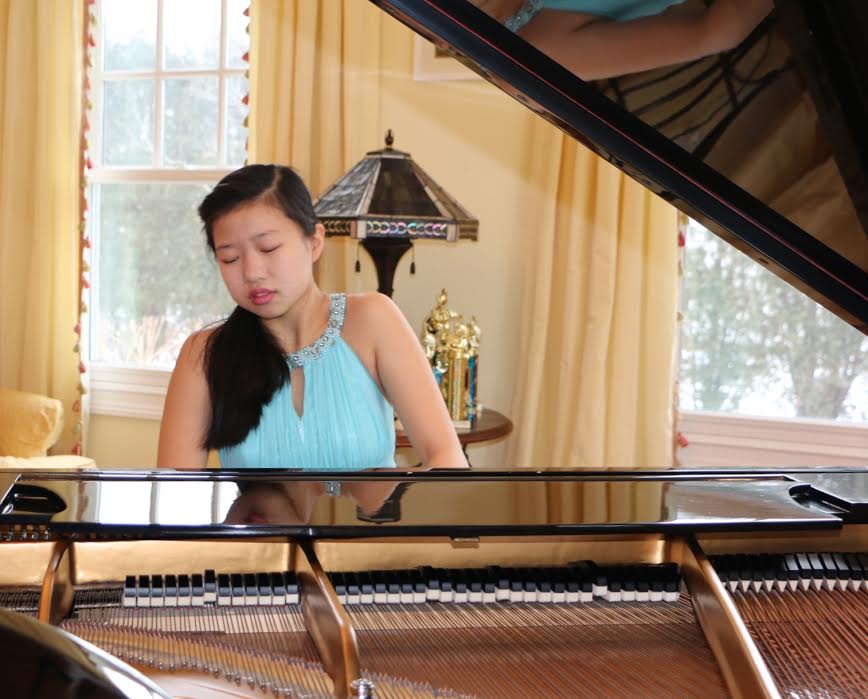 “It was a lot of pressure,” said Han. “They are all really kind musicians. When we were back stage together they all came up and talked to me. It felt really good.”

Personally selected as a scholar by Lang Lang, one of the world’s pre-eminent classical pianists, Han said her role is to be an ambassador of classical music to her generation. Some performances will be arranged by the Lang Lang International Music Foundation and others will be entrepreneurial on her part.

Han applied for the scholarship earlier this year, sending a video to the foundation explaining why she was the right person and additional videos of her performances. She is one of eight between 10 and 18 though most are 15 or 16. She said she is working on finding places to play and help develop an appreciation of classical music among youth.

Part of her role as a Lang Lang scholar is giving back to the community. She is already doing some of that by teaching violin to under-resourced youngsters at MYA who show promise, according to Dennis.

Two years ago, Han had her first contact with Lang Lang when she took a master class from him during a music camp in Barcelona. She played “L’Isle Joyeuse” by Claude Debussy, and he gave her a critique before a packed room.

“He gave me a lot of tips,” said Han. “He is a great teacher. You can see his love for music in the way he teaches and plays.”

Classical music is a passion for Han. She has tried her hand at jazz and said she prefers the ability to read every note of a piece to the constant improvisation of jazz.

“Once you know a piece you can put your own stamp on it,” said Han of classical music. “You can have 10 people play the same thing and it won’t sound exactly the same.” 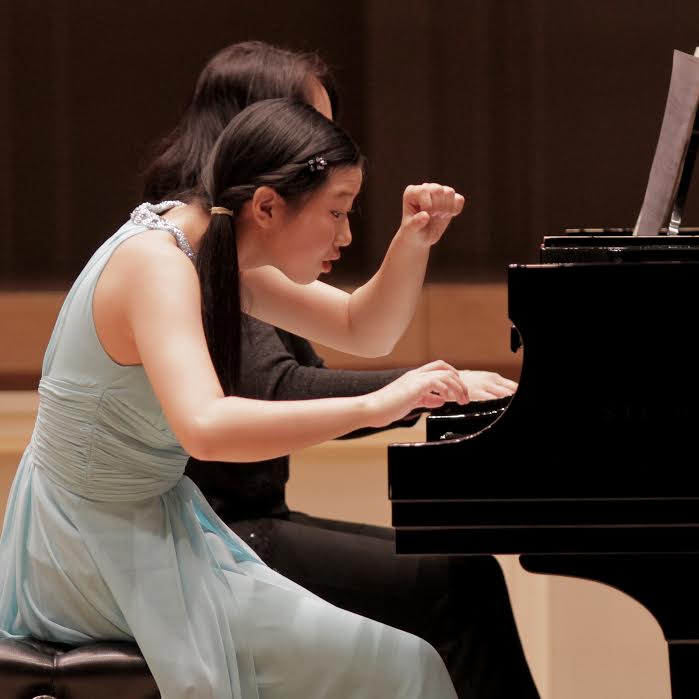