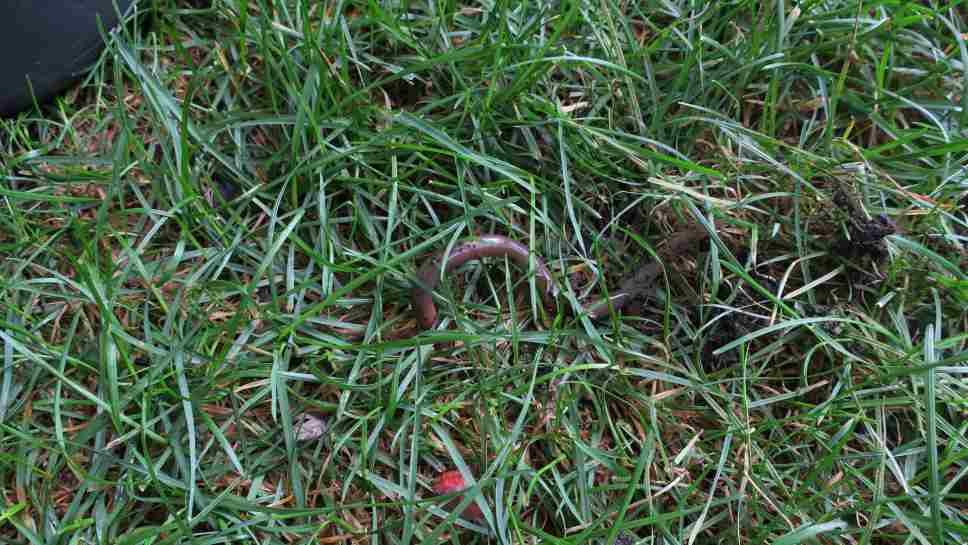 While most people view earthworms as a friend of the garden, Amynthas agrestis, an invasive species of worm from Asia known as “crazy worm” or “jumping worm,” has been discovered at a residence in Wilmette and the Chicago Botanic Garden.

Aptly nicknamed, these worms jump and thrash wildly when handled. They tend to be larger than typical earthworms and can be up to 1.5 to 8 inches long. A narrow band around their body (the clitellum) is milky white and smooth — unlike other species, which have a raised clitellum.

So what’s so bad about jumping worms (other than the jumping)?

These earthworms consume the top layer of soil and mulch, depleting the soil’s nutrients. They lay a thick layer of castings (poop) over the soil that is high in nitrogen. Their activity changes the composition of the soil into grainy castings that look like coffee grounds or cooked ground beef. This depleted soil is harmful to plants and other organisms.

Also, according to the Chicago Botanic Garden, “amynthas agrestis is a concern because they multiply very quickly, out-competing traditional earthworms. Unlike traditional earthworms, the crazy worm works very quickly, devouring soil organic matter and drastically changing the soil structure. This activity can have huge negative effects on forest ecosystems as well as residential gardens.” 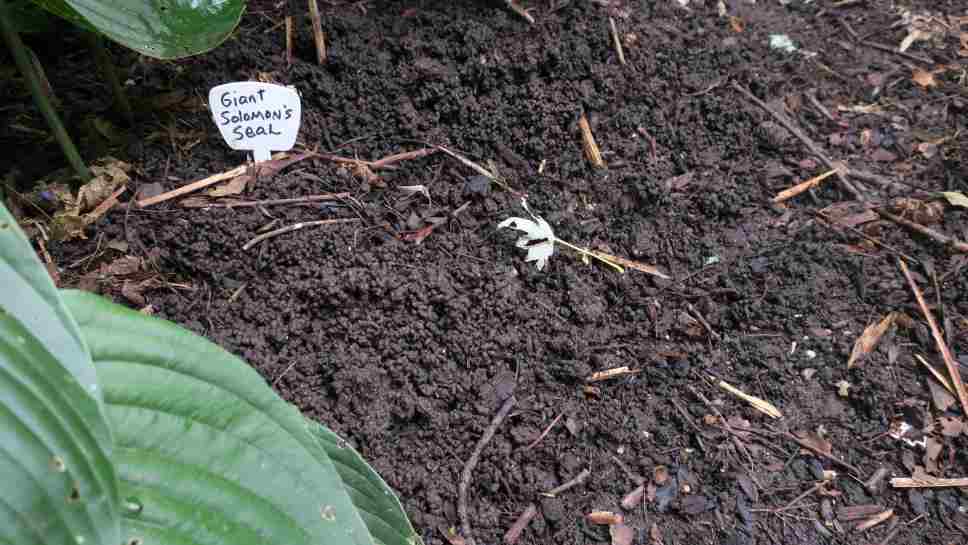 Worm castings in the soil. Photo by Emily Spectre/JWC Media

Anne Smith (not her real name – she requested anonymity for privacy reasons), a resident in Wilmette who is an avid organic gardener, discovered jumping worms in her garden last August. She was reading a book about earth worms and learned of Asian worms that left piles of castings in the garden. The description sounded familiar, and after careful inspection, Smith realized these worms had invaded her garden.

“My first response was panic and dread,” said Smith. “Now I find it kind of interesting.”

Smith tackled the problem by learning as much as she could about jumping worms. She contacted state agencies, spoke with garden centers and professors and conducted online research. What she found is that most research concerns the worms’ impact on forests, and hardly any research has been done on the effects on suburban gardens.

She also learned that there are no known chemical or organic solutions to the problem.

Smith studied her own garden, which sits on a quiet quarter-acre lot and contains a variety of plants — many of them native — that appear to be flourishing. Smith mapped out where she found most of the worms, noticing that the worms appeared to prefer Hostas, Pachysandra and mulch.

She isn’t sure where the worms came from since it could be from any number of sources. Plants, trees, mulch or soil purchased from garden centers could have been contaminated, or possibly a neighbor’s garden. Smith put a friend’s “red wigglers” — a type of worm used in worm composting that were purchased online — into her compost pile and spread it on her perennial beds. Now she wonders if those worms were contaminated with Amynthas.

While the jumpy worms covered every inch of her garden, Smith decided to focus her energy on the perennial beds. She dug up the top layer of soil and put it into large black plastic bags, piling them up in a corner of her yard where she left them for nearly a year. She brought in two inches of new topsoil and added sulfur pellets to acidify the soil, which the worms do not like. Smith scattered oak leaves all over her beds, which are also acidic.

Jumping worms reproduce easily — maturing within 60 days — and their castings contain tiny capsules that house their eggs. Smith hoped to smother the eggs over the winter. When she first opened the bags in July she was surprised to find some live jumping worms in the bags. She closed up the bags again and found that after the soil sat in the hot sun, she did not see any more worms.

At this point, Smith is uncertain what to do with the bags of dirt, which are dense and dry. She is experimenting with using it as compost on some of her plants, such as mint, and it appears to be doing well. She has also decided to stop planting Hostas and Pachysandra, since both plants appear to encourage jumping worms.

Smith has also discovered that jumping worms do not like mustard. Smith poured a mixture of dry mustard and water on a small portion of grass and nearly 15 to 20 jumping worms emerged from the soil. She gathered them all up and put them in a bucket of vinegar to die. “It’s like triage I guess you call it,” she said. She will pour mustard whenever she has time, and noted that sometimes she’ll capture 50 to 100 worms.

Another tactic Smith employed involved planting mustard greens in her garden, and she noticed that the worms have stayed out of that bed. She is considering planting mustard along the borders of her beds, to protect other plants.

And while some avid gardeners may be disheartened by this invasive species that seems nearly impossible to stop, Smith remains optimistic and intrigued. “The worms couldn’t have picked a better person. I am an amateur naturalist,” she said.

Smith noted the experience has changed her perspective, unlike other trends. “This hit home to me in a way that other things haven’t. The earth worms have changed and these are not what we grew up with,” she said.

For now Smith is a pioneer in how to tackle jumping worms in the suburban setting. She hopes that organizations and other gardeners will work together to find a solution. “I would like to see an organization like a nonprofit or garden club collect data on where these earth worms are and what happens in gardens,” she said.

But Smith acknowledges that Illinois residents may just have to learn how to live with this new invasive pest. “We have a new creature on the North Shore and there is no obvious way to get rid of them,” she said.

The village of Wilmette has also posted an invasive species alert on its website. For more information go to www. wilmette.com.