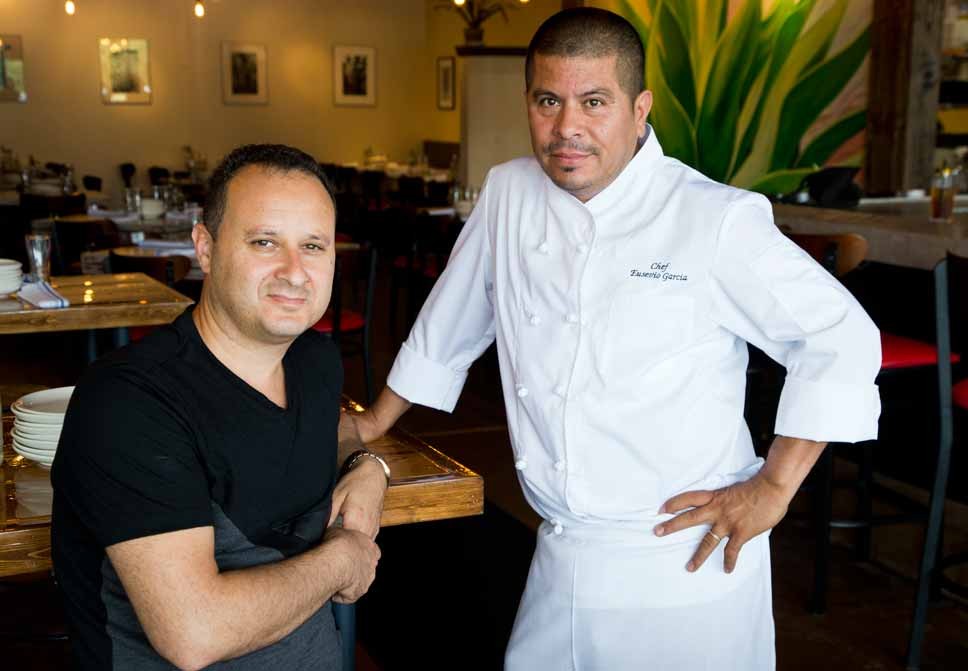 Chef Eusevia Garcia describes the octopus as Mexican, the shrimp as American, the grouper as Asian and the Salmon Al Carbon as a mixture with caramelized mango, green papaya and avocado crème fraiche seasoning the plate.

“The green papaya and mango are American but we make the avocado French with the crème fraiche,” Garcia said. “I’m always looking for something to make it special.”

The restaurant has been open since February near the intersection of Milwaukee and Lake Avenues in Glenview.

When owner Moe Taleb first got the idea for Mesa Urbana he thought he was going to open an urban style, shared-plate eatery on the North Shore. After his first three days he made a nuanced change combining city and suburbs.

The initial menu listed everything the kitchen would prepare to serve guests but did not distinguish between salads, appetizers, main courses, side dishes and desserts. Taleb wanted diners to pick out what appealed most to them and share the dishes with the rest of the people at the table. He said the portions would often be smaller and people could experience variety for their meal. He learned quickly it was not working.

“After three days we changed the menu. We talked about it late into the night and listed salads, appetizers and main courses,” Taleb said. “We listed them (together) as seafood + meat + vegetarian,” he added referring to the main courses.

Taleb said the shared-plate concept is still very much a part of Mesa Urbana. He has delegated the job of communicating it to the restaurant’s staff rather than the menu.

“The size of the portion varies. The steak may be 18 ounces and the salmon is six ounces. We tell people they can share if they want to,” Taleb said.

The steak is either carne asada or lomo de gaza. While the carne asada—which uses a skirt steak—is traditionally Mexican with nopales empapelados, beans and watercress salad, Garcia adds an international flavor to the lomo de gaza. It features a New York strip steak with oyster mushrooms, truffle oil and a side of bean relish.

“The truffle oil is French and the bean relish is traditionally Mexican,” Garcia said.

The only fish and seafood permanently on the menu consists of items Garcia said he can get fresh. One dish not currently on the menu but offered most of the time as a special is a risotto crisp halibut. He said the dish has a strong Italian accent.

“We put the Halibut over the risotto and crisp it,” Garcia said. “We add tomato sauce and tomato fennel ragout.”

Taleb has been in the food and restaurant business for 15 years since he started Zig Zag Catering in Chicago. He  caters to business people and others who want a banquet made to order. He has also operated restaurants in Chicago. 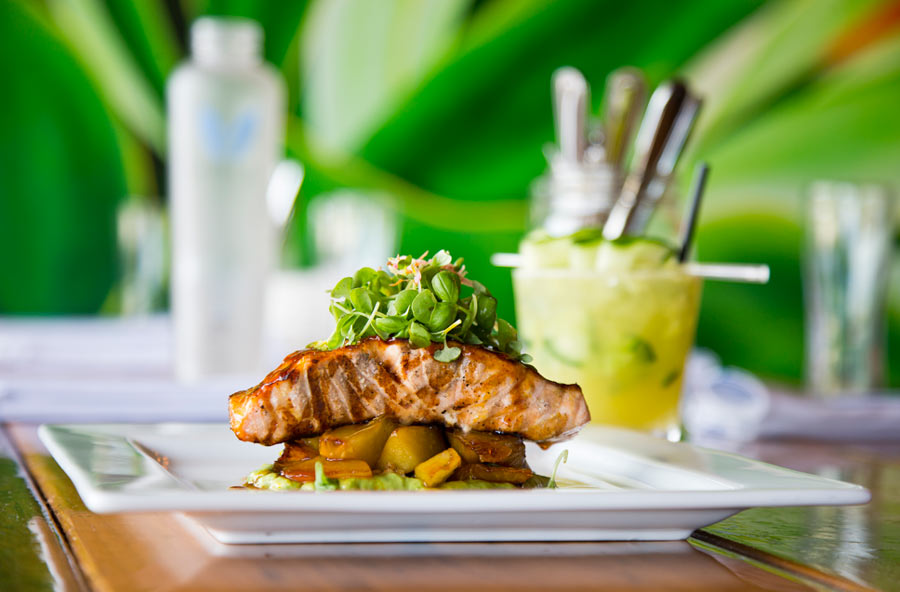 The Salmon al Carbon with an Urbana Margarita at Mesa Urban in Northbrook. Photography by Joel Lerner/JWC Media 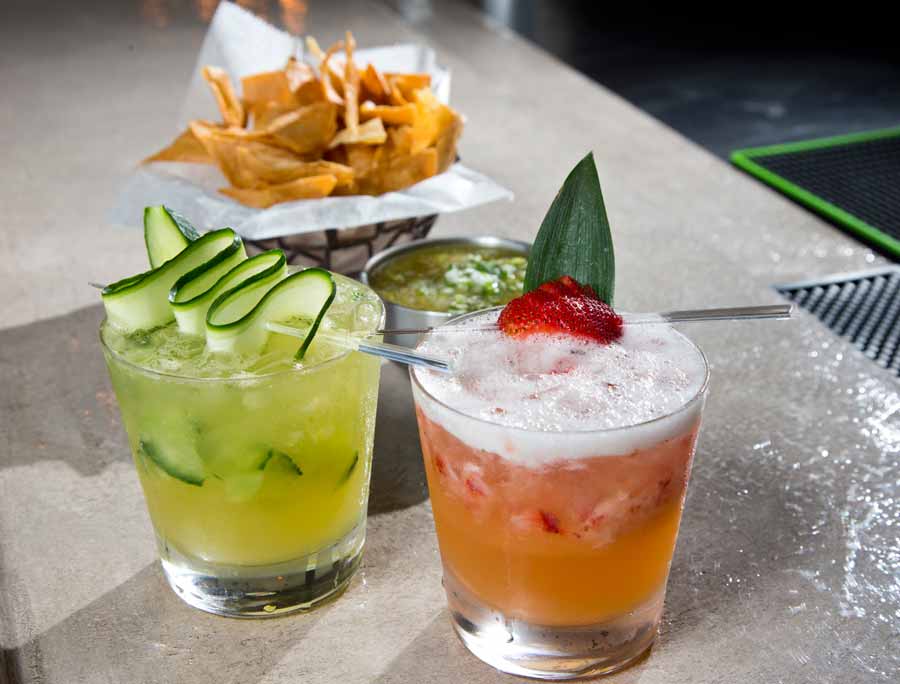 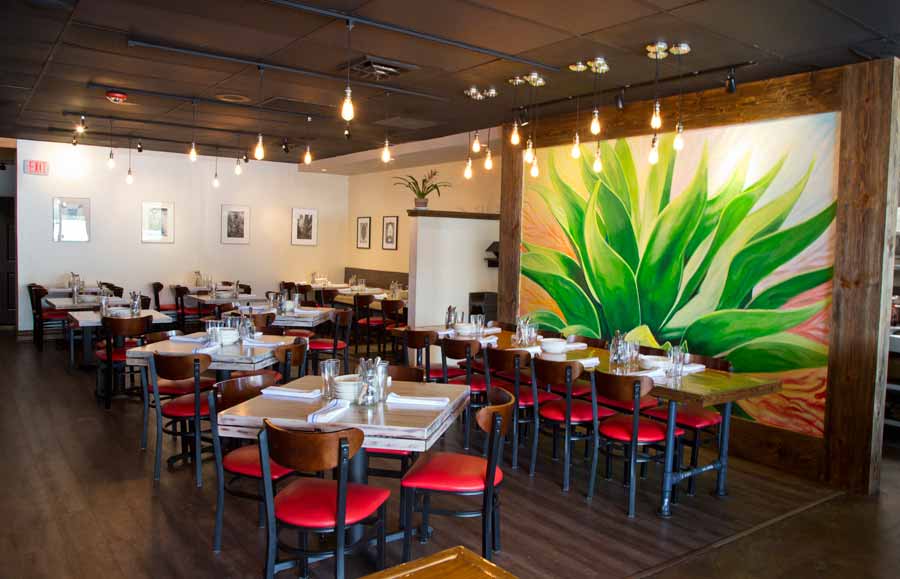 The interior at Mesa Urban in Northbrook.