HIGHLAND PARK – On a quiet, dead-end street in a residential neighborhood, you don’t expect to find a sculpture garden including larger-than-life artwork of a Dog, Black Goddess, pair of Right Feet, and a nudist named Iris.

“I fell in love with three-dimensional art, and I’m very fascinated with objects that move emotion. Art plays upon people’s individual perceptions,” said owner and founder Keith Fisher to explain why he decided to forgo plants and flowers for a sculpture garden on the grounds of Keyth Technologies at 1520 Berkeley Road, which provides security systems to homes and businesses.

The sculpture garden is such a hit that soon the business will begin offering miniature sculptures as gifts.

“We’re in the process of producing 100 miniature Right Feet by Todji — desk-size sculptures — as gifts for customers and friends,” said Robin Laietmark, marketing coordinator. “Todji is out of Portland, Oregon, and his work is all over the world.” 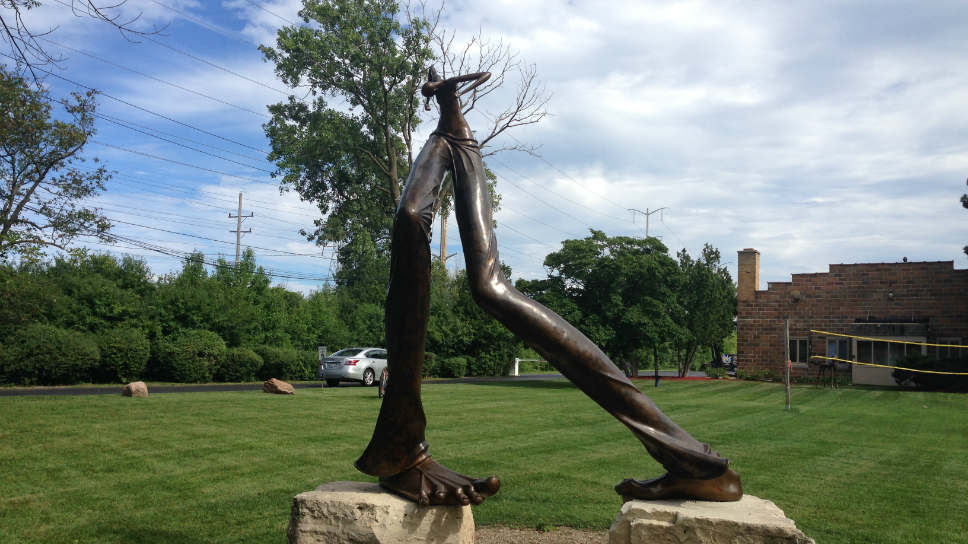 In addition to Right Feet, Todji Kurtzman created Black Goddess, which is included in the sculpture garden.  Known as ‘Todji’, the artist has had a successful animation career beginning in 1994 as an intern on James and the Giant Peach, spanning 10 years on TV shows from The Simpsons to Disney feature films, according to the website TODJI  SCULPTURE. 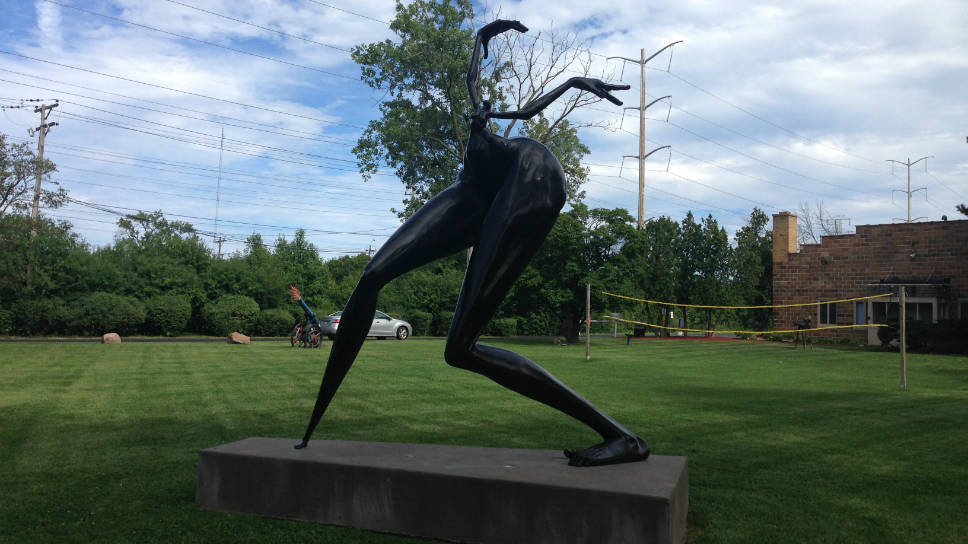 Fisher said Keyth Technologies is recognized as a Pokémon GO meeting site, and that it’s called “Big Feet statue or something like that.”

He explained how the sculptures have been acquired: “Sculptures of massive size are usually commissioned art directly with the artist,” he said.  “We add new sculptures based on available funds and emotional impulse purchases; although, the John Henry Waddell came from an estate of a deceased family.” 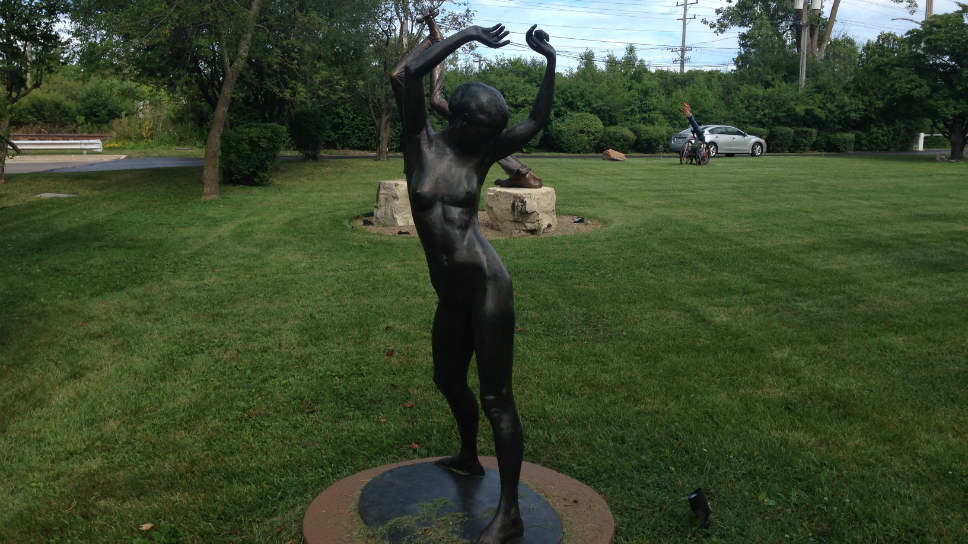 Waddell became known for the inspirational memorial monument entitled “That Which Might Have Been” in 1963 after aa church bombing killed four African-American girls in Birmingham, Alabama. The four bronze figures “representing the women these little girls might have grown up to be” are displayed at Carver Civil Rights Museum, according to artbyjohnwaddell.com.

Waddell went on to create many sculptures of women alone and in groups.

Two of the sculptors have ties to Highland Park. 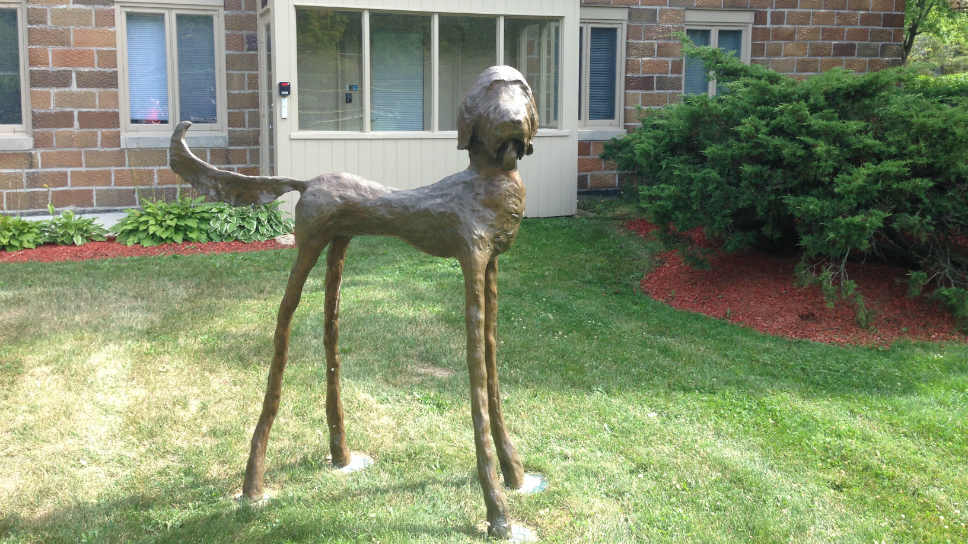 Fisher said he began cultivating his “work in progress” about 16 years ago. The Sapir Woven Steel wire-figure sculpture was the first piece he obtained, which stands alone at that location. 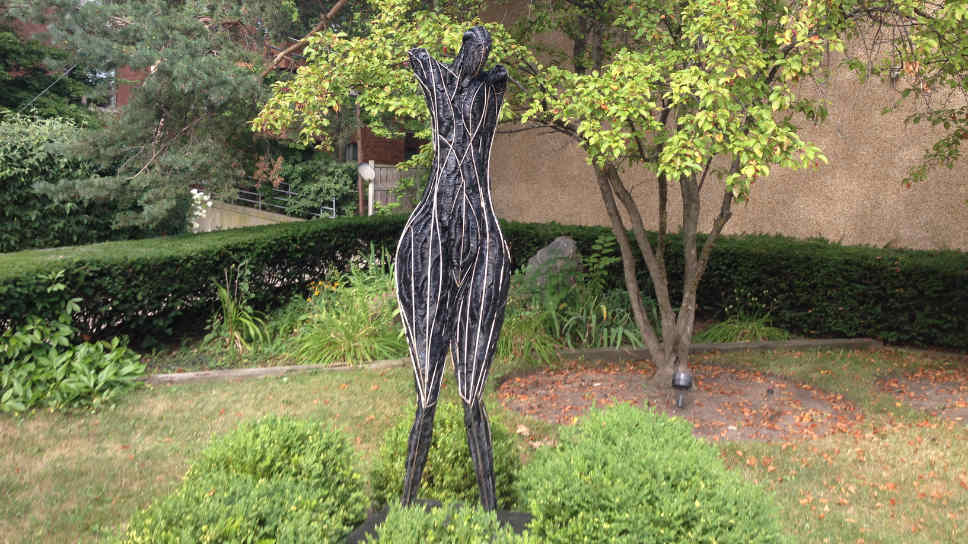 Fisher said  he has purchased all of the art, and he hasn’t received any offers at this time.

“It is a triple win in my opinion,” he added. “I enjoy, people enjoy, and the neighborhood’s landscape is more unique and refreshing.” 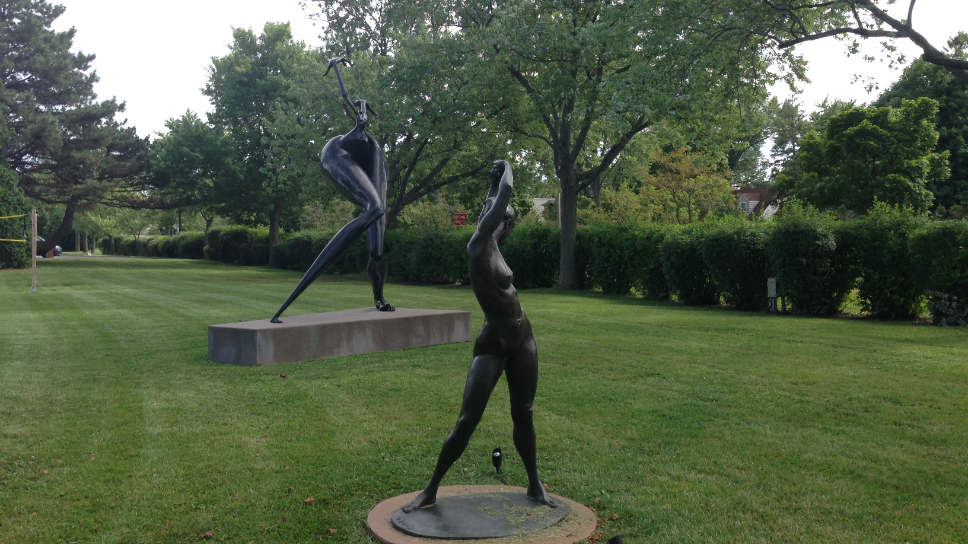 Two of the sculptures found in the Sculpture Garden at Keyth Technologies in Highland Park.