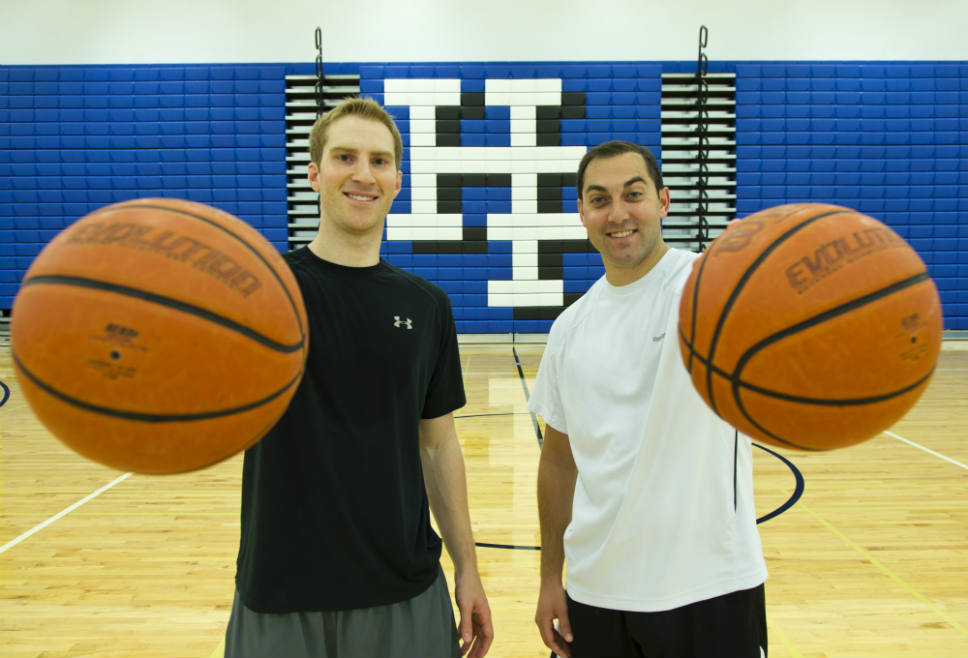 Zack Meuser did not know Rory David Deutsch. Nor did Chris Wroblewski.

The former Highland Park High School basketball players have known Rory’s father, Ross Deutsch, for years, and it was one of the reasons the Chicago residents found themselves at their alma mater’s sparkling new gymnasium earlier this week.

“That’s a gift, an amazing one, seeing Zack and Chris here today [Aug. 1] and knowing what they’re preparing to do for my family,” said Ross Deutsch, a longtime boys varsity assistant basketball coach at HPHS.

Meuser and Wroblewski plan to run an inaugural Elite Skills Basketball camp for high school- and middle school-aged hoopsters at the Recreation Center of Highland Park on Sept. 10-11. All proceeds from the co-ed camp will benefit The Rory David Deutsch Foundation.

Rory was a month shy of turning 7 when he was diagnosed with an inoperable brain tumor in February 1998. He had complained of a sore left wrist, after playing tennis indoors one day. The next day he could not make a fist with his left wrist. Ross and his wife, Mindy, took their first born to a doctor. An appointment was made to see a neurologist. Rory underwent a brain scan at a hospital.

The tumor had settled in his brain stem.

“What Ross and Mindy must have had to go through … tragic, what a tragedy,” Meuser, a 2007 HPHS graduate and a wealth advisor for Mesirow Financial, said. “When Chris and I thought about putting together this camp [after Wroblewski and another HPHS basketball graduate, Josh Bartelstein, ran a summer basketball camp in Highland Park last summer], the first thing we decided was, ‘Let’s do this for a cause.’ The first cause we thought about was the foundation for Rory.”

The Rory David Deutsch Foundation has raised more than $8 million since 1998. Eight. Million. Most funds are earmarked for pediatric brain cancer research. There is a professorship in Rory’s name at Duke University, where Mike Krzyzewski — a close friend of Ross and a perennial Rory David Deutsch Foundation benefactor — coaches men’s basketball. There is an endowment in Rory’s name at Lurie Children’s Hospital in Chicago.

“We hope to accomplish two things during the camp,” Meuser, a four-year varsity point guard at HPHS and a University of Michigan graduate, said. “One, how you can improve as a basketball player. Two, to understand you’re a part of something bigger, something great, when you’re a member of a team. There’s so much more to basketball than the individual and the individual accomplishments.”

Wroblewski (HPHS, ’08), a shooting guard and another four-year varsity hoopster for Giants teams, played basketball at Cornell University, helping the Big Red reach the Sweet 16 at the NCAA Tournament in 2010 — his sophomore season.

“Ross was at the game,” said Wroblewski, who works for the Goldman Sachs assets management group in Chicago. “He also showed up for my last game in Ithaca [New York, in 2012]. That meant so much to me, each time. Ross is a father figure, an instrumental figure, in many of his players’ lives. I’ve known him since the fourth grade, maybe the third grade. He’s been a constant.

“When I played in high school, he wasn’t concerned about just basketball. Ross was also about the grand scheme, the bigger picture, life lessons you could learn through basketball.”

“Rory,” Ross said, “is the reason I pursued my passion — coaching. I met [HPHS boys varsity coach] Paul Harris in the summer of 2002, at Elm Place School, months after his team made it to state [Elite Eight]. He’s a good friend, and I still consider him my mentor.”

Ross and Mindy have four children: sons Robbie, 23, and Rickey, 21; daughters Reggi, 17, and Roxie, 15. The kids ‘R’ all right, siblings forever of a boy who enjoyed learning about the planets and anything else related to the solar system.

Rory liked to look up and marvel.

A couple of former HPHS stars can’t wait to inspire kids on a basketball court next month. Can’t wait to dish an assist to the Rory David Deutsch Foundation.

For more information about the North Shore Elite camps and to register for either one day ($75) or two ($125), please visit the eventbrite web pages. Type “eventbrite north shore elite basketball camp”. 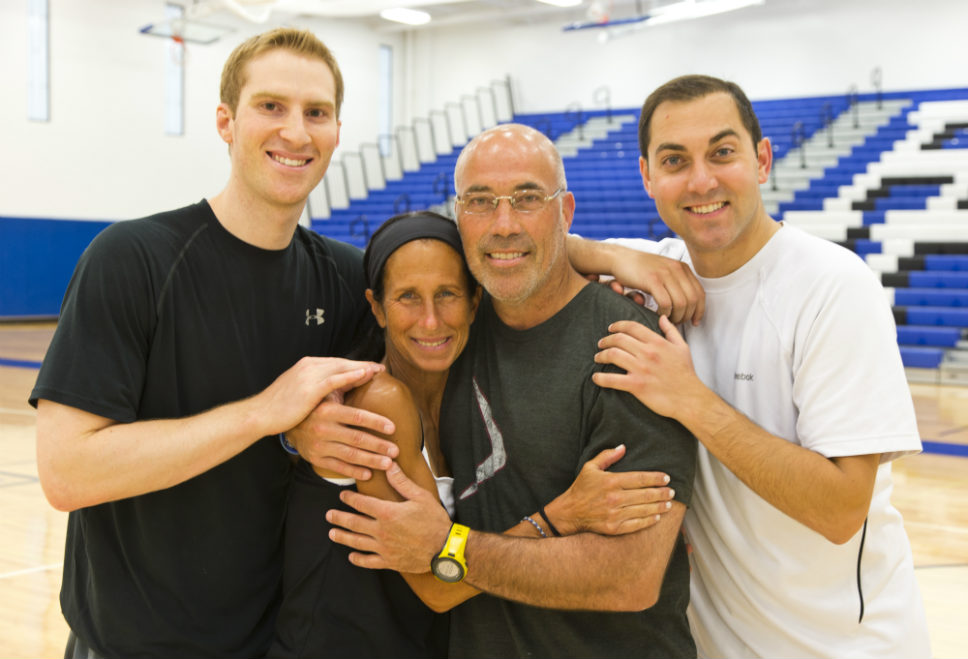