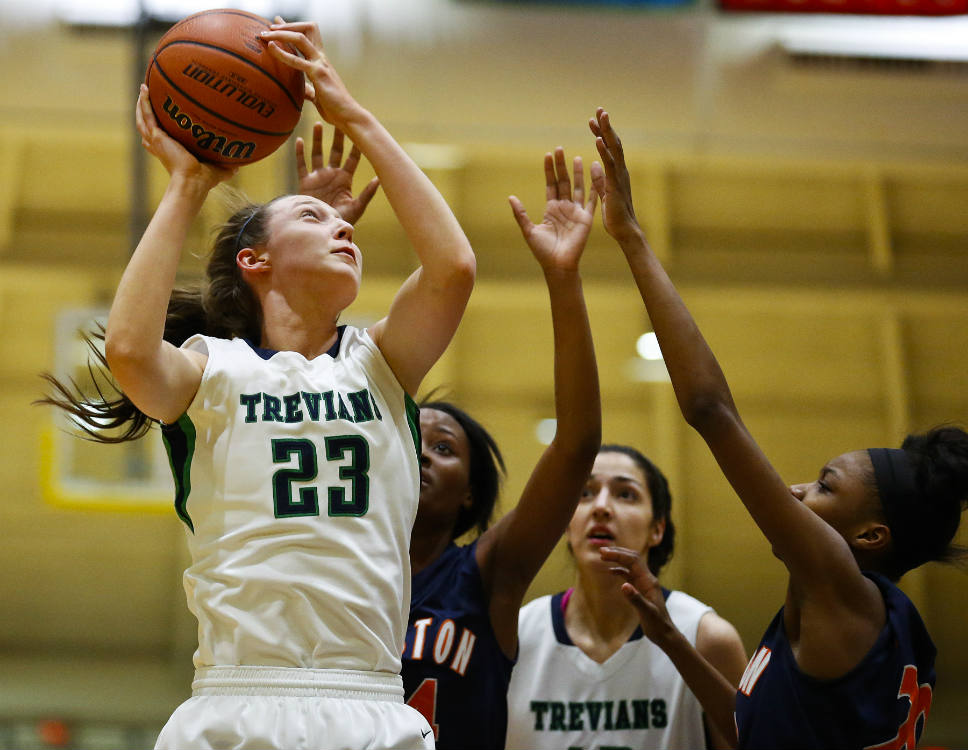 Jeannie Boehm, a 2016 New Trier grad, is playing on the USA Women’s U18 National Team. PHOTOGRAPHY BY JOEL LERNER

Playing on the USA Women’s U18 National Team proved to be a golden opportunity for Jeannie Boehm.

Boehm, a four-year starter on the girls basketball team at New Trier, averaged 7.8 points and 7.2 rebounds for the USA in the 2016 FIBA Americas Championship in Valdivia, Chile.

The USA squad (5-0) defeated Canada 109-62 in the Gold Medal game on July 17 to win its eighth straight championship and improve its FIBA Americas record to 53-2.

Boehm played nine minutes in the title game and ended up with two points, five rebounds and one steal.

In the five-game set, the 6-foot-3 forward shot a team-best 72 percent from the field. Her 36 rebounds were third best on the team.

The Harvard University recruit teamed with some incredible talent. The USA outscored its opponents 520-241 and shot 51 percent from the field.

Boehm finished with five points and nine rebounds in USA’s 104-36 victory over Puerto Rico in the Medal Semifinals on July 16.

She was a headliner.

Boehm turned in a star performance in the USA’s 110-52 victory over Venezuela on July 15. She led all scorers with 20 points.

Coming off the bench, she also pulled down nine rebounds, including five on the offensive end. She was good on 8 of 9 field goals.

Boehm didn’t see a lot of time, but she was productive in USA’s 80-59 victory over Brazil on July 14.

In eight minutes of playing time, Boehm finished with two points, four rebounds, two assists, one block and one steal.

Boehm played 18 minutes and just missed a double-double in USA’s 117-32 win over Guatemala in the opening round of 2016 FIBA Americas U18 Championship at Valdivia, Chile on July 13.

Boehm came off the bench to tally 10 points and nine rebounds. She went 4-for-5 from the field and 2-for-3 from the foul line. Six of her rebounds were on the defensive end. She also added one assist.