HIGHLAND PARK – Despite the Transportation Commission’s recommendation not to support an all-way stop sign at the intersection of Park Avenue West and Beverly Place, City Council passed a motion to have an ordinance on July 25 for the installation of that stop sign.

Before the decision was reached at the July 11 City Council meeting, Mayor Nancy Rotering expressed concern about people trying to turn left out of the Highland Park Recreation Center on to Park Avenue West who “feel like they’re taking their lives into their own hands,” as well as the crowds crossing on football nights at Wolters Field.

“It seems like frankly you need a little more control on Park Avenue – not saying we need less,” said Rotering. “That seems like a second hot spot in addition to this Beverly intersection. I understand the traffic flow, but to me that’s a public safety risk as well.”

Councilman Alyssa Knobel explained that she’s had residents on both sides of the issue ask why the city can’t test the all-way stop sign. Knobel said something needs to be done, and if the results aren’t positive, the stop sign can be removed. She raised the question to Pasquesi.

Pasquesi said the reason the Transportation Commission doesn’t recommend all-way stop control is because “it’s intended to be used at intersections of approximately equal conflicting volumes. Here we do not have that, so it becomes an inefficient way to control traffic.”

“I feel a little guilty, because I think I started this several years ago and we’re still on it,” said Geraci. “I’m suggesting to you what Councilman Knobel suggested a few minutes ago. It wouldn’t cost the city anything to give this a six month trial. Six months would give us a justification one way or another. Instead of spending a ton of money on traffic signals or more studies, give it a try.”

According to the City of Highland Park, Geraci requested that the Transportation Commission consider a request to establish an all-way stop during a public hearing on May 25, 2016.

“Having attempted to get out on to Park Avenue at busy times during the day, I would consider that an inconvenience,  and not a safety issue,” said Blumberg. “At the Highland Park Country Club, the safety issue exists not because the volume of traffic, but because the entrance/exit at the east end of the lot is inclined upward toward the street and blocked by very large bushes. That solution is easy to arrive at without a traffic design or traffic stop.”

Kanapareddy said there were no reported correctable crashes in the last 12 months, and “arterial is the highest classification and most number of cars.” The required speed limit is 30 mph.

Pasquesi said residents of the Beverly Place neighborhood have expressed lack of support or opposition to a traffic signal at Beverly fearing that it will increase traffic.

“This is going to require more than a traffic signal warrant study where we look at numbers and add them up,” he said. “Park Avenue West is operating near capacity for a two-lane road, and it’s going to get worse in terms of volume increasing every year.” 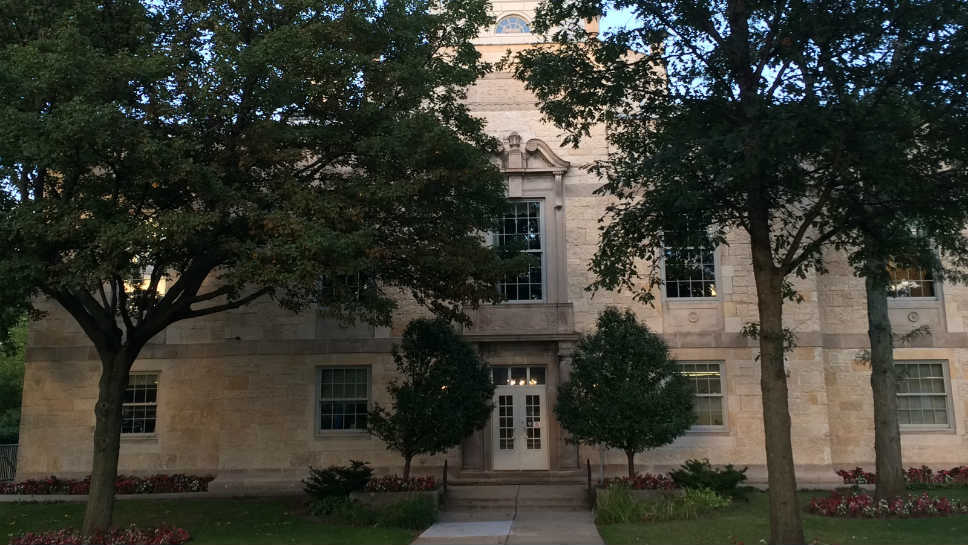