WINNETKA – Some three dozen storefronts and sidewalks on Lincoln Avenue and Elm Street will become impromptu showcases for adoptable dogs, puppies, cats and kittens from noon to 4 p.m. on Saturday, July 9, when PAWS Chicago and four local rescue and shelter organizations come to town for their Angels With Tails event.

Interested in adopting a shelter pet but want some time before you fully commit? PAWS, a no-kill shelter with adoption facilities in Highland Park as well as Chicago, offers a foster-to-adopt program. Here’s a story of one North Shore family whose foster dog soon became a treasured addition to their home: 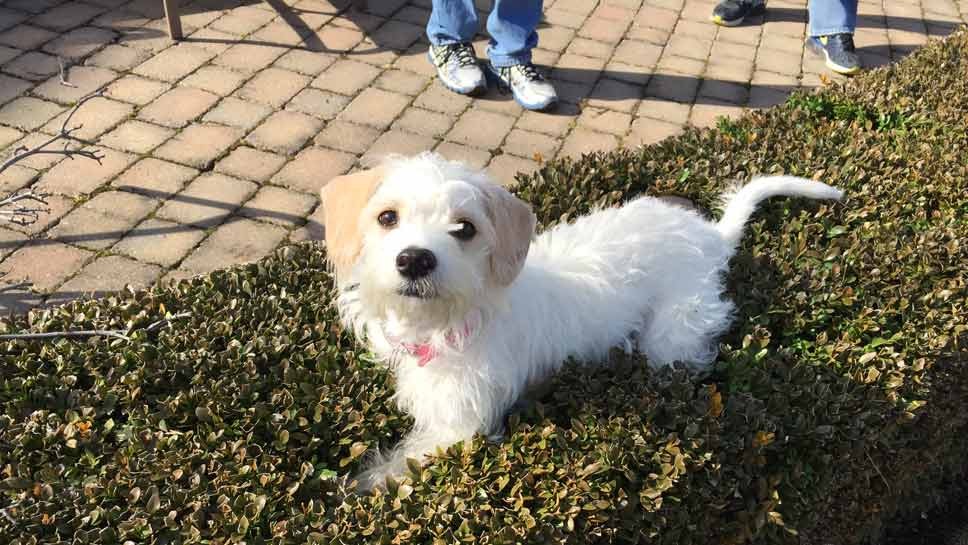 The Princess of PAWS

When David Klaskin brought home a sickly shelter dog to foster, he knew in his heart he was going to adopt the dog.

“We just fell in love with her,” said Klaskin, a divorced father who lives in Highland Park with his two daughters ages 8 and 11. “She is the most social dog we have ever been around. She is just wonderful.”

Princess, a small white terrier mix, was 6 months old when Klaskin brought her home. She was thin, sick with the flu and trembling in his daughter’s lap during the car ride from Chicago to the North Shore. Princess was nursed to health through the Klaskins’ care and medicine provided by PAWS Chicago, the shelter where the family found her. Within days she was running around the back yard and playing with the children.

Last year was a difficult one for the family.  Klaskin’s mother passed away, and shortly thereafter both of the family’s pet beagles died.  Klaskin, whose three previous dogs were from shelters, decided they would foster a sick dog with the option to adopt, something he had not been able to do when the beagles were living.

Since Klaskin has two children, he asked PAWS to select a few dogs that they could meet that were not aggressive, less stubborn than his beagles had been and easy to train. “PAWS can help you get the type of animal you want,” Klaskin explained, because the staff  tests dogs’ temperaments in order to make a good match with a family.

Klaskin said Princess turned out to be a perfect match for his family. She is very sociable, fun and loving, and she likes to be with them all of the time. They’ve been working with a dog trainer and find she responds well to training. “She instantly became a valued member of our family,” he said.

In fact, Klaskin said that after a difficult year, he feels better since adopting Princess. “They say it reduces stress and that is completely true for me,” he said.

One of the features of foster-to-adopt is that it gives people an opportunity to get to know the animal without fully committing. “The foster-to-adopt program gives you a chance to see how the dog gets along in your house,” Klaskin said. PAWS pays for all of the medical care, and it requires that the animal be spayed.

Klaskin said he recommends adopting shelter dogs. “I don’t think people realize how great a dog you can get (through adoption),” he said.

Angels With Tails pets will be showcased in 36 storefronts and sidewalks along Lincoln Avenue and Elm Street in Winnetka on July 9 from noon 4 p.m. All of the dogs, cats, puppies and kittens will be available for adoption.

For more information go to www.pawschicago.org. 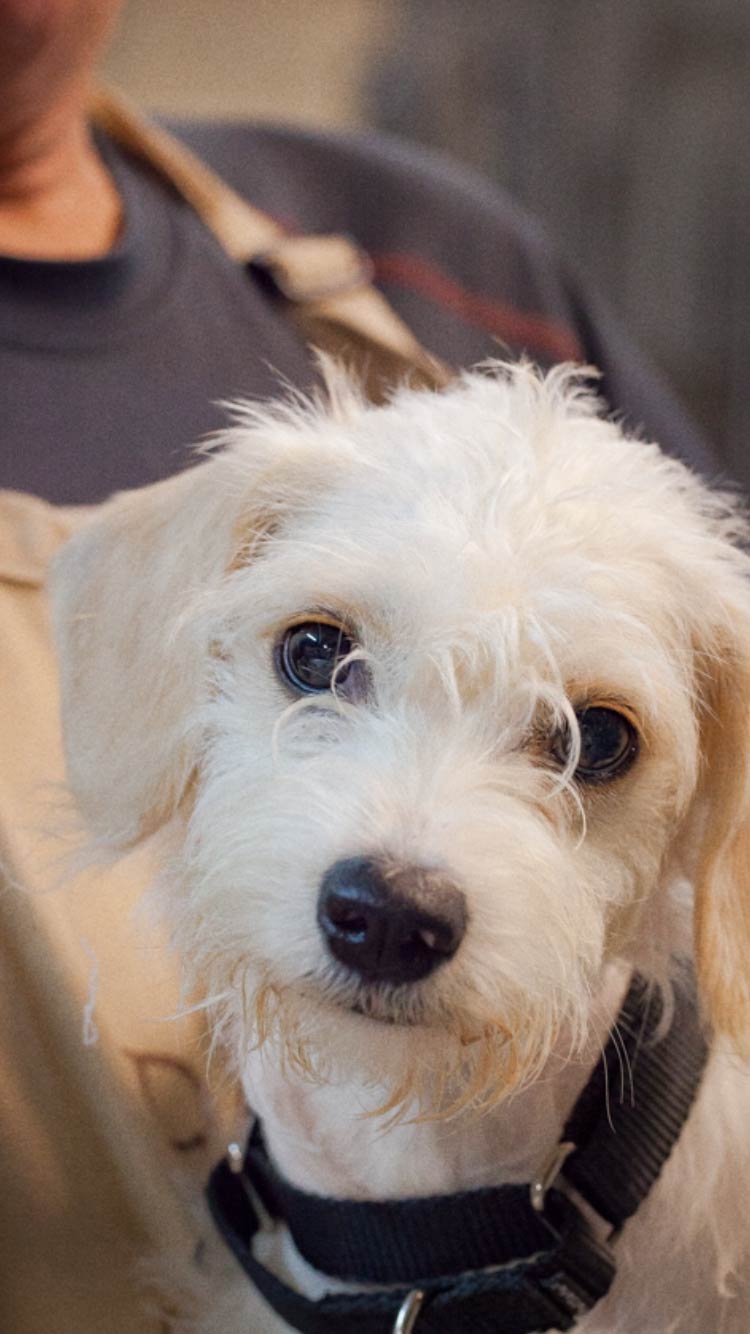