It’s not uncommon to hear a teenager exclaim, “This is my song!” Usually, it’s a song they particularly like on the radio or on Soundcloud. In the case of Grace Hale, however, it’s when a live orchestra is playing an atmospheric piece that she actually composed. That is her song. She wrote it.

“Film scoring has always been intriguing to me,” says Hale, who graduated from Lake Forest Academy (LFA). “When I was really little, watching movies, I would always pay attention to the music instead of following the film and then be lost. I always aspired to be a film composer.” 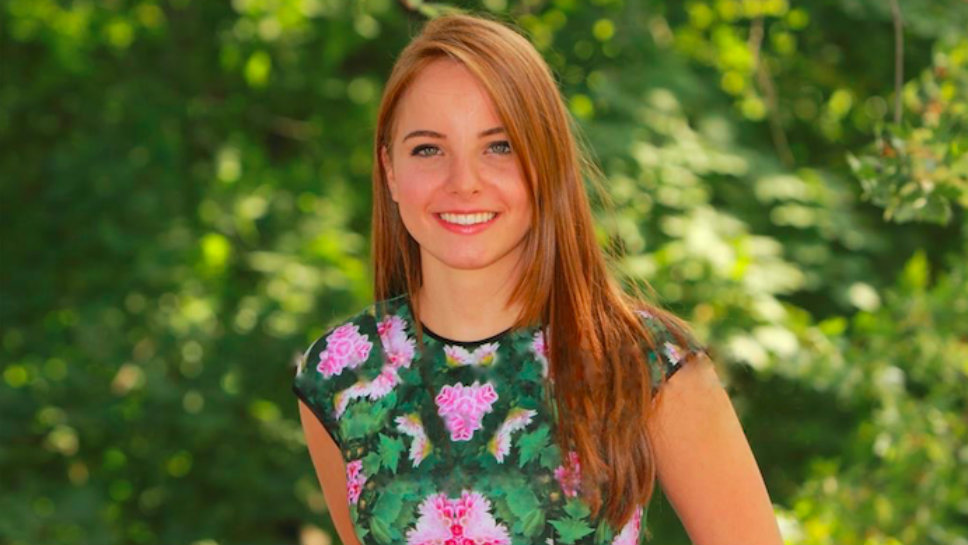 Her compositions have the moody escalation of dramatic film scores. Winding melodies that work through each section of the orchestra and epic, sweeping string parts with interludes for complex piano runs. Or the juxtaposition of long atmospheric tones against mysterious melodies that tug at the listener’s curiosity. Each piece definitely evokes spectacle as they vacillate in intensity and shades of darkness. They feel like the scores to intense thrillers or epic gothic tragedies.

She began taking piano lessons when she was 5. By 10, she had tired of the rigor of weekly lessons, but retained an affection for instrument, so she’d sit at the piano bench and come up with her own melodies. After awhile, she decided to write her compositions down using a music composition program called Sibelius.

The first piece she wrote was piano-only and she performed it her freshman year at a school chamber concert. Once she began writing chamber and orchestra pieces, her orchestra instructor, Adam Schlipmann, suggested she compose a piece for the whole orchestra to play during her sophomore year. “I thought he was kidding,” Hale says. “He wasn’t.”

“It’s completely different [than playing music] because it’s so tedious,” Hale says. “It almost makes music math. Every little detail, you translate to paper. It’s not the fun part, but it’s all worth it at the end, when you finally give it to an orchestra or chamber group and they transform it into something absolutely beautiful.”

Or something scary. As when she took a section of the film Night of the Living Dead and wrote a new score to accompany it for a school orchestra concert. The film was projected behind the orchestra as they played.

“When you compose music, it really is just tiny little baby steps until you get to your final product,” Hale says. “You have no idea how you got there, but it all comes together in the end.”