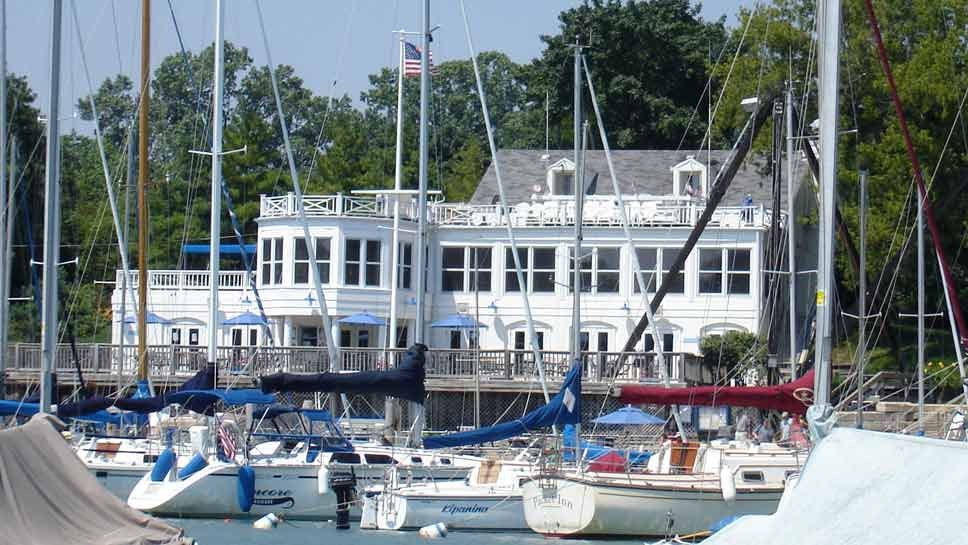 WILMETTE – The Wilmette Harbor Association (WHA) has leased the Sheridan Shore Yacht Club building, clearing up any uncertainty about the future of the historic clubhouse that has been a fixture on the Wilmette harbor for decades.

The WHA entered into a lease for $91,292 per year with a lease term of 36 years, according to Allison Fore, public and intergovernmental affairs officer for the Metropolitan Water Reclamation District (MWRD). “The MWRD is pleased that Wilmette can continue to make use of the Yacht Club,” Fore wrote in an email to Daily North Shore on June 27.

The MWRD owns the land and clubhouse at 20 Harbor Drive, that sits on the perimeter of Gillson Park and adjacent to the harbor. MWRD also owns the water rights as well as the bordering land, which are leased to the WHA.

In January, the MWRD opened initial public bidding on the property with an appraised value of $1,385,000 million. MWRD offered a 36 year lease with a minimum annual rent of $138,500.

Sheridan Shore Yacht Club bid on the lease in January, but decided to withdraw its bid in February because the rent was too high. Sheridan Shore vacated the clubhouse in March. The Wilmette Park District also considered bidding on the lease but decided against it, primarily because of the potentially high cost. The MWRD discussed the issue at a board meeting in April, ultimately setting the minimum annual bid at $83,100 for a 36 year lease.

The WHA entered the lease only last week and is uncertain what its plans are going forward at this early stage. “There is a plan but it changes every hour,” Hyde Pierce, executive director of WHA told Daily North Shore. Pierce estimates that in the next six to seven months the WHA board of directors will form committees to consider how to best utilize the building. “The details are a long way down the road,” he said.

According to Pierce, the WHA bid on the lease because it was good for its membership. “It was much more viable for the Wilmette Harbor Association to make it a good value for our members,” he said. Pierce noted that it was a possibility that the Sheridan Shore Yacht Club could return to the clubhouse, but it was too soon to know at this point. Pierce said that the WHA was unable to plan ahead because it don’t know whether or not it would secure the lease.

“We are looking forward to the continued relationship between the Sailing School and the Wilmette Harbor Association,” Zachary Hernandez, the sailing school’s Director wrote in an email on June 23. “Now that the lease has been finalized, we can focus on what we’re here to do, coaching sailing and making sure that everyone is having a great time”.