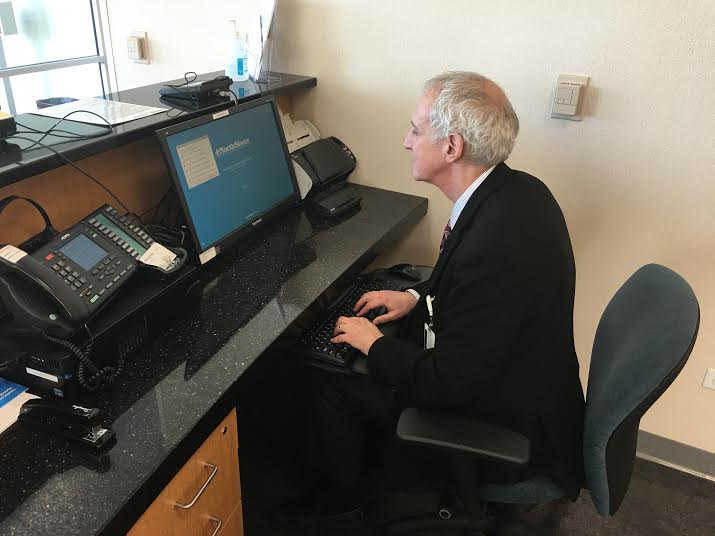 Suicide has replaced homicide as the second leading cause of death in the United States among adolescents. Accidental loss of life remains at the top of the list, and homicide is now third, according to an article published June 27 in Pediatrics, the journal of the American Academy of Pediatrics, by Dr. Benjamin Shain, a Highland Park psychiatrist.

Shain, who practices with NorthShore University HealthSystem in Deerfield, said he cannot pinpoint the reasons for the change, but he said it is important pediatricians keep an eye out for risk factors, and that other people coming in touch with young people do the same.

Things to look for include mood disorders, reasons for stress like bullying, doing things harmful to themselves and changes in social behavior, according to Shain. He said discerning intent is critical.

“It they take 50 pills, that’s an overt attempt,” Shain said. “If they take eight pills thinking I might die that’s an attempt in my book too.”

The latest statistics from the Center for Disease Control can have some crossover, according to Shain. He said a drug overdose can be a suicide or an accidental death depending on the circumstances. That does not mean the warning signs for one might not indicate the possibility of the other.

“If you take narcotics with the intent to get high, that’s accidental,” Shain said. “Most drug overdoses are accidental.”

The CDC statistics define adolescents as people from 15 to 19, but Shain said children can be at risk as young as 12.

While Shain said parents, teachers and others who come into contact with young people may not be trained like a pediatrician to spot risk factors, they should watch mood swings, emotional changes and different behavior.

In his Pediatrics article, he wrote: “Adolescent boys 15 to 19 years old had a completed suicide rate that was three times greater than that of their female counterparts, whereas the rate of suicide attempts was twice as high among girls than among boys, correlating to girls tending to choose less lethal methods. The ratio of attempted suicides to completed suicides among adolescents is estimated to be 50:1 to 100:1.”

Andy Duran, the executive director of LEAD (Linking Efforts Against Drugs) said that removing the stigmas attached to metal illness can help motivate treatment for depression and other factors that can lead to suicide.

“Mental health is a disease like breaking an arm,” Duran said. “We have to treat illnesses above the neck the same way we treat the rest.”

Duran also said people beyond parents and teachers should be aware of suicide warning signs and take action when appropriate. He said parents should be careful about messages around the home.

“A gun in the house whether it’s loaded or not, under lock or not, can increase the use of suicide,” Duran said. “There are coaches, leaders at clubs and others who can notice signs,” he added, referring to additional people who may notice warning signs.

Duran, who originated the Text a Tip program to give teens an anonymous way to help themselves and others, said he recommends that method to help. He said people can text a message to 274637 starting the message line with 847Help and then add the message.

Lake County State’s Attorney Mike Nerheim, whose office comes in contact with teen death from all three of the top causes, said it is important to train law enforcement officers to spot signs of mental illness so they can help people get treatment rather than punishment. He said this is important in preventing drug overdoses whether self induced or accidental.

“We need to get more officers trained,” Nerheim said. “If a police officer comes into contact with someone with mental illness two things can happen and neither are good. The person can wind up in jail or the emergency room. The officer needs to know how to assess the person so they can get treatment instead.”

Nerheim said he estimates 40 percent of Lake County Jail inmates have some form of mental illness. Like Duran, he considers it a disease requiring treatment rather than punishment.