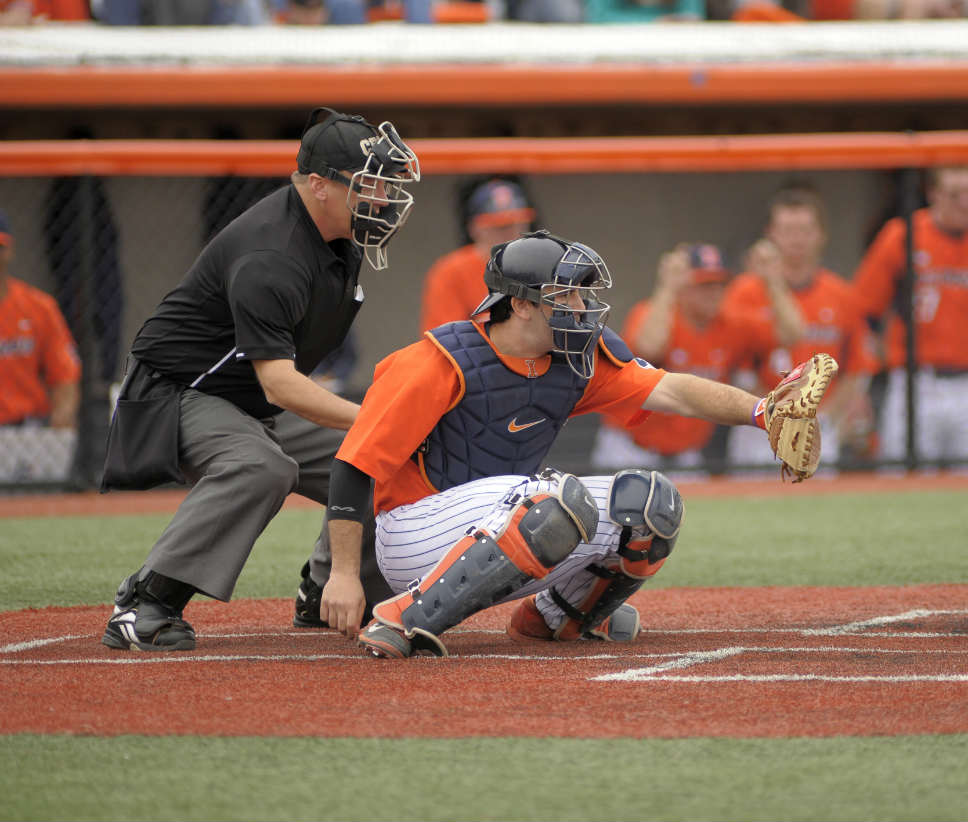 Jason Goldstein, seen here catching for the University of Illinois, has signed a pro contract with the Seattle Mariners. PHOTOGRAPHY BY THE UNIVERSITY OF ILLINOIS

Catcher Jason Goldstein is set to start his pro career.

According to MLB.com, the ex-Highland Park High School star has signed a contract with the Seattle Mariners. He was selected in the ninth round of the June Free Agent Draft earlier this month.

It’s been a good month for Goldstein. The University of Illinois standout also was named a Senior CLASS All-American. He is one of five student-athletes in the nation to earn the award. It’s given to NCAA Division I seniors who excel in community, classroom, character and competition.

Goldstein, who made 194 starts for the Fighting Illini, had a career batting average of .289 with 16 homers and 116 RBIs. His slugging percentage was .410.

Gould, who just finished his senior season with William & Mary, was picked in the 26th of the MLB June Free Agent Draft. The first baseman had a celebrated career at William & Mary. He recently was named to the ABCA/Rawlings All-East Region Second Team. He hit .329 this spring for the Tribe with five homers, 22 doubles and 46 RBIs.

Hall, who just completed his junior season at Elon University, was drafted in the 14th round of the MLB June Free Agent Draft as a pitcher.

This spring, Hall became the closer for the Phoenix. He had 10 saves to go along with a 2.93 ERA in 24 appearances.