WINNETKA – Village residents energized by the Save Crow Island Woods campaign aimed at preventing the woods fem becoming a stormwater retention area have redirected some of that energy toward restoration of the park by forming Friends of the Crow Island Woods.

The Friends are a community of neighbors and residents all passionate about Crow Island Woods. They plan to mobilize to reinvigorate the 100-year-old park just south of Willow Road.

On June 26, the group held an inaugural picnic that was open to anyone who was interested in learning more about them. The mood at the event was festive — BackYard Nature Center was on hand to provide tours of the woods, children enjoyed nature games and a grill was fired up to provide refreshments. 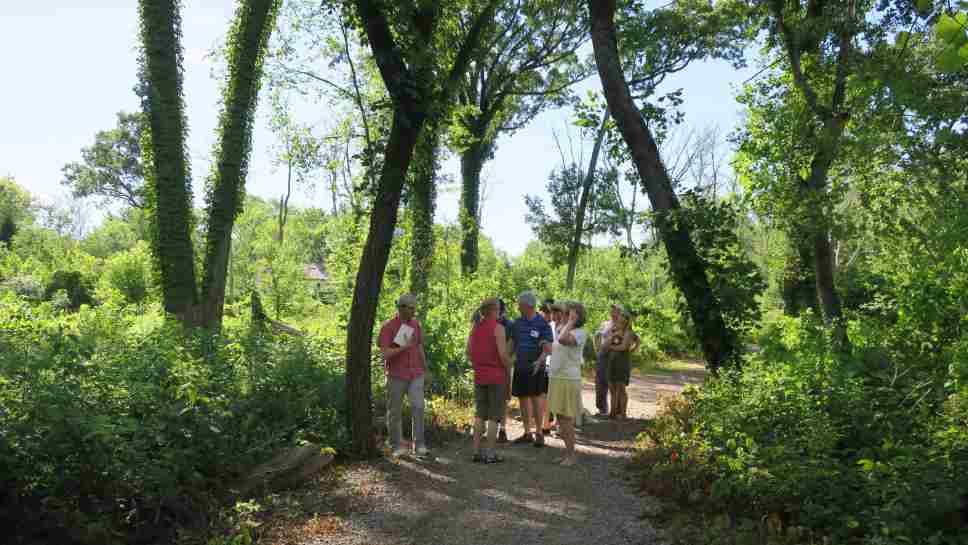 Residents on a nature tour in Crow Island Woods.

“This is our stab at doing something really good for the woods,” Chris Crone, a Winnetka resident and one of the organizers, told Daily North Shore. Crone, along with fellow resident and neighbor Jeff Franzen, organized Save Crow Island Woods in response to consultants Strand Associates’ proposal to pipe stormwater to a five-foot-deep above-ground standing pond located in Crow Island Woods. The proposal is one component of a larger effort to solve the flooding issues that plague western and southwestern Winnetka. 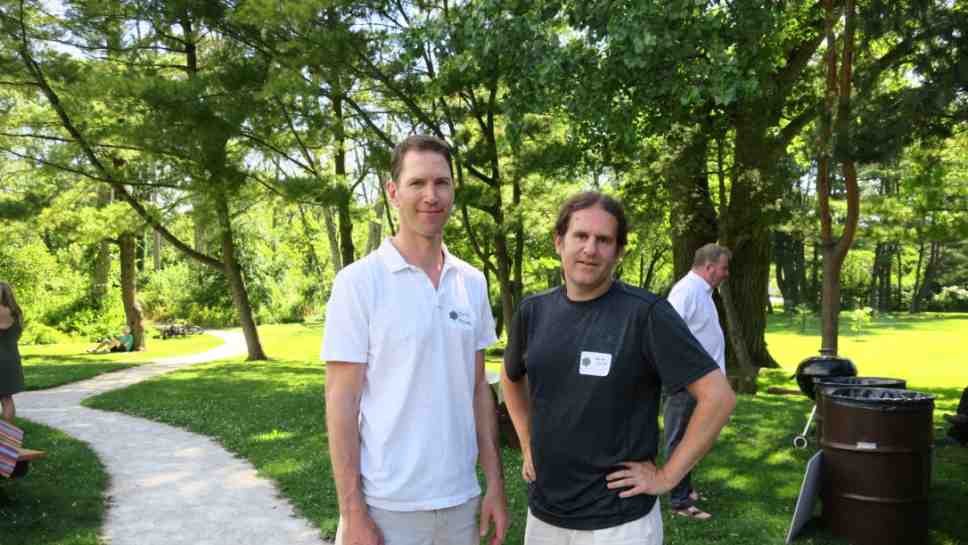 But the focus of the June 26 event was not the stormwater plan — although residents in attendance were certainly discussing the issue and asking questions — rather, the focus of the gathering was on protecting the woods as they currently exist.

“We are a group of neighbors and interested people who love the woods and want to put action and potentially funds into the woods,” Franzen told Daily North Shore.

While the Park District has planted several trees in the park this spring, the woods was hit hard by the Emerald Ash Borer — a type of beetle that damaged and killed many mature Ash trees. Indeed, visitors will see a cluster of dead Ash trees on the edge of the path upon enter the woods.

Franzen noted that while the Park District takes good care of the park, it has to allocate its resources to many areas throughout Winnetka. The Friends hope to raise money that would alleviate some of the Park District’s burden. “My hope is to reinvest in the woods to keep them going for the next century,” Crone said.

Ben Keller, a naturalist with BackYard Nature Center, described Crow Island Woods as representing a diversity of ecosystems, including a savannah, prairies, sedge meadow and woodland. While Keller noted the woods could benefit from a burn to get rid of some of the invasive species that can be found in the underbrush, he said the woods is considered healthy and high quality.

While Friends of Crow Island Woods is an outgrowth of the more politically active group Save Crow Island Woods, both Crone and Franzen said its focus will not be on village politics, but instead on supporting and reinvigorating the park.