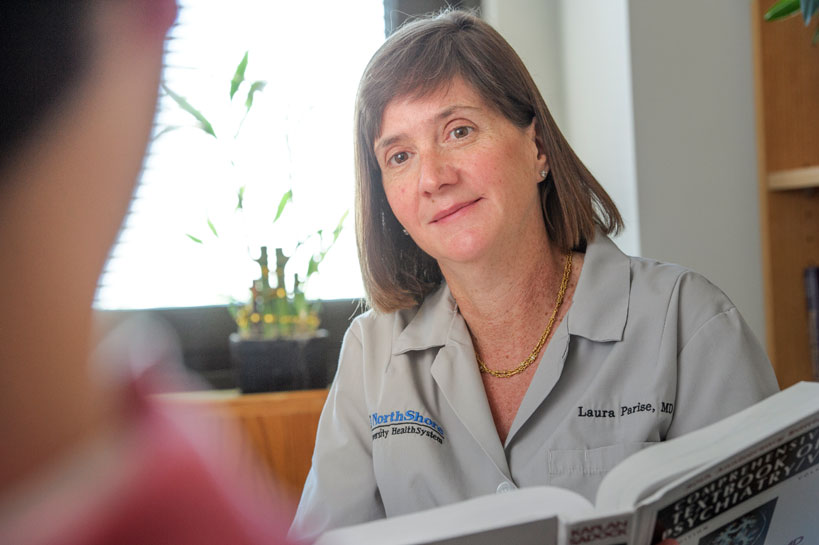 Prince died from an overdose of a drug that many people keep in unlocked medicine cabinets along with other easily accessible and equally dangerous painkillers. Fentanyl is a powerful synthetic opioid analgesic that is similar to morphine but up to 100 times more potent, according to the National Institute on Drug Abuse.

What happened to Prince is not unique to rock stars — drug overdose is a national epidemic, according to the Centers for Disease Control & Prevention, which in late 2015 reported that the rate of deaths since 2000 from drug overdoses increased 137%, including a 200% increase in the rate of overdose deaths involving opioids (opioid pain relievers and heroin).

To learn about fentanyl and its risks, Daily North Shore interviewed Dr. Laura Parise, medical director of The Doreen E. Chapman Center of NorthShore University HealthSystem, which treats individuals struggling with substance use disorders. An addiction psychiatrist, Dr. Parise works with patients who range in age from 18 to 85.

Daily North Shore asked Parise to talk about fentanyl and addiction, and what people can do to protect their families. One important word of advice: seek treatment for mental health issues. “Addiction more often than not co-occurs with mental health issues, and if either go untreated the prognosis is poor,” she said.

A: You need only look as close as the medicine cabinet at home. Our population is aging. Elderly people with chronic pain, cancer patients, and even caregivers have access to fentanyl. The take home message is the access that children and teenagers have to medicine cabinets — whether it’s Oxycotin, Vicodin, Percoset, Norco, or fentanyl, which are all types of opiates (narcotics). It’s also available online and on the street.

Q: What happens to the body when someone is using fentanyl?

A: With high potency opiates comes a high risk for overdose due to respiratory depression. Opiates cause slowed breathing and an overdose can actually stop breathing. It works in the area of the brain where the breathing center is located. This causes a very high potential for death when overused.

Q: How long has fentanyl been around?

A: In the late ‘70s fatalities were occurring that looked like heroin, but the toxicology reports were negative for heroin. Soon it was discovered that synthetic opiates, i.e. fentanyl, better known as China White, were the cause. Only taking a small quantity could result in an overdose. It’s a very potent drug that is hundreds of times more potent than morphine, which is still true today.

Q: Who is likely to abuse fentanyl?

A: It starts out with patients and gets into the wrong hands of teenagers and others.

Q: What is the legitimate use for fentanyl?

A: When used appropriately, it’s used to treat pain especially in cancer patients. 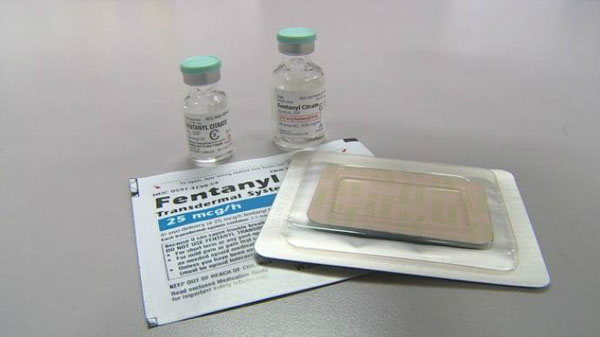 Q: How is it consumed?

A: Fentanyl is available in a skin patch also known as a Duragesic patch; a tablet that dissolves under your tongue; injections; and it even comes in a lollipop form.

Q: Although fentanyl is considered to be more powerful than heroin, how does it compare in price?

A: Street value of fentanyl is 50 cents to a dollar per microgram. A patch comes in 25 or 50 micrograms. Patches would range from $12.50 per 25 microgram patch up to $50 for a 50 microgram patch, while heroin is very inexpensive at five to ten dollars a bag. The street value varies on purity. A bag you use for a high, and a patch stays on your skin for days. Heroin is extremely inexpensive.

Q: How would a parent know if their teenager is using fentanyl or other opiates?

A: Some of the warning signs of drug use include: a change in peer group, isolation, moodiness, change in behavior, decline in grades, and becoming more unkempt.

Q: How are people with an overdose treated?

A: There is an antidote to opiates called Naloxone. In Lake County, there have been more than 100 overdose reversals from Naloxone by law enforcement since December of 2014. In addition, an advisory panel to the FDA endorsed mandatory training for doctors who prescribe opiate pain killers.

Q: What is the best course of treatment for opiate fentanyl addiction?

A: Addiction is a chronic disease. It affects both brain function and behavior. Most people who have a substance use disorder use multiple substances. No single treatment is right for everyone, but people have to have quick access to appropriate treatment. If we cannot diminish the stigma of addiction, we’re not going to help.