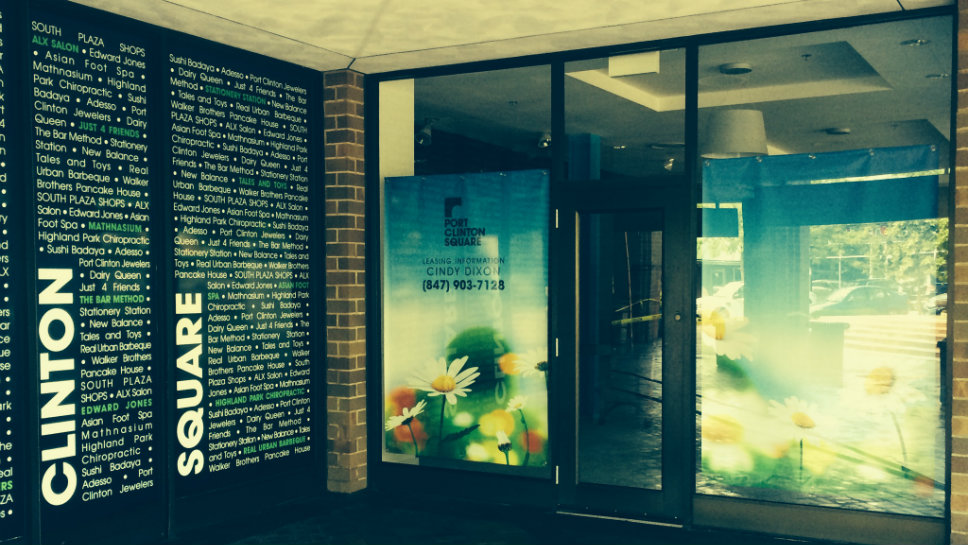 Driving around the North Shore, empty storefronts are visible in every downtown retail district, which could lead people to believe the economy is not recovering as fast as many would like. But things may not be as they seem.

Downtown Highland Park has nearly four times the retail vacancy rate as Lake Forest’s central business district, but overall vacant storefronts along the North Shore are not alarming, according to local officials.

An eyeball count of storefronts in downtown Highland Park between June 3 and 6 shows 30 vacant storefronts, excluding those with signs indicating a new tenant is coming soon.  “Some of those spaces that appear vacant are under consideration for redevelopment,” said Carolyn Hersch, the city’s community development director, in an email to Daily North Shore. “Some brokers leave their ‘For Lease’ signs in place after a space is leased for future business attraction for their other properties, or to build their connections for the future.”

According to officials in the following communities, downtown retail vacancy rates are:

North Shore municipalities use different ways to calculate their vacancy rate. In Lake Forest vacancy is determined by the total amount of retail square footage in the downtown area against the unoccupied square footage, according to Susan Kelsey, the city’s economic development officer. It is the same in Highland Park, according to Hirsch.

Winnetka does not include unoccupied space that is not on the market, according to Denise Dahl, the village’s economic development coordinator. She said in an email to Daily North Shore that buildings like the one that once housed The Fell Company are not ready to lease and therefore not included in the village’s retail vacancy rate calculation.

Lake Bluff Village Administrator Drew Irvin said he did not have a vacancy percentage available but the village’s downtown has only one empty unit of its 36 storefronts. Glencoe, Kenilworth and Glenview do not keep statistics on retail vacancy, according to officials.

Some in the real estate community question the numbers. Jonathan Plotkin, a broker specializing in retail leasing, said he believes vacancies are higher than the communities are reporting. He said some micro markets on the North Shore are doing well but the general state is not as good as reported.

“That’s ludicrous,” Plotkin said referring to the reported range. “It’s much higher than that. It’s well over 10 to 15 percent. The area is overstored.”

An accurate calculation of vacancy on the entire North Shore is difficult to ascertain both because not all municipalities keep statistics and those that do use different measurement parameters.

The overall vacancy rate in Lake Forest is 2.6 percent with the central business district at 2.21 percent and the area on Waukegan Road at 5.21 percent, according to a presentation Kelsey made to the Lake Forest City Council in April. Most of the city’s retail businesses—85.5 percent—are downtown.

One reason may be the longevity of some of those stores and other Lake Forest companies, according to Kelsey’s presentation. Of the city’s 133 businesses, not all of them retail, 12 have been around more than a century and 36 more than 25 years.

In Wilmette, the village has a current 5.92 percent vacancy rate for all retail areas including downtown, Edens Plaza and other smaller shopping districts, according to Lucas Silverstein, the town’s business development planner. He said the vacancy rate has hovered between 4.98 and 5.92 percent over the last few years.

Winnetka includes all three of its business districts—Hubbard Woods, Indian Hill and downtown Winnetka—in its vacancy count, according to Dahl. She said it was 12 percent a year ago. She also said the rate dropped dramatically because the village is easing the way for businesses to open.

Plotkin said several factors contribute to empty storefronts along the North Shore. These include landlords keeping property on the market longer than necessary waiting for higher rent, which never comes, or because they are hoping for a marquee tenant. He said another reason is property owners not trying hard enough to retain existing tenants.

“The North Shore has a lot of good local merchants who pay their rent every month on time,” Plotkin said. “They’ve been around a long time.”

Sometimes the better decision is keeping an existing tenant for a lesser rent increase rather than letting a space go vacant hoping for a big payday, according to Plotkin.