Summer is here and that means it’s barbeque season. While out-door gatherings are one of the best parts of summer, the warmer temperatures can bring an increased risk of foodborne illness. Bacteria in food multiply faster at temperatures between 40°F and 140°F. STOP Foodborne Illness, a national, nonprofit, public health organization dedicated to preventing illness and death from foodborne pathogens, wants you to be prepared to have a fun, food-safe summer.

Tips for Grilling Out

Everyone loves a great BBQ, but understanding how to prepare food safely before, during, and after your meal is especially important in the summer.

Food safety starts at the grocery store. Keep meat juices from dripping on produce and other groceries by wrapping meats and poultry in plastic bags. Be sure to keep them separate from other food items in the cart.

Meat, poultry, and other perishable items should be the last to go into your grocery cart and the first to go in your fridge. Bring a cooler with ice when transporting raw meat and poultry home, especially on hot days over 90°F.

When preparing your meal, make two batches of sauce, one to marinade raw meat in and another to baste cooked meat. Always marinate food in the fridge. Grill meat to a safe internal temperature. Using a meat thermometer is the only way to know if meat is fully cooked—don’t guess!

Check the temperature at the thickest part of the meat, and sanitize the point in between readings.

Use separate utensils and dishes for raw and cooked food. Do not serve cooked food on platters that were used to transport raw food to the grill unless they have been washed thoroughly with soap and hot water. The same is true for spatulas, tongs and other utensils. 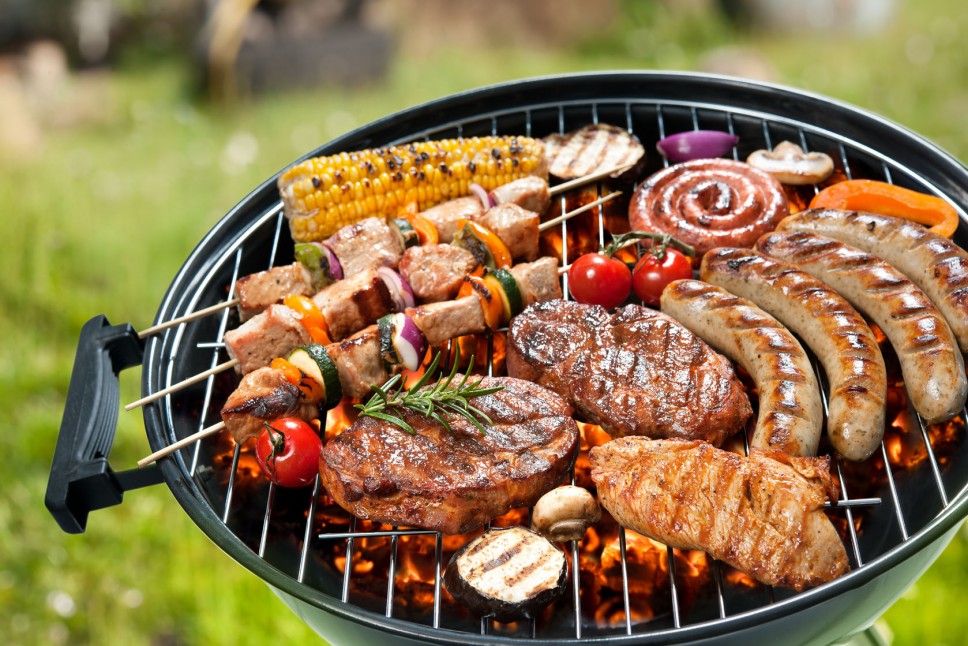