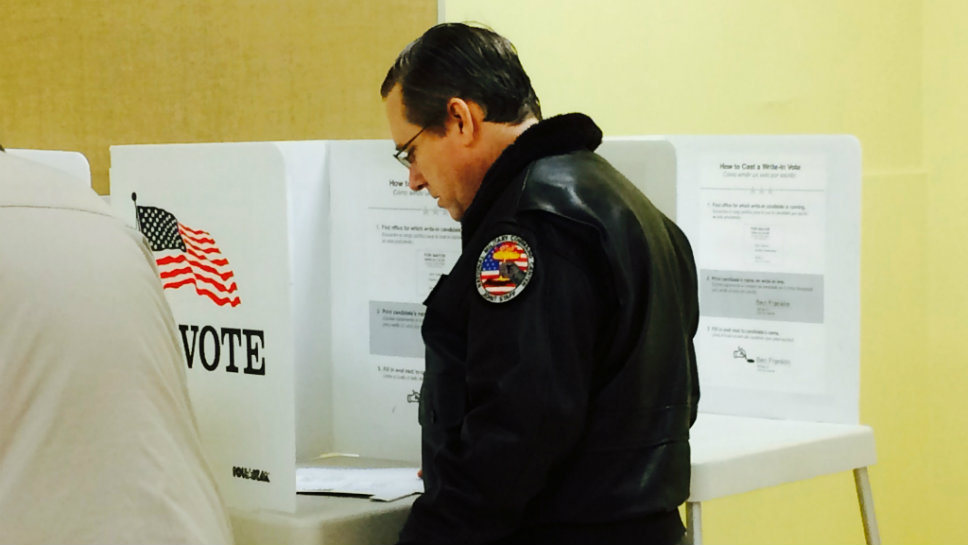 “I have spent my life building bridges and tearing down barriers — not building walls,” Kirk said in the statement. “That’s why I find Donald Trump’s belief that an American-born judge of Mexican descent is incapable of fairly presiding over his case is not only dead wrong, it is un-American.”

Kirk was reacting to statements Trump, the presumptive Republican nominee for president, made accusing United States District Court Judge Gonzalo Curiel of being unable to fairly decide a class action fraud lawsuit against the now defunct Trump University because of the judge’s Mexican descent, according to a story published on Politico.

Shortly after Kirk issued his statement, Trump defended his attack on Curiel in the face of criticism not only from Kirk but also other leading Republicans, including House of Representatives Speaker Paul Ryan (R-Wis.), according to CNN.

“Due to what I believe are unfair and mistaken rulings in this case and the judge’s reported associations with certain professional organizations, questions were raised regarding the Obama-appointed judge’s impartiality,” Trump said in a statement to Politico. “It is a fair question. I hope it is not the case.”

Kirk is not alone among North Shore Republican lawmakers criticizing Trump and refusing to support him. Rep. Robert Dold (R-Kenilworth), first said he would not support Trump after the GOP candidate’s criticism of Sen. John McCain (R-Ariz.) in July.

“I said last year after Donald Trump disparaged the service of our nation’s POWs – including my uncle – and then used countless offensive remarks against women, Latinos and Muslims, that I will not support him for President,” Dold said to Daily North Shore.

Dold’s reaction to Trump’s statements on Curiel showed vitriol like Kirk’s. He said it comes at a time when Americans need to come together and not be driven further apart. Dold has previously said he will not support the Democratic nominee either, according to campaign spokesperson James Slepian.

“Donald Trump’s continued discriminatory comments are appalling, unacceptable, and only drive people further apart at a time when our country needs leaders with a vision to bring people together,” Dold said in the statement.

After Trump secured the Republican nomination in May, Kirk said he would back the nominee of his party. On June 7, Kirk said he had hoped Trump would decelerate his statements as the campaign progressed but the opposite has happened, prompting him to withdraw his support of the candidate.

“Donald Trump’s latest statements, in context with past attacks on Hispanics, women and the disabled like me, make it certain that I cannot and will not support my party’s nominee for president regardless of the political impact on my candidacy or the Republican Party,” Kirk said in the statement.

Kirk said though he opposes the presumptive Democratic nominee for president, former Secretary of State Hillary Clinton, he cannot support Trump not only because of his racist comments about Curiel but also because he is unfit to be commander-in-chief.

“Our President must be fit to command the most powerful military the world has ever seen, including an arsenal of thousands of nuclear weapons,” Kirk stated. “After much consideration, I have concluded that Donald Trump has not demonstrated the temperament necessary to assume the greatest office in the world.”