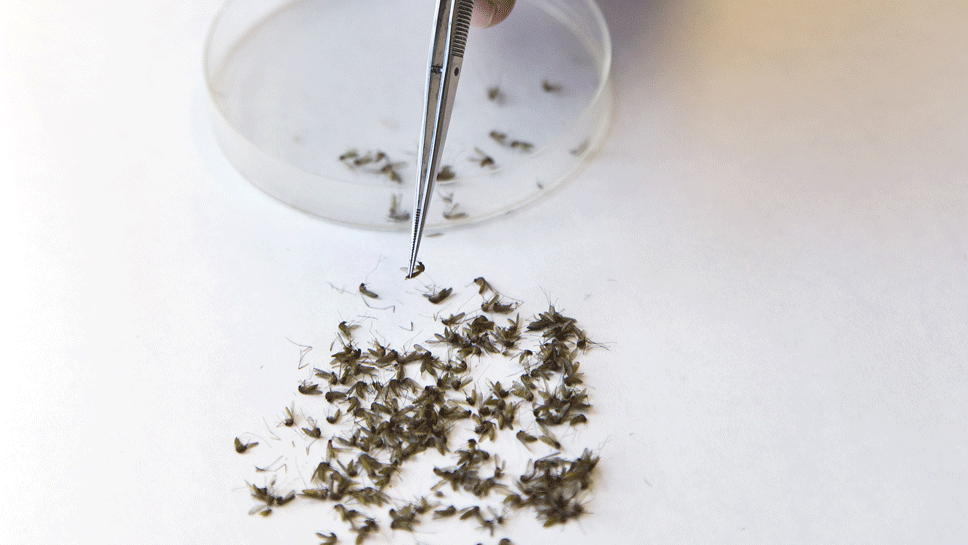 GLENVIEW — Mosquitoes containing the West Nile Virus are in Glenview and Kenilworth.

A batch of mosquitoes collected on May 27 from a North Shore Mosquito Abatement District trap in Kenilworth tested positive for West Nile virus in the agency’s lab on May 31.  Likewise, a trap of mosquitoes infected with the West Nile virus was found in Glenview May 25 and tests confirmed the insects were positive two days later. The findings prompted North Shore Mosquito Abatement District officials to urge caution among local residents.

In Glenview, the district tested mosquitoes from eight traps with one testing positive and the other seven negative, according to Dave Zazra, the district’s communications manager. He said this was the first identification of infected insects this year.

The district includes nearly all of Glenview as well as Northbrook, Glencoe, Northfield, Winnetka, Kenilworth and Wilmette plus other parts of north suburban Cook County, according to Zazra. He said these mosquitoes could be left over from last year.

“They are endemic to our area and keep recurring,” Zazra said. “This type of mosquito can survive over the winter. This was a very mild winter so it’s quite possible. When it warms up they emerge from the larvae.”

Zazra said all communities in the district had mosquitoes, mostly the culex pipien, which tested positive for the virus at some point over the summer of 2015.

People can take a number of steps to protect themselves both from bites and thwarting breeding grounds, according to Zazra.

“Avoid being out at dusk and dawn,” Zazra said. “If you are, wear loose fitting clothing and spray. Find a repellant you like and use it. There are some repellants you can put on your clothes too.”

The main places mosquitoes breed are standing water, according to Zazra. He said when people find standing water on their property either on the ground or somewhere else like a wheel barrow or container they should drain it.

“If you see it you should so something about it in five days,” Zazra said.

West Nile Virus is a bird born disease that gets into mosquitoes when they feed on the birds, according to Zazra. After that, people can be infected.

“They like to feed on some mammals including humans,” Zazra said.

Though the district has a plan in place should mosquitoes carry the Zika virus be found in the area, he said the possibility is highly unlikely.

“They are not in our area,” Zazra said. “The chance of anyone being infected by the Zika virus in this area are incredibly remote.”