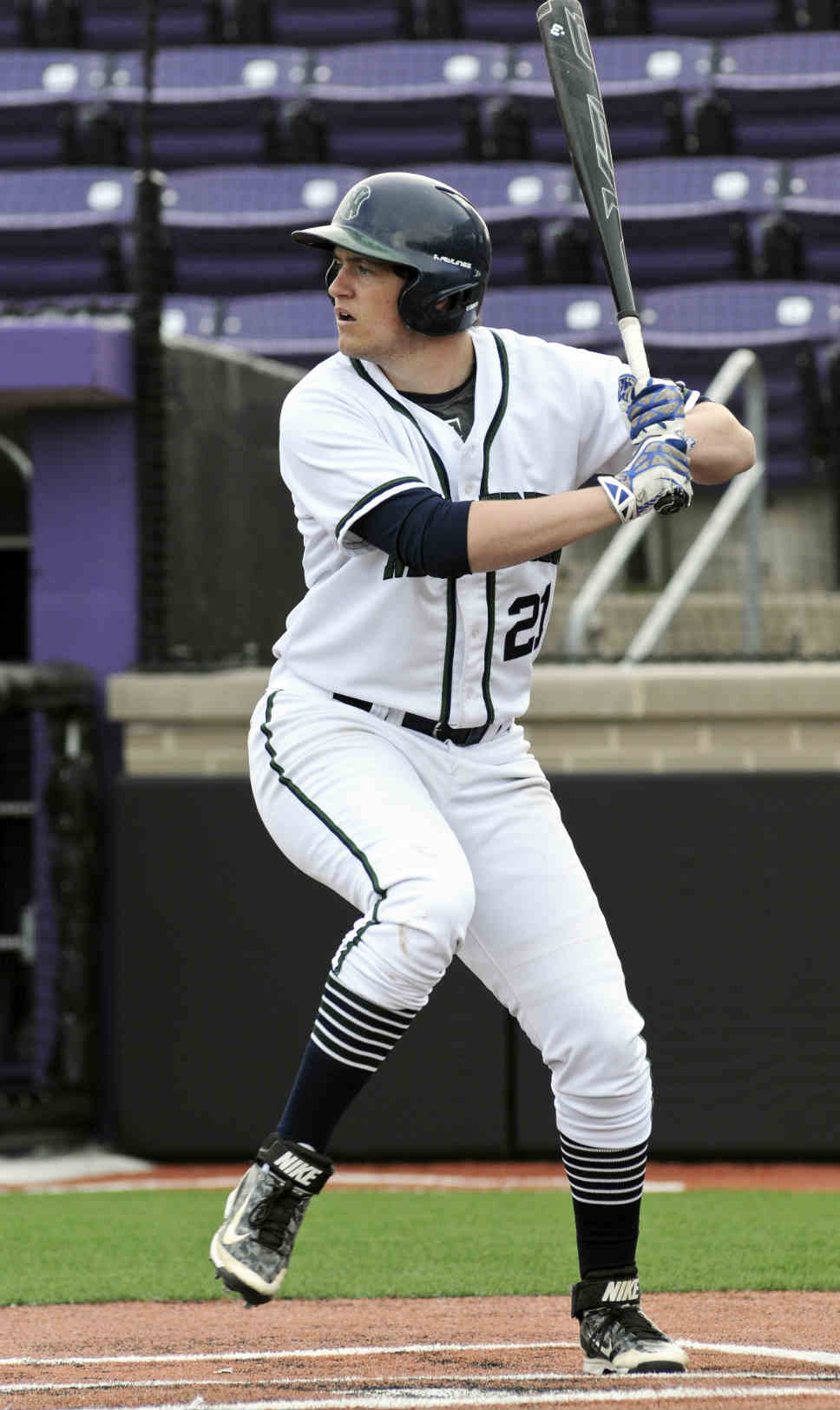 Ryan Acri, seen here hitting against Evanston at the game played at Northwestern University earlier this season, had a key RBI double in New Trier’s 5-3 win over Niles North in the Class 4A Niles West Sectional. PHOTOGRAPHY BY GEORGE PFOERTNER

Fishing holes have a way of pulling in the New Trier baseball player.

And if the fish aren’t bitin’, it ain’t no big deal to this New Trier baseball player.

“I go there to chill and relax,” says Acri, who usually gets his fishing buddy and fellow Trevian, Dylan McGuire, to come along.

Reeling in a random fish now and then is cool with NT’s No. 4 hitter. But the real competitiveness in Acri comes out on a ball field.

There was nothing casual with his play, when he helped the Trevians defeat Niles North 5-3 in the championship game of the Class 3A Niles West Regional on May 28.

Acri got pretty revved up for this one, especially when he got called on to close out the game.

Pitching mostly in long relief, this was Acri’s first save of the season.

The toughest out in a seven-inning game is out No. 21.

“I love the pressure situations,” says Acri. “It’s a great feeling [to get the save].”

His late-inning work made a nine-game winner out of senior left-hander Ben Brecht (9-0).

“He’s the life of the team,” says McGuire. “One of the funniest guys on the team. He’s always cracking jokes.

“And, he’s a really good player, too,” the teammate adds, “He’s got a great switch. He has a good time. But when it’s time to play, he can turn it on.”

In the opening frame against Niles North right-hander Jovanni Sanchez, the left-handed hitting Acri ripped a shot down the left-field line. The first-pitch double plated teammate Matt Kann to give NT a 1-0 lead.

“I was sitting on a fastball,” says Acri, who will be a student at the University of Iowa this fall. “I just took it the other way. I like going opposite field.”

He also likes Anthony Rizzo’s approach to hitting. His stance is similar to the one the Cubs’ all-star first baseman uses. He hangs over the plate.

“Naps [head coach Mike Napoleon] told me to crowd the plate,” says Acri, who has been using the technique since last summer.

Acri is football tough — he played defensive end and tight end for the Trevians last fall — so getting clipped a few times doesn’t faze him very much.

“It’s hard to get the ball inside on me,” says Acri, who also drew two walks in the regional final.

“Crowding the plate has made a big difference for me,” he adds.