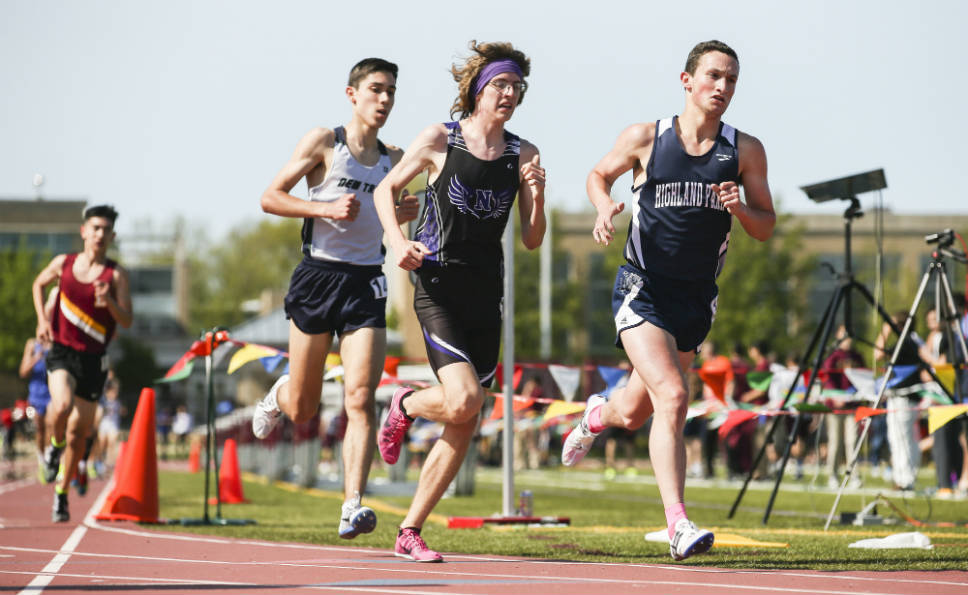 They sped toward the finish in the 1600-meter run, neck and neck, a couple of Highland Park High School teammates about to record personal-best times. It was early May. It was the Lake County Meet, held at Antioch High School. Giants senior Brett Davidson finished second, with a time of 4:24.41.

Shortly after starting his deceleration beyond the finish, he turned and … caught a Giant. The exhausted teen in his arms was Jonathan Rosenfeld, the third-place finisher, with a time of 4:24.9.

Neck and neck had become chest to chest.

“It was good thing Brett did what he did then,” Highland Park boys track and field coach Steve Buti recalls. “That race by Jonathan, what a breakthrough, a huge breakthrough. He would have probably collapsed and fallen had Brett not been there for him.

“That was a cool moment,” the coach adds. “It showed that Brett isn’t just focused on his times, on his finishes. Brett cares a lot about his teammates. Brett was there for his teammate. Brett was the first to congratulate Jonathan on a great time.”

Davidson found himself in another neck-and-neck situation last week, this time in the 3200 run, this team at the Class 3A Loyola Academy Sectional in Wilmette, this time against Villanova-bound and Niles North senior Martin Barr. Rivals. Respectful rivals. Appreciative rivals, each thankful for the presence of the other at big meets. You push me. I’ll push you. Davidson, sporting a neat, close-cropped head of hair, took the lead and kept it, barely, for the first six laps of the eight-lap journey on May 19. Mop-haired Barr inched ahead in the seventh lap and maintained the edge, barely. Davidson wore hot pink socks, a gift from girlfriend Veronica Kriss, under his see-through spikes; Barr did not. They hustled toward the finish, hip to hip. They completed the 3200 meters. Another close one. Barr came to a complete stop about 10 meters beyond the finish to grab his knees, hoping such a move would help him breathe normally again. Davidson had jogged well beyond the recovering Viking. Moments later, Davidson neared Barr. Barr, his head still down, his hands still covering his knees, sensed Davidson’s presence and extended a hand. Davidson slapped it. Classy moment.

“It’s nice having Martin as a rival,” says the 5-foot-9, 145-pound Davidson, runner-up to Barr in the 3200 at the Central Suburban League North Meet on May 13. “Great person, smart kid, really smart.”

Davidson’s top goal for the sectional was to secure a spot in the fast heat at state. Done. Easily. He did not race as quickly in the first half of the race as he had at the CSL Meet the previous weekend. A negative split in the second mile of the race would be a positive feat. The good ones, the talented ones, like Davidson, love to mix up their race strategies or try stuff on the fly. That way they’re ready for anything in any race. Ready to adjust, in mid-race if necessary.

Davidson needed only a minute and two seconds to scurry around the last lap of the 3200 at the sectional last week. The Boston University recruit (in cross country and track) had never toured Lap Eight faster than that.

“He closed like a madman,” Buti gushed afterward. “Unreal, his competitiveness, his willingness to race and push himself. One of the toughest competitors I’ve ever coached, and he’s a consistent competitor, meet in and meet out. All in. Brett is an all-in distance runner. He’s got that focus, that commitment … in the weight room, to his diet, his mileage.

“Brett,” he adds, “wants to learn what other runners do when they train and when they race; he’s a student of the sport.”

Davidson, a Norwood Junior High School product, did not take track seriously until his freshman year. The son of a marathoner/cyclist (Kara) and a former soccer player (Paul) saw the top HPHS varsity runners run in 2013. He saw how they trained. He could see himself settling in nicely as a track guy. Davidson, though, did not settle for settling. He threw himself into distance races, his times steadily melting. He began to thrive as a track guy. The team aspect appealed to him, too. Junior Charlie Skurie was a freshman distance runner when Davidson was a sophomore distance runner. Davidson welcomed Skurie to the world of high school track and dispensed advice in 2014.

It’s what seasoned athletes are supposed to do for their new teammates, Davidson probably thought.

It was a big deal.

“It was nice knowing he cared,” Skurie recalls. “Brett is one of the most dedicated guys I know. Everything he does is planned out perfectly. The way he trains, the amount of time he puts into training … amazing. He’ll run before school if he needs to, after school if he needs to, and he’ll do whatever he has to do to make sure he’s prepared to compete. He’s meticulous.”

Skurie is asked to imagine a 30-year-old Brett Davidson. Skurie thinks. He is not sure of the career Davidson would likely pursue. He is sure of something else.

“I see him getting up early every morning,” Skurie says. “To run.” 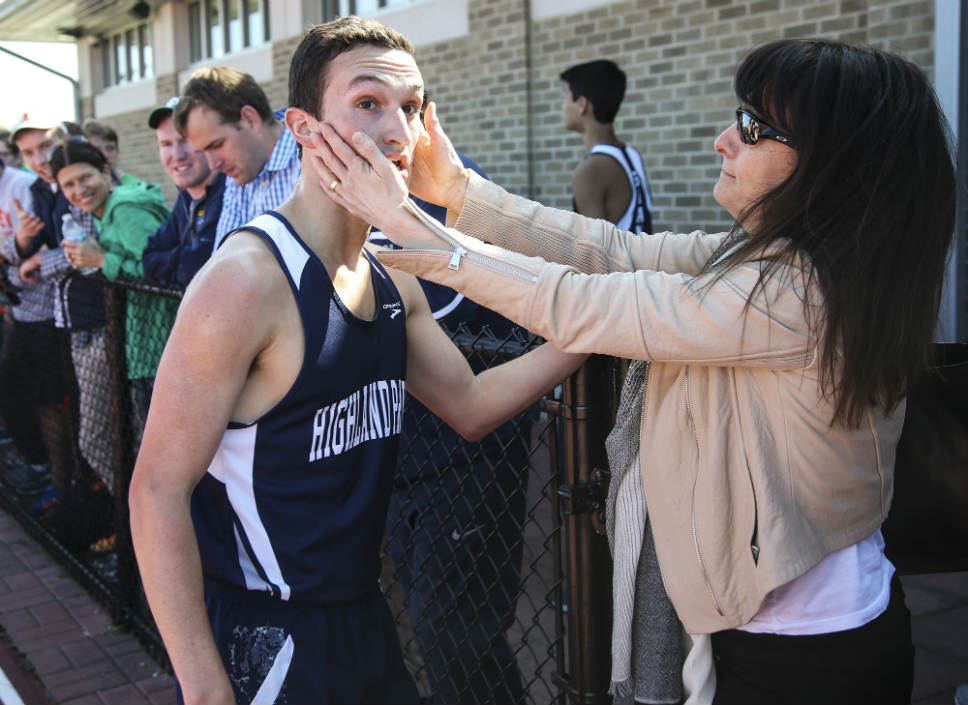 Highland Park’s Brett Davidson is greeted by his mom, Kara Davidson, after finishing second in the 3200 at the Loyola Academy Sectional. PHOTOGRAPHY BY JOEL LERNER