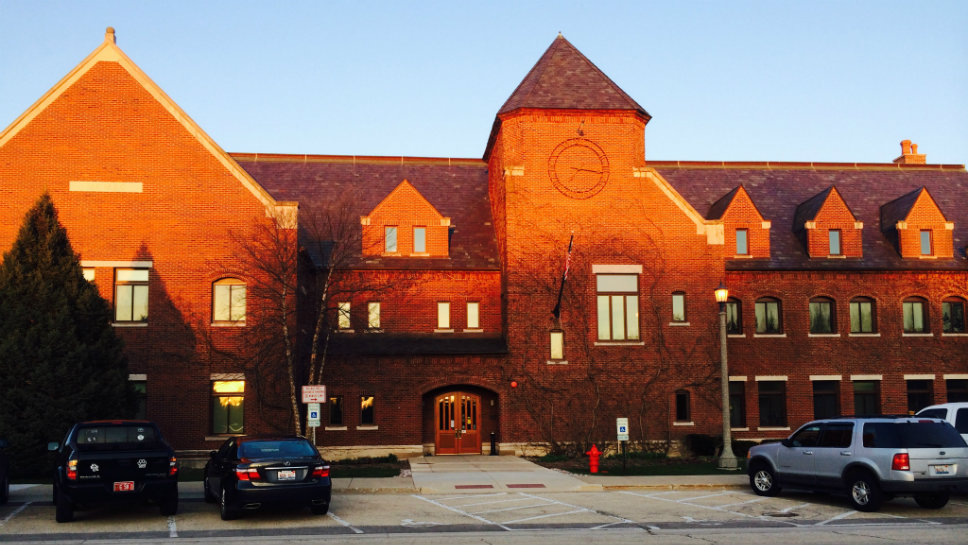 NORTHBROOK — The Board of Trustees here initially approved a request to rezone an industrial property for industrial or commercial use.

The board unanimously sent the rezoning request by the owner of 1852-1908 Janke Drive, including a special permit request for Cross Fit Illumine North for part the property, to the Plan Commission for a public hearing and recommendation.

The two-acre parcel has one 16,800-square-foot building occupied by a plastics manufacturer and a 19,500-square-foot vacant structure, according to Michaela Kohlstedt, the village’s senior planner. Cross Fit will fill approximately half of the empty space.

If the rezoning and special permit are granted, Cross Fit will open its fitness facility August 1, according to Brian Alexander, the owner of the fitness center. He said the company already operates one in Niles.

Alexander said the company plans to offer six one-hour classes with 10 to 12 participants each Monday through Friday and one session both Saturday and Sunday.

Though the core group of Cross Fit’s customers is 30 to 50 years old, according to Alexander, he said there are children as young as 3 and customers in their 80s.

“We have people with pacemakers,” Alexander said after the meeting in a Daily North Shore interview. “The trainers introduce a skill, (the customers) practice it and work it into their routine at their own pace. We have kids 3 to 5 doing movements.”

The workouts are a combination of strength training, conditioning and movement, according to Alexander.

Trustee Todd Heller said he wanted the number of sessions requested mandated as a requirement of the special use to make sure the property’s overall parking situation is not strained. He also expressed concern about yet another fitness facility in the village.

“We are getting so fit in Northbrook,” Heller said. “We should all be getting in great shape with all these facilities. I’m not sure what the saturation point is but that’s not our decision to make.”

In other business, the board decided to refund half of a $95,000 deposit to the developer the Athletico Center, a sports facility at 1900 Old Willow Road, but hold onto the other half until the village is certain a left-turn lane is not necessary at the property entrance.

The project was first approved in 2012 placing requirements on the developer including a deposit for a left-turn lane if the village determined it was necessary, according to Tom Poupard, the village’s director of development and planning services.

Poupard said the final occupancy permit was issued in September, requiring a wait for the return of the $95,000 until September 2017. He said he did not believe there would be a need for a left-turn lane.

“The village manager conducted a traffic study and determined no left-turn lane is necessary,” Poupard said. Heller said he was concerned there would be an increase in traffic when the Willow Creek Church going up nearby on Shermer Road in Glenview is complete.

Trustee Michael Scolaro said Willow Creek traffic was a Glenview issue and it was not fair to the developer to hold the money because of something beyond its control.

“It seems to me if we do have a problem it will be because of Willow Creek Church,” Scolaro said. “Our guy would not be part of that. Why don’t we give him half the money as a show of good faith?”

The remaining trustees agreed and Steven Elrod, the village attorney, said it would be on the board’s agenda for its next meeting in June along with other items finalizing the development of the property.