WINNETKA – Fast, casual dining is all the rage these days and Winnetka’s popular Greek restaurant Avli Estiatorio is taking note. On May 19, it will debut sister restaurant Avli Rotisserie, featuring fast-casual Greek rotisserie.

“I’m thrilled to bring a Greek rotisserie to the North Shore,” said owner Louie Alexakis. “The new concept is perfect for fans of Greek and Mediterranean cuisine who want a quick and healthy meal. The delicious rotisserie meats will also be used to provide specialty entrées in the full service restaurant and expand our catering capabilities.”

Avli is probably one of the North Shore’s best-known secrets, a full-service restaurant located in the back of the Laundry shopping center that puts a fresh spin on traditional Greek food. It’s ideally situated in a storefront that faces Chestnut Street, and Alexakis expects Avli Rotisserie to likely become the face of the main restaurant.

Even before opening Avli seven years ago, Alexakis dreamed about opening a rotisserie restaurant, even going so far as to trademark the name “Skewer.” “I had never forgotten what I wanted to do, serve freshly roasted all-natural foods,” he said. 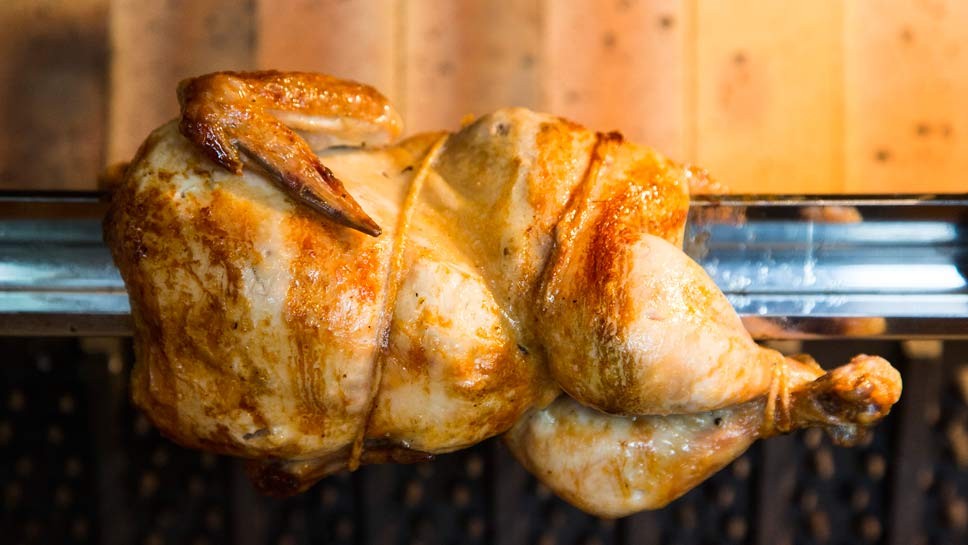 And the focal point Avli Rotisserie is certainly just that. Alexakis imported a large Rotisol rotisserie oven from France, the most popular model in Europe that is also used by the famous foodie destination Eatily in Chicago. The rotisserie sits front and center behind the counter in the freshly rehabbed space, where a variety of savory meat is slowly roasted in each of its eight separate oven compartments.

The menu will offer a range of options, including an herb-crusted chicken seasoned with Mediterranean herbs and spices, a pork Porchetta and house made Gyros. Diners can choose between sandwiches on ciabatta bread — made specially for Avli by Hewn bakery in Evanston — or a mini sandwich on a small pita bread. Anyone looking for something a bit lighter can opt for a salad such as a classic Greek, a shaved apple salad (a modern take on the Waldorf) or a classic wedge. 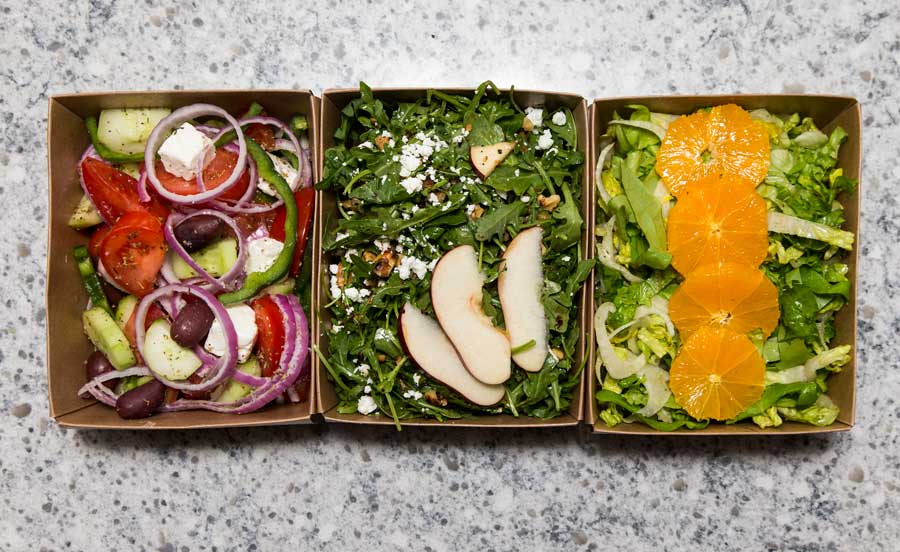 “We are starting with the right ingredients and we’ll find out what our customers want and we will make it for them,” Alexakis said. Indeed, the restaurant will feature chicken locally sourced from Harrison’s Poultry of Glenview, grass-fed beef and lamb, and Berkshire pork.

According to Alexakis, rotisserie is popular all over Greece and is commonly served as street food. Avli Rotisserie will offer a traditional “street style” sandwich that includes a large pita with meat, veggies and fresh fries all rolled up inside. “The sandwich is your entire meal,” Alexakis said. It’s hard to argue with that.

Everything will be made fresh daily and will be available for catered events. While the Avli Rotisserie will boast its own separate kitchen and staff, Alexakis plans to serve some of the rotisserie as specials at the main restaurant.

The space itself is clean and modern, with seating for 24 people at quartz-topped tables and counter service. In warmer weather, Alexakis plans to offer outdoor seating. Three large black and white photographs of Iceland are the focal point of one wall, which diners can contemplate as they enjoy their rotisserie. The pictures were taken by John Vlahakis, owner of neighboring Zia Gallery and a regular customer of Avli Estiatorio. Vlahakis also imports Greek olive oil through his company Earthy Products, which Alexakis will have on offer at the new restaurant.

While Alexakis admits that the soul of the restaurant is Greek, he aims to appeal to all people. Diners can choose their own house-made sauce, many of which will not be traditional Greek fare or a salad. “We are trying to appeal to a range of people,” he said. 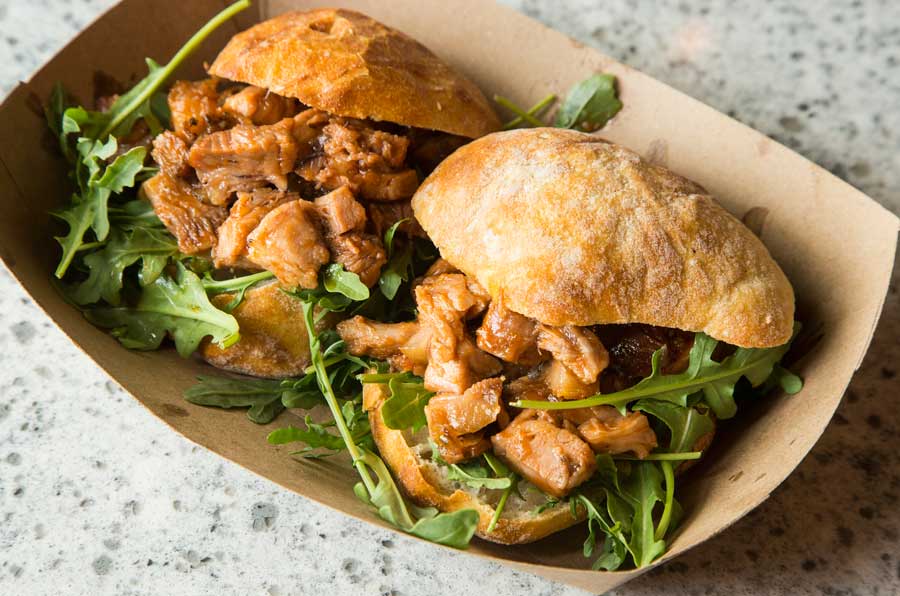 Berkshire Pork with tamarind BBQ sauce, served on a ciabatta roll with an arugula onion marmalade at Avli in Winnetka. Photography by Joel Lerner/JWC Media 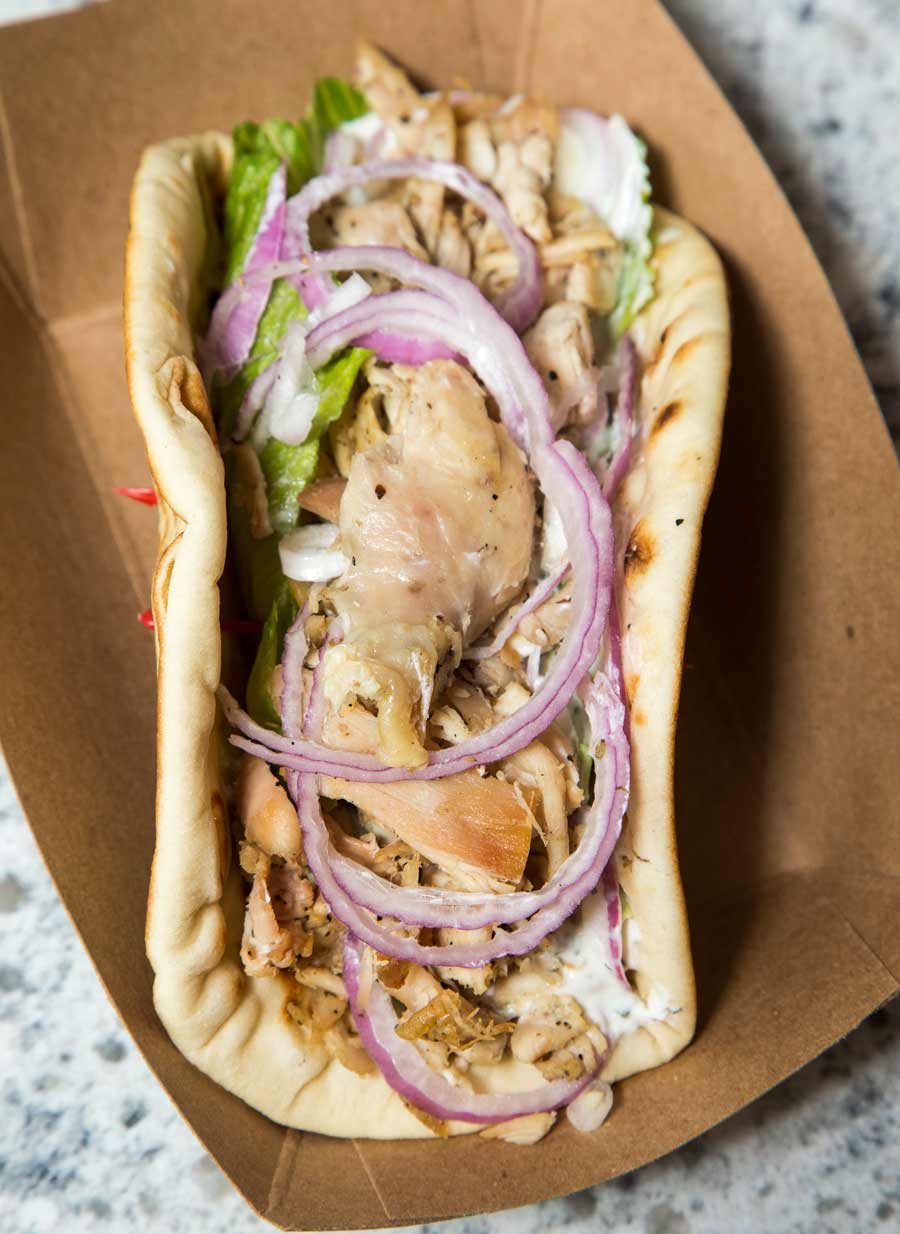 Harrison’s all natural chicken, served in a pita with Tzatziki sauce. Photography by Joel Lerner/JWC Media 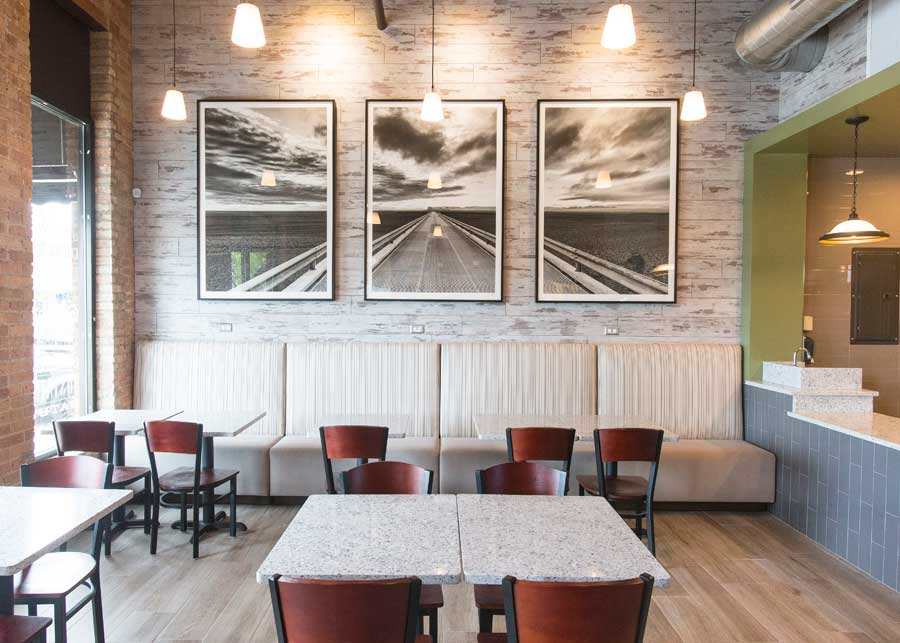