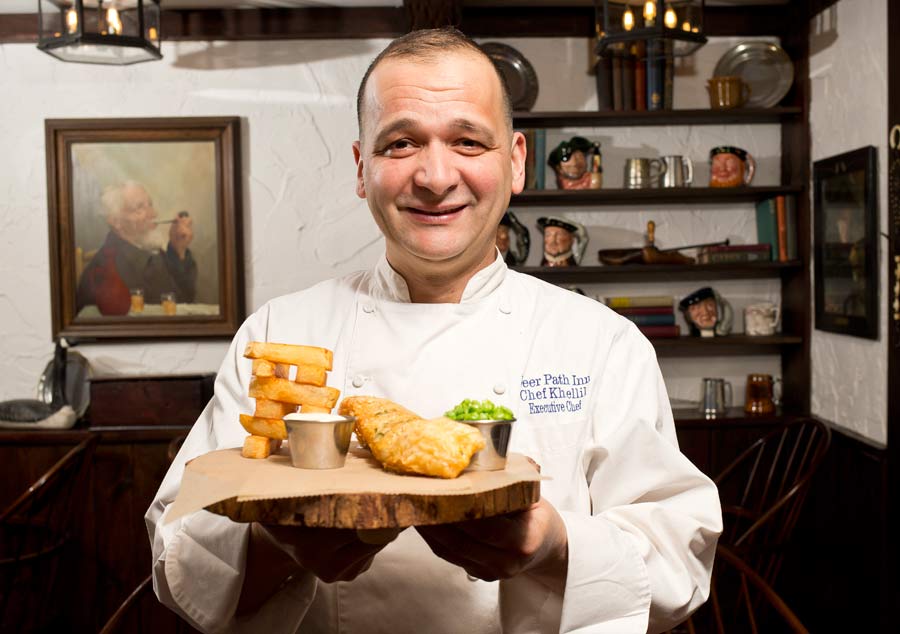 LAKE FOREST — When the Deer Path Inn was undergoing nearly a year of extensive renovation, its Executive Chef Khellil Abderezak did some traveling on the company.

Abderezak spent time in England, Scotland and Wales learning how to replicate an authentic English pub.

The result: The White Hart Pub at the renovated Deer Path Inn.

When the hotel reopened in December, the pub debuted double in size to 50 seats as a restaurant with its own distinct character giving guests a trip to the English countryside by descending one level at the inn.

“We’ve given it the special feel of an English country pub with the flavors of the English countryside,” Abderezak said in a Daily North Shore interview. “We brought back English recipes but added a distinct American twist.” 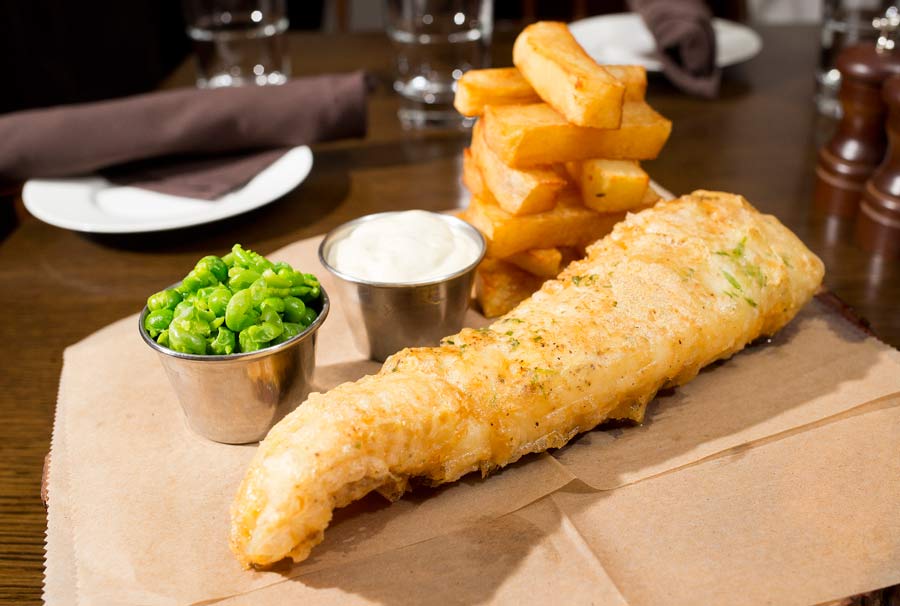 Before the renovation, the pub was there for people who were not able to get a seat in the English Room, the hotel’s main dining room, according to Matt Barba, the Deer Path’s innkeeper. The menu was the same. He said he wanted to make it more.

“It’s not for overflow seating anymore,” Barba said. “We’ve elevated it to a restaurant of its own. It’s in keeping with the English tradition.”

Besides offering authentic English pub fare, the White Hart has become a meeting place for people whether they are hotel guests or local residents, Barba said.

“It can take people 20 to 30 minutes to walk through,” Barba said. “They’re stopping at the table to greet their friends.”

One traditional thing is missing, according to Barba: Darts.

“We decided to add an extra table instead,” Barba said. “We felt it could be a little dangerous if people were throwing darts.”

Menu items include Cornish pastry, a Welsh lamb stew and cider fish and chips for the English aficionado as well as the White Hart Pub Burger and a chicken club sandwich for those who want something more American. Barba said the pub is open from 11 a.m. to 11 p.m. featuring the same menu all day.

The Cornish pastry is a combination of vegetables, meats and seasoning stuffed and baked in a calzone shaped dough, according to Abderezak. The shape is an “American twist” to make it more recognizable to local patrons.

The dish is modeled on a peasant’s lunch, according to Barba. He said it has evolved from that to a traditional pub offering.

“It was made from leftovers from dinner the night before,” Barba said. “It was wrapped in bread and they would eat it in the field. Now it’s comfort food served in pubs over there.”

The stew is another form of comfort food, according to Abderezak. He said it was something else imported from the United Kingdom. 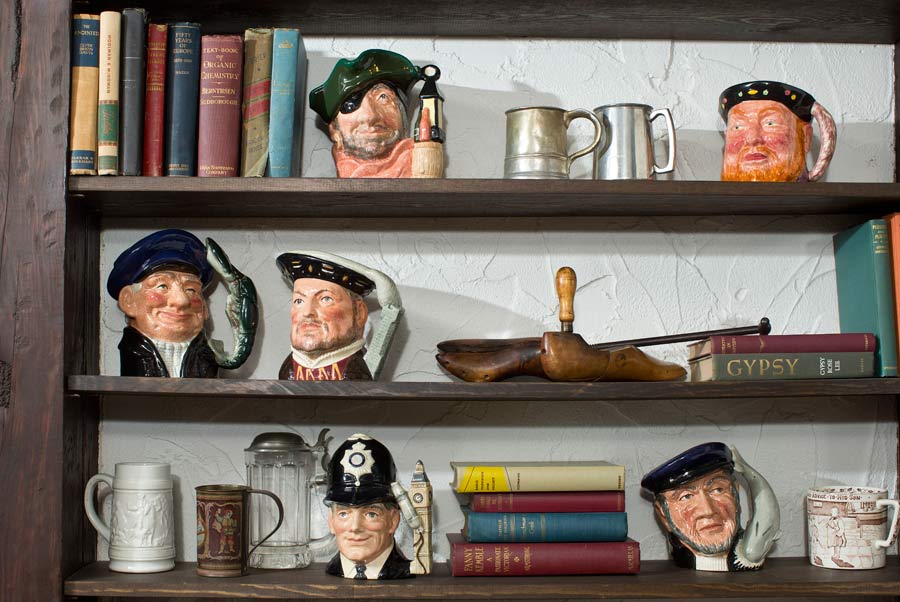 The pub has a very English look and feel to it. Photography by Joel Lerner/JWC Media

“We serve the stew in a Yorkshire pudding, a popover,” Barba added.

Then there are the Cider fish and chips. Barba said Abderezak made a careful study of the ways the dish was prepared while he was in Great Britain paying close attention to the batter, fish and potato selections. Michigan Avenue magazine named it one of the Chicago area’s best.

For those who want to dine on a traditional comfort dish from this side of the Atlantic there is the burger made from 10 ounces of prime beef along with caramelized onions, cheddar cheese, fries and pickles, according to Abderezak.

Barba said there is no planned entertainment like music.

“We have Billy,” Barba said refering to 23-year veteran William Hermez. “When we reopened (in December) people hugged him when he saw them. He takes care of everyone.”

Hermez now serves cocktails to people he once waited on as toddlers with their parents, according to Barba.