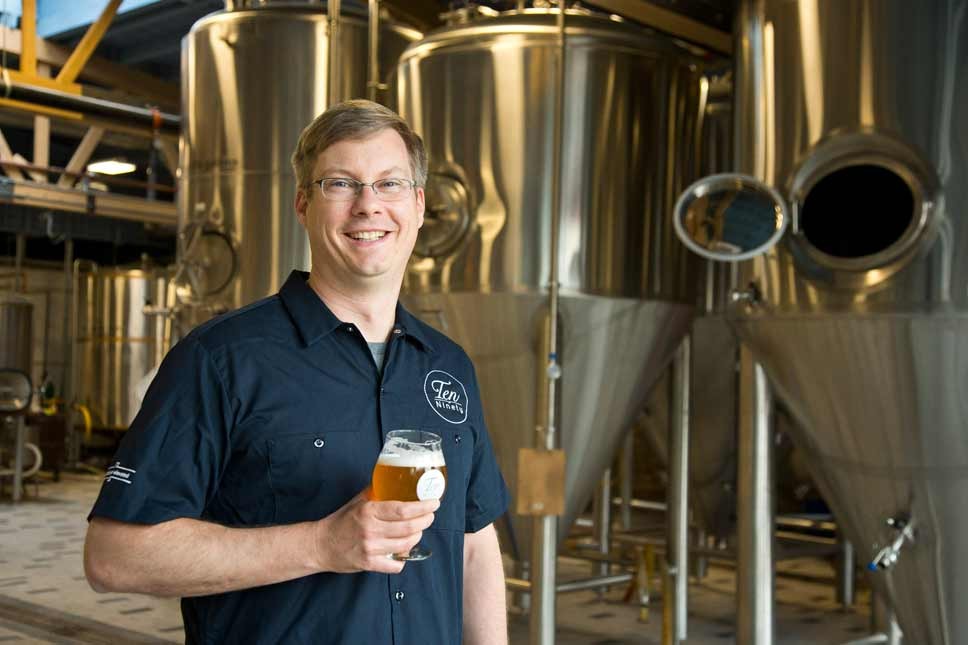 GLENVIEW — A passion for brewing beer and a graduate school dream combined to make Ten Ninety Brewing Co. one of the village’s newest businesses.

Beer aficionados can choose from any of the 20 draught brews offered at the tap room, which opened April 23 adjacent to the brewery at 1025 Waukegan Road in downtown Glenview.

Customers can consume Ten Ninety’s standards or try out the new brews under development, offering the company instant input on the latest creation.

“We’re ecstatic about the opportunity to get real feedback,” said Brian Schafer of Glenview, the founder and majority owner of the company. “People will tell us by the beer sales. There’s a major investment to putting a six-pack together.”

Schafer was drawn into home brewing by a friend—Andy Smith, who is now a minority owner—in 2005, about the same time he earned his MBA from Northwestern University’s Kellogg School of Management.

After graduation, Schafer worked his way into a pair of CFO jobs in the corporate world while spending his spare time with a new hobby—brewing beer. In 2006, he came up with an idea for Imperial Wit, a beer that would eventually become Ten Ninety’s first.

Belgian beers included some of Schafer’s favorites. He said most were between 4.2 and 4.5 percent alcohol. He decided to make one with coriander and honey more potent, like 10.1 percent.

“When you brew it’s not that hard to bring it from a five percent beer to a 10 percent beer,” Schafer said. “Once it was done I shared it with my friends and everyone liked it. I knew it was a keeper.”

A year later Schafer entered Imperial Wit in a competition with other local brewers and won. He said there were some professionals competing as well. The following year he entered it in another contest, again with professionals in the mix, which also included food pairings.

Again there was victory. Schafer had a conversation with Smith and Jamie Hoban, another friend who would become the third partner in Ten Ninety. With two wins under his belt, Schafer realized there could be a future. 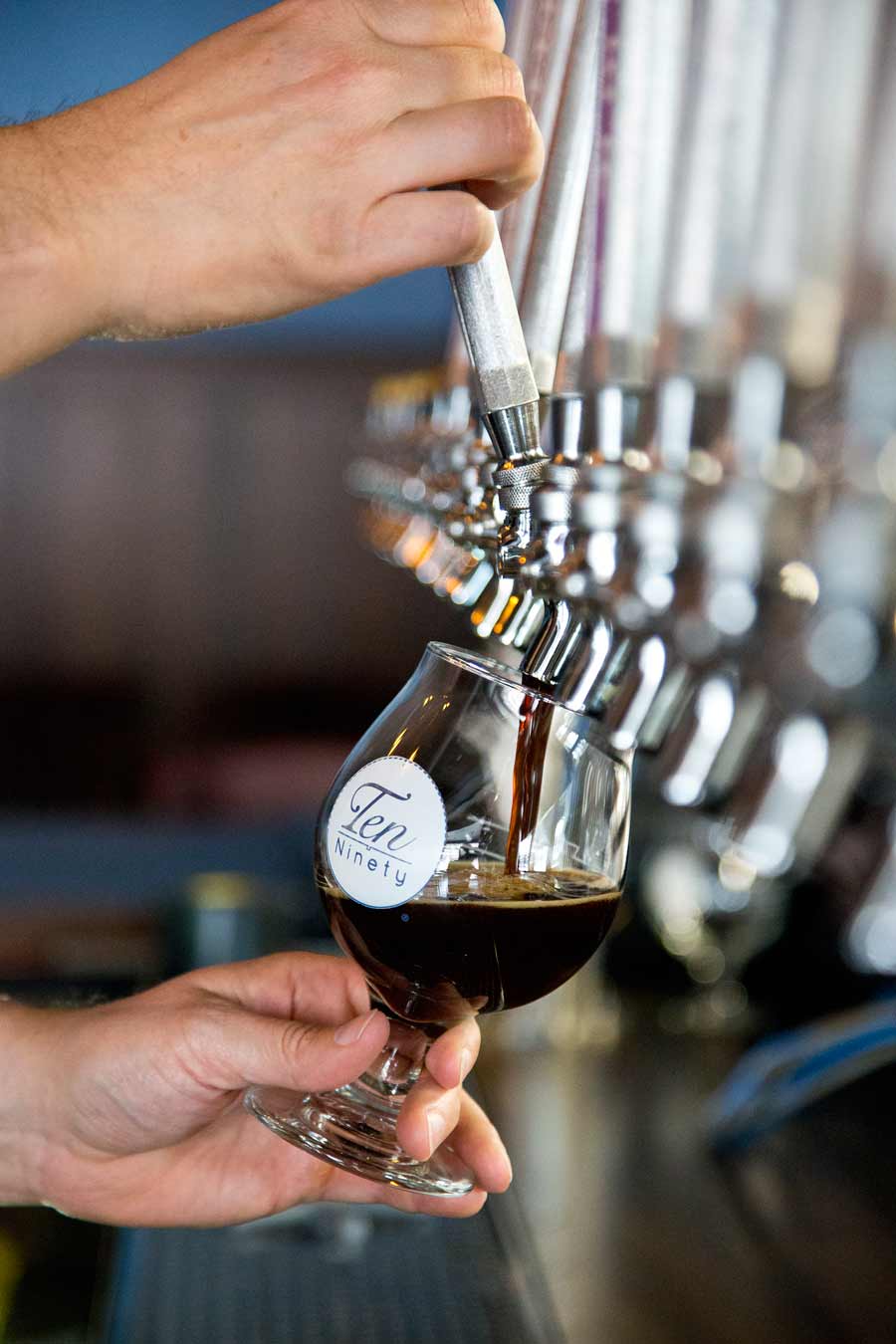 MPH, an Imperial Porter with Cayenne and Pomegrenate at 10 Ninety Brewing in Glenview. Photography by Joel Lerner/JWC Media

“Once could be luck but (winning) twice I think we’ve got something going,” Schafer said to Smith and Hoban at the time. “We ought to open a brewery.”

Fast Forward to 2013. Schafer left his job of nearly four years as CFO at United Scrap Metal and Ten Ninety Brewing Co. was born, according to Schafer. He started the company in Zion and began marketing his brews. He said they are currently found in the Chicago area, Wisconsin and Peoria.

As of April 23, people can drink Ten Ninety’s beer in the 91-seat tap room adjacent to the brewery in Glenview, according to Schafer. He said it is strictly a tap room. He distinguished it from a brewpub because there is no food. He said he is also proud to bring the business to his hometown.

“Glenview is a sure demographic for craft beer,” Schafer said. “There are no other (craft) breweries around. It feels good to bring it to Glenview where I have lived the last six and a half years.” 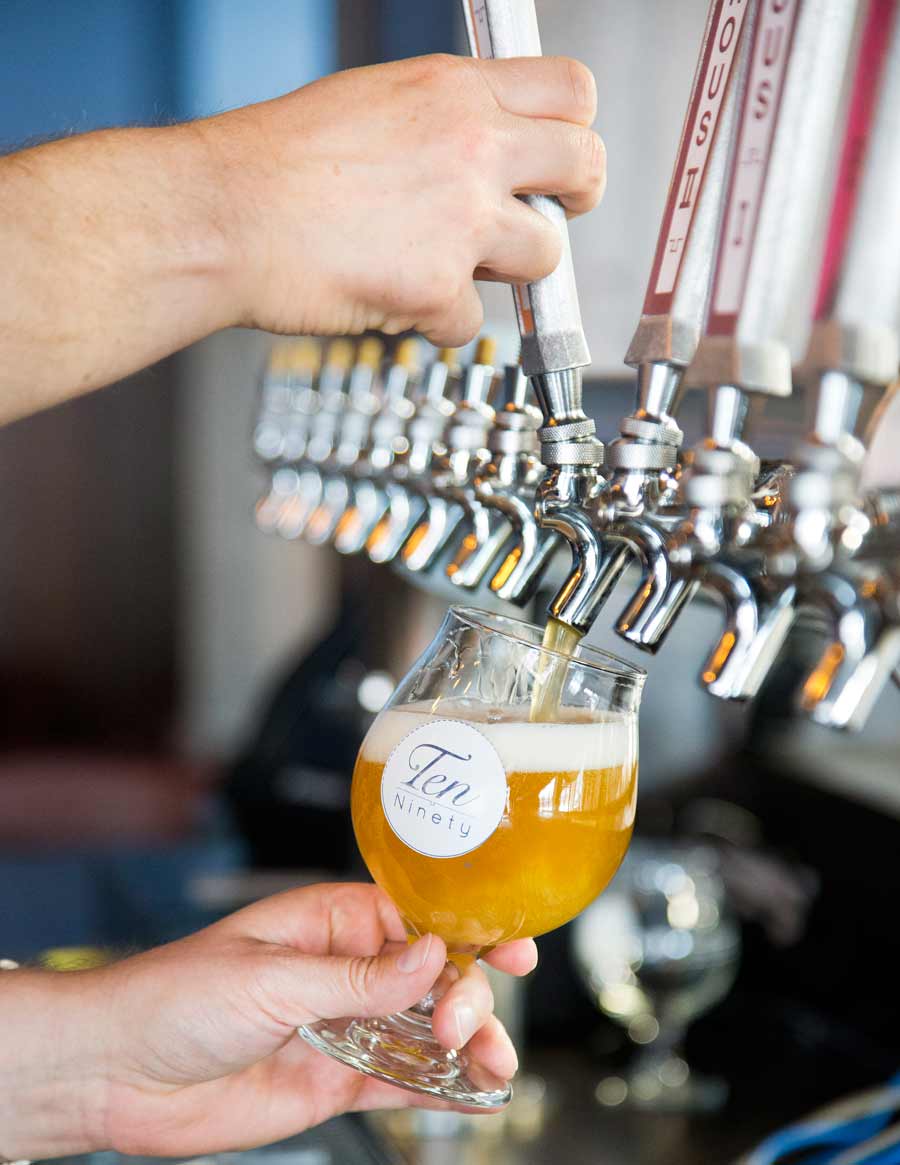 Haifwit, a Belgian Witbier with Coriander and Honey, at Ten Ninety Brewing in Glenview. Photography by Joel Lerner/JWC Media