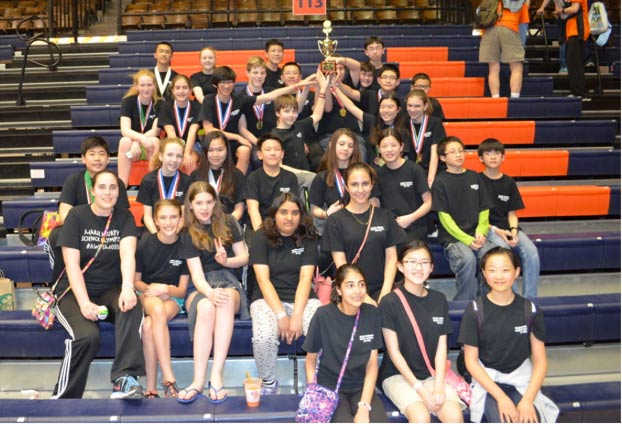 WILMETTE– Marie Murphy Middle School’s Science Olympiad team will host a Car Wash on Saturday, May 7, 2016 from 10 a.m. – 2 p.m. All proceeds will go to support the Science Olympiad Program and their upcoming trip to represent the State of Illinois at Nationals. Tickets are $5 each and can be purchased at the door.

Marie Murphy’s Science Olympiad team advanced to the National Tournament with a second place finish at the Illinois state tournament on April 16, 2016 in Champaign, IL.

Several of Marie Murphy students earned state titles for specific events including: Anatomy & Physiology, Crime Busters, Elastic Launch Glider, Experimental Design, Food Science, Green Generation, and Meteorology. Additionally, Marie Murphy had second place finishes in: Air Trajectory, Fossils, Picture This, and Wind Power. Narrowly missing out on the state title, the team is poised for a strong showing at the national tournament, being held May 19-22 in Menomonie Wisconsin at the University of Wisconsin Stout. Marie Murphy will be competing against 60 teams from 48 states.

Marie Murphy’s Science Olympiad Team is an academic science team that studies and competes with other schools in the subjects of Physics, Biology, Earth Science, Computer Science, and Chemistry. Competitions include written tests, lab practicals, and building events. Building events require students to design, build, and calibrate devices that must perform certain specifications at competitions. 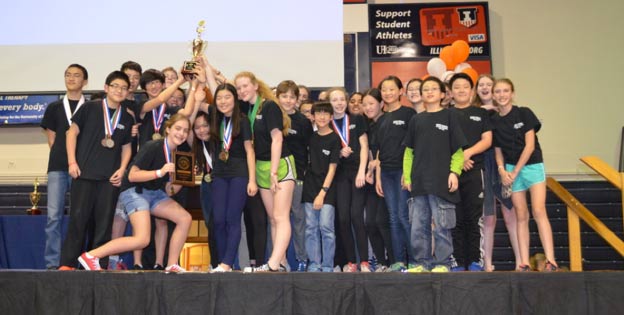 Every year more than 60 6th – 8th grade students try-out for the 30 Junior Varsity and Varsity positions. The try-out process consists of a rigorous lab and written tests that are taken both with a partner and individually. The Science Olympiad Program has an incredible reputation due in large part to the teaching staff that leads the program (Jim Gravagna, Darren Persino, Peter Ogden and Shannon Wright) as well as many parent coaches.

Marie Murphy’s Science Olympiad Team has had an exemplary record over the last 12 years, including six state titles! This is especially noteworthy given the total enrollment 6th-8th grade is 250 students. They have been very successful at the National level where they compete against the top 60 teams from across the United States. In 2011 and 2012 they finished 2nd in the country, in 2013, 3rd, and last May 2016, 6th. The Car Wash is open to the community.