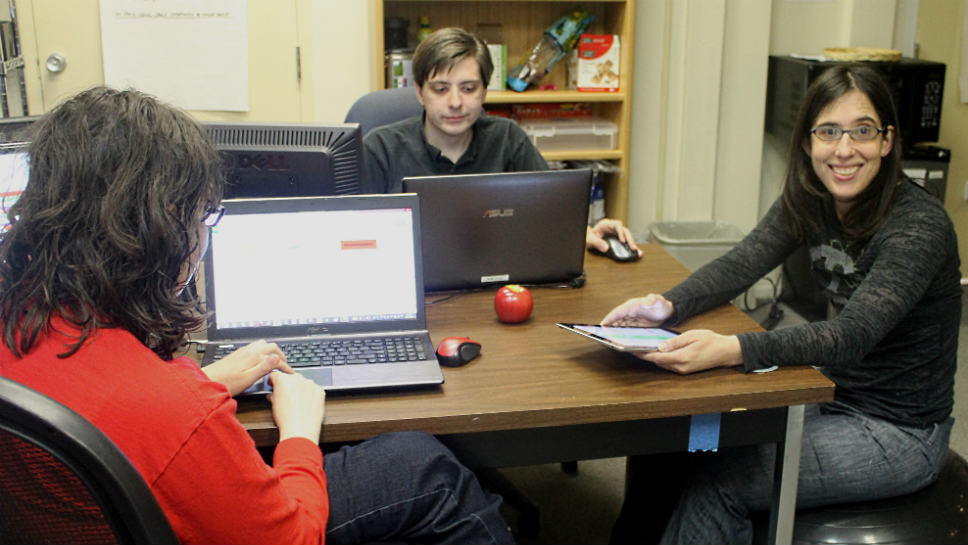 HIGHLAND PARK – When Brenda and Moshe Weitzberg’s son had difficulty finding and keeping a job after he graduated from college, they decided to create a business where he could work alongside like-minded individuals on the autism spectrum.

The process began in 2008, and research revealed that important skills found in individuals with High-Functioning Autism (HFA) and Asperger’s syndrome were strengths needed to accurately ensure that software is working as intended. These skills include attention to detail, focus, precision, and ability to perform repetitive operations.

This led to the development of Aspiritech, a non-profit computer software testing company that provides growth opportunities without the social pressures in a mainstream environment. The Highland Park company opened in 2010.

“We’re the only business where most of the project managers are also on the spectrum,” said Brenda Weitzberg, executive director of  Aspiritech. “Brian is my husband’s right hand. They interact with the client company. We are the most successful in terms of business and job creation.”

According to Weitzberg, Aspiritech has 33 employees with HFA and Asperger’s. Two of the employees are full time while the others work on an hourly basis. After training has been completed, employees earn $12 an hour, and hourly rates can potentially increase up to $20 an hour.

“We were the first company in North America to do this,” said Weitzberg.  “I just came back from AT&T headquarters in Dallas where seven or eight companies met to accelerate the employment of people on the autism spectrum in STEM (Science Technology Engineering and Mathematics) fields. And we’re continuing to move the alliance forward.”

Weitzberg shared some employee success stories, one involving an office romance now in its third year, and another conveying how Aspiritech was a stepping stone to future employment.

Weitzberg said 50,000 people with autism graduate from high school each year, and 47 percent are considered high functioning with average to above average IQs. Despite those statistics, Drexel University research has shown many individuals with HFA “fall through the cracks after they graduate from high school, and sit around depressed in their parents’ basements,” Weitzberg said.

To prevent these outcomes, Aspiritech reaches out during school transition days for students who have an Individualized Education Program (IEP), and the company also presents at resource fairs. Most of its employees have either attended or graduated from college, and some are self-taught. “We prefer people who had some university experience, as it’s very focused, high-level work,” said Weitzberg.

Aspiritech also has social programs that are open to the general community.

“Our son was the inspiration, as he works part time and benefits from our programs,” said Weitzberg. “Young adults on the spectrum come every Sunday from noon to 5 p.m. for different workshops including art therapy, and an improv workshop series that helps with socialization.”  Aspiritech also hosts excursions to museums, sporting events, and bowling alleys.

A family donated a van, which Aspiritech staff drives to client meetings and to take employees on social outings, she said.

While Weitzberg was working with her husband to create Aspiritech, she was also the director of North Shore Operations at JCYS, (Jewish Council for Youth Services) before she retired last year.

In another effort to spread the word on creating more career opportunities, Aspiritech invited Steve Silberman, author of NeuroTribes: The Legacy of Autism and the Future of Neurodiversity, a New York Times bestseller, to speak at its sponsored event with Rush University and Northwestern University on April 13.

Following Silberman’s discussion, Weitzberg joined him and others on the panel that addressed expanding opportunities for youth and adults on the autism spectrum, with a resource fair afterward. The event sold out two months ago.

“No one talks about adults on the autism spectrum,” said Weitzberg. “Our goal is to really get organization funders together to start sharing ideas. We’re never going to make a dent if we don’t share ideas.” 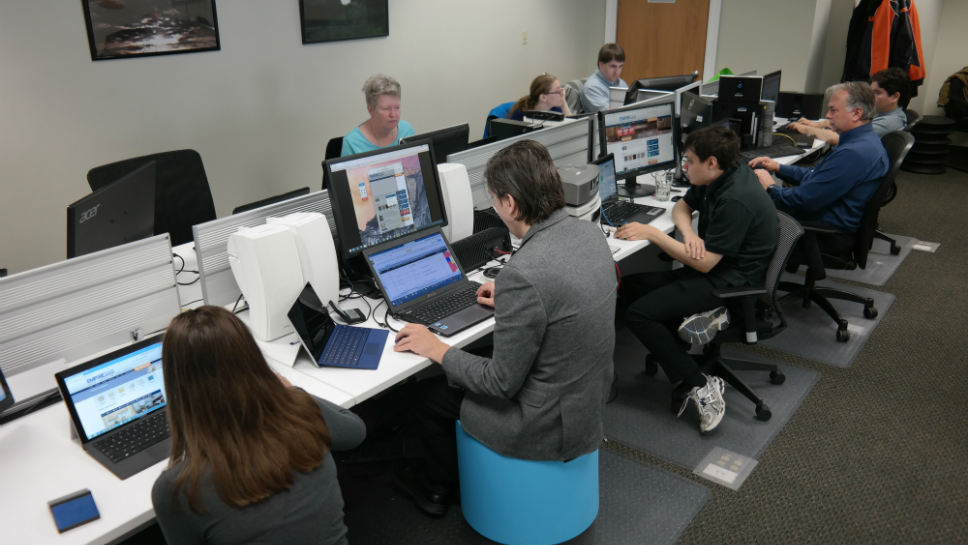 Members of the Aspiritech team at work. Photos courtesy of Marc Lazar.