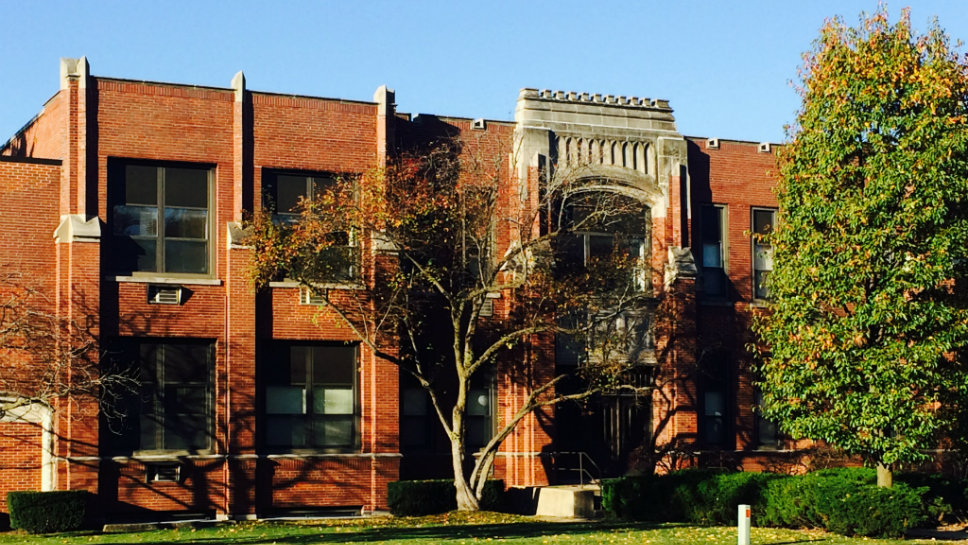 Crestwood Place, with rents between $602 and $711 a month for people 62 and over, was Northbrook’s first attempt at affordable housing.

NORTHBROOK — Though affordable housing units were not in the 1000 Skokie Blvd. project as some community members wished, Northbrook Village President Sandy Frum wants the village to study possible changes to policy.

Frum directed Trustee Bob Israel, chair of the Village Board of Trustees’ Community & Sustainability Committee, to take a closer look at the village’s current status and study possible changes.

“This is a desire,” Frum said in an April 13 Daily North Shore interview. “We want to come up with a number of ideas for review. We want to decide how to deal with the issue and find a solution which is appropriate for Northbrook.”

Though the state has placed certain requirements on municipalities, Frum said the village is exempt because it is a home rule community.

Israel said he has no preconceptions of what Northbrook should do when the review begins, possibly in July. Trustees Michael Scolaro and Kathryn Ciesla are the committee’s two other members. Israel said additional trustees are welcome to sit in.

When the board approved the 1000 Skokie Blvd. project March 8, which contains 304 rental units along with a fitness and early childhood development center, Frum gave one definition of affordable housing.

Frum used the words affordable, attainable and workforce housing interchangeably as she talked about how the project might fit local parameters during the March 8 meeting. She said an appropriate rent budget for municipal workers and teachers is $1,554 based on average salary.

“This comes very close, within about $600 a year, of being workforce housing for Northbrook,” Frum said at the meeting. “I know this doesn’t satisfy everyone but this is how we have come to define it in Northbrook.”

One person who presented a different view was Gail Schecter, past executive director of Open Communities, an activist organization that advocates open communities on the North Shore. She said she wanted a further review of the project to include affordable housing.

“We ask that you take a pause on this proposal, go back to the developer and proceed with the goal of a mixed-income, family friendly housing development that uses community access and not exacerbate the needs of our community and workforce,” Schechter said.

Though Israel and Trustee Todd Heller expressed a desire to address affordable housing with the project as reported in a November 9 DNS story, Israel said he was not willing to add it at the last minute after the developer had already trimmed 34 units in response to criticism about density earlier in the year.

“If wouldn’t be fair after we had been proceeding all along this way,” Israel said in an April 16 DNS interview. “They just cut it 10 percent.”

Though Frum said 1000 Skokie met the affordable housing goals to some degree, the main reason the size of the project was reduced was a reaction to its density by some of the trustees. Frum said she voted against the development for that reason but conceded density concessions are one way to legislate the issue. She said she wants alternatives.

“One of the things to look at is a density bonus,” Frum said. “Do we want to pursue that? It’s one way of doing it but are we OK with a density bonus.”

When the Lodge at Techny Road and Founders Drive was built as private senior housing recently, the village imposed an affordable housing requirement, according to Tom Poupard, Northbrook’s director of development and planning services.

Another way to find less expensive housing is repurposing publically owned property, according to Israel. He said the village did that with Crestwood, a senior housing project on Waukegan Road walking distance to downtown.

Israel said Crestwood was a school that the village turned into senior housing in 1984. He said there is usually a waiting list, though Poupard said the lag time has shrunk. Israel said the rents are lower in part because there is no expense for property taxes or financing.

Poupard said Crestwood’s rents range from $602 to $711/month for units averaging 630 square feet. He said to qualify a resident must be 62 or older. A priority is given to Northbrook residents and then to people with family in the village.

Another possibility is finding property that is likely to be demolished by a developer for a larger, more expensive house and acquiring it to preserve less expensive housing stock, according to Poupard.

“We can sell it with a deed restriction or keep it as rental property,” Poupard said.

Lee Goodman, a Northbrook resident who spoke in favor of more affordable units at the March 8 meeting, said he felt the study was too little too late.

“They said this was the last large developable property in Northbrook,” Goodman said of 1000 Skokie during a DNS interview April 20. “There isn’t anything else left in town. Now they want to come up with something.”