The debate began after Superintendent Dr. Michael Bregy outlined a proposal to hire a moderator/facilitator to organize a new Superintendent’s Community Committee.  The proposed committee would comprise two diverse groups, a community leadership team with six members, and a larger reconfiguration group that would include 25 to 30 stakeholders from different backgrounds.

“The community leadership  team would be the group that we can work with closely, and I picked the number six because I feel like the leadership team will be representative of ‘no ‘ and ‘yes’ people in the community that will be able to take this community group and actually lead the group with consensus,” said Bregy.

Board member Karla Livney said some people are very misinformed and believe schools don’t need to close. She recommended delaying implementing the Budget Deficit Reduction Plan (which is also known as BDR 3) for one year to give the group more time to come up with a plan.

Board President Michael Cohn strongly disagreed. “We had hoped if the referendum didn’t pass, but it was close, to potentially try again in November, but it was never promised to anyone that we were coming out with two bites of the apple,” he said. “Based on the results of the referendum (more than two to one against) it’s not possible in November or April. BDR 3 is the potentially prudent thing to do. If you want to wait another year it’s $5 million a year plus the life safety and all of the capital improvements.”

Board member Eric Ephraim agreed with Livney and said professional organizations need to adjust to changing circumstances. He said he was concerned about the district saying it is going to close a building only to reopen it a year later.

Cohn explained that schools will be closed and not reopened. “We spent five years doing this and we don’t have the time to wait. It is financial mismanagement to wait,” he said.

Ephraim argued that the district has enough surpluses to wait a year. “To get to the 25 percent reserve is $19 million, so we’re looking at a $34 million reserve,” he said. “We have some time to look at this and look at it prudently and allow the community to be involved and allow a plan that is for the long term and not a short-term plan that is based solely on dollars.”

Cohn explained that the district faces $17.5 million in expenses over the next several years for health and safety alone, not including the capital outlay.

Chief Financial Officer Mohsin Dada said the district’s operating fund balance is in good shape and the $5 million loss for waiting one year wouldn’t present a challenge, but having to wait longer would require asking for two referendums.

“I see that my hands are completely tied, and unless someone is willing to write the district a check for $5 million, that might convince me to put it off for a year,” he said.

“Since we’re not forced and your hands are not tied we’re trying to put a group together that we want to see succeed, and if they start with BDR 3 it’s like this group is standing on a wobbly chair with a noose around their neck,” said Ephraim.

Cohn said the committee will be able to make whatever recommendations it wants, and that to be fiscally responsible the district would need to close at least four schools.

“We don’t have a great track record for having our finger on the pulse of the community,” Ephraim said. “We’re looking for a comprehensive plan that solves these problems and looks at this from a cost-benefit perspective.”

The several audience members who also spoke out against the BDR 3 plan during the public comments portion of the meeting gave a round of applause to Ephraim.

Then board member Jane Solmor Mordini brought up another point. “Every time we don’t save money we take it out of what could be if the referendum did pass,” she said. “It would be millions of dollars less for capital improvements on a referendum plan for our buildings. That’s just robbing the future.”

No action was taken because the issue was not on the board’s agenda. 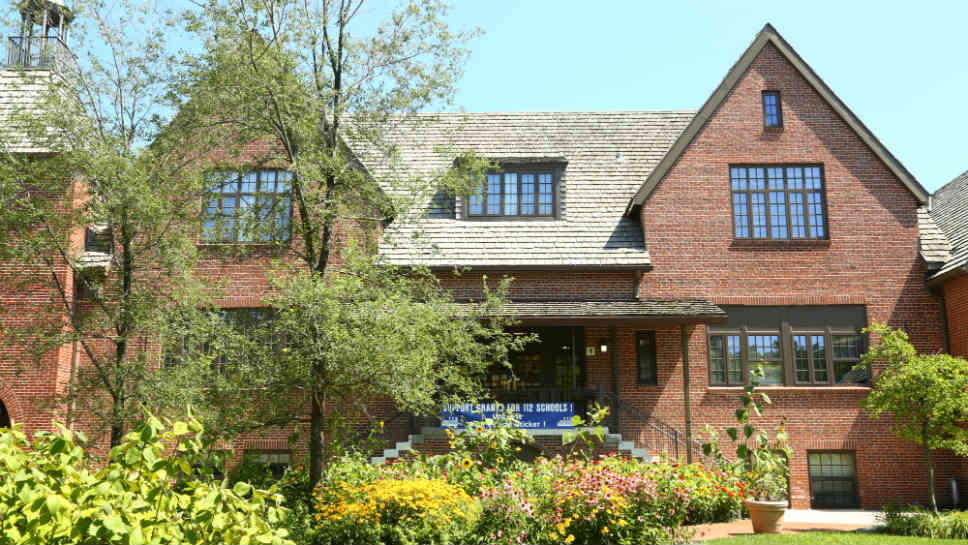 Ravinia School is one of four schools slated to close under the BDR 3 plan.