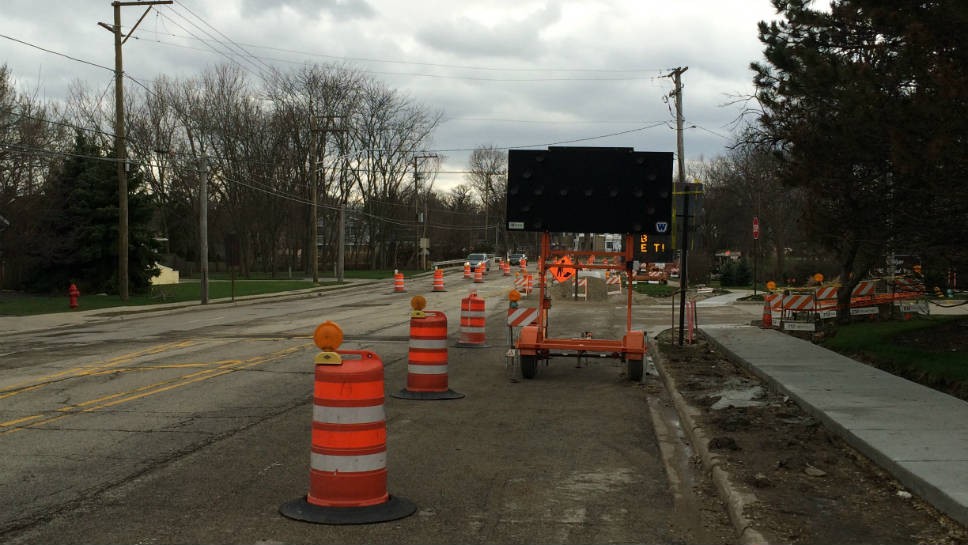 HIGHLAND PARK/DEERFIELD  – Traffic jams on Route 41 in Highland Park and Deerfield Road in Deerfield tend to peak at 8 a.m. and 5 p.m. every day, and that’s not expected to improve until the restoration project of Deerfield Road is completed by around Thanksgiving.

“We’re doing our best to minimize delays,” said Andrew Lichtman, assistant village manager at Village of Deerfield. “During peak rush hours it would be best to take alternative routes, but we’re confident the completion of the project will significantly improve the roadway that will be safer for the motoring public. We do thank the public for their patience during this necessary construction project.”

Construction began in February on the five-lane roadway. “Crews started installation of the water main down the center of the roadway, which was completed two weeks ago,” said Bob Phillips, Deerfield’s deputy director of public works and engineering. “Water services on the north side are being completed right now.”

Phillips explained the next step, “Connections have to be made on the north and south sides. Once they’re done on the north side we’ll switch traffic to one lane in each direction. That will give us the south side of Deerfield Road. Utility work and roadway replacement will begin on the south side next week.”

Phillips said once utilities are completed in June, crews will start working on the pavement. To date, the $18 million construction project is running on schedule and is approximately 20 percent complete.

“The Highland Park work is bridge work, but it’s underneath the bridge,” said Phillips. “The substructure bridge work is not affecting traffic yet. Most people don’t realize it’s happening on the U.S. Route 41 bridges.”

Work will be completed on two other bridges that go over U.S. Route 41 in Highland Park, and the Berkeley Bridge deck off of Deerfield Road will also be replaced, said Phillips. In addition, two bridges will undergo deck repairs in Deerfield.

Throughout construction, nine traffic signals will extend to Highland Park through U.S. Route 41. “The temporary signals are up already and permanent signals will be going up once we’re complete with the roadway portion and they’ll be turned on toward the end of the year,” said Phillips.

According to Phillips, after the construction is completed by the Thanksgiving target date, landscape restoration will likely take place in 2017.

In the meantime, Phillips advises motorists to “take alternate routes as traffic is backing up if you’re westbound, but in Highland Park there aren’t any detours. It’s best to try to avoid the area.”

Phillips recommends subscribing to Deerfieldroad.com for weekly traffic updates.  He credits the website for keeping the public up to speed, though he cautions obeying construction zone speed limits.

“There hasn’t been that much traffic on Deerfield Road, which means that people have gotten the message,” said Phillips. “This shows that we’ve been successful in communication.” 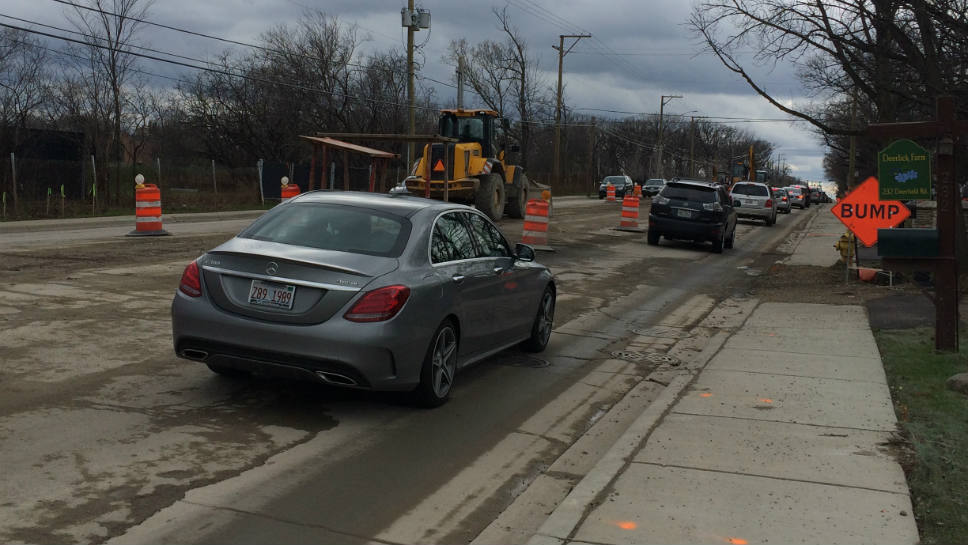