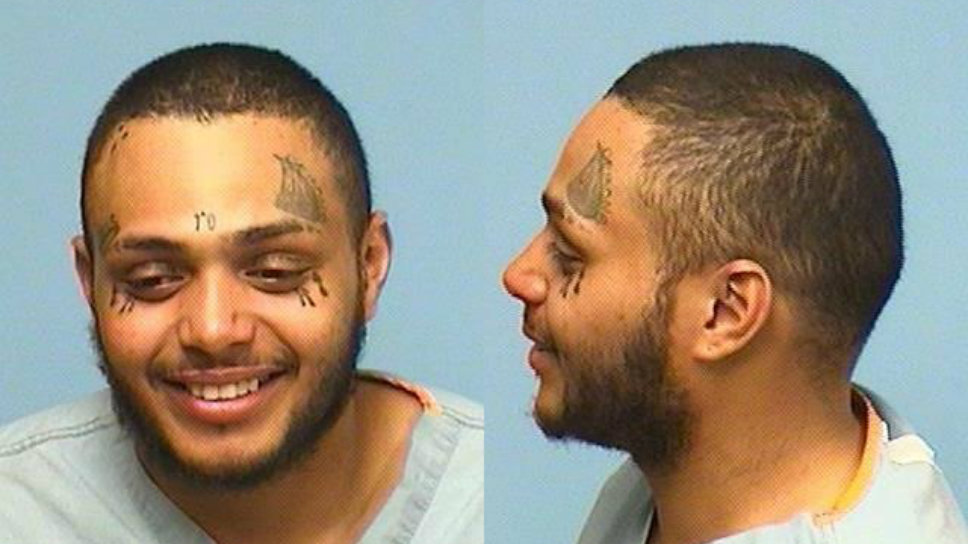 “He was on a tear for a few weeks around here,” Lake Forest Deputy Police Chief Karl Walldorf said.

Lake Forest Police heard at around 3:30 a.m. March 9 on the radio that a group of people smashed a stolen car into a gas station window or door, burglarized the station and headed south on Highway 41, according to Walldorf. He said officers from Lake Bluff, Lake Forest and Highland Park spotted the vehicle and followed it.

“We followed him through Lake Forest, tried to get him to stop and he would not stop,” Walldorf said. “We do not follow cars when there is no weapon or serious reason to stop the car.”

Three days later on March 12 Delvalle was at it again, according to Walldorf. This time Walldorf said police heard from the Illinois State Police that Delvalle was heading north on Interstate 94 and Highway 41 in a stolen pizza truck after allegedly committing an armed robbery. Officers from Highland Park, Lake Forest and Lake Bluff once again went it pursuit.

“We all tried to get him to stop,” Walldorf said. “This time we pursued to (Highway) 137 (in North Chicago). He eventually fled to Waukegan.”

During that pursuit, a Lake Bluff officer tried to force Delvalle to stop by attempting to put spikes on the road to puncture his tires and bring him to a stop. It did not work because the officer moved out of the way.

“He intentionally swerved his car toward the Lake Bluff officer,” Walldorf said.

On Delvalle’s third trip in a stolen car through the three North Shore suburbs March 16 he ran out of luck, according to Walldorf. Walldorf said his department got a report at about 2 a.m. that Delvalle was involved in a burglary or robbery in Chicago and was heading north in a stolen pickup truck on 94 and 41.

“Our officer and a Lake Bluff officer followed him,” Walldorf said. “Near (Highway) 176 he swerved and went into a ditch.”

For his drives through Lake Forest and Lake Bluff, Delvalle was indicted for unlawful possession of a stolen vehicle and aggravated assault, according to Vargas. Walldorf said the assault charge was for swerving toward the Lake Bluff officer.

Delvalle was indicted on two counts of aggravated fleeing and attempting to elude a police officer and one count of aggravated assault for his drives through Highland Park, according to Vargas. She said he was also indicted for possession of another stolen vehicle in North Chicago as well as one count each of burglary and criminal damage to property in Waukegan.

Delvalle will be arraigned on all charges April 14 in Lake County Criminal Court where he will have the opportunity to plead guilty or not guilty. He remains in Lake County Jail on a $100,000 bond. If convicted on all counts, he faces between 14 and 36 years in prison.