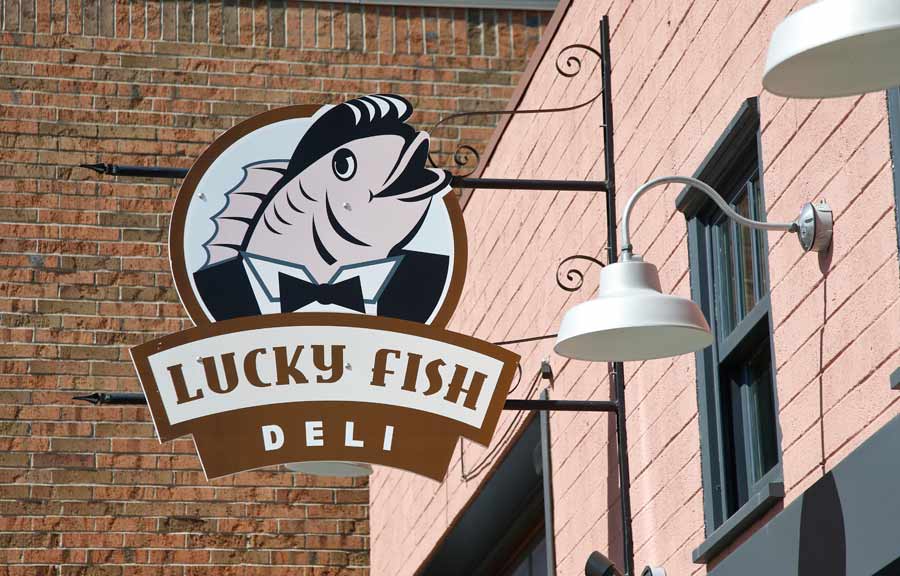 Lucky Fish in Highwood is opening a new spot in Northbrook. Photography by Joel Lerner/JWC Media

NORTHBROOK — Lucky Fish Deli, the latest member of the Once Upon Family of Restaurants, plans to open a Northbrook location late this spring.

Lucky Fish, which began in Highwood last summer, plans to open its newest eatery at 1349 Shermer Road in Northbrook in late May or early June featuring its own mix of eastern seaboard, Louisiana and Mexican fusion, according to Steve Geffen, one of the owners.

Unlike the Highwood spot, which is located in a redone warehouse behind another Once Upon restaurant, The Mean Wiener, the Northbrook facility is being designed exactly to the specifications of Geffen and his father, Gerry Geffen, the other owner and company founder.

“The seating (for 85) will be built around an open see-through kitchen with a bar along a wall,” Steve Geffen said. “There will be outdoor seating in the summer. We’ll be able to serve more than 100.”

Though Steve Geffen said the basic menu will be the same at both restaurants, the daily specials will be different at each.

“We have 25 specials we rotate,” Steve Geffen said. “They will be different in Highwood and Northbrook. We want people to come to both.” 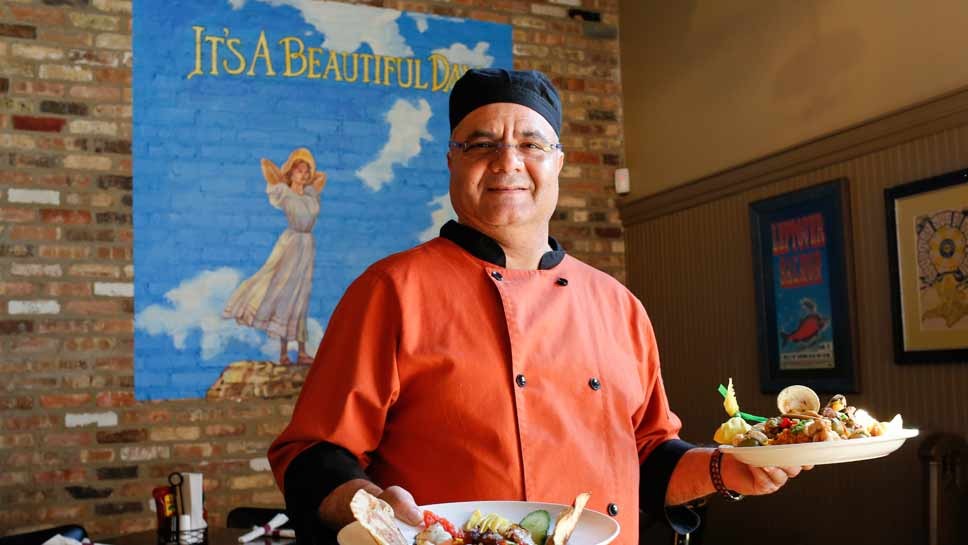 The idea for Lucky Fish was born when Highwood Alderman Eric Falberg told Gerry Geffen the city wanted to see revenue generated out of the warehouse space behind the Mean Wiener, an eatery focused on hot dogs.

“He said we should open a fish restaurant,” Gerry Geffen said. “He said Highwood didn’t have one. So my wife and I took a trip to Maine and ate lobster every day.”

When they returned, Gerry Geffen had an idea of how to build a menu. Steve Geffen had some other ideas.

“I love New Orleans seafood,” Steve Geffen said. “There is nothing like it in the world. We are a cross between East Coast style, New Orleans style and Mexican. We are a fusion of the three.”

If a customer wants linguini and clams prepared Italian style, they can get that too, according to Executive Chef Fructoso Sandoval. He said a customer wanted linguini with red clam sauce, not the white sauce on the menu, March 26. The person was accommodated.

“I tell the waitress if someone wants something done differently to see me,” Sandoval said. “I made all kinds of accommodations. I came out to see the customers and they were happy with it.”

“We hear that all the time,” Gerry Geffen said.

Another key element of Lucky Fish is the freshness of the fish. Steve Geffen said the restaurant can place an order for same-day delivery and receive a delivery of fish that were swimming that morning.

“We get boxes of crawfish and they’re still crawling around,” Steve Geffen said. “Everything is fresh. We don’t use frozen or farm raised. Our fish is caught wild.”

The pursuit of continual fresh fish is a challenge which can create seasonal limitations, according to Sandoval. He said when Northbrook opens customers can whet their appetite for Copper River Salmon and soft shell crab from Maryland which will be in season then.

Steve Geffen, who lives in Northbrook with his family, said he is particularly excited about bring Lucky Fish to his hometown. He said downtown Northbrook is becoming more and more exciting.

“It’s an up and coming town,” Steve Geffen said. “There’s a new generation of folks here and it’s a town where things are happening. Downtown Northbrook is going to be on the map.”

Along with seafood, Sandoval said the Northbrook Lucky Fish will have a surf and turf option.

“We’ll have one or two steaks,” Sandoval said. “They can mix it with their choice of seafood.”

This summer the third generation of Geffens will enter the business, according to Steve Geffen. He said his son, now 14, will begin working in one of the Northbrook spots. Steve Geffen was younger than that when he started helping his father.

“He would get angry when he couldn’t reach the register,” Gerry Geffen said. “It’s wonderful,” he added about his son’s involvement in the business.” 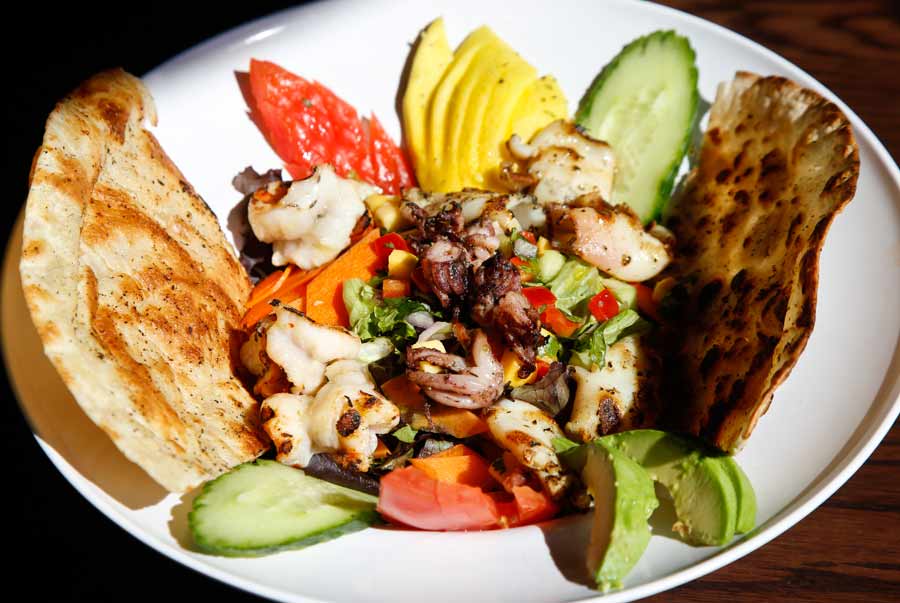 The Chef’s Salad at Lucky Fish in Highwood. Photography by Joel Lerner/JWC Media 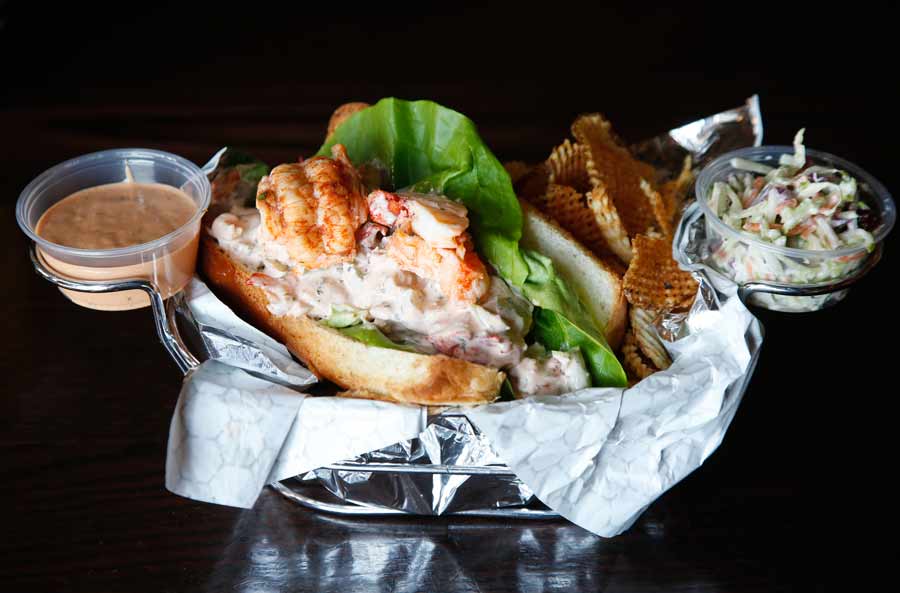 The Lucky Lobster Roll at Lucky Fish in Highwood. 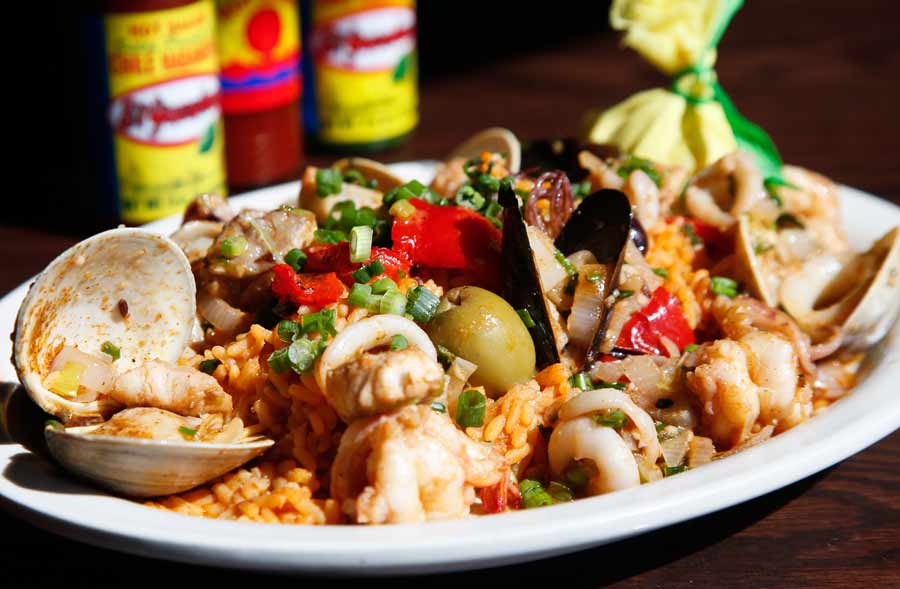 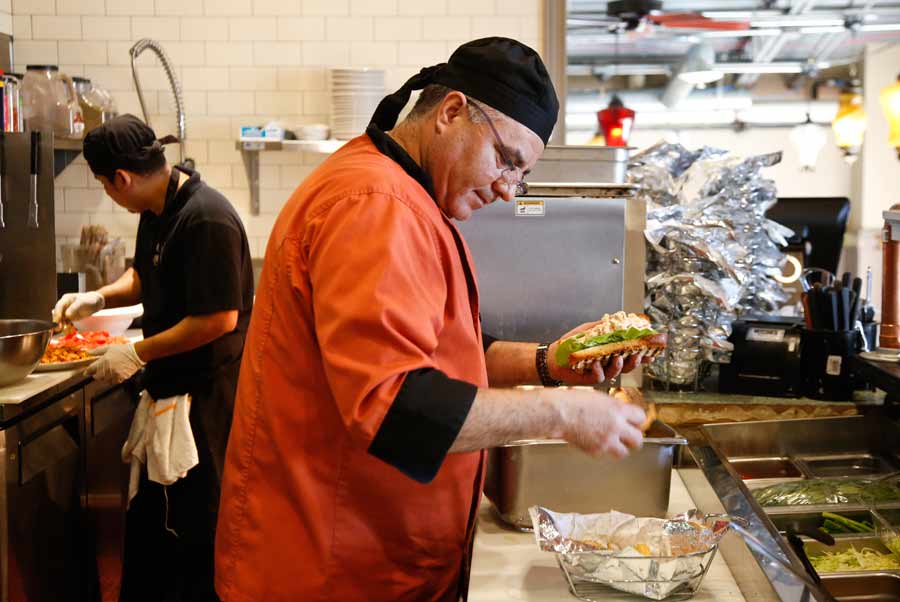