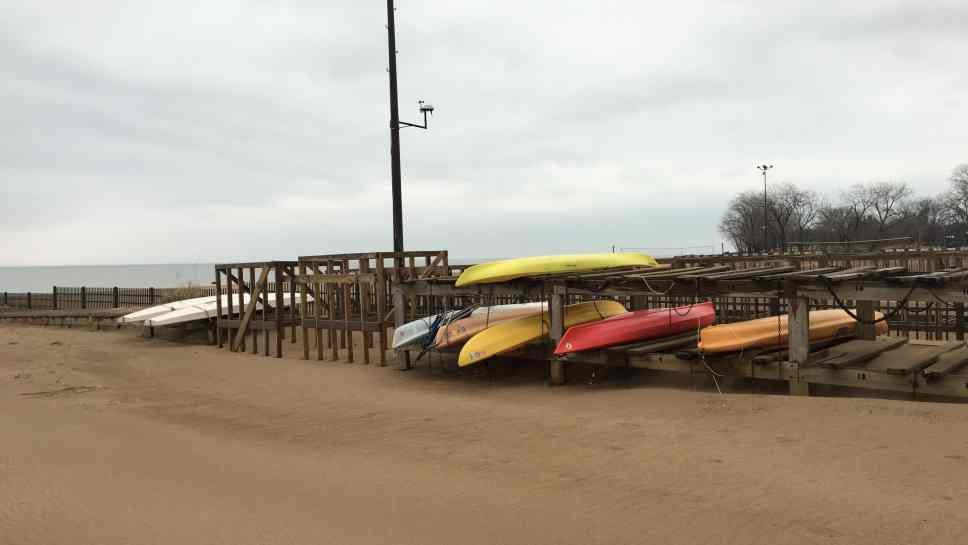 WILMETTE – To alleviate crowding and a long wait-list on the sailing beach, the Wilmette Park District is contemplating adding a storage location for the increasingly popular stand up paddle boards at the south end of Gillson Beach. One potential location under consideration is behind the dog beach and close to the trail-in launch area.

At the moment there are 161 residents who are on the waiting list hoping to keep their stand up paddle boards (also known as “SUP’s”) at the sailing beach adjacent to Gillson.

Park District staff contacted residents on the SUP waiting list to get a sense for whether they would be interested in this option. While most residents like the idea of additional SUP storage, they expressed an interest in keeping their names on the waiting list to get onto the sailing beach.

“My gut reaction is you can’t take residents off the list but maybe the coolness or hipe would gravitate to this new spot,” Commissioner Shelley Shelly said.

While Park District staff also considered adding up to 25 SUP spaces to the sailing beach, the Lakefront Committee dismissed that idea due to crowding and potential safety issues. Commissioner John Olvany noted from the audience that adding SUP spaces still may be a viable option. “If we can regulate the number of people going in the water it is going to alleviate the safety issue,” he said.

But Commissioner Shelly questioned whether residents would like being told whether they can take their SUP’s into the water. At this point, she asked staff to research potential SUP storage locations so that they could pilot a satellite location by the summer.

The committee agreed that making these smaller, incremental changes to the sailing beach would provide more recreational options to residents without changing the nature of the beach.