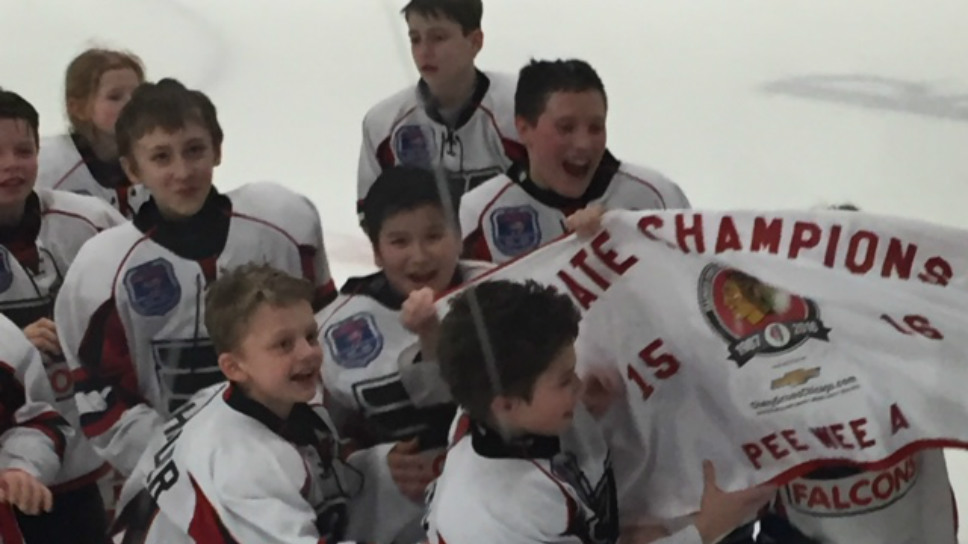 The Peewee Minor Falcons celebrate after winning the state championship.

The team finished ranked second in the country with a record of 41-10-5. The squad only gave up 1.4 goals per game. 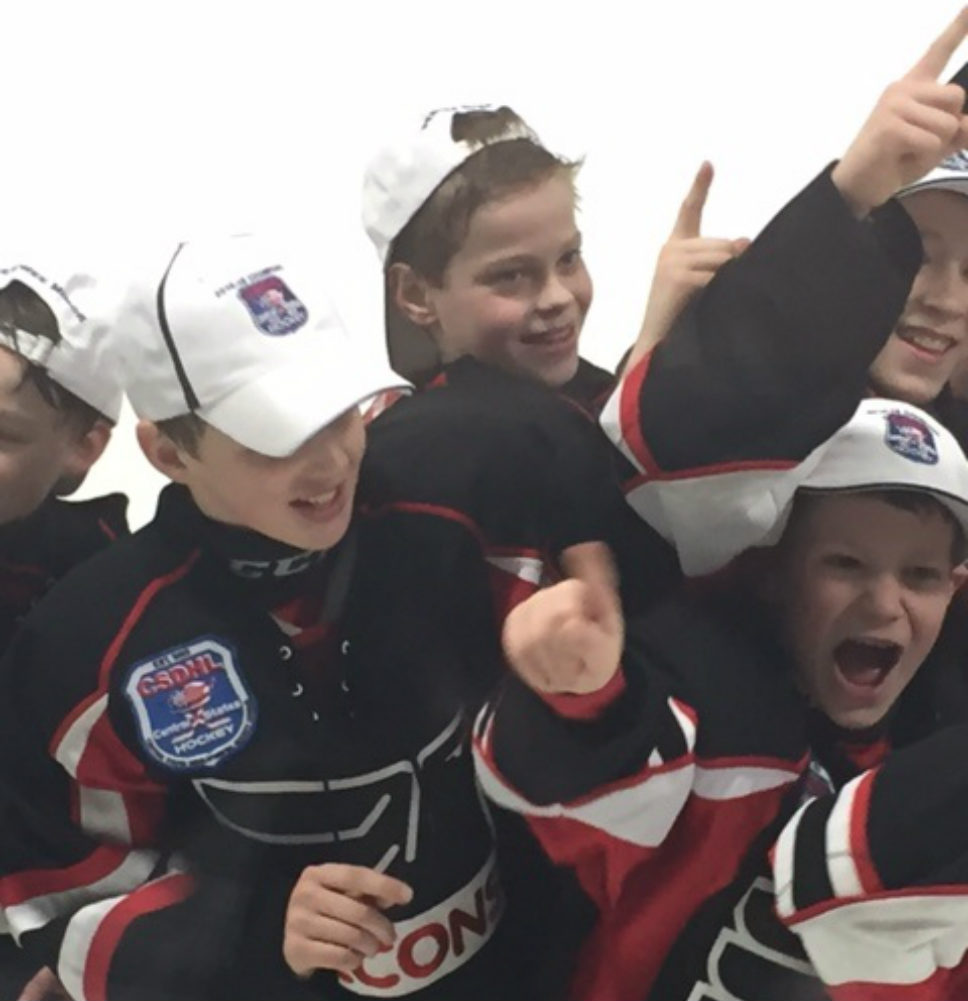