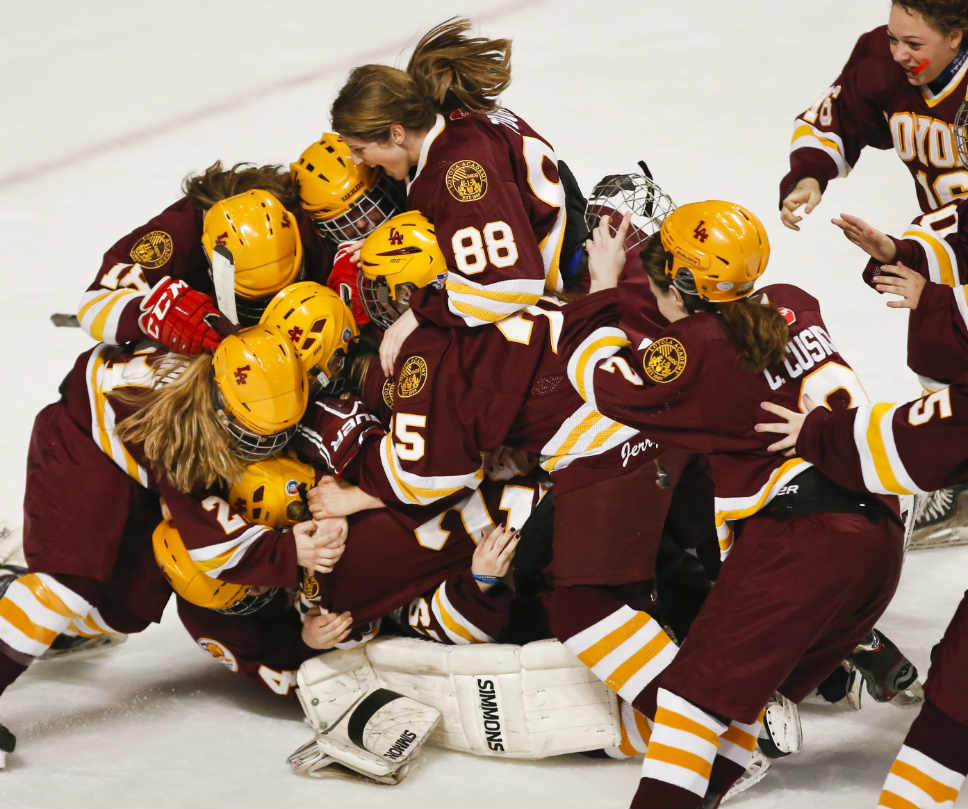 Meredith Touhy (No. 88) and her Loyola Academy teammates pile on to another after winning the state title at United Center. 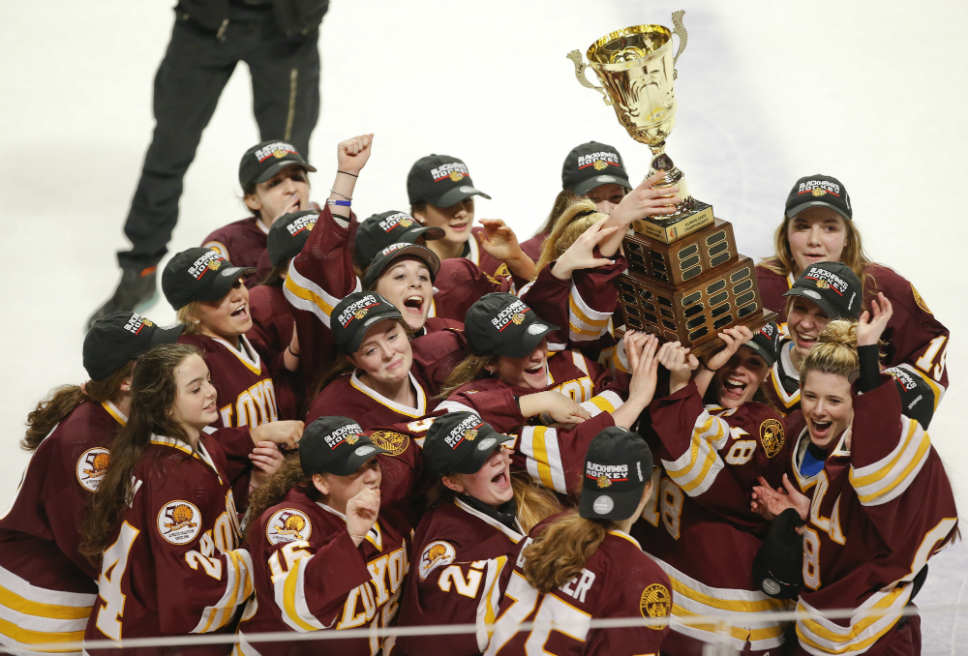 Maggie Cusick (No. 18) and her teammates lift up the trophy. 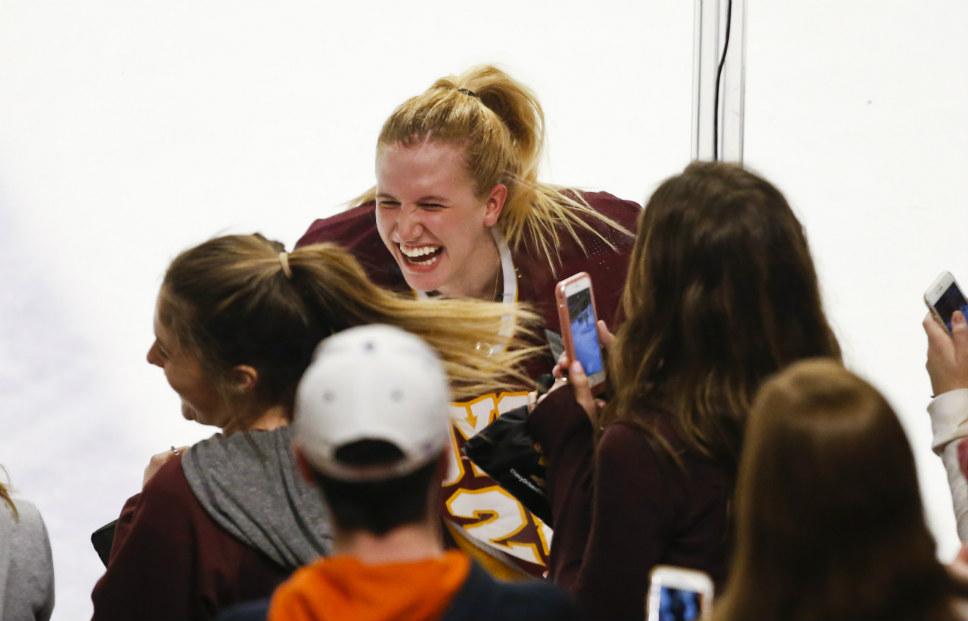 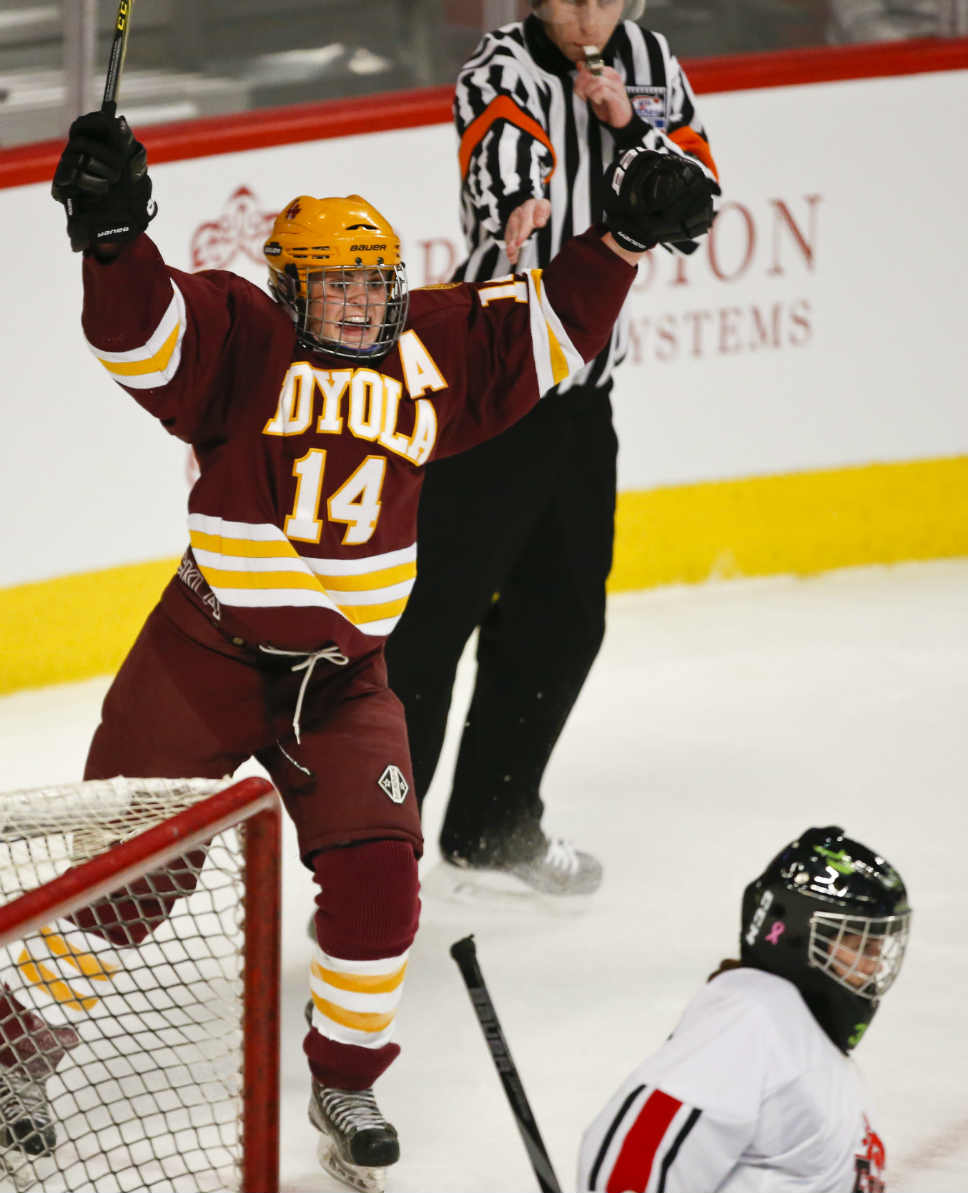 Valerie Caldwell reacts after scoring her goal in the second period. 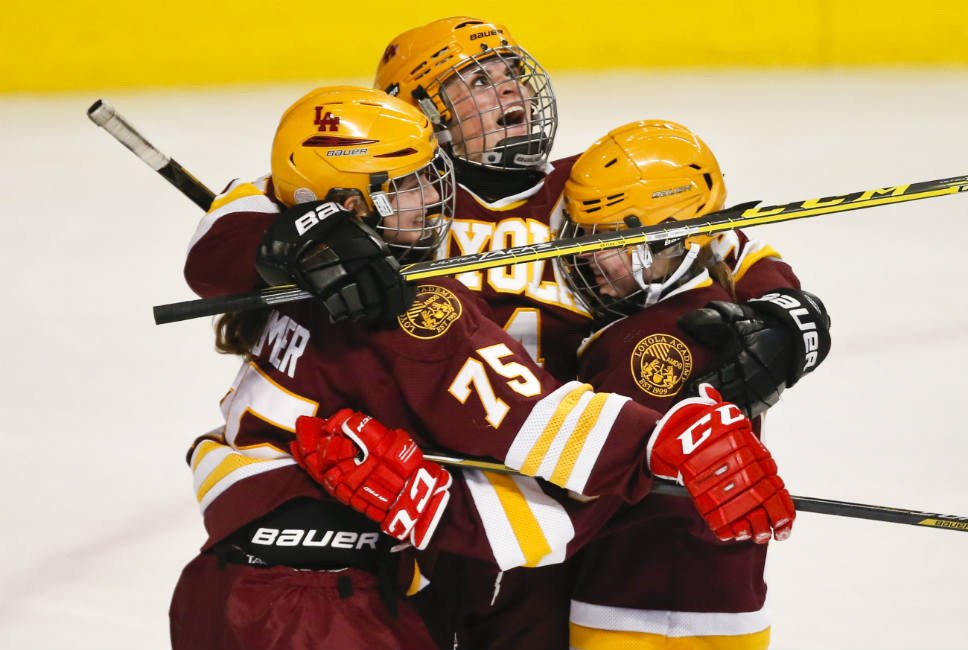 Valerie Caldwell (center) eyes the scoreboard while celebrating with teammates Anne Bloomer and Elanor Kroeger after scoring a goal in the second period. 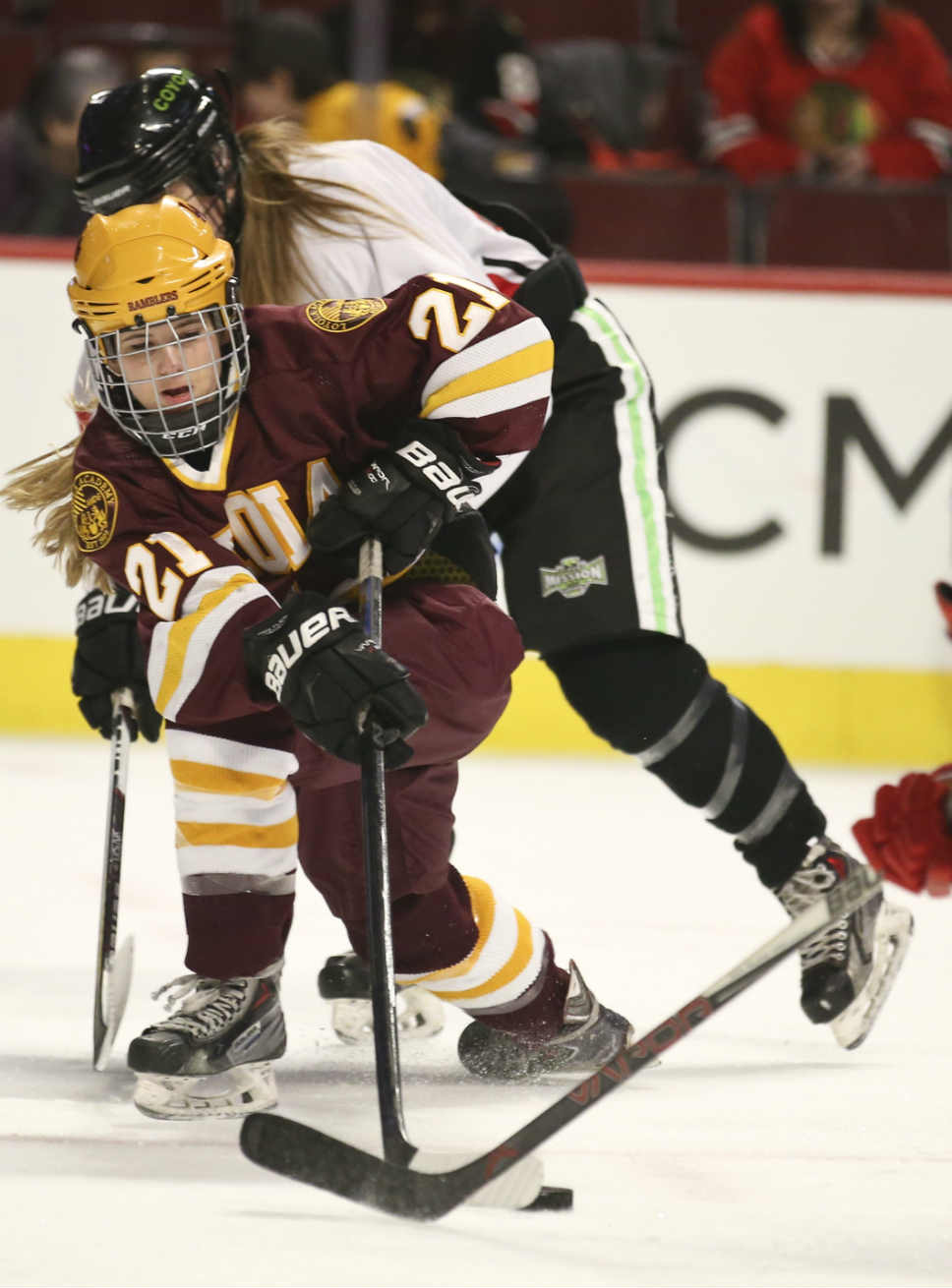 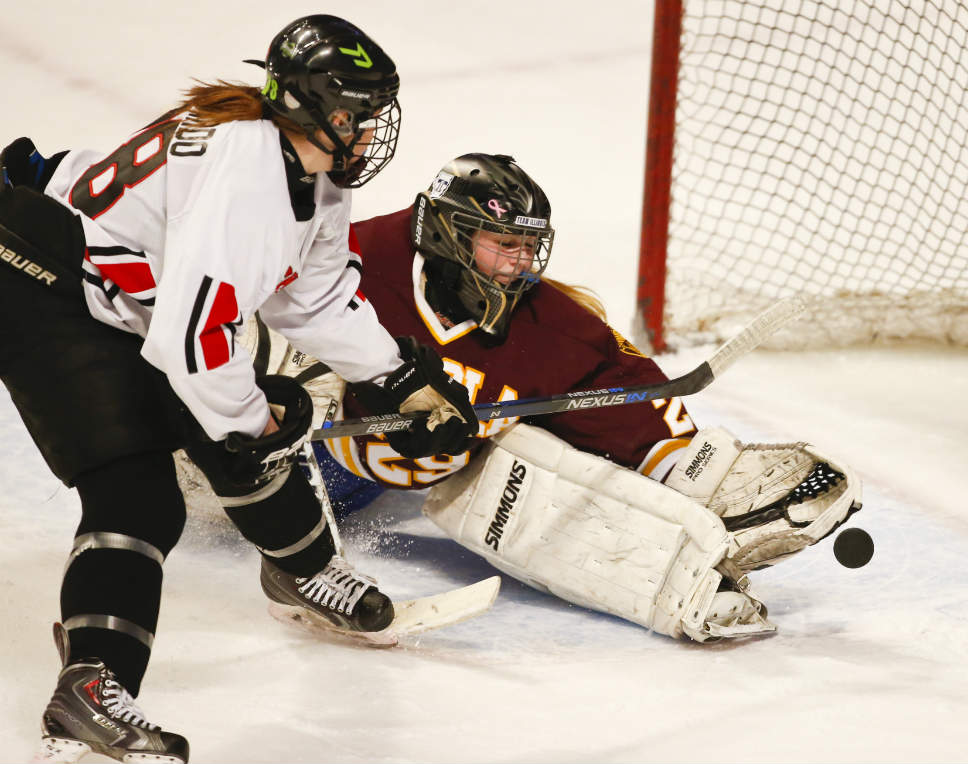 LA goalie Tianna Lavalle drops down to make a glove save against Barrington’s Nicole Guagliardo. 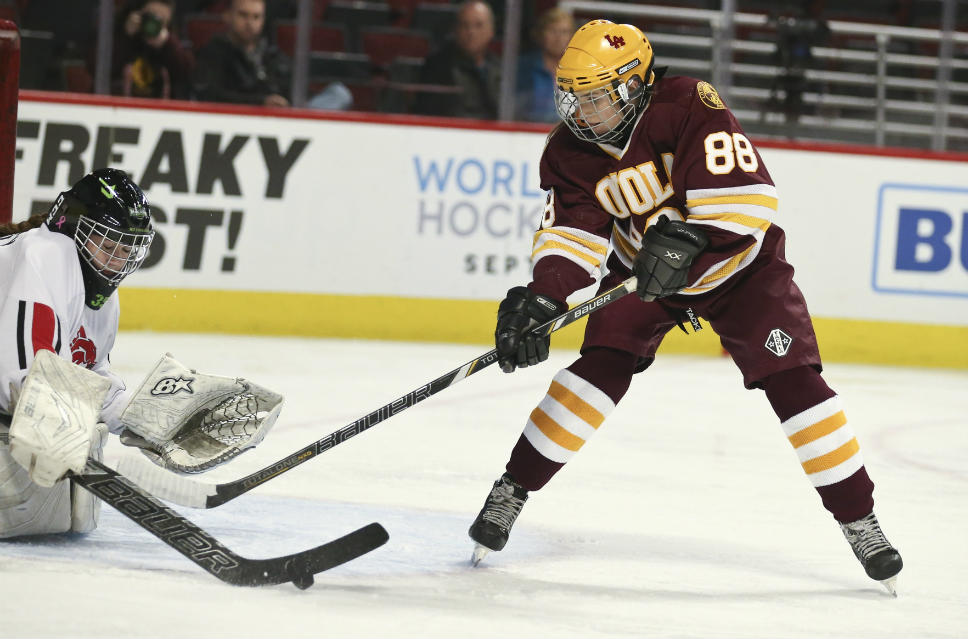 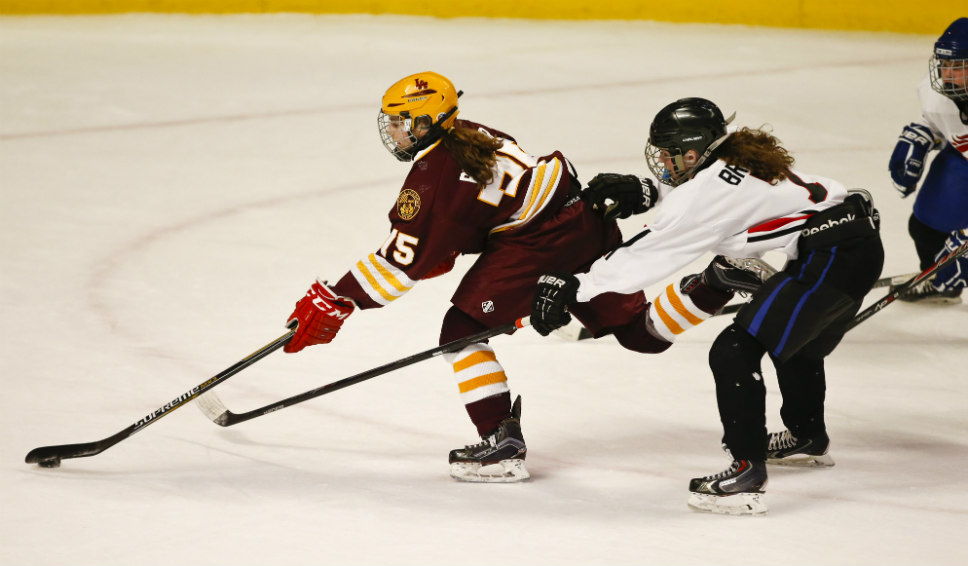 Anne Bloomer of Loyola Academy (No. 75) controls the puck in front of Barrington’s Celia Bresch. 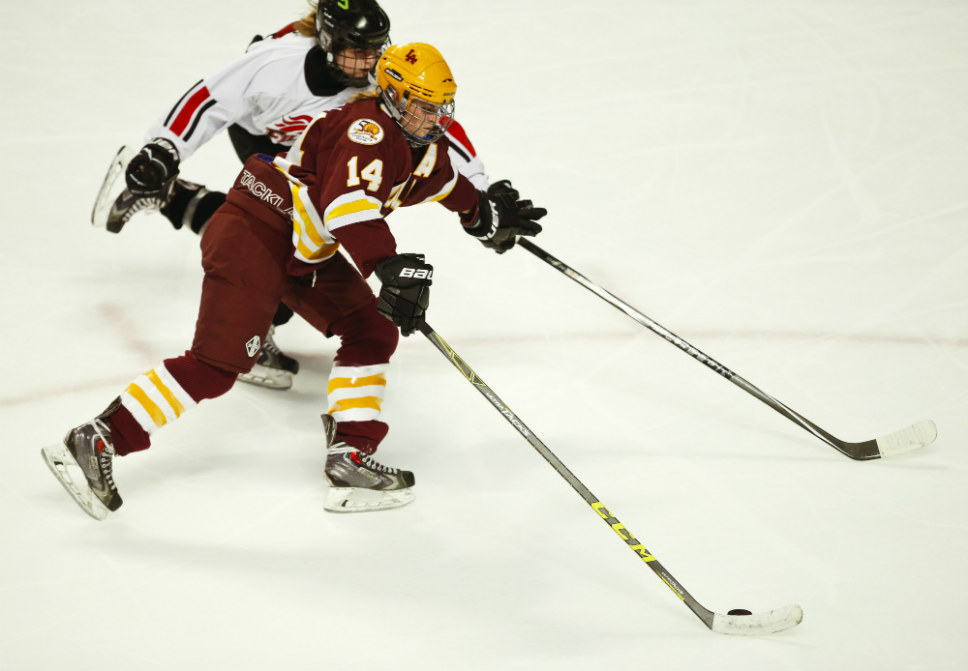 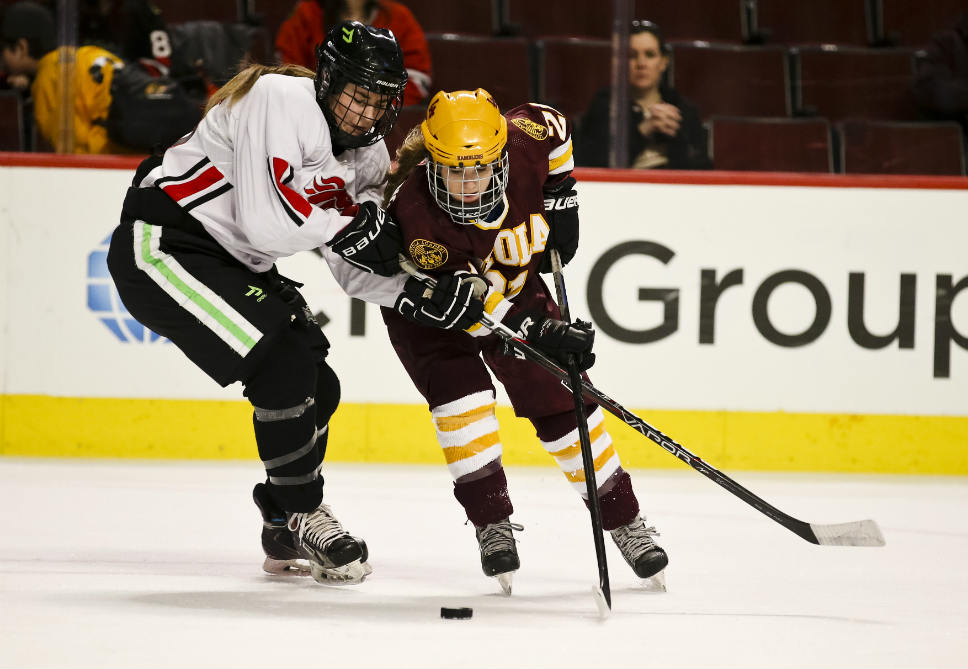 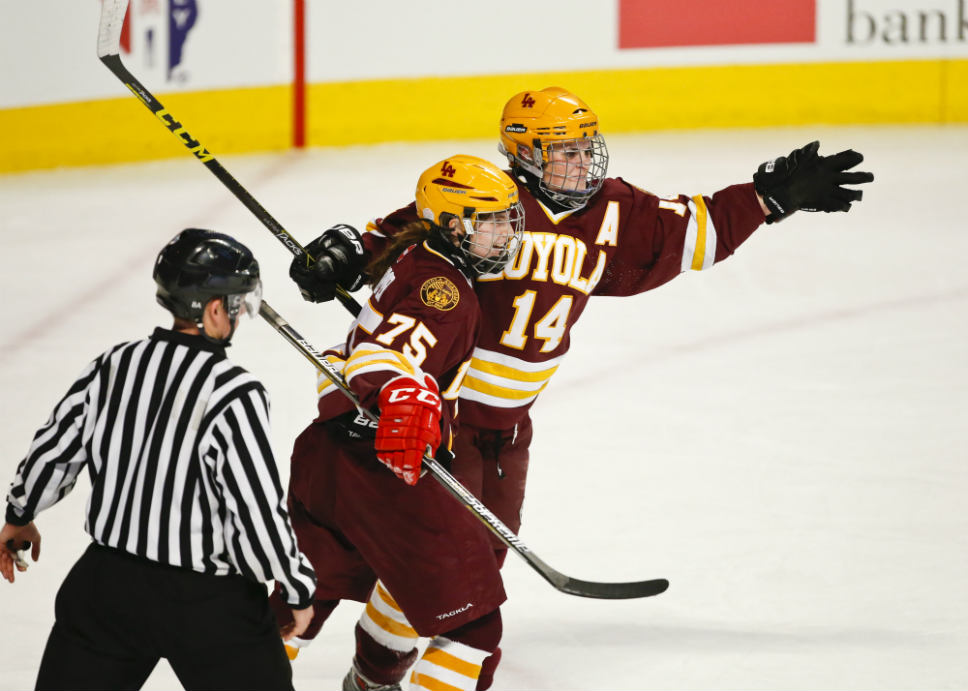 Valerie Caldwell (No. 14) and Anne Bloomer celebrate a goal. 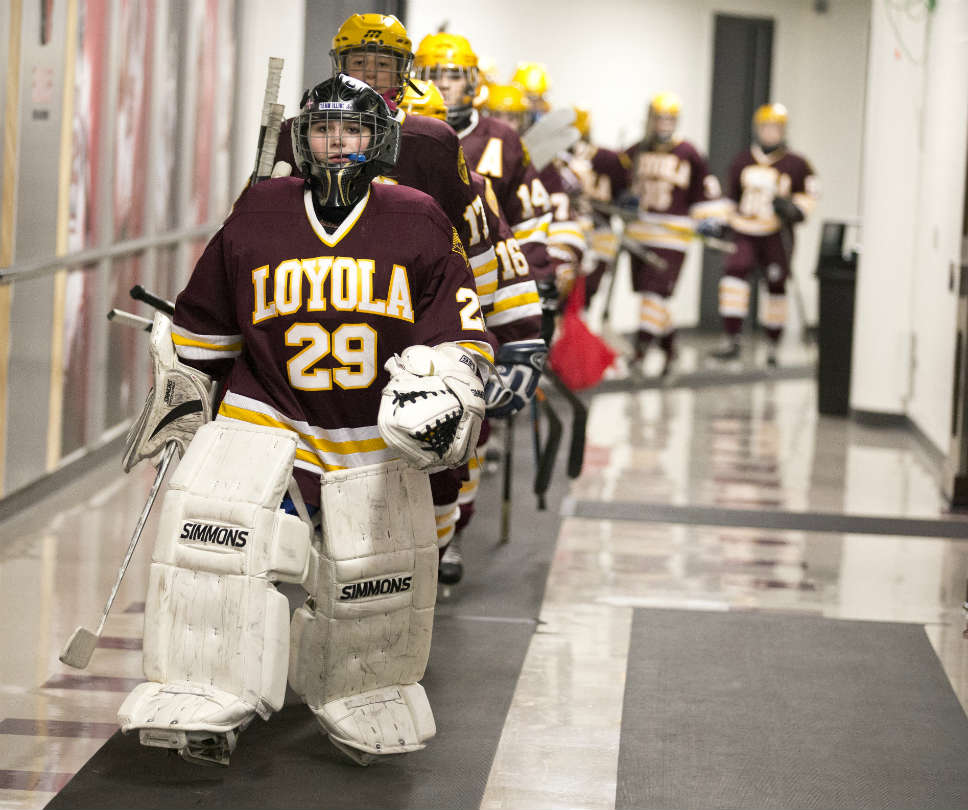