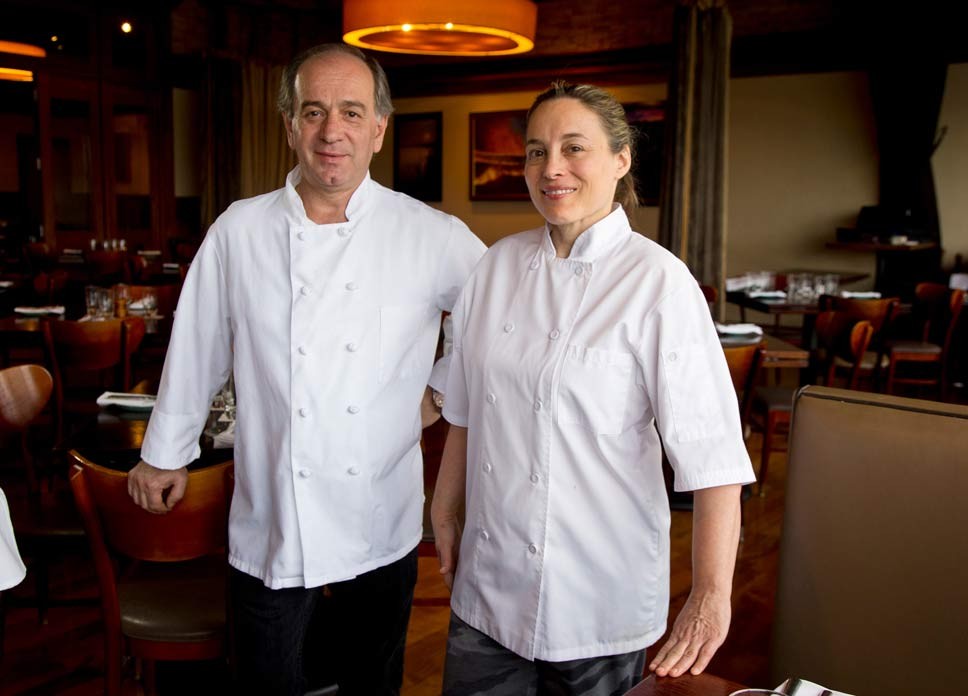 NORTHBROOK — Seasonal has a number of meanings for Prairie Grass Café in Northbrook.

“We take a local sustainable approach,” Stegner said. “We make things which are seasonal and very appropriate. We use local, sustainable products.”

Stegner was one of the founders of the Green City Market in Chicago 17 years ago, a year-around farmers’ market with 51 Midwestern farmers providing produce and protein, which changes the Prairie Grass menu with the season.

“It provides us with what’s fresh and in season,” Stegner said.

When it comes to St. Patrick’s Day, the food gets traditional with brunches served the weekend before featuring corned beef hash with hollandaise sauce and a poached egg on top. As St. Patrick’s Day itself arrives March 17, Stegner said they are in luck because cabbage is one of the things they can get fresh when they make corned beef and cabbage. Though the dish often sells out, Stegner said there is another reason Prairie Grass serves it.

“I really like corned beef,” Stegner said. “It’s something we’re really good at.”

Though the hollandaise sauce is green, Stegner said there will be plenty of beer available but none of it will be colored green.

There is also soda bread, according to Stegner. She said the recipe comes to Bumbaris from an Irish relative. 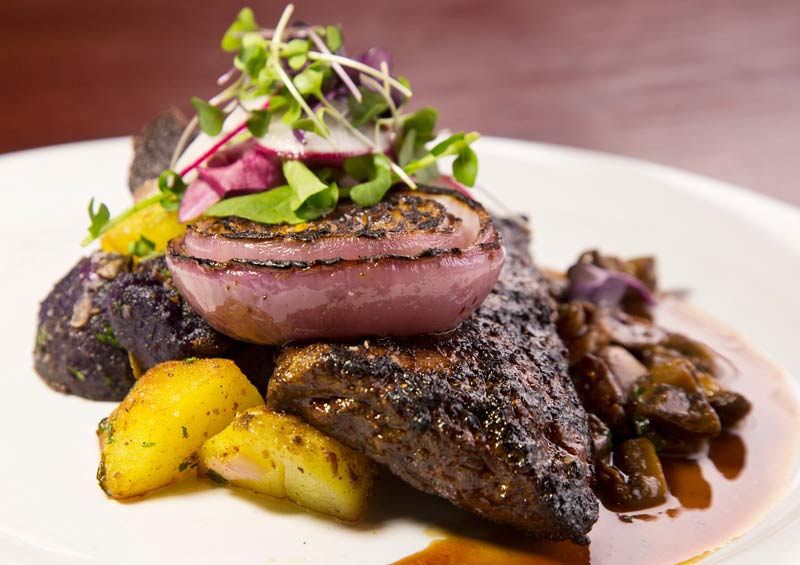 Making things seasonal and holiday appropriate also requires creativity, she said. Weather permitting, she said asparagus starts to arrive from farms in Indiana and southern Illinois in early May. Prairie Grass makes it for a Mother’s Day tradition.

“We use it different ways,” Bumbaris said. “We will serve it (as as a side with a main course) or do it raw as an appetizer. We may switch it up the next week.”

As summer arrives, so does variety, according to Stegner. She said she starts making more trips to Green City Market checking out what looks good and coming up with ways to offer diners something unique.

Produce is not the only food which is local, according to Bumbaris. He said lamb and pork both come from the area and he does more with them than racks and chops.

“We make sausage with the lamb,” Bumbaris said. “We do the same with pork. We also do braised lamb which is local.”

Both Stegner and Bumbaris are chefs who have worked together for 30 years, the last 12 at Prairie Grass. While it can be a challenge to have two high quality chefs in the kitchen, they said it works for them.

“We bounce ideas off each other and come up with things,” Bumbaris said. “For us it works having a kitchen with two chefs. We know each other so well we come up with good ideas. It has worked for so long.”

Bumbaris said their epicurean training is classic French. He said they use those skills to make things work in the Midwest.

The name Prairie Grass has a special meaning too, according to Stegner. She said it comes from the source of their produce and meat—the prairie.

“It’s a Midwest feel,” Stegner said. “It’s a lot of native food. There is a whole kind of feel to it.” 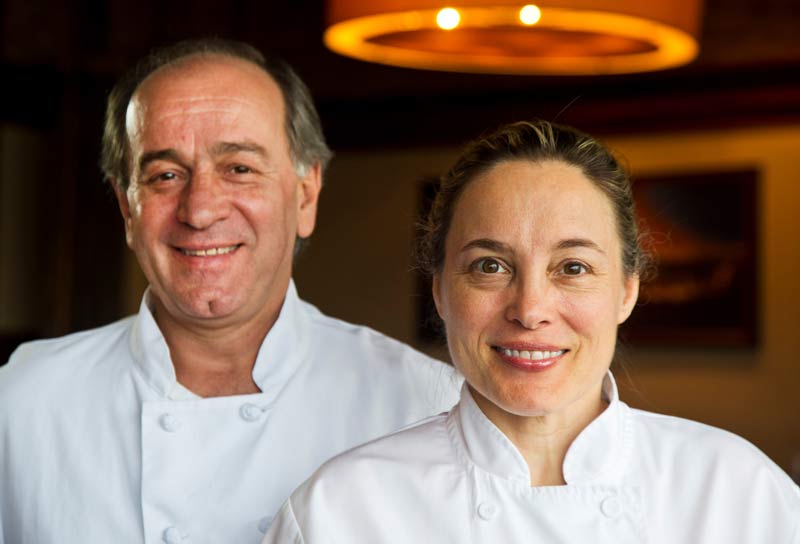