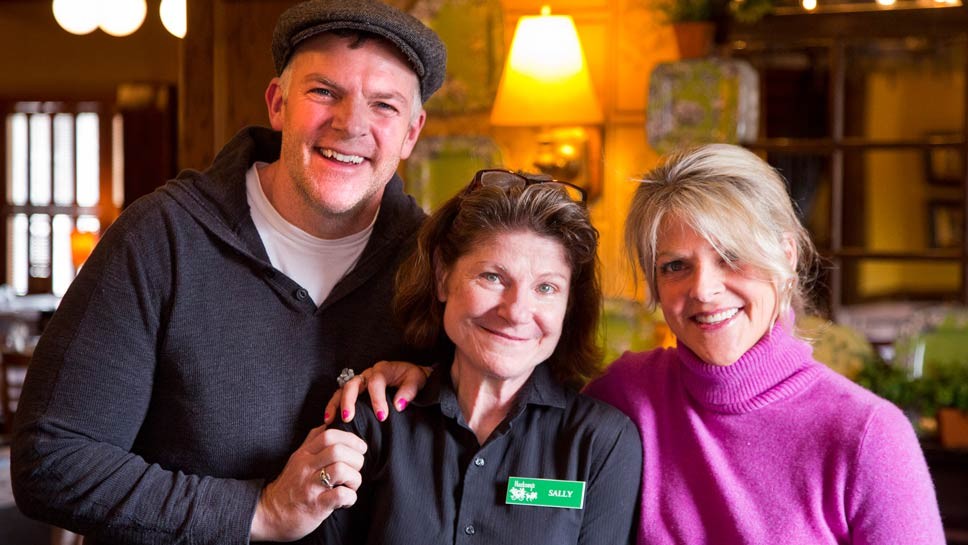 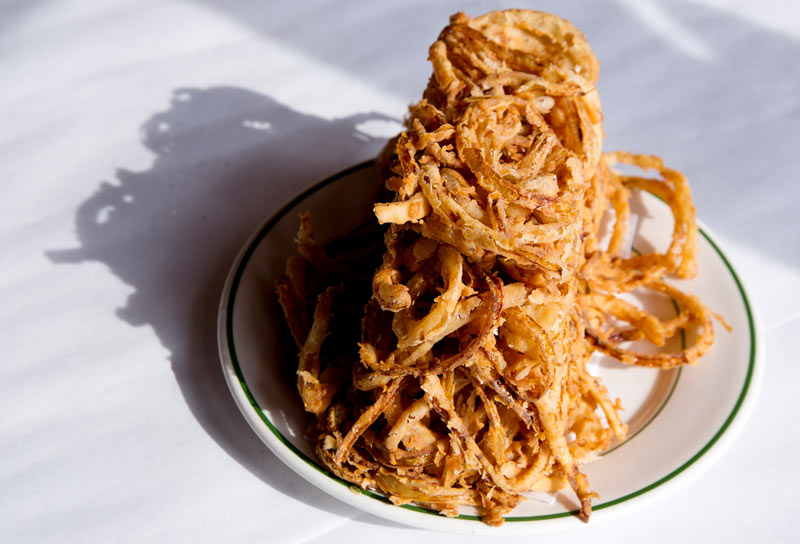 GLENVIEW — For the thousands of North Shore residents who have eaten Hackney’s French Fried Onion Rings few may know they were created to buy second generation owner Tom Masterson a little time for a special customer in 1957.

With its roots in the prohibition era, Hackney’s has been a family business and Glenview mainstay known for the onion rings, hamburgers and more at it original Harms Road location and its Lake Street restaurant, according to Sally Landri.

Landri is Masterson’s daughter who runs the chain of five eateries with her six siblings. Besides the two Glenview spots, there are restaurants in Lake Zurich, Palos Park and on Printers Row in Chicago. The Chicago location is operated by Jim and Ed Hebson, Masterson’s grandchildren.

On a Friday night in 1957, Landri said her father ran out of perch at Harms Road, saw a regular customer who always ordered perch on Friday night and took a quick trip to the Lake Street restaurant to get some.

“He told Carmen (Klassen, the chef,) to make something to keep them satisfied,” Landri said. “He knew Lake Street had perch. People at the bar saw what they were eating and said we want some of that.”

The original was created in a frying pan, according to Landri. She said the process has become more sophisticated for the mass production necessary to accommodate all the orders.

“We feed them to 1,200 people a day,” Landri said. “We had to come up with a system. We used a fryer and created the way to make them look like the brick they do now.”

The business had its origins on Harms Road when Jack and Bebe Hackney started serving hamburgers and beer on the back porch of their Glenview home during prohibition, according to Landri. She said she remembers being told about doors in the in the original family home adjacent to the restaurant which were locked out of necessity when beer was illegal.

Masterson bought the restaurant from the Hackneys, his aunt and uncle, for $1 in 1939 when he was newly married, according to Landri. She said he bought Engels Restaurant on Lake Street a few miles away in 1955 and it became the second Hackney’s. 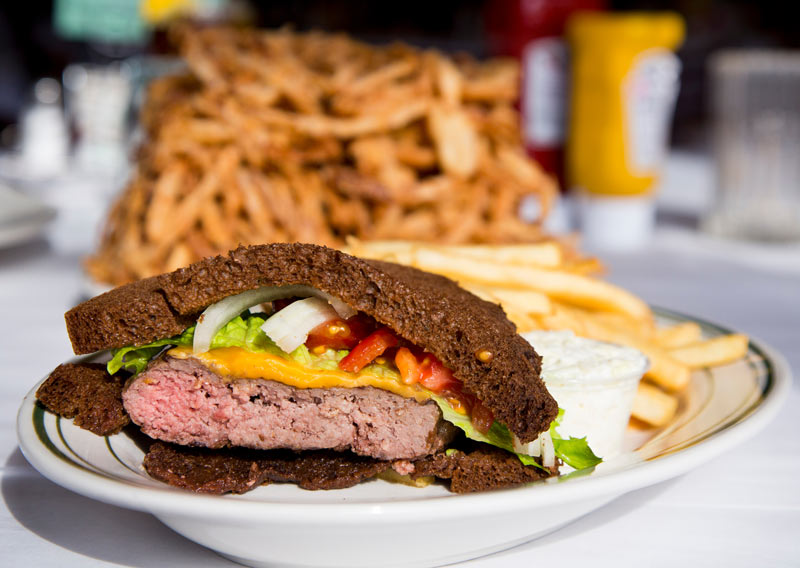 Hackneyburger on dark rye with a full brick of Hackney’s Original Fried Fried Onions at Hackney’s on Lake in Glenview. Photography by Joel Lerner/JWC Media 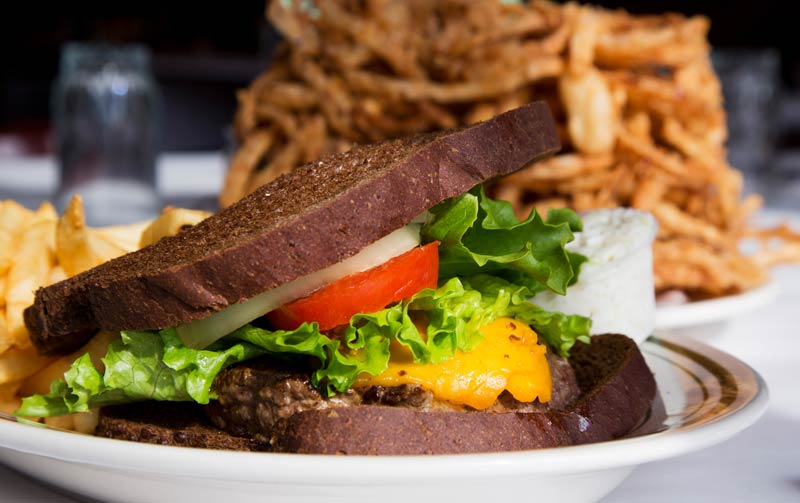 Hackneyburger on dark rye with a full brick of Hackney’s Original Fried Fried Onions at Hackney’s on Lake in Glenview. Photography by Joel Lerner/JWC Media

When Masterson died in 1987, all seven of his children took over the four existing eateries, Harms, Lake, Lake Zurich and Palos Park.

Landri works at the Lake Street restaurant along with her sister, Liz Hebson, and brother, Jim Masterson, Jr. Hackney’s on Harms is run by Jane Blair and Mary Welch, two more siblings. William Blair, Jane’s husband, is part of the team there too, according to Landri.

Liz Hebson’s sons—Jim Hebson and Ed Hebson—oversee the Printers’ Row eatery in Chicago taking the company into the next generation of the family. Landri said they all get along managing the business together but there are challenges.

“We have our disagreements,” Landri said. “You can’t help it but it makes us stronger.”
With all seven siblings literally growing up in the restaurant, it creates a bond which is both family and professional, according to Landri.

“It is your turf,” Landri said. “I remember running barefoot into the Tavern and going behind the bar to pour a coke and people would say ‘who is that barefoot girl.’” 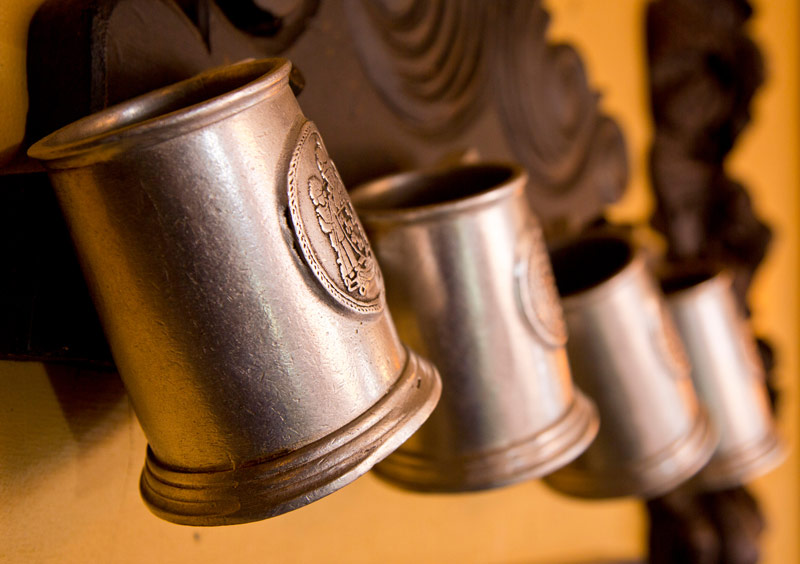 Along with the onion rings, Landri said the hamburgers remain a staple of the menu and get special attention. She said there was a butcher in Glenview who ground the meet daily and delivered it fresh.

“We try not to every freeze it,” Landri said. “When the old butcher retired we found a longtime butcher in Northbrook to grind it for us. He delivers five days a week. It’s always been the same.”
The blend is a secret, according to Landri.

Getting the bread right is another critical element, particularly the black bread for the hamburgers.
“Originally Aunt Bebe made the bread,” Landri said. “We got it from Bennison’s in Evanston for a while but then we built our own bakery near Lake Street.”

“When you have an Irish heritage corned beef is important,” Landri said of the Reuben. “Around St. Patrick’s Day is our busiest time of the year. We bring in music.” 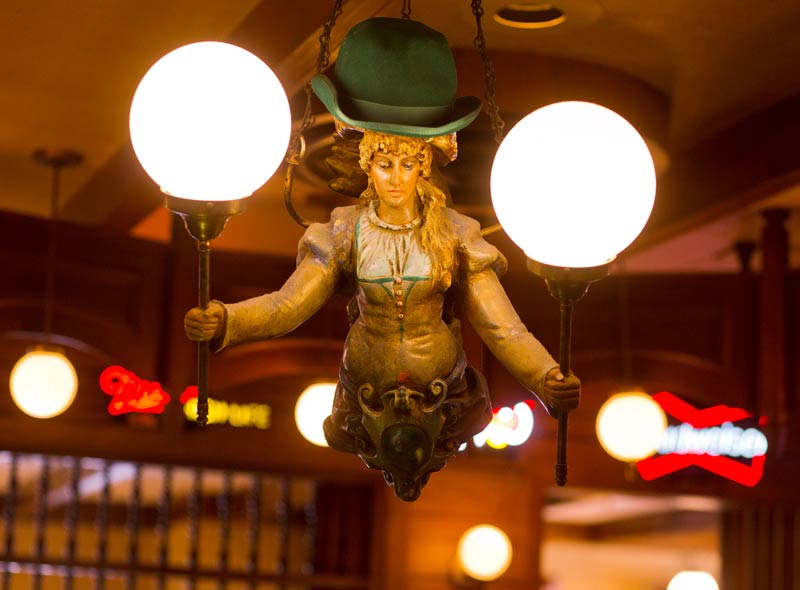 Circle hangs above the bar in the Circe’s Circle room at Hackney’s on Lake in Glenview. Photography by Joel Lerner/JWC Media