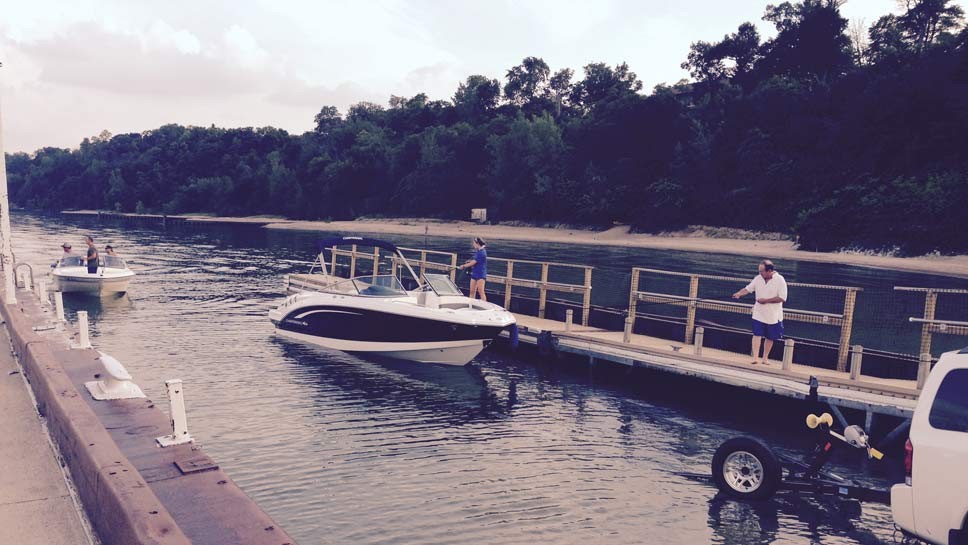 HIGHLAND PARK – The City and Park District have reached a preliminary agreement that will allow the continued use of power boat access at Park Avenue Beach in 2016. All recreational activities, including sailing, fishing, kayaking, walking to the beach, power boating and jet skiing will continue to be available outside a security perimeter of the water treatment plant.

City Councilman Tony Blumberg along with Park District Board of Commissioners President Scott Meyers, Park District Executive Director Liza McElroy and City Manager Ghida Neukirch worked with a group of residents to explore options that would provide for continued power boat access at Park Avenue Beach. The city and park officials have developed a plan that has the city overseeing traffic management and parking, and the Park District continuing its role of overseeing recreational activities at the site.

A one-year operating agreement will be drafted between the parties for the 2016 beach season. Starting in April, the Park District will make launch and parking passes available for sale. The North Shore Yacht Club will continue to operate from the south beach as well. At the conclusion of the 2016 boating season, the city and the Park District will review and evaluate the results of this plan, and will discuss options and opportunities for continued collaboration at Park Avenue Beach for the 2017 season and beyond.

“We appreciate the collaboration, input and work between the city, Park District and so many others over the last year to identify a solution that works for all,” said Mayor Nancy Rotering. “We are committed to providing full access to Park Avenue Beach and believe a viable option has been presented which strikes a balance between recreation and the safety of our water supply.”

“We are delighted that the Park District, the city and our boating community were able to work together to find a solution for safe access for all Park Avenue Beach users,” said Meyers. “I would like to thank everyone who provided their thoughtful input and commitment over the past 16 months to allow power boating to continue at Park Avenue.”