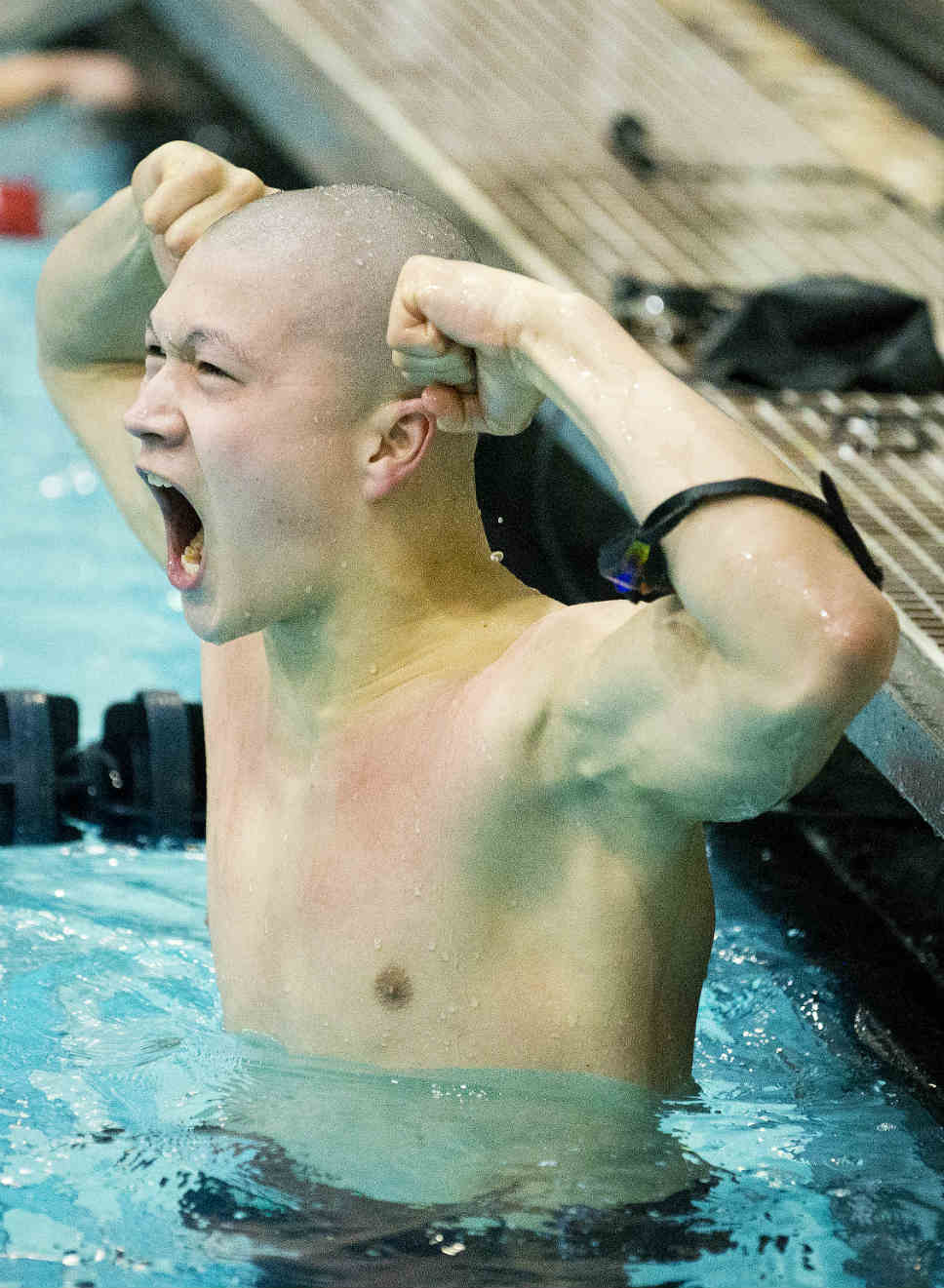 Glenbrook South’s Sam Iida celebrates his second-place finish in the 200 IM. He finished the race with a personal-best time of 1:48.33. Normal West’s Andrew Loy won in 1:48.13. 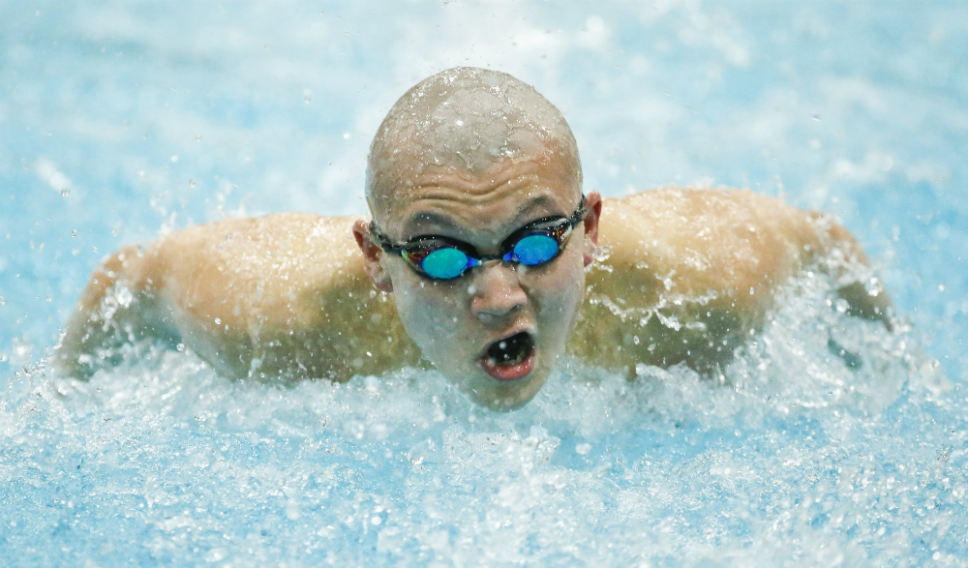 GBS’s Sam Iida drives to a second-place finish in the 200 IM. The junior also took runner-up honors in the 500 freestyle. 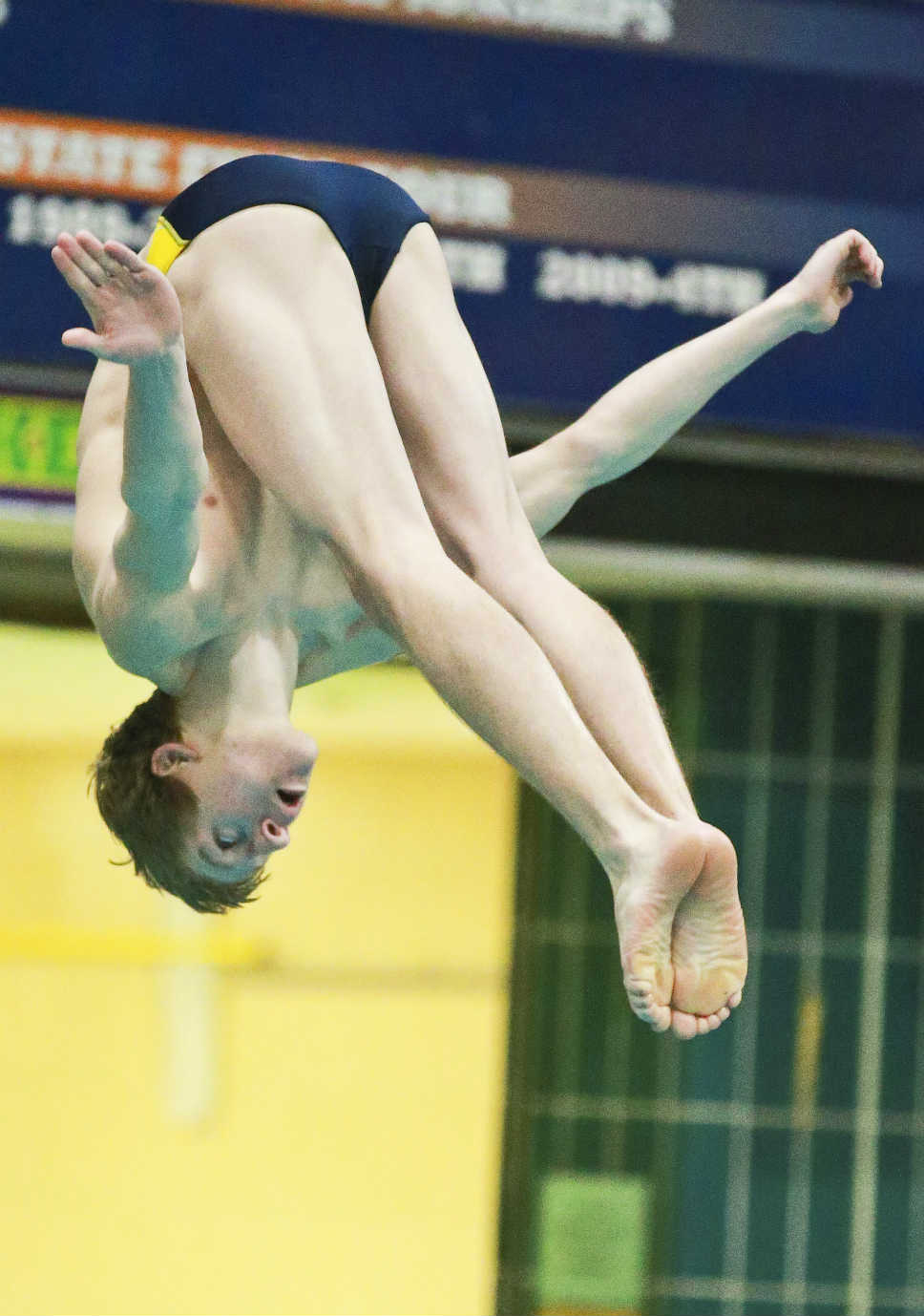 GBS senior Patrick Tener performs a dive in the finals. He placed ninth with a 418.30 score. 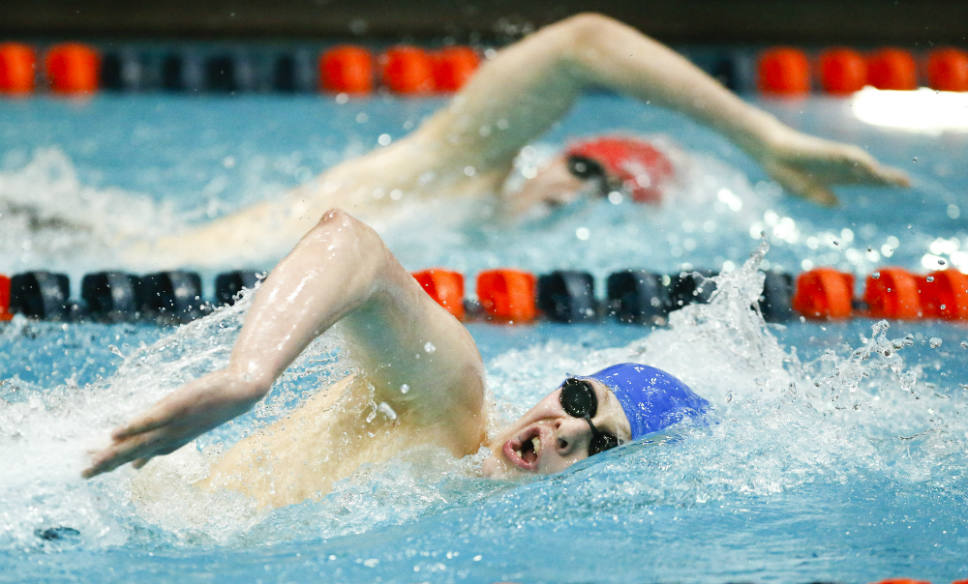 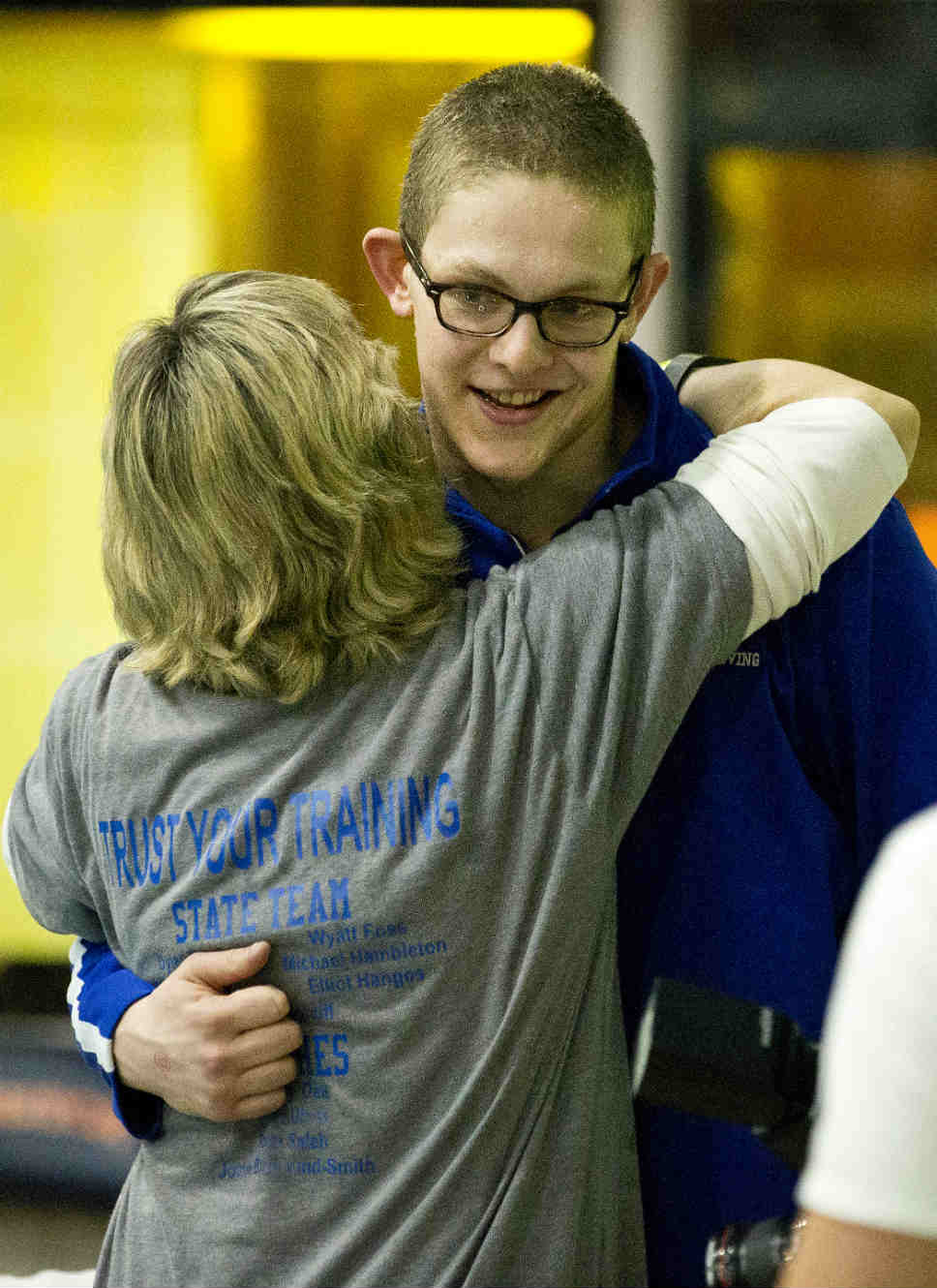 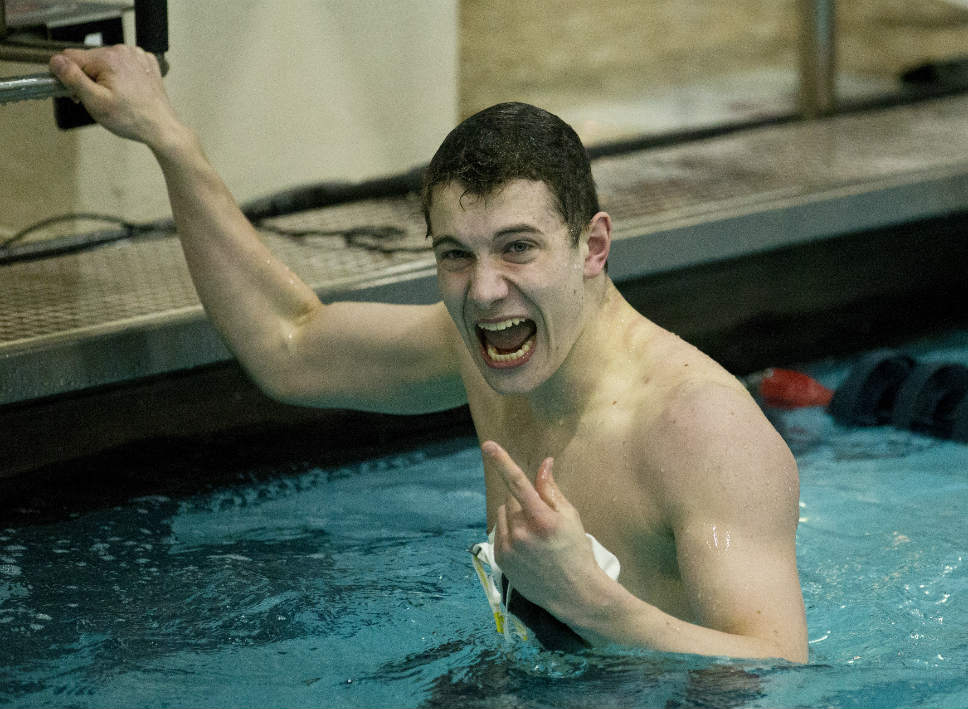 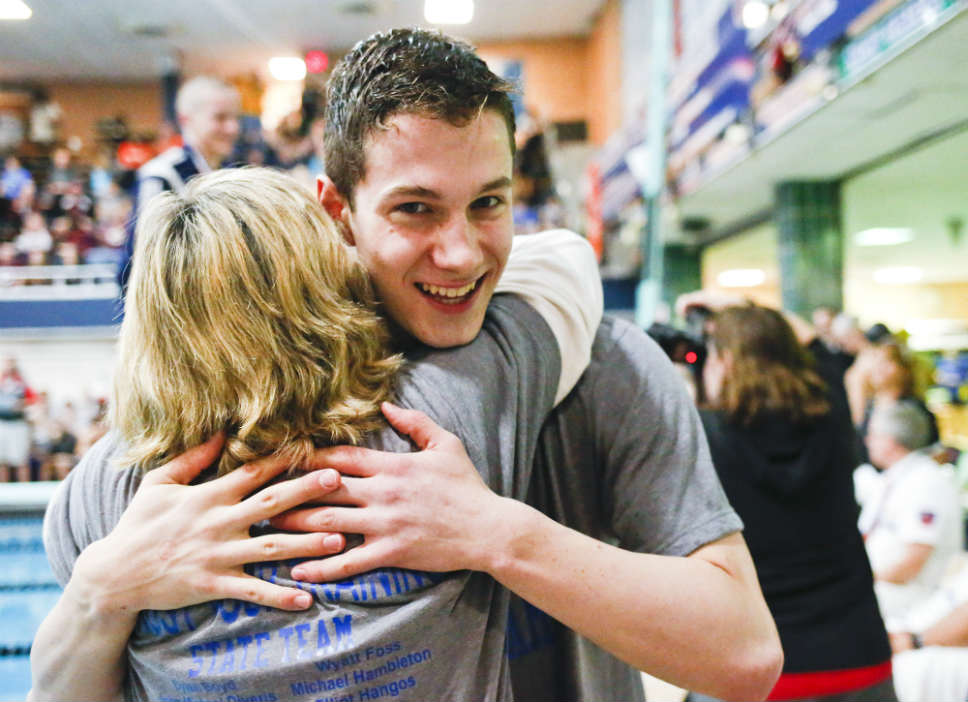 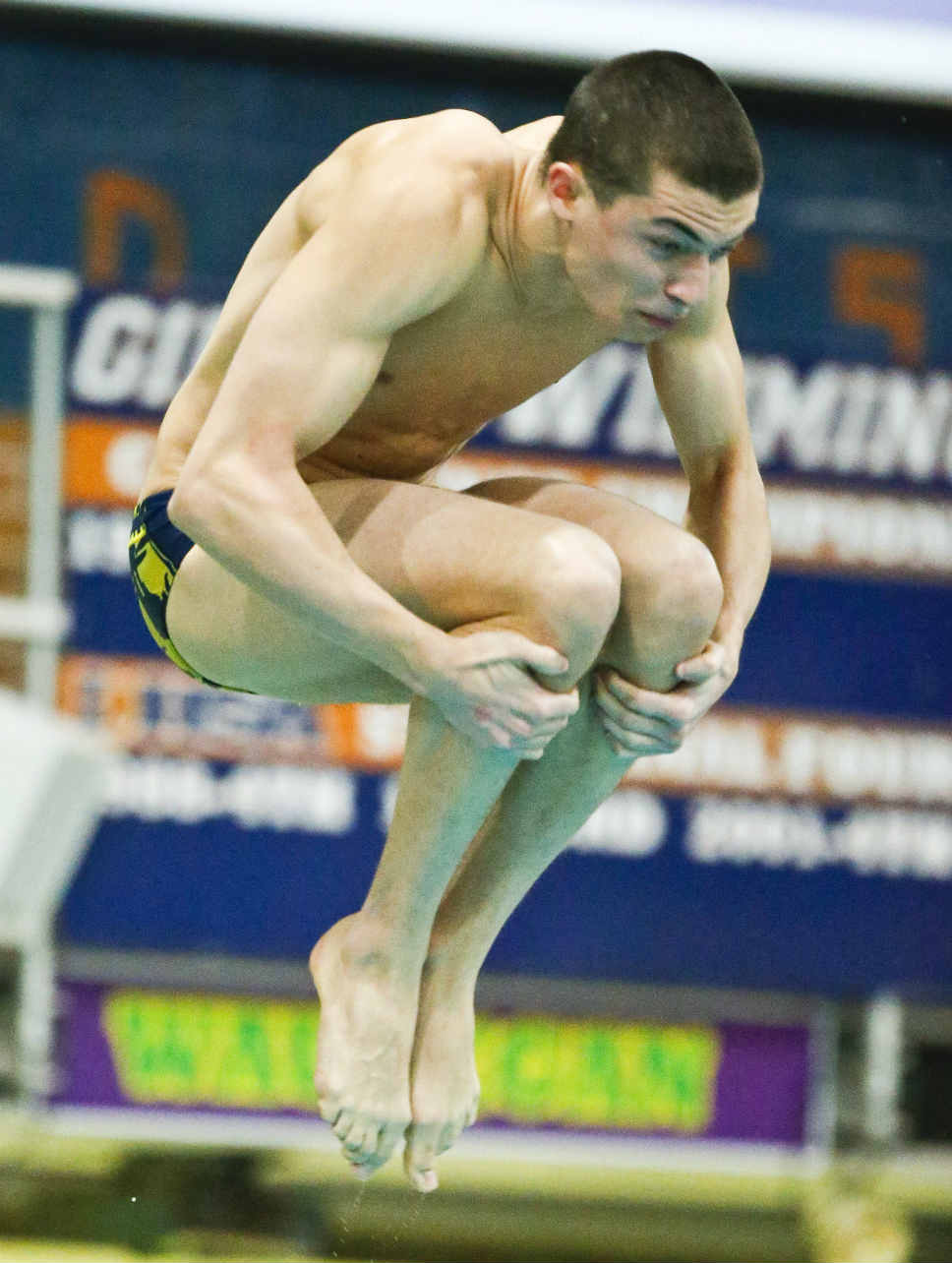 Lake Forest High School’s John-Michael Diveris performs a dive in the finals. He came in 4th (461.90). 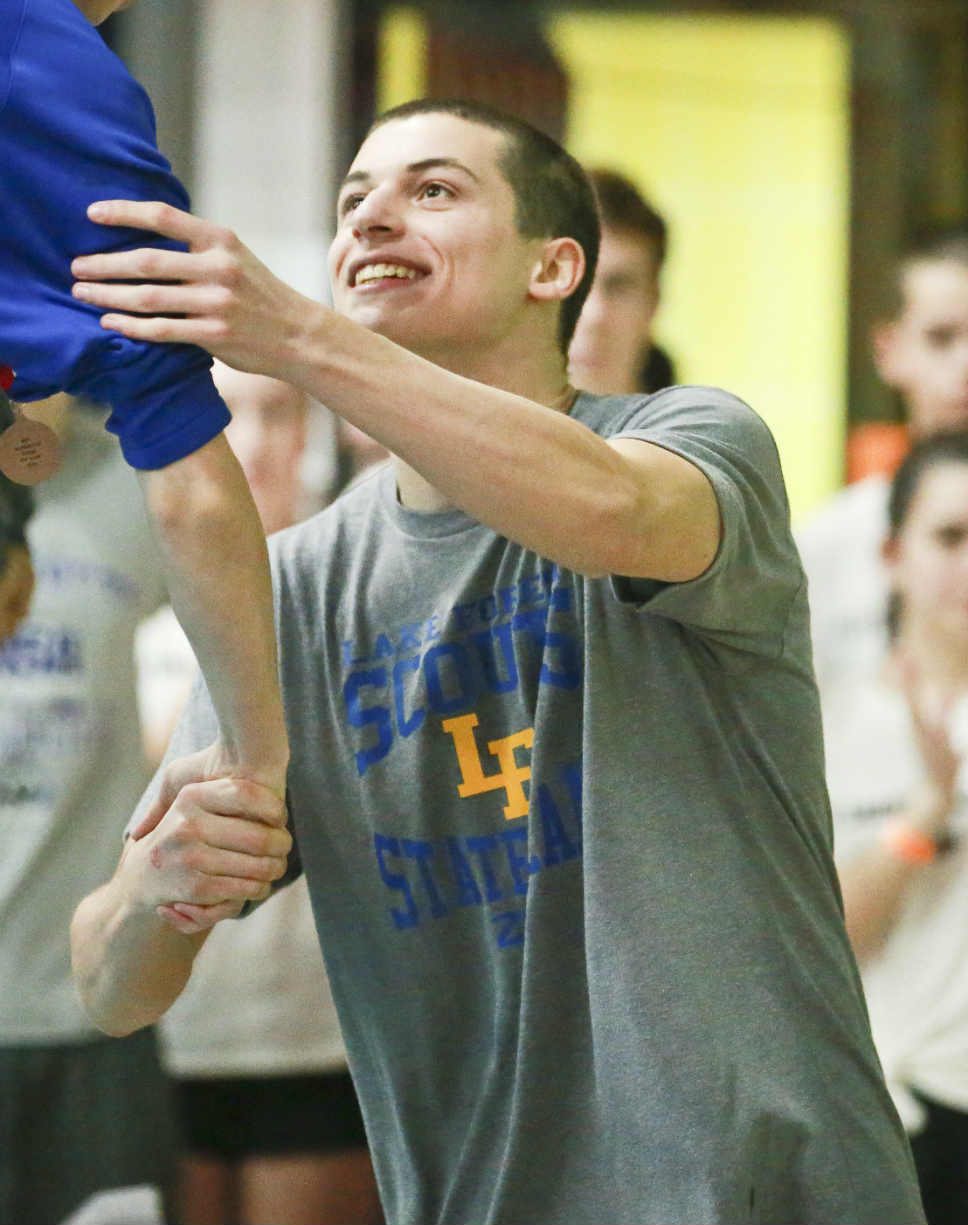 LF’s John-Michael Diveris shakes the hand of a competitor before receiving his fourth-place medal. 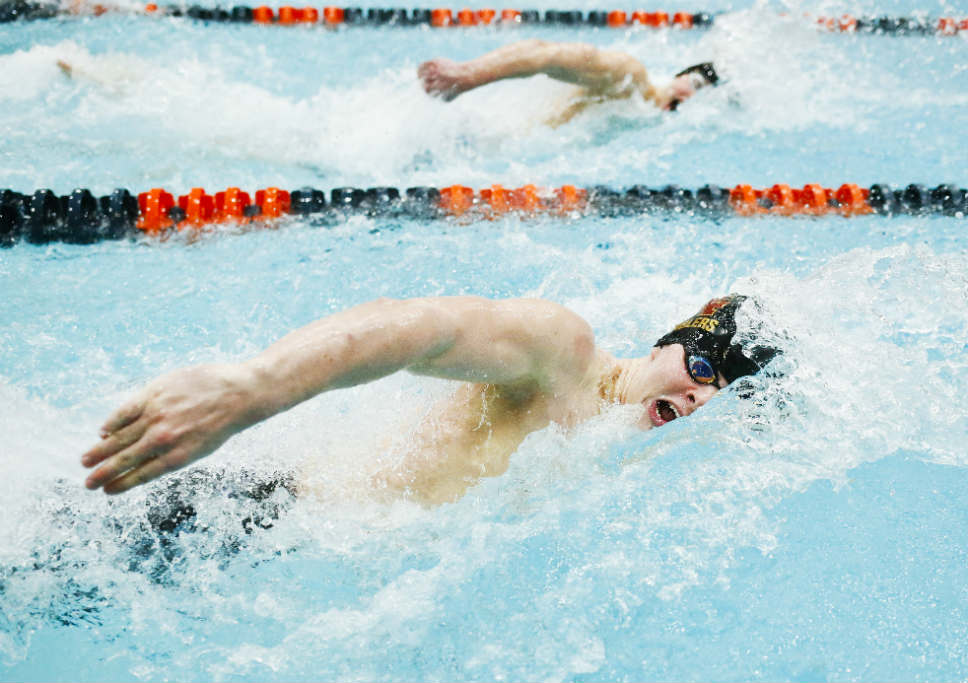 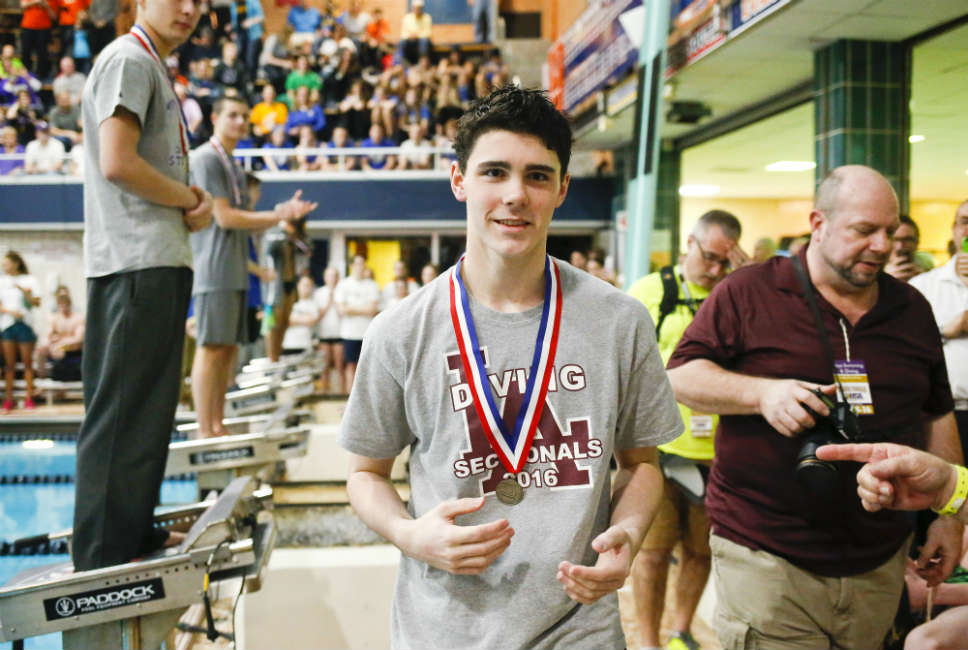 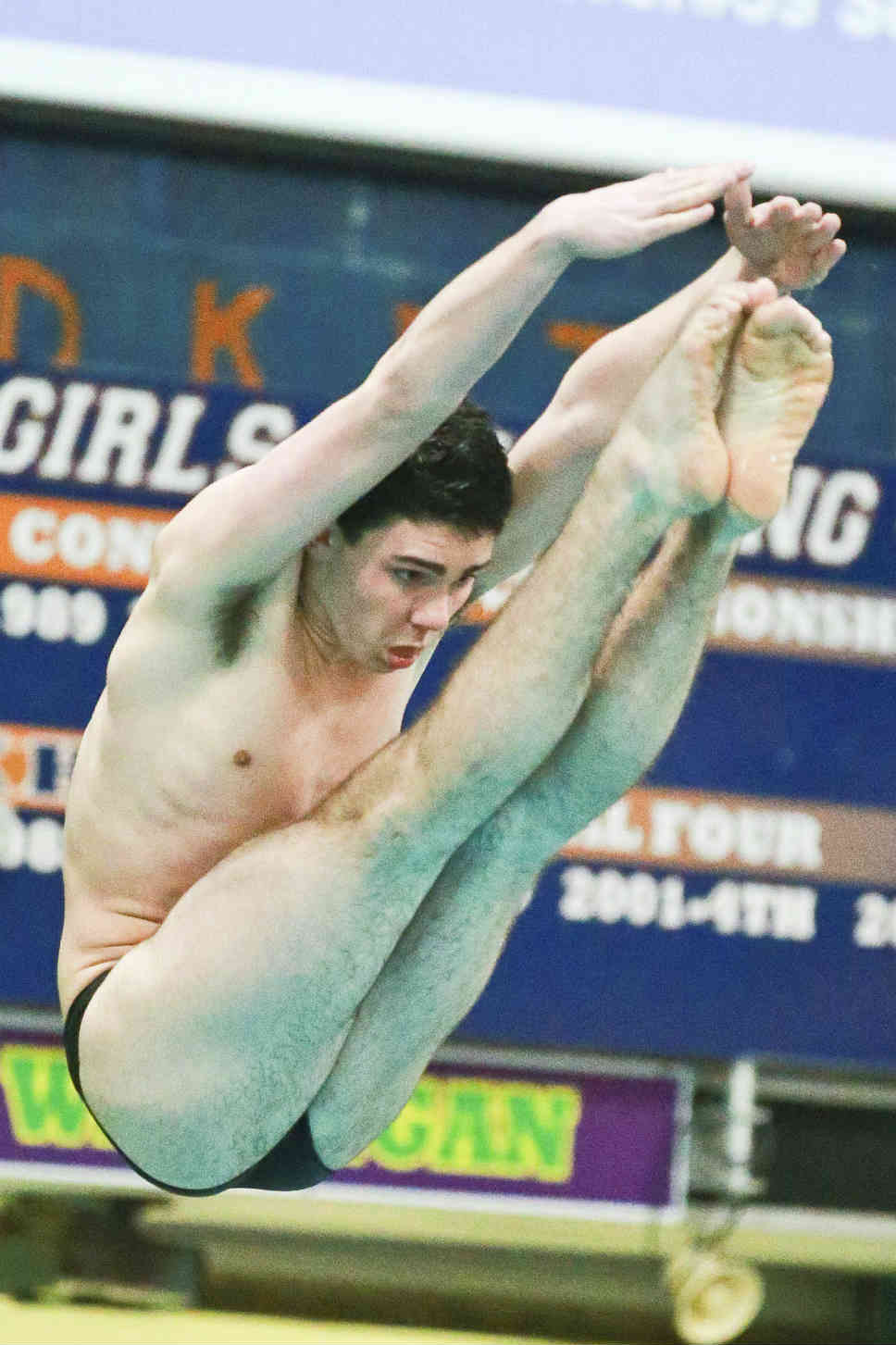 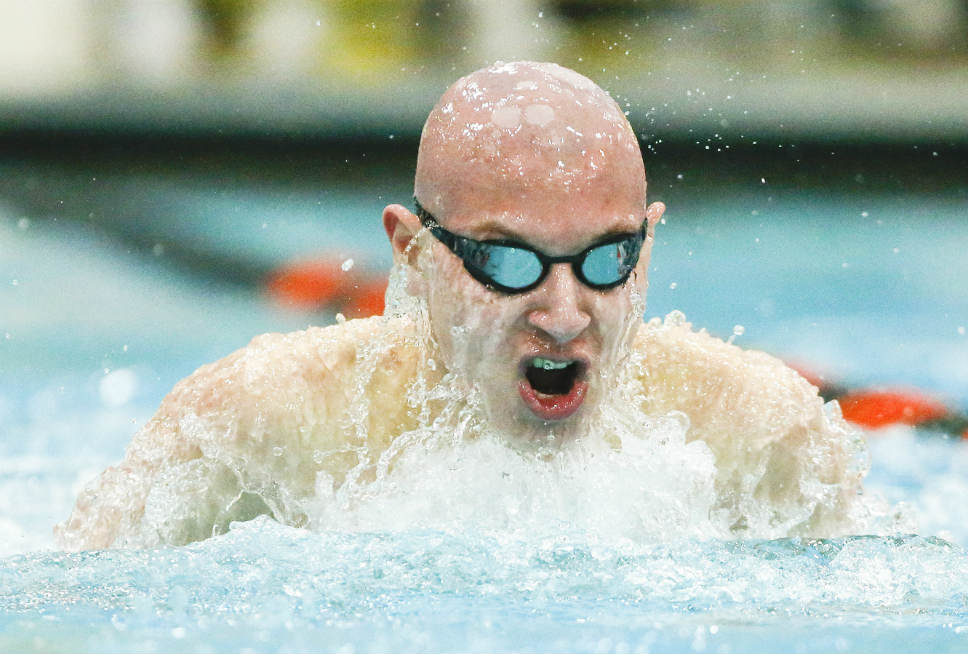 New Trier sophomore Charlie Scheinfeld works his way to a first-place finish in the 100 breaststroke in 55.90. 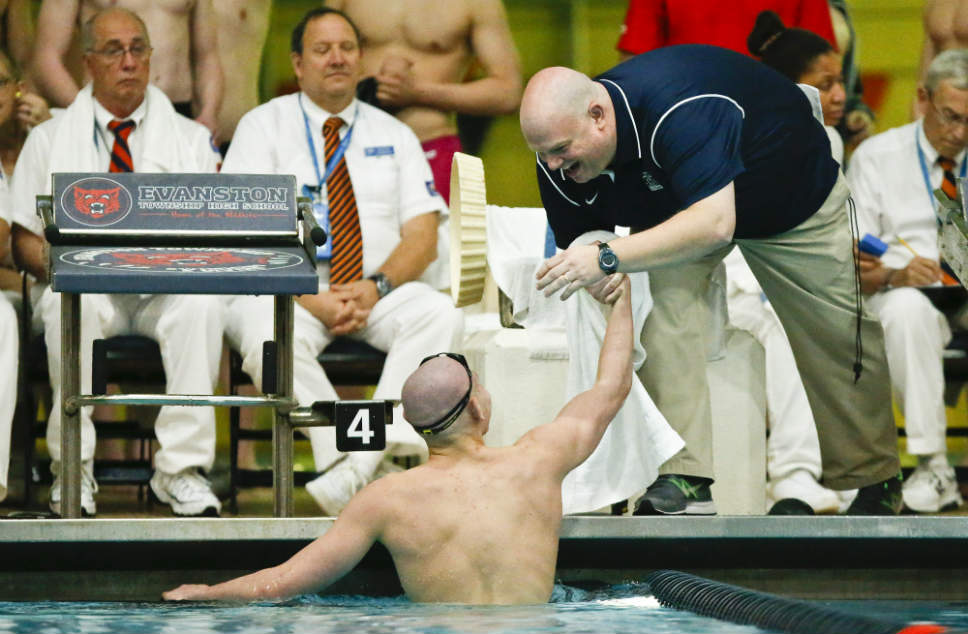 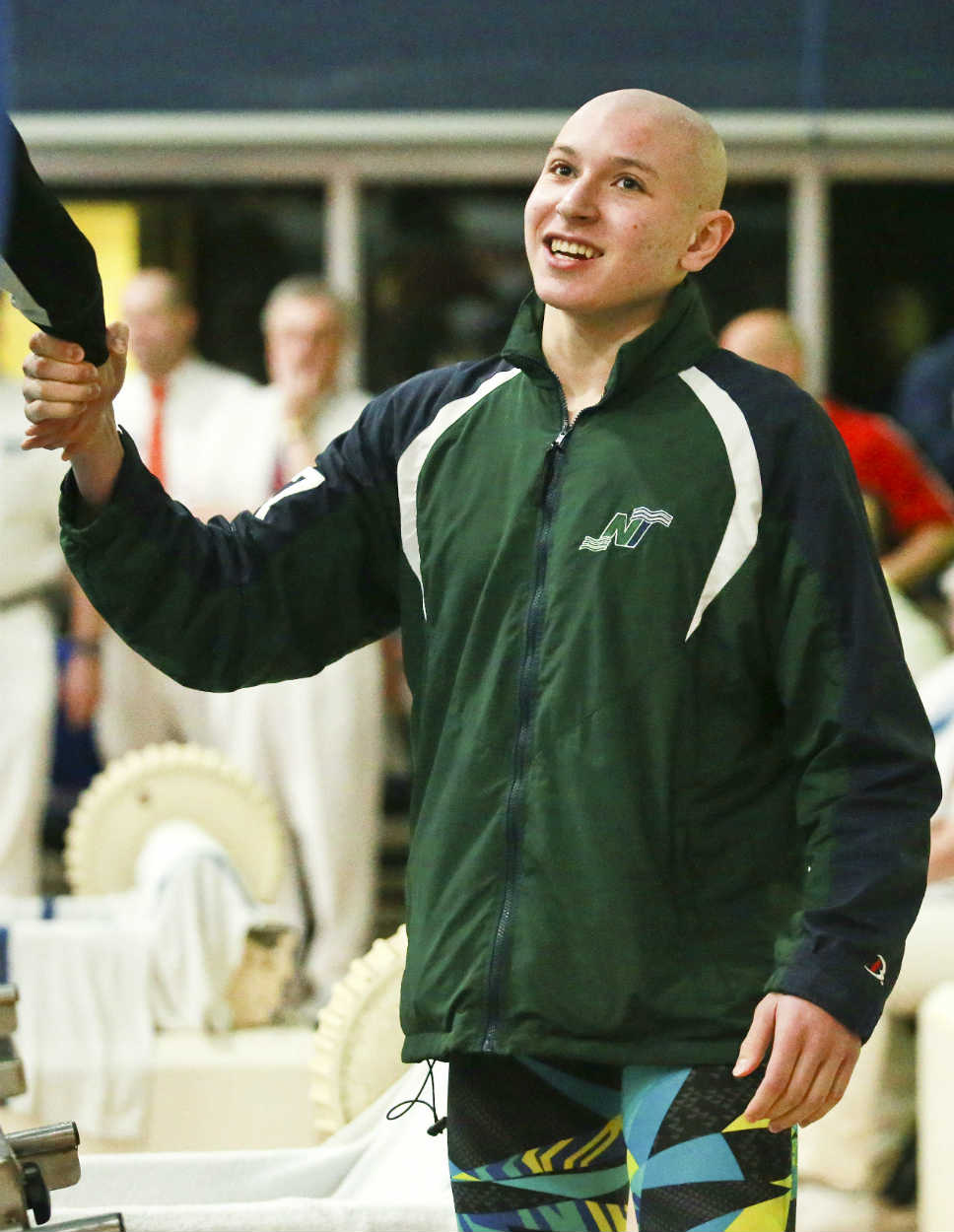 NT’s Charlie Scheinfeld shakes a hand on his way to receiving his first-place medal in the 100 breaststroke. 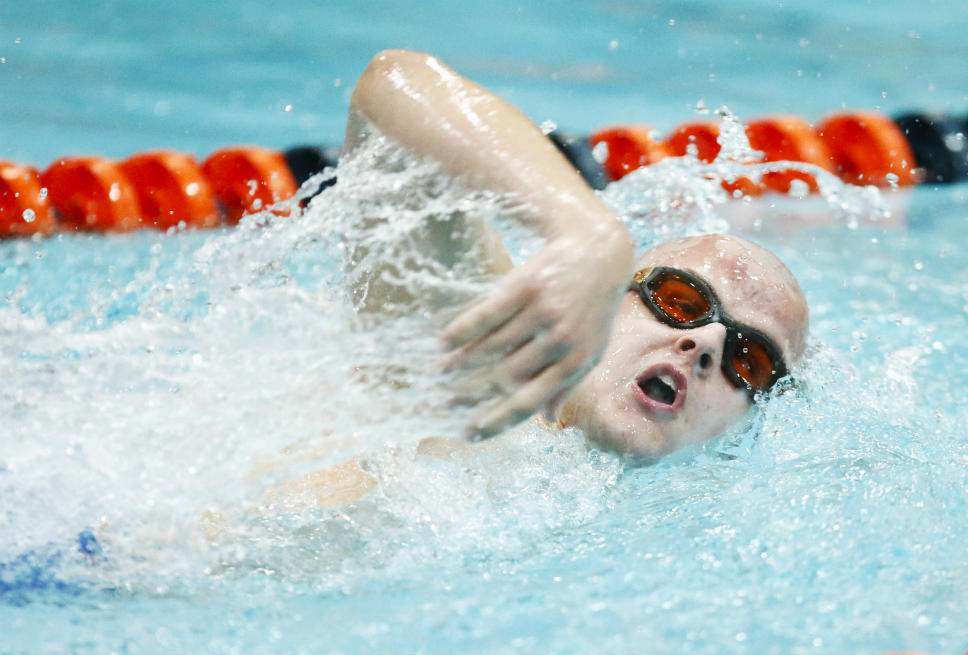 New Trier’s Charlie Gentzkow swims his way to a title in the 200 free for athletes with disabilities. The senior also won the 100 free, while he took runner-up honors in the 50 free and 100 breaststroke.