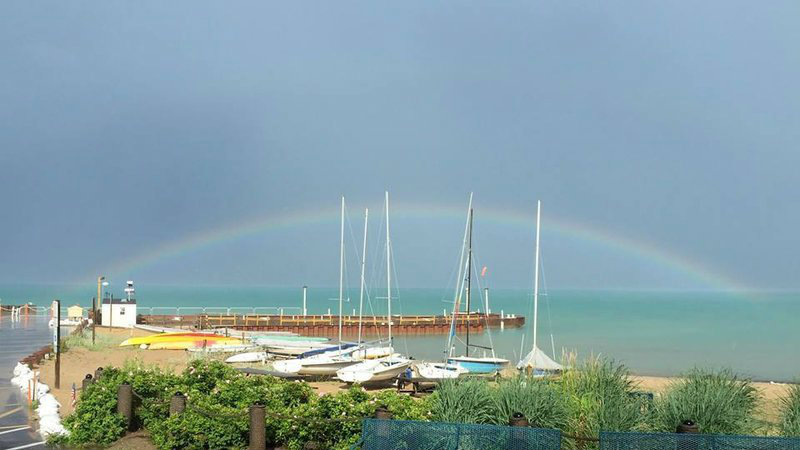 “We are working to make sure everyone has access to the beach this summer,” she said at the City Council’s regularly scheduled meeting Feb. 22. The City Council and Park District are working on strategies that offer the safest way to protect the city’s water treatment plant while allowing boaters two-way access to the Lake Michigan shoreline.

Rotering was responding to suggestions and questions brought up by representatives of Friends of Park Avenue Beach and other boating groups at the meeting.

Michael Stroz said that on Feb. 20, Rotering met with Friends of Park Avenue Beach (FPAB) and told them the city’s traffic department would take care of parking, traffic, safe pedestrian access, and soft curves for trailered boats. “If we’re getting access, that’s a win for us,” said Stroz, a member of the working group that comprises people from the city, Park District and boating organizations.

“What you say hasn’t been committed to yet,” said Anthony Blumberg, city councilman, Park District liaison and leader of the working group. “I want to work with the Park District. I think we’re going to have power boat use this summer.”

If a traffic plan is agreed upon, the boat launch would include access for sailboats, kayaks, power boats and Highland Park Fire Department rescue boats.

Several boating enthusiasts spoke during the meeting’s public comment period. Below are a few highlights from the discussion:

Julie Timmons, former member of the now defunct Park Avenue Task Force, said all the beach groups ever wanted was for the city and Park District to work together. She offered three suggestions: maintenance of the sand ramp, maintaining ash trees, and coordination of launch activities.

David Sogin, North Shore Yacht Club and former PATF member, said there are over 100 households in Highland Park that have boats.

Jodie Mordini of FPAB asked the city to consider using the “4 percent solution” by leaving the road open for one-way traffic on weekends and holidays. “This will take the crisis out of the implementation,” said Mordini.

City Manager Ghida Neukirch said she shared information with the working group about expanding the north road. The east roadway will be patched and repaired after Labor Day. “We’re looking at peak hours and staffing,” she added.

Public Works Director Ramesh Kanapareddy said his goal is to have two-way traffic, and everything else done by Memorial Day.

Lane Young began his remarks with a quote from Chicago Mayor Rahm Emanuel: “Never let a good crisis go to waste,” he said. Then he asked how the council members could ensure that this doesn’t happen again, because “our municipal bodies are not always getting along?”

Mayor Rotering countered, “Democracy is messy,” a quote from former U.S. Secretary of Defense Donald Rumsfeld. “I celebrate that we have been transparent. I’m appreciative of all the time and care everyone has taken,” she said.

The Mayor said they’re in the process of setting up a page on the city’s website for updates on access to Park Avenue Beach.

The boating organizations will meet with the Park District on Tuesday Feb. 23 at 6 p.m. at West Ridge Center. 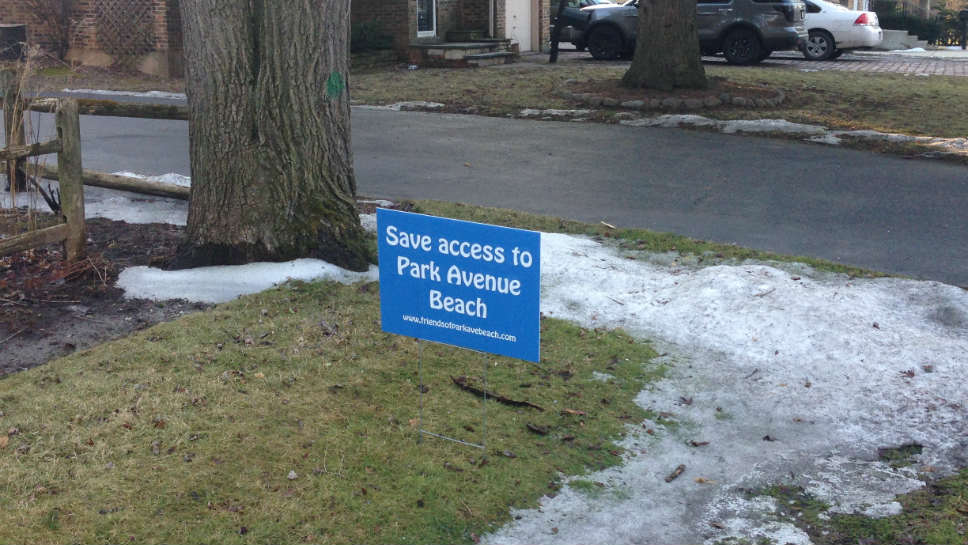