LAKE FOREST – No one was injured after a Megabus burst into flames on Route 41 Sunday.

CBS reported that the bus was southbound, between Route 176 and the entrance to Lake Forest Hospital when it caught fire. The fire closed the southbound lanes of Route 41 until 1:45 p.m.

There were about 40 passengers on the bus, the Chicago Tribune reported. The cause of the fire remains under investigation.

A passerby videoed the bus as it burned and uploaded it to youtube: 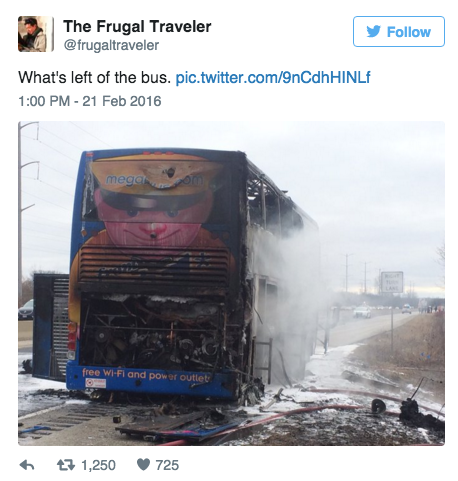