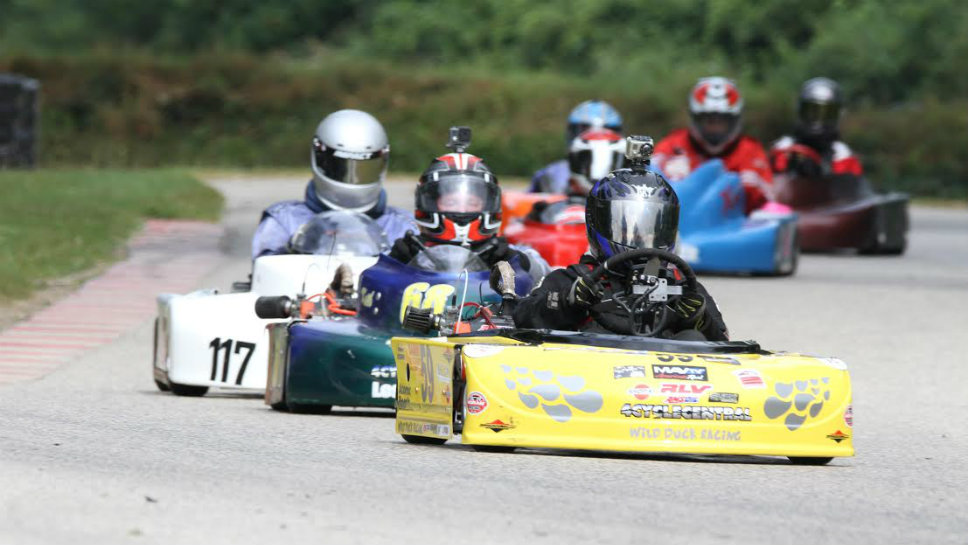 GLENVIEW — Most parents who buy their child a Christmas gift to drive at 80 miles per hour wait until the youth is 16 but Glenview’s Jason Pribyl got that kind of present at six.

Pribyl, now 10, has three regional Go-Karts championships to his credit pushing speeds of 80 miles per hour in the last two years and plans to go on the national circuit this year with his mechanic and coach.

The mechanic and coach is also Pribyl’s father, Steve Pribyl, who introduced him to the sport when the youngster was 6. Steve Pribyl said he has learned a mechanic’s stills in part as an engineer. He said he earns his living as a systems engineer in the trading industry.

Steve Pribyl, a Glenbrook South High School graduate, said he was introduced to automobile racing by his father, Joe Pribyl, and the two senior Pribyls did the same for Jason when he was six. Steve Pribyl said there was a four-mile track at one of the races and Jason had the opportunity to drive a Go-Kart around it.

“He got on the track and really took to it,” Steve Pribyl said. “The following Christmas we bought him a Go-Kart.”

The first time around a track in the borrowed vehicle, Jason said he approached speeds of 30 miles an hour and was not totally comfortable.

“I spun out a few times,” Jason Pribyl said. “I was not sure how fast I was going but I think it was about 30. It was a kid kart.”

Fast forward four years. Jason Pribyl is driving more than twice as fast as he did the first time around the track.

Jason Pribyl won the Championship Euduro novice title in 2014, moved up to the novice junior class the next year and won there too, according to Steve Pribyl. He also won the Briggs & Stratton 206 Cup last year. 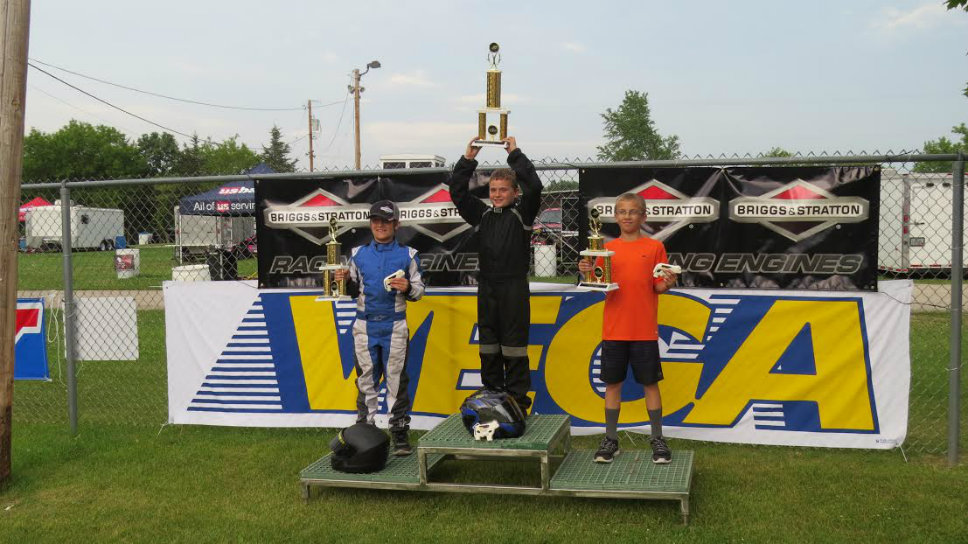 Go-Karts for novice racers go approximately 65 miles per hour, according to Steve Pribyl. In the novice junior class, he said the drivers operate their vehicle between 75 and 80 miles per hour.

While racing is all about speed, Jason Pribyl said going all out all the time is not necessarily the way to win races. He admitted it took time to become comfortable at high speed.

“It was pretty scary,” Jason Pribyl said. “After a while you get used to the speed. It feels natural for me now.”

Winning races is about more than speed, according to both Jason and Steve Pribyl. They watch video to see how competing participants drive and they plot strategy. The key to winning a race may be holding the proper position going around a curve.

“A lot of it is how I pass them,” Jason Pribyl said. “I watch them to see if they have a weak corner. I see their style and know what they are doing. I look for the right spot (to pass) and keep controlled. I have to keep my cool at 80 and just drive or I could have an accident.”

This spring Steve Pribyl said he and his son will be heading to national races. Some of the time Joe Pribyl will make it a three-generation trip. Jason Pribyl said he likes having his father and grandfather around.

“They help a lot,” Jason Pribyl said. “My grandpa helps with (snacks) so I can keep up my energy. It’s a lot of fun. It’s a family spirit.”

Jason Pribyl, who also plays hockey loving that sport as well, said Go-Kart racing is not a passing fancy but a stepping stone to a career.

“I want to go faster,” Jason Pribyl said. “I want to be a NASCAR driver.” 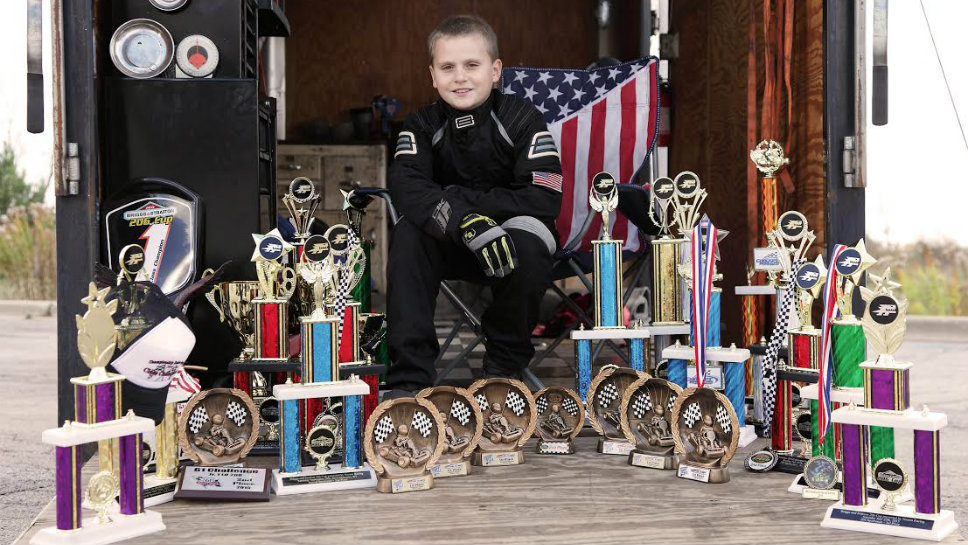 Jason Pribyl looks at his trophies at the end of the 2015 season. Photo courtesy of Steve Pribyl.