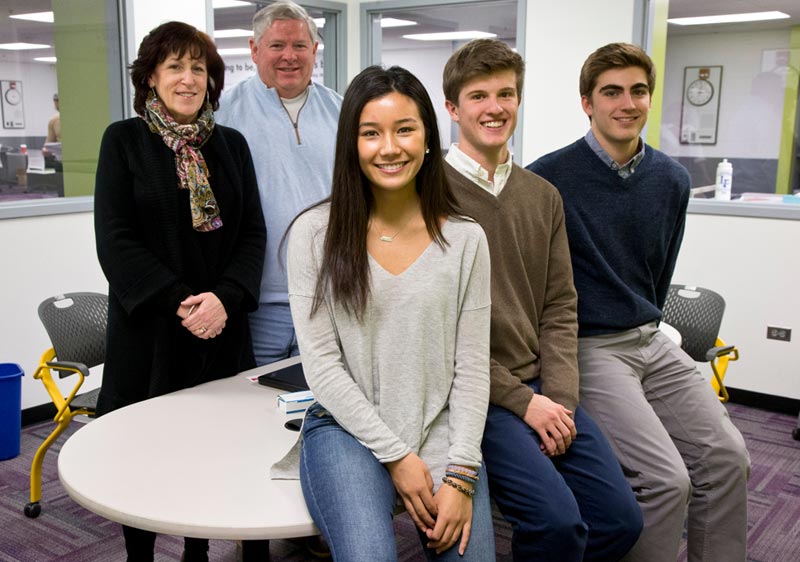 LAKE FOREST — Three Lake Forest High School seniors may have solved the riddle of finding a job when they finish college —starting their own business.

The three students began their effort as part of the business incubator program at the beginning of the 2014-15 school year, according to Sally Salzer, their incubator instructor who has helped guide them to the launch and continues to work with them.

During the incubator class, Yamauchi, Bauer and Curtiss worked with Salzer, a Lake Forest resident and volunteer teacher in the incubator, to develop a business plan. Salzer is also the managing partner of WorldBridge Partners, an executive search firm. At the end of the year, the students pitched their idea along with 11 other teams to potential investors. 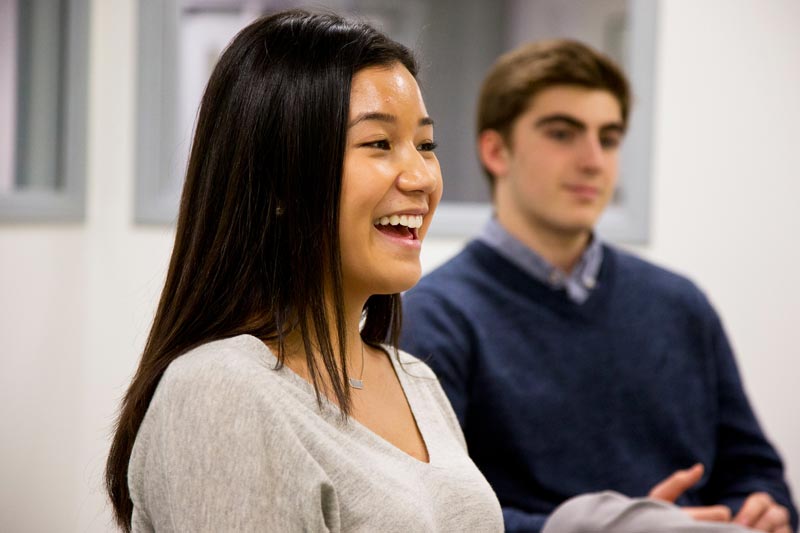 The High School Hired group was the only one selected, according to Joe Pulio, a Lake Forest High School teacher who runs the incubator program. A group of investors decided to fund the enterprise with $20,000, according to Mark Allen of Lake Forest, part of the group. Allen said he was sold because of the niche the young entrepreneurs carved out for themselves.

“They had a good idea for a niche,” Allen said. “You can make it work with a niche business if you know how to exploit the market. Any local teen looking to get a job would go there. That’s what makes it a niche.”

“When we were working on this (last year), we were looking for a definite niche,” Salzer said referring to the guidance she offered the students.

Before Yamauchi, Bauder and Curtiss went before the potential investors in a “Shark Tank” atmosphere in May, they had already tested it, according to Yamauchi. She said they recruited eight businesses willing to let them try to do their hiring.

Yamauchi said 200 teens applied for jobs and 13 were placed. She said part of it was finding people to deliver flowers at the time of the school’s prom.

With what they believe is a formula for success, the High School Hired owners spent the last five months laying the ground work for the company securing insurance, hiring a web developer and working with the Lake Forest Lake Bluff Chamber of Commerce to develop contacts in the local business community, according to Yamauchi. 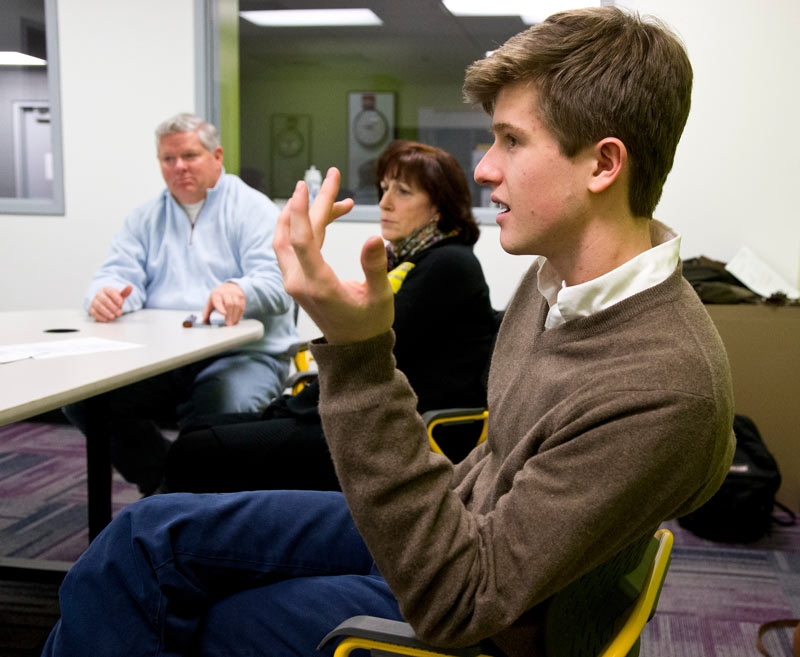 “We’re communicating with the business community to show them what we can do,” Yamauchi said. “The Chamber is a good place because they can put you in touch with other businesses.” She said there are also plans to talk to the chambers in Highland Park, Vernon Hills and Glenview.

High School Hired has already developed a marketing program with three levels of service, according to Curtiss. The price structure ranges from $75 to $125 paid by the employer for three months. He said the simplest plan puts applications in the hands of the hirer while the full treatment does all the screening handing a business people ready to work. The jobs vary.

Bauder, Curtiss and Yamauchi are already planning for the future of High School Hired. Curtiss will head to the College of Charleston in the fall while his partners are still weighing their options. They all said they will continue to keep things going while they are in college.

“With web technology we can keep doing this and stay in touch, Curtiss said. “We’ll be able to skype back and forth. We’re going to keep running the business.”

“We’ll review things as they go along,” Allen said. “If we see this is something that makes sense we’ll keep taking a look.”

Yamauchi, Curtiss and Bauder said they know they have four years of college ahead of them but they see a future in High School Hired as well.

“It could give us a job out of college,” Bauder said.

“If all goes well,” Curtiss added.