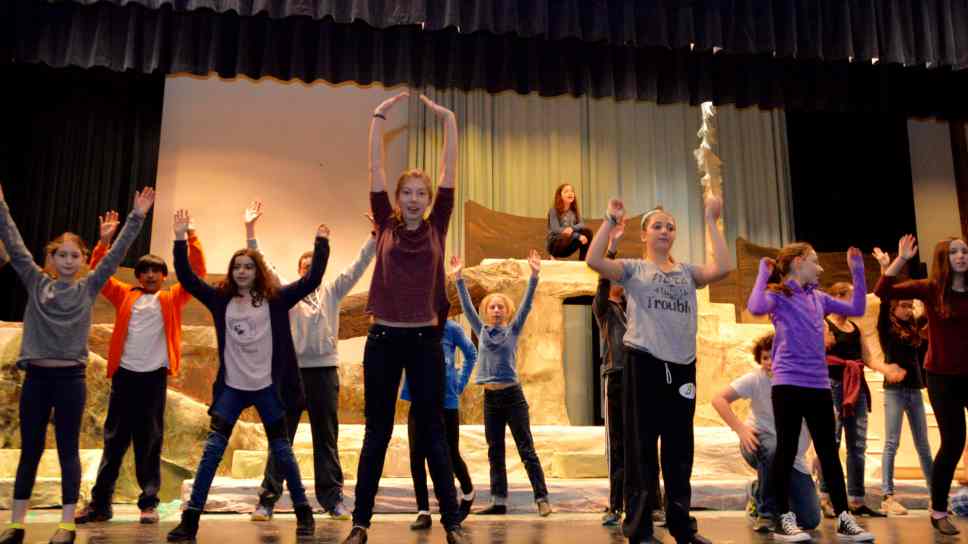 GLENCOE – Watch out for monkeys swinging in the trees on the North Shore when the Glencoe Junior High Project (GJHP) takes on “Tarzan: The Musical” at Central School on Jan. 28-31.

Audiences will be entertained as two worlds collide when Tarzan, who was raised by apes in the jungle, meets Jane, who grew up in the “civilized” world.

“Tarzan is a unique story that hasn’t been on stage very often,” said Stacy Pritsker, co-president of GJHP. The performance is based on the Disney movie and will include a musical score by Phil Collins, Elton John and Tim Rice.

“We are hoping people will be pleasantly surprised and intrigued to see something they haven’t seen before,” said GJHP Director Adam Busch. 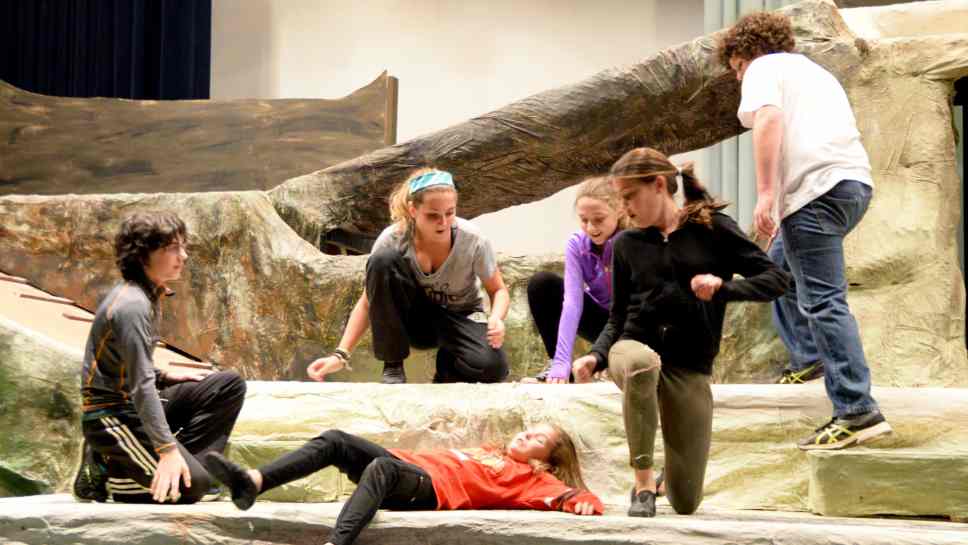 But the performance is more than just about entertainment, it is also an important part of GJHP’s mission to encourage personal growth, social responsibility, and community engagement in the middle school students it serves. Recognizing that the middle school years are rocky for many students, GJHP provides a variety of programming throughout the year — including performing arts programs, such as “Tarzan” — that help kids develop socials skills and self-confidence that will serve them throughout their lives.

“We are able to reach out to a lot of kids and families because of the variety of programs we offer,” Pritsker explained.

GJHP is located on the lower level of Central School, allowing the nonprofit to offer a drop-in center called the Oasis during school lunch periods, permitting students to play pool, ping pong, games and air hockey while being supervised by GJHP directors Grace Bergstrom and Audra Donnelly.

“[Students] become a part of a welcoming group. It’s an environment that promotes collaboration and community,” Pritsker said.

After school, students can also get involved in social service opportunities such as working at a food pantry, soup kitchen or book bank. GJHP also offers supervised social activities throughout the year, as well as performing arts programming.

The musical production is one of the performing arts that GJHP puts on each year. Students go through a formal audition and casting process, but the musical is no-cut and Busch makes sure everyone is an integral part of the production.

“The whole philosophy behind it is that the whole group is together as an ensemble. There are no leads,” Pritsker said.

Instead, leads are cast as double roles while Busch creatively crafts the scripts so that everyone is in the spot light. “It gives [students] the opportunity to develop self confidence by taking risks, being safe and being part of a cast community,” Pritsker said.

Busch said he looks for shows that are interesting and will easily accommodate many kids. It’s important to Busch that all students are involved and see themselves as integral pieces of the puzzle. He observes big changes in students from early rehearsals to the final weeks before the performance. “They start to feel proud of their part in the show,” Busch said.

And the musical production is also a time to share GJHP’s values with the larger community. The production serves as one of the major fundraisers for the nonprofit, which helps underwrite the programs GJHP offers throughout the year.

“[The musical] is an opportunity to engage the kids in a play but also to involve the community and local businesses to help fund our program,” Pritsker said.

The relationships the students build and the skills they learn throughout the production have a meaningful impact. “All of these things are life lessons that last long beyond the performance,” Pritsker said.

“Tarzan: The Musical” will be performed on Jan. 28-31 at Central School in Glencoe. For more information and to purchase tickets go to www.gjhp.org.