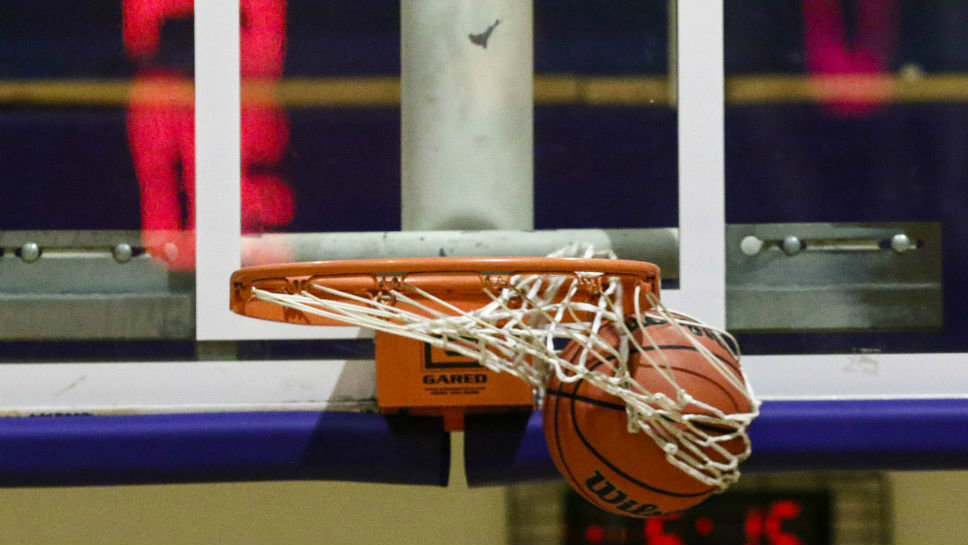 Air Carollo never got off the ground.

Senior Danny Carollo, a star quarterback on the Lake Forest High School football team, will be sidelined for the entire basketball season with a thumb injury.

Despite having his left thumb in a cast, the talented two-sport athlete remains a “support” member of this year’s basketball team. You can find him dressed in street clothes on the LF bench.

“Not having him playing hurts us,” said LF head coach Phil LaScala. “He’s a great athlete. A good passer. A good defender. He picks up things quickly.

Entering the season, Carollo figured to be one of the top players on a team which featured only five seniors. He was one of the better players on LF’s sophomore team two years ago.

As a football player, Carollo was able to play through the injury. He aired it out in two varsity seasons. He threw for 1,881 yards during the 2015 season. He finished with 1,675 passing yards in 2014.

According to Rivals.com, he has received two scholarship offers so far: Northern Iowa and Valparaiso.

Meanwhile, the Scouts, who were scheduled to play at Stevenson on Jan. 5, ended up with a non-placing 3-1 record at the Jack Tosh Holiday Classic at York High School. They improved to 7-5 with a consolation bracket win over Minooka 51-43 on Dec. 30.

Senior Lorenzo Edwards, who earned all-tournament honors, made 9 of 12 shots to finish with 19 points against Minooka (8-5, 2nd in the Southwest Prairie League). He also had a game-high 12 rebounds and two assists. Justin McMahon also was effective. He ended up with eight points, six assists, four rebounds and three steals. Brian Stickler made his first start of the season and wound up with six points and five assists. Connor Hanekamp and Matt Begley had seven points each, while Ryan Kitchel had four points, four rebounds and three assists.

The Scouts, who entered the tournament as the two-time reigning champs, were knocked out of the winners’ bracket, when they dropped a 69-48 decision to state-ranked Riverside-Brookfield (11-2, 1st in the Metro Suburban West League) in second-round action. Edwards put up good numbers in the loss: 18 points, 11 rebounds, three assists and two blocks. McMahon had 11 points, while Brian Stickler came off the bench to produce seven points and three rebounds.

In other games, LF defeated Thorton Fractional South 40-35 in the opening round and Stagg 55-39 in a consolation bracket game. Edwards had 21 points and eight blocks against TF South (7-6, 3rd in the South Suburban Blue League).

“Every game was against a quality team,” said LaScala. “We didn’t play well defensively against Riverside-Brookfield. We let that one get away from us.”