On Saturday, December 19 at 4 pm, the Lake Forest Symphony Orchestra (LFS) and the Midwest Young Artists Conservatory (MYAC) jointly presented a holiday concert entitled Sounds of the Season. Conducting the ensemble was the LFS Music Director, Vladimir Kulenovic and the site was the Lake Forest Country Day School, 145 South Green Bay Road, Lake Forest. Imagine a combined orchestra of over a hundred professional and student musicians sharing the stage and making wonderful music together for an audience of young families.
This is the first time that the Lake Forest Symphony has joined forces with a young conservatory orchestra for a collaboration of this scale. MYAC music director and founder, Dr. Allan Dennis also led the combined forces as part of this collaboration between the two Lake County cultural institutions.
The program contained works by Handel and Saint-Saens the Carnival of the Animals with two student pianists Alice Zhang of Vernon Hills and Kimberly Han of Lake Forest- performing. Fourteen student poets from Lake Forest Country Day School also performed original poetry inspired by Carnival of the Animals. Other music on this 60 minute program included Lake Forest composer, James Stephenson’s Holiday Overture and BasSOON It will be Christmas featuring bassoonists from the LFS and the MYAC. The program concluded with Festive Sounds of Hanukkah and Leroy Anderson’s Sleigh Ride.
The LFS is celebrating more than 56 years of performances and is the only fully professional orchestra in Lake County. The Orchestra presents five concert pairs annually and features both prominent guest artists and emerging young musicians. Maestro Kulenovic is now in his second season with the Orchestra and recently received the prestigious 2015 Conducting Fellowship Award from the Solti Foundation U.S.
This concert welcomed children and adults of all ages. There were over 400 children and parents in attendance. Funding for the project was provided by The Palmer Foundation, Lake Forest Bank & Trust, and Family Piano in Waukegan. 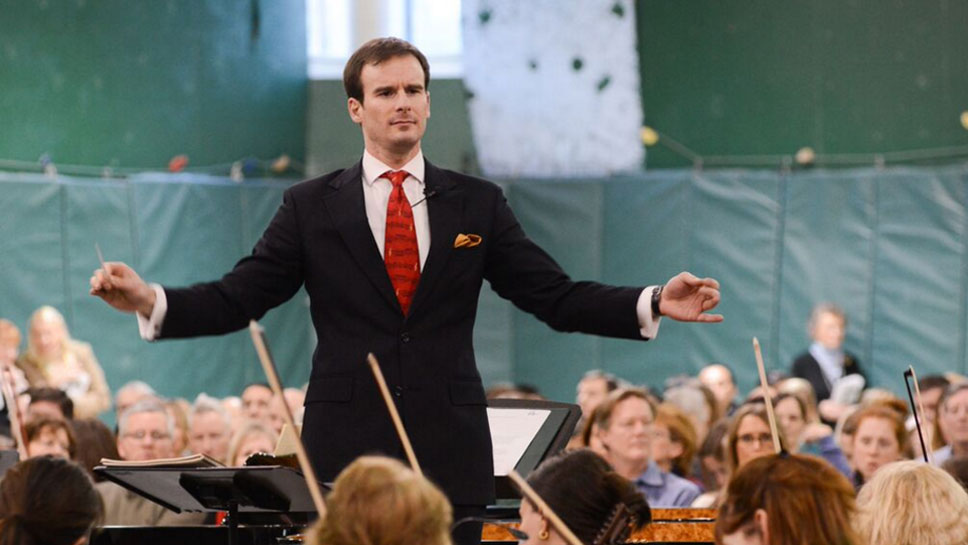 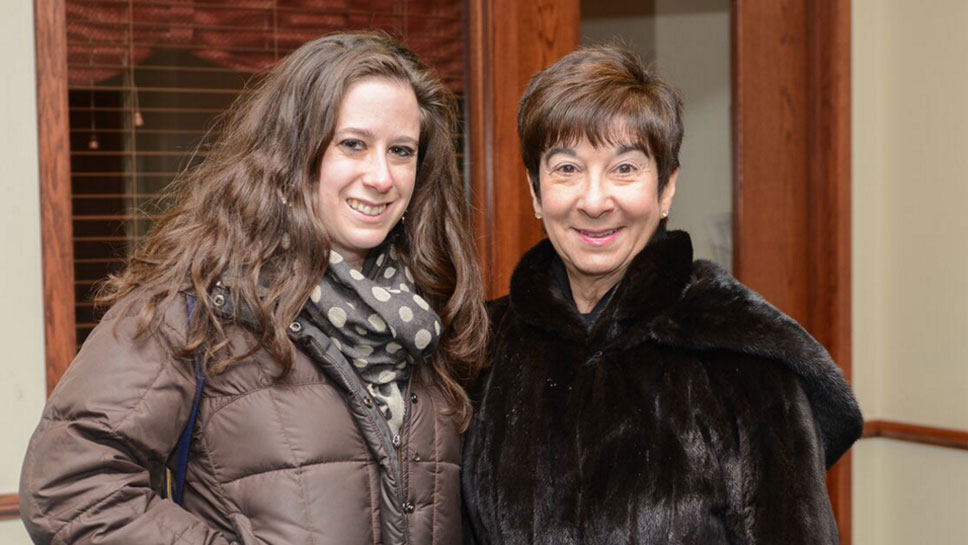 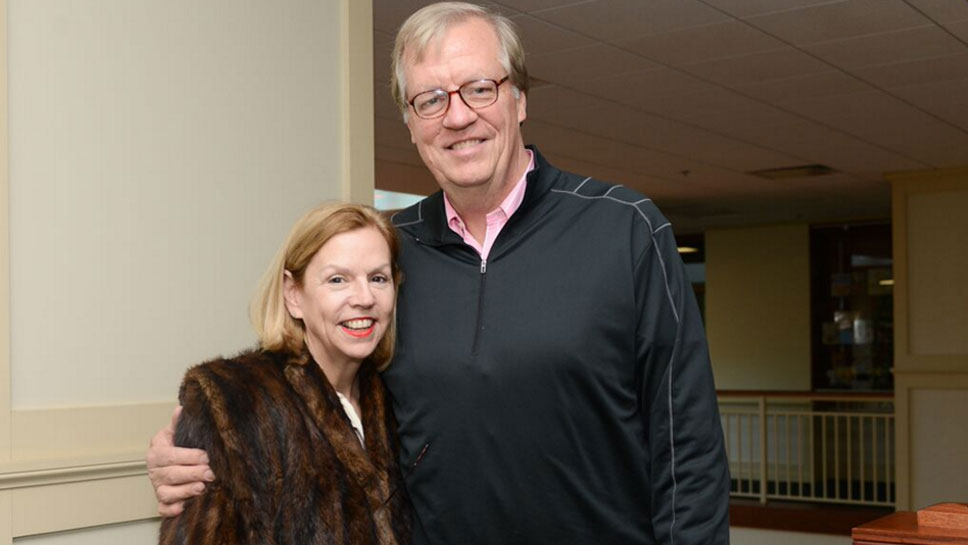 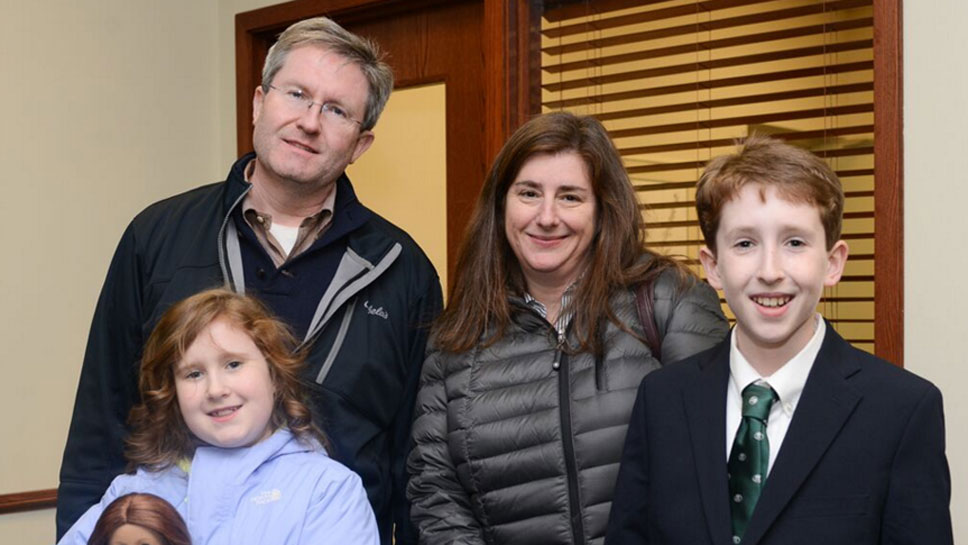 Rosie, Bill, Jennifer and Will Meyer of Lake Bluff 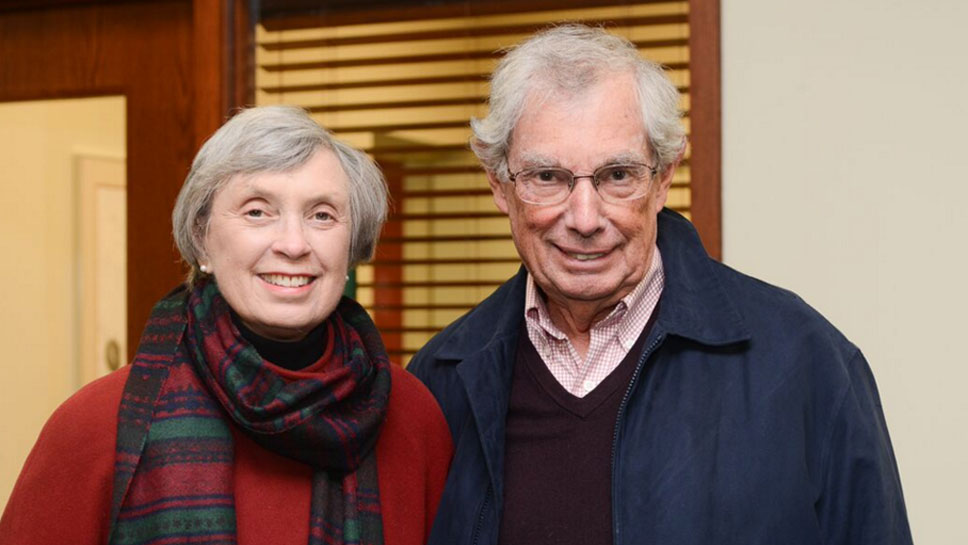 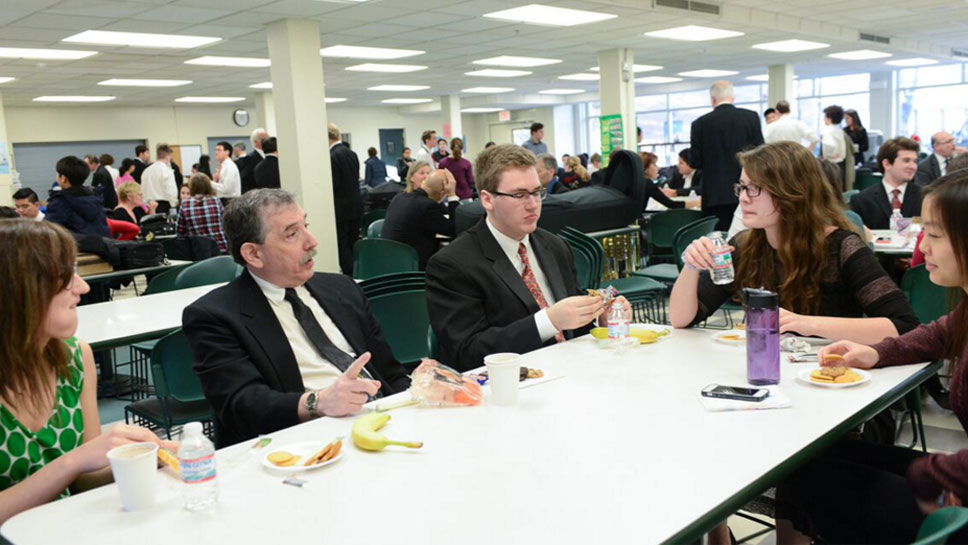 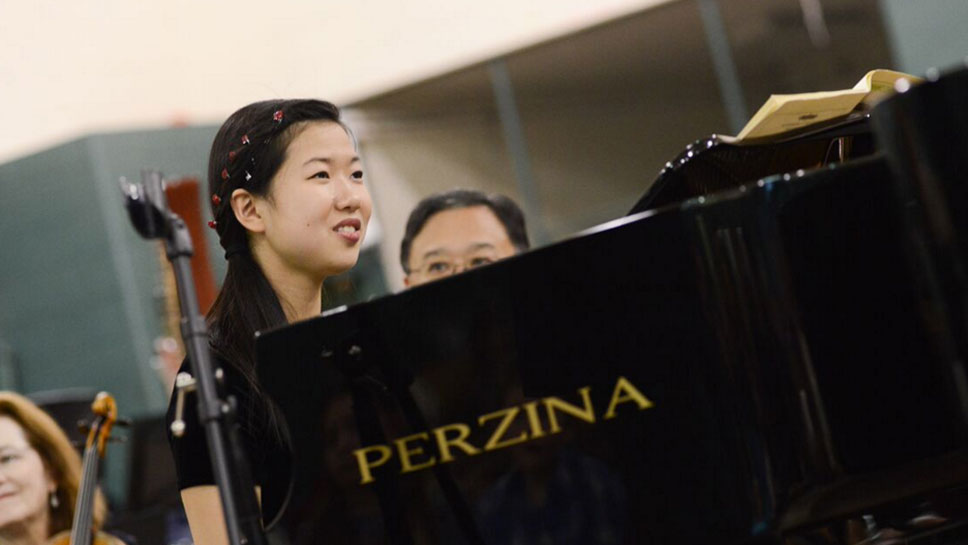 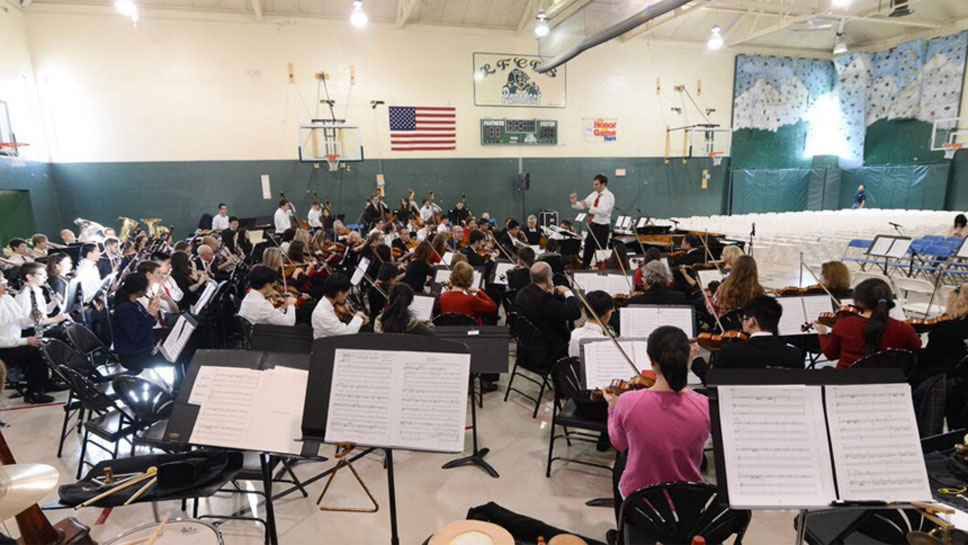