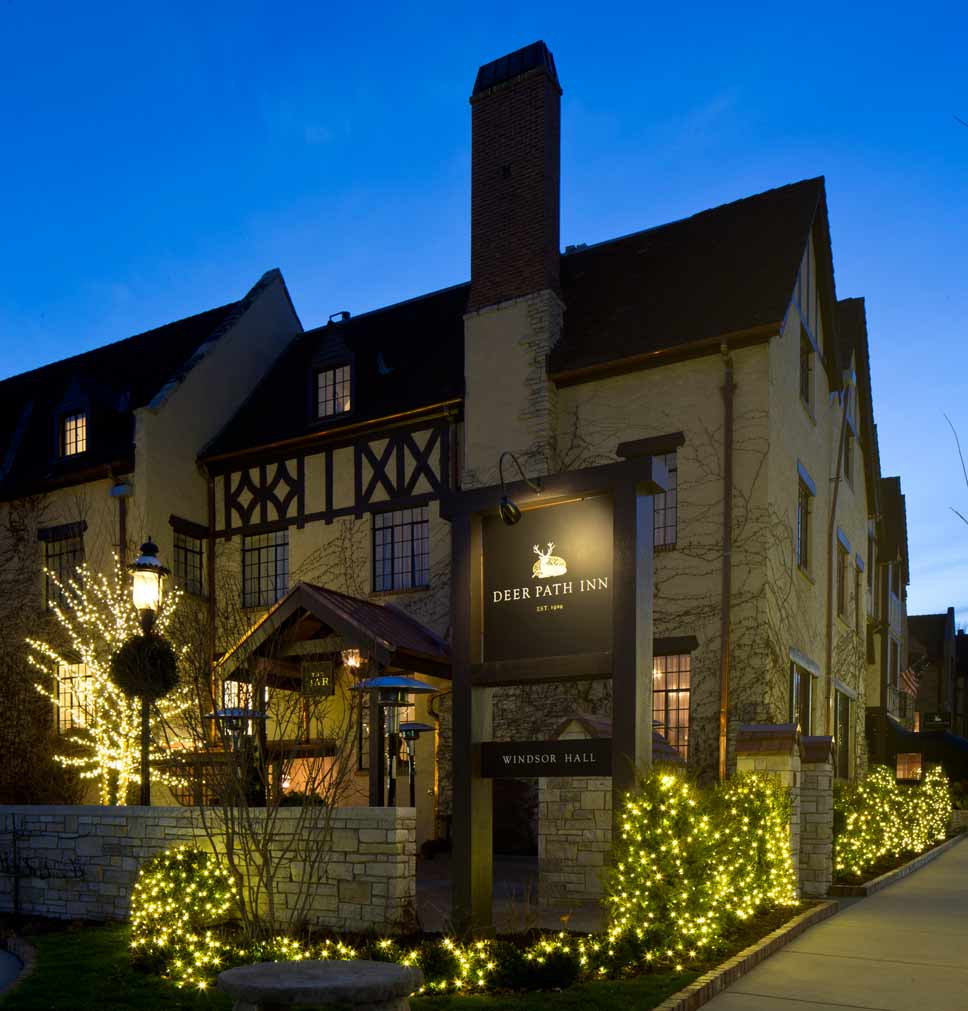 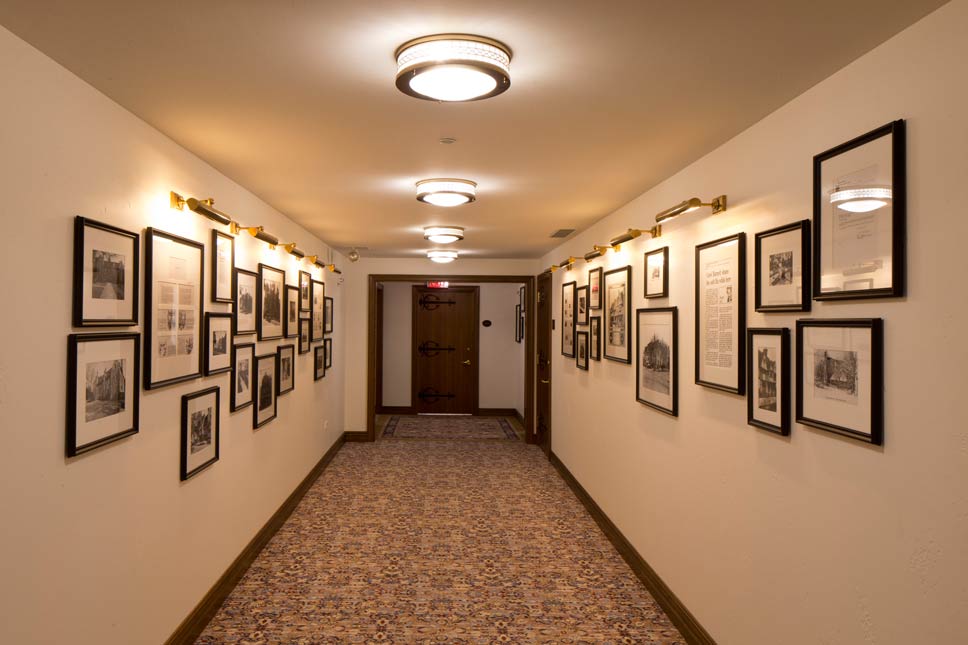 Historical photos, articles and drawing of the Deer Path Inn line a hallway 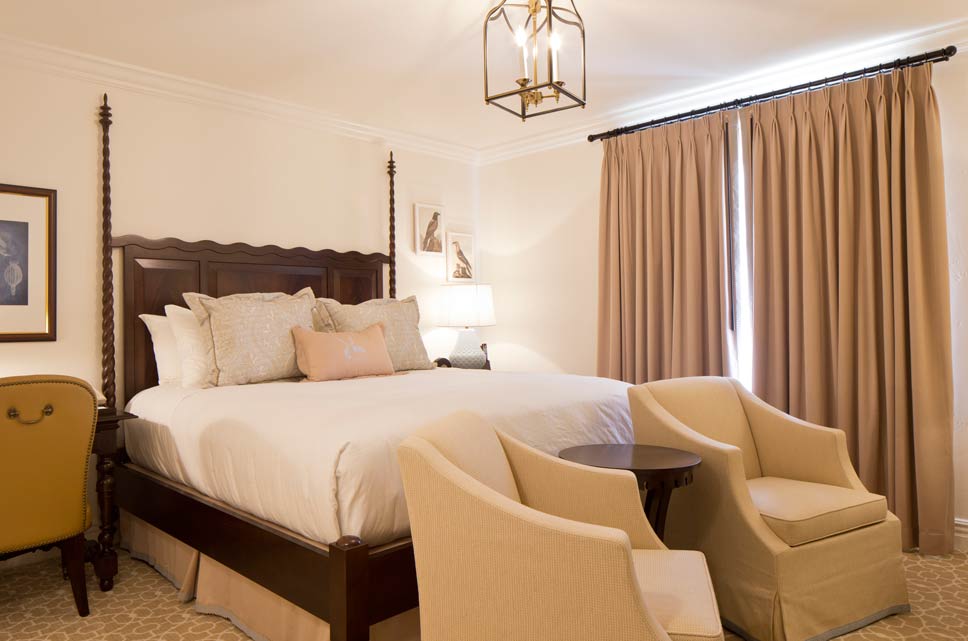 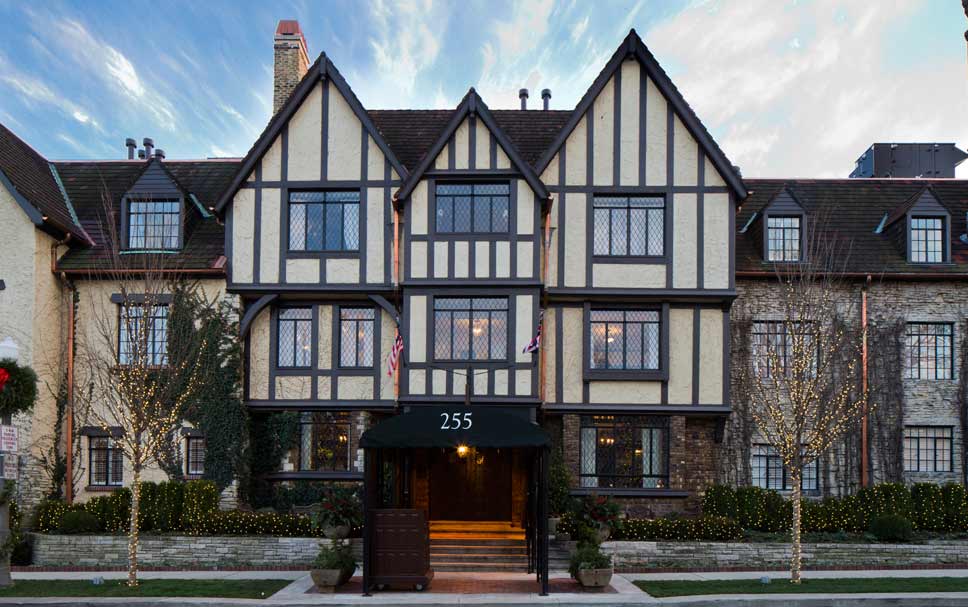 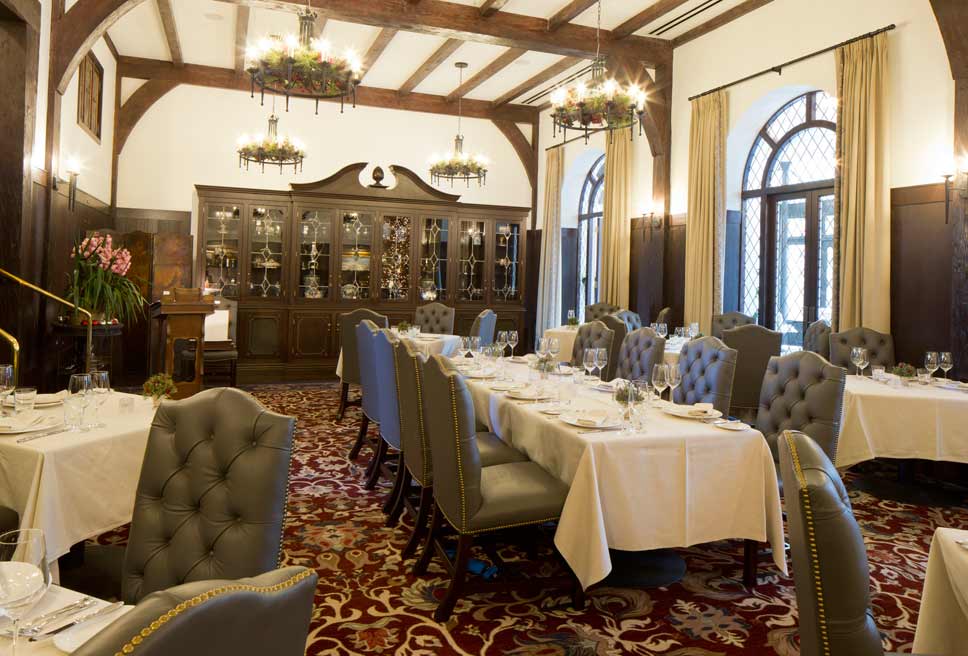 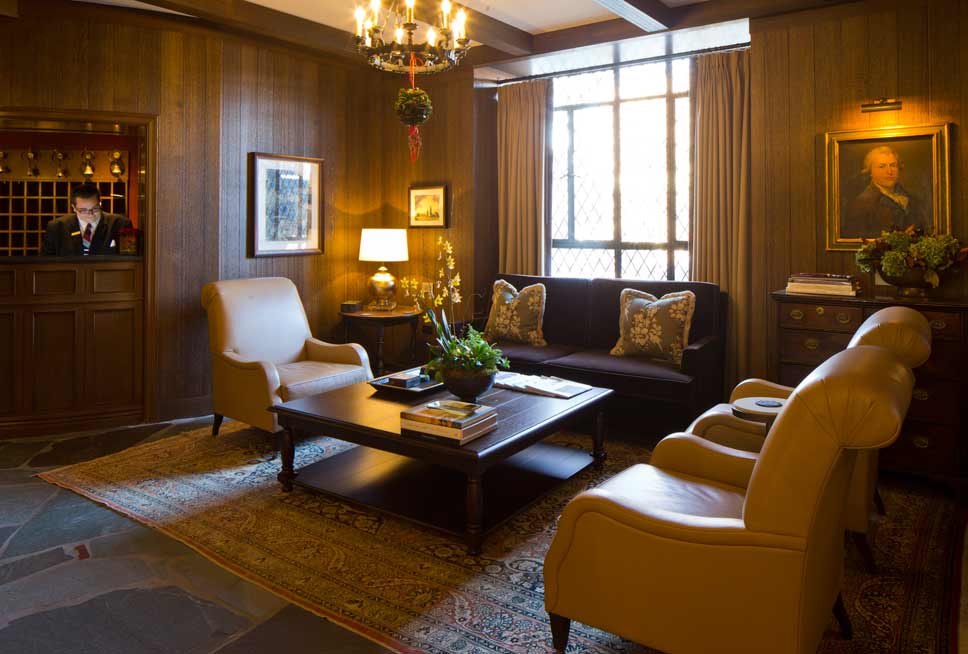 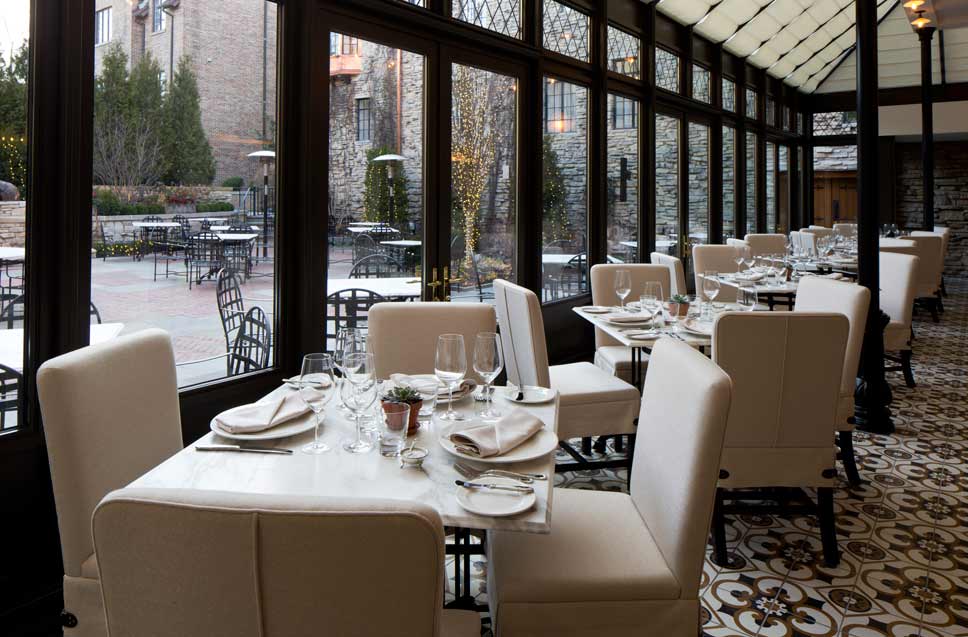 The atrium area of the English Room 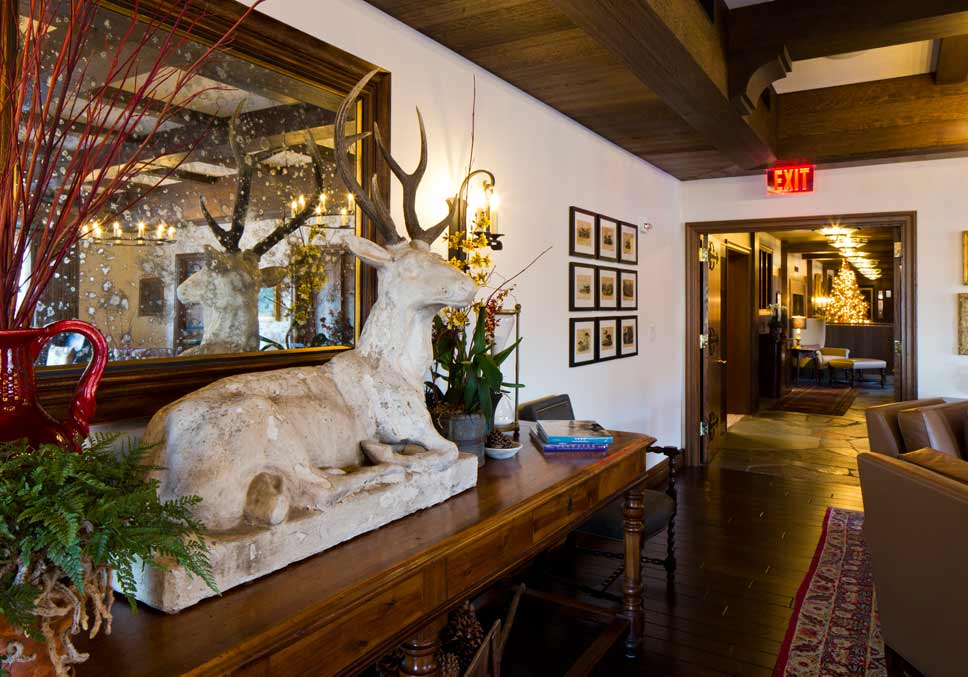 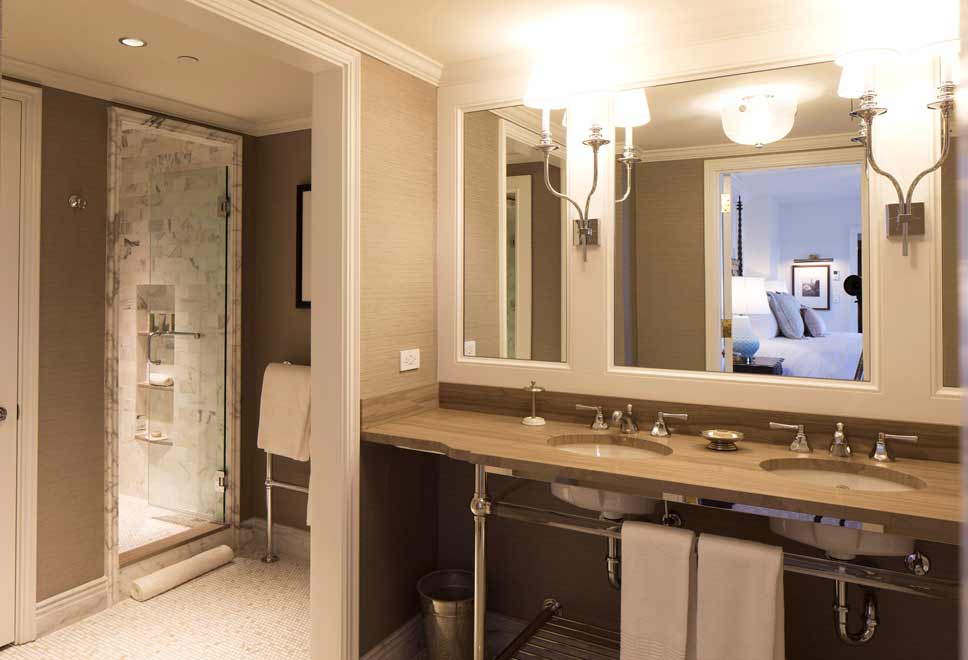 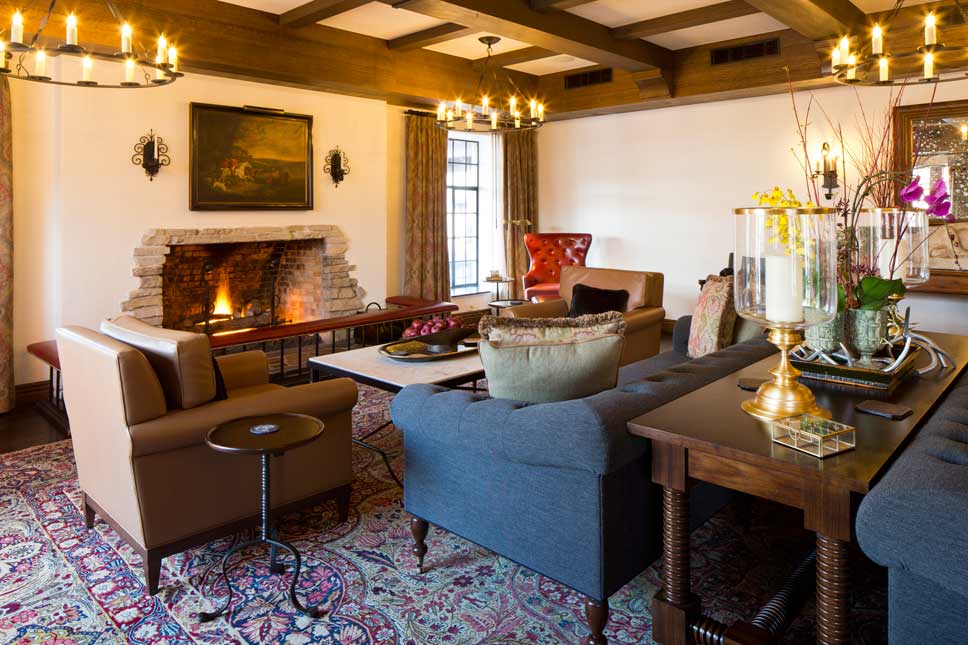 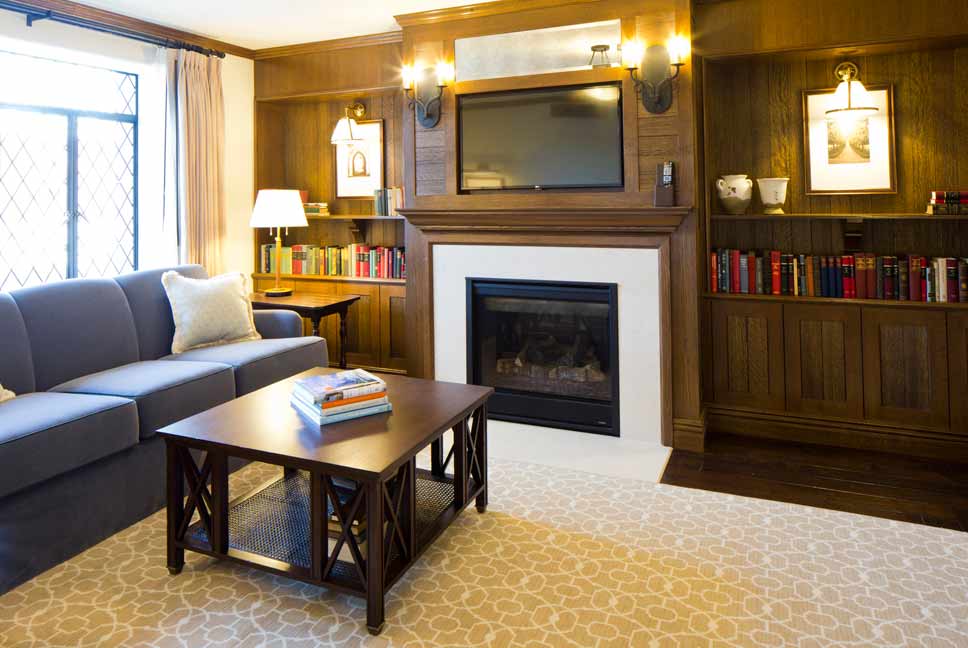 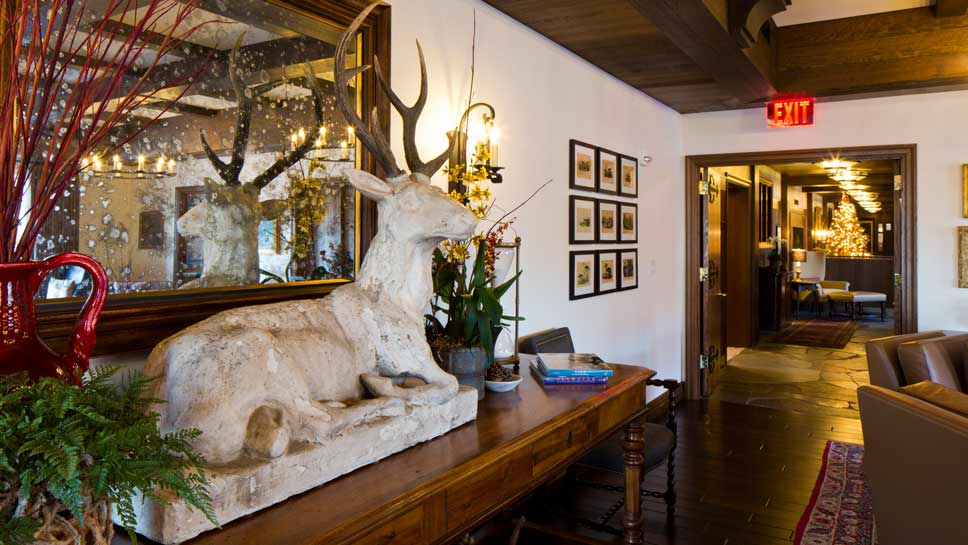 LAKE FOREST — Holiday meals at the Deer Path Inn are a big deal for people in Lake Forest, Lake Bluff and the surrounding area.

They are such a big deal that people put their names on an inquiry list as early as August not knowing whether the inn would be open for business by Christmas.

In fact it is such a big deal that those who waited until the inn reopened Dec. 5 after a massive 11-month renovation to make reservations for dinner on Christmas or Christmas Eve were out of luck, according to Innkeeper Matt Barba.

“We quietly opened at 11 a.m. Dec. 5 and within a few hours people were coming in to check on their Christmas reservations,” Barba said. “I told them we would check the list.”

When the inn closed in January for the overhaul, plans were to keep the bar open to serve diners and reopen in March. But by July everything was shut down and Barba said the project went full speed ahead with the hope of being open for the holidays.

Barba said people who inquired about reservations in August were told a 2015 opening was possible, and the staff started taking names for potential holiday meals. He said publicly during a speech to the Lake Forest Lake Bluff Chamber of Commerce Oct. 14 the inn would reopen by year’s end.

“There is such a tradition here and people expressed a hope we would be open,” Barba said. “We said we would be open by the end of the year but we had to be vague. The closer we got people became more hopeful.

More and more people started making holiday reservations as word leaked out, according to Barba. He said capacity was reached before the Dec. 5 opening of the hotel’s public spaces.

“We’re sold out Christmas Eve and Christmas Day,” Barba said during a Dec. 17 news conference. “We still have room on New Year’s Eve as far as I know but I haven’t checked in a few hours,” he added.

Those who are lucky enough to have a reservation for New Year’s Eve could also be among the first to occupy one of the newly renovated guest rooms, according to Barba. He told Daily North Shore Dec. 5 reservations were being taken for Jan. 1 and beyond.

When pressed, Barba said a person reserving a room Jan. 1 could unpack there after midnight Dec. 31. Before that, the guest can partake of a New Year’s Eve five-course dinner for $85 with plenty of choices. He also said the menus for New Year’s Eve and Christmas Eve are identical.

After finishing dinner and welcoming 2016, the Deer Path Inn guests can be the first to stay in one of the 57 redone rooms, which have gone from being devoid of technology to letting a person charge three electronic devices simultaneously through USB ports.

The 57 rooms range in size from just under 400 square feet to suites around 800 square feet, according to Barba, and 23 are classified as suites. The bathrooms have modern facilities with marble and multiple shower heads. All rooms have bars with refrigerators. He stressed service.

“If you let us know what you want we’ll go out and stock it for you,” Barba said. “If you leave them out by 11 (p.m.) they’ll be done by 6 (a.m.),” he added referring to shoe shining service common in the English country inn Deer Path strives to emulate.