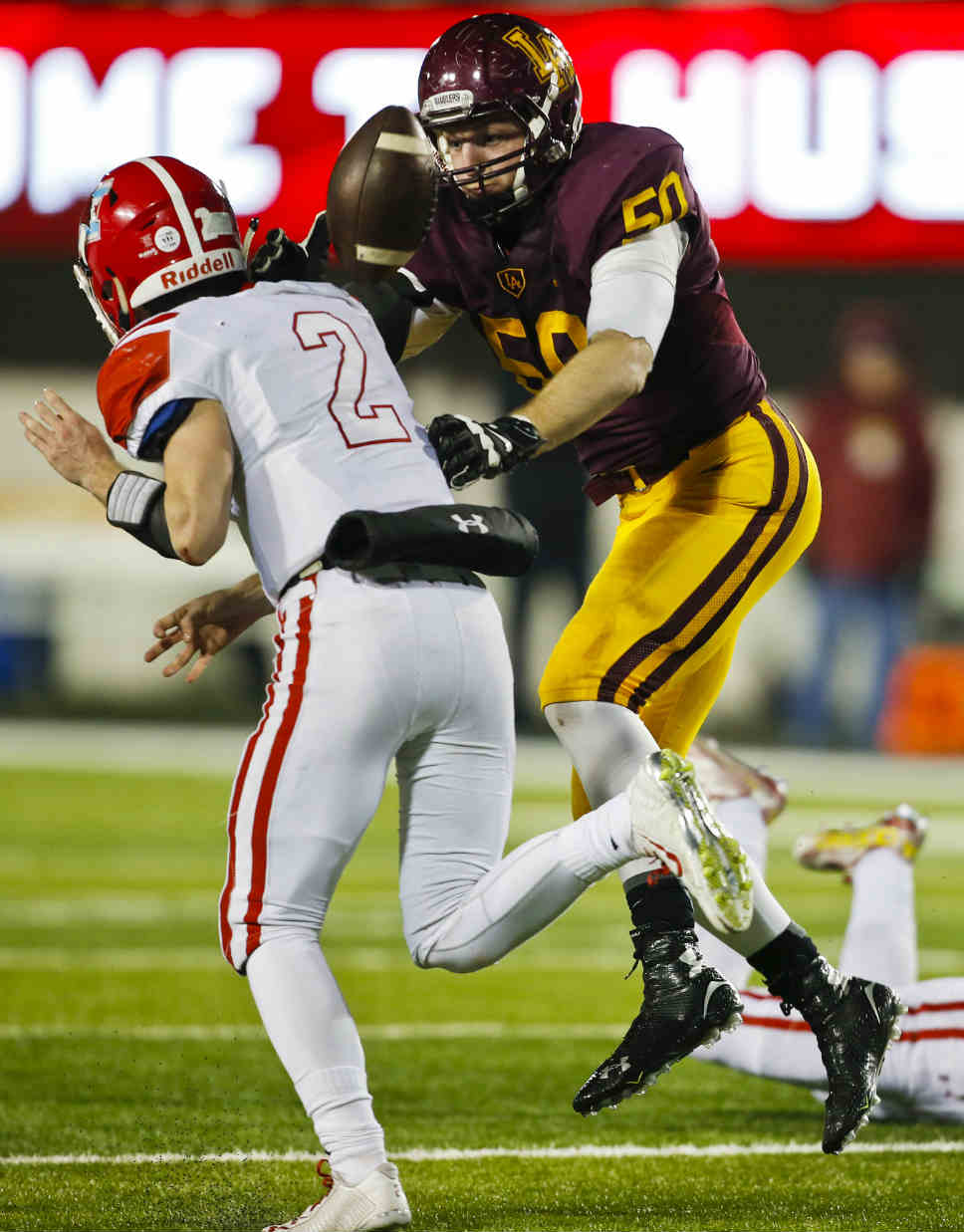 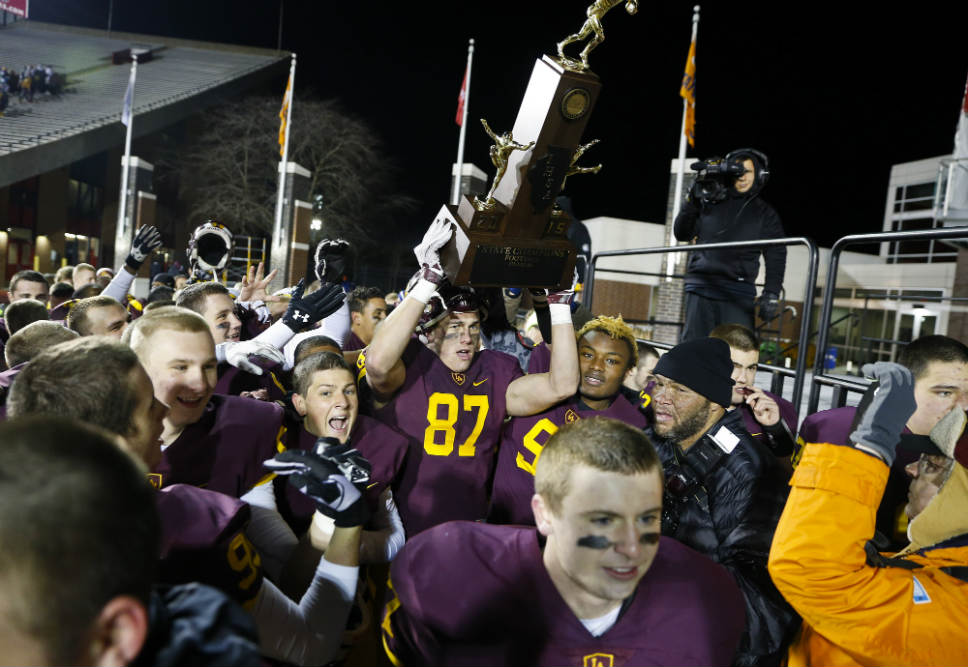 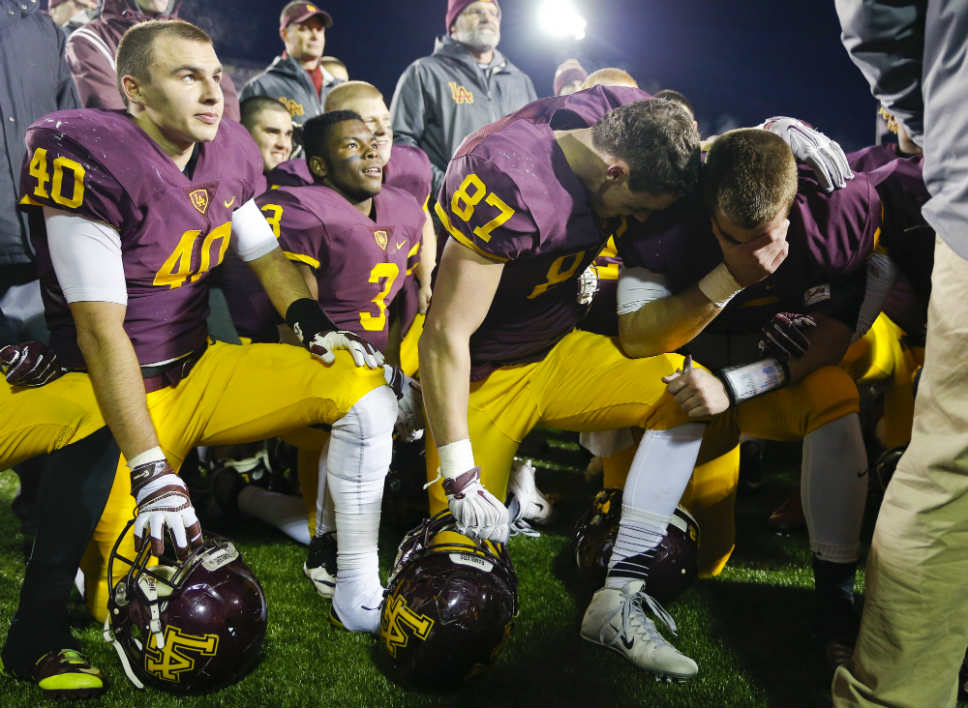 Eric Eshoo and John Shannon take a moment while Anthony Romano (No. 40) and Sam Taylor (No. 3) look on. 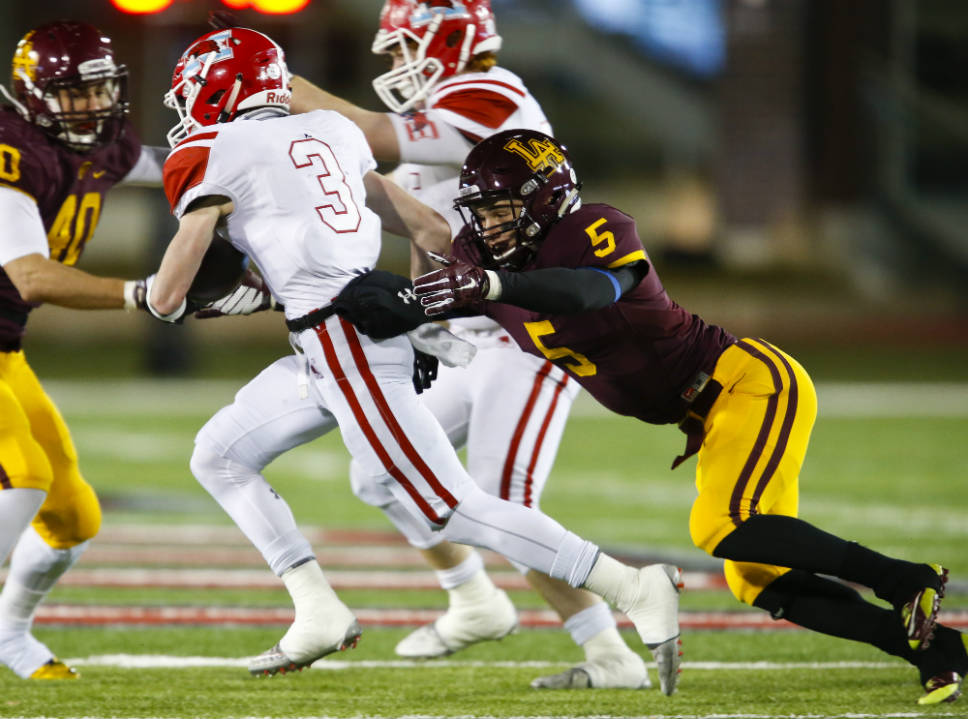 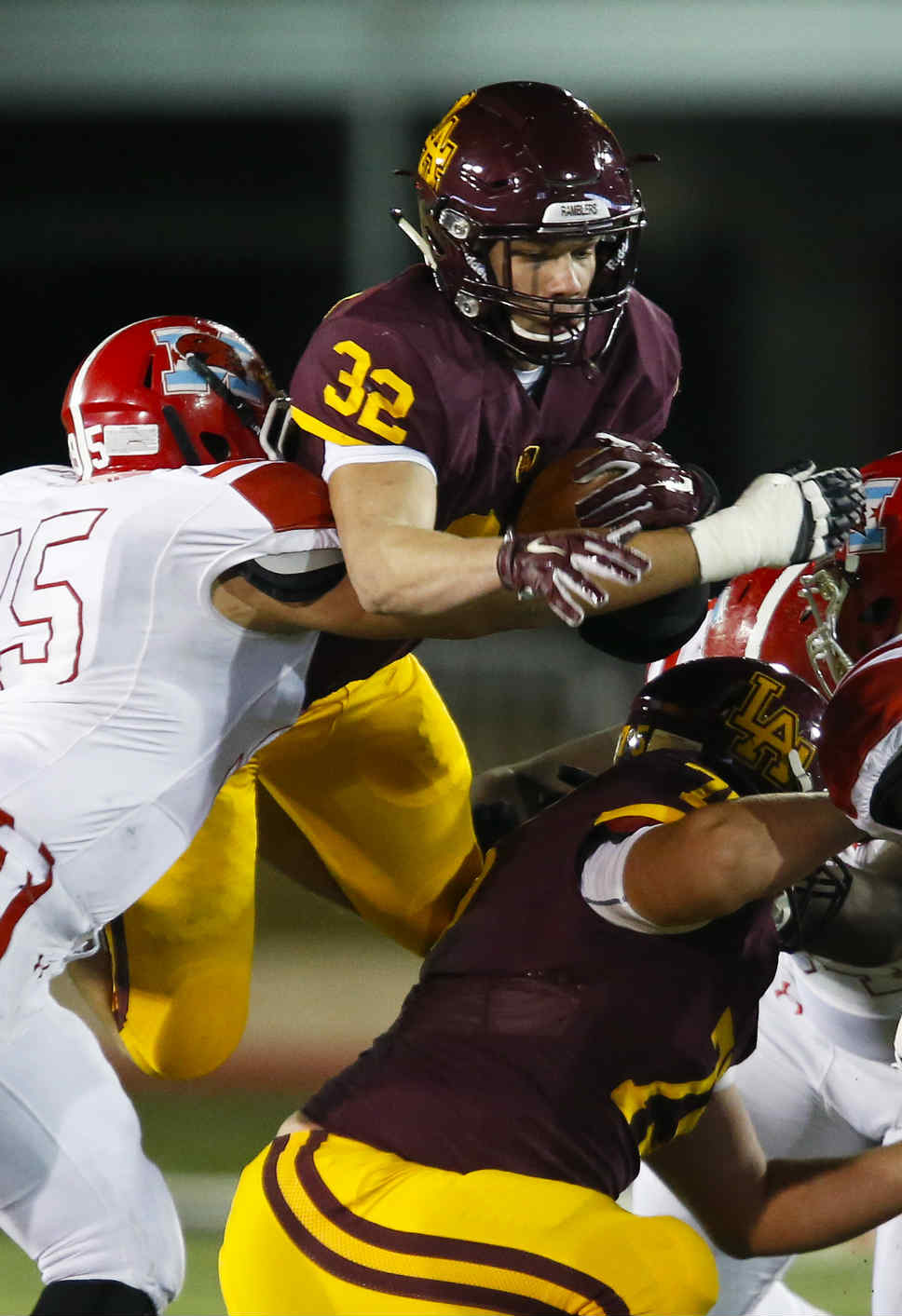 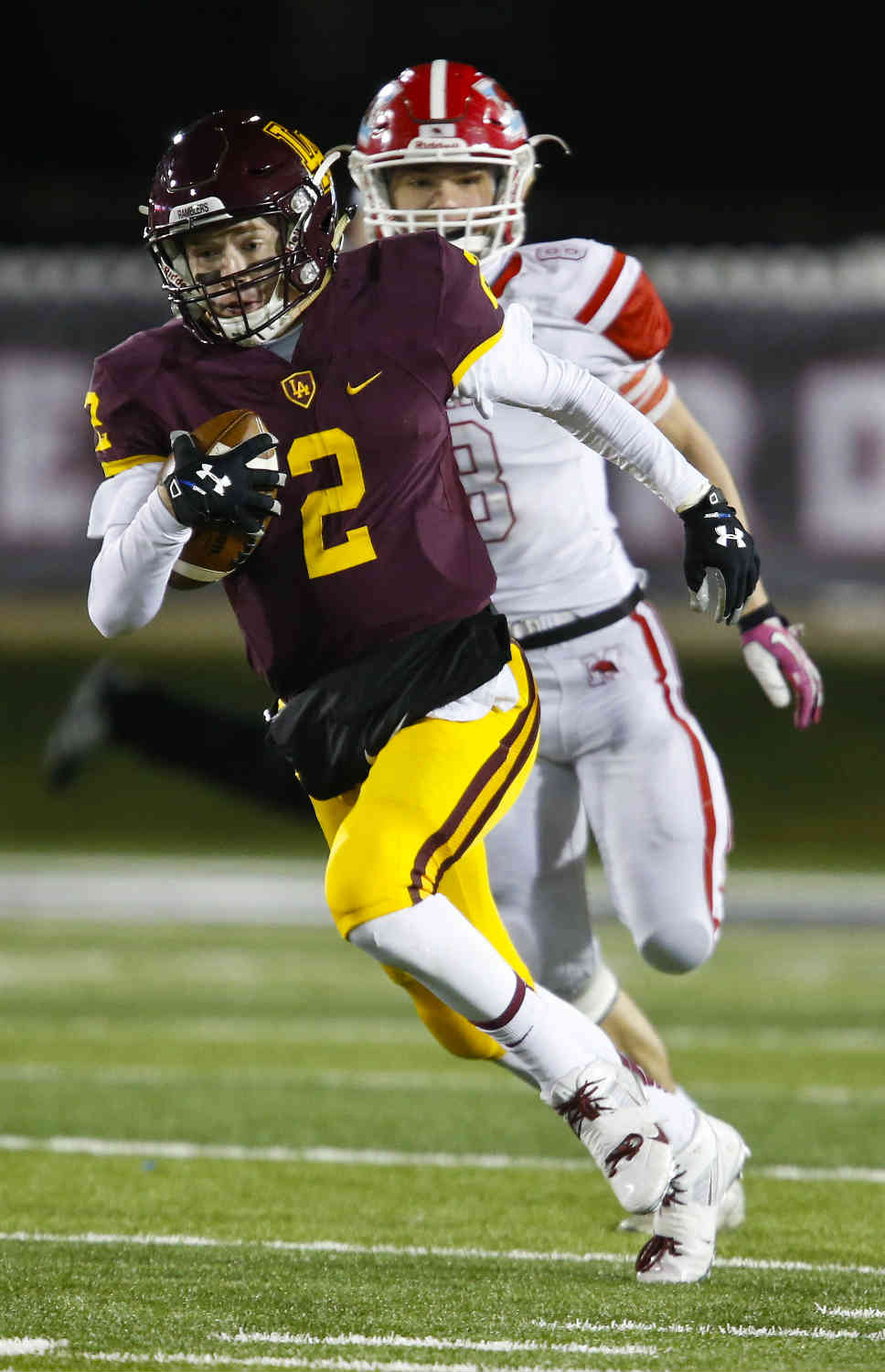 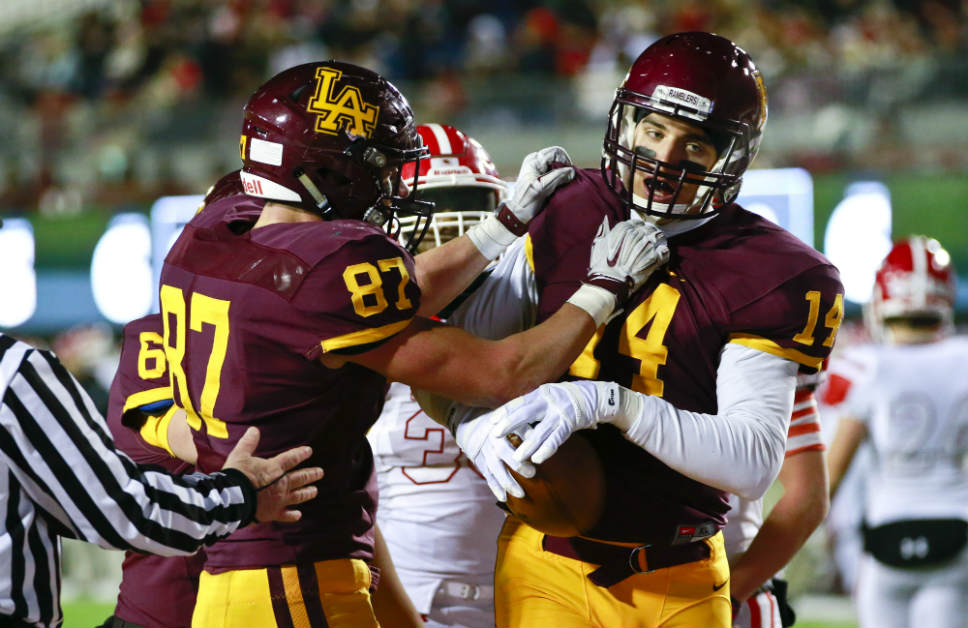 Jake Marwede is greeted in the end zone by Eric Eshoo. 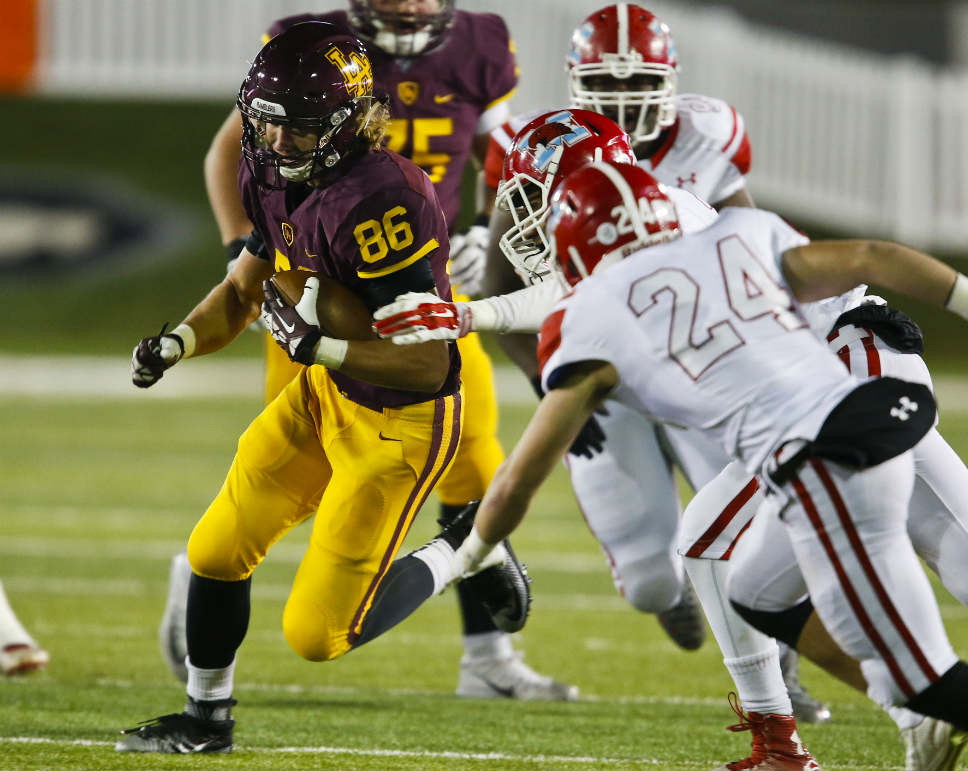 Thomas Smart picks up extra yards after making a catch. 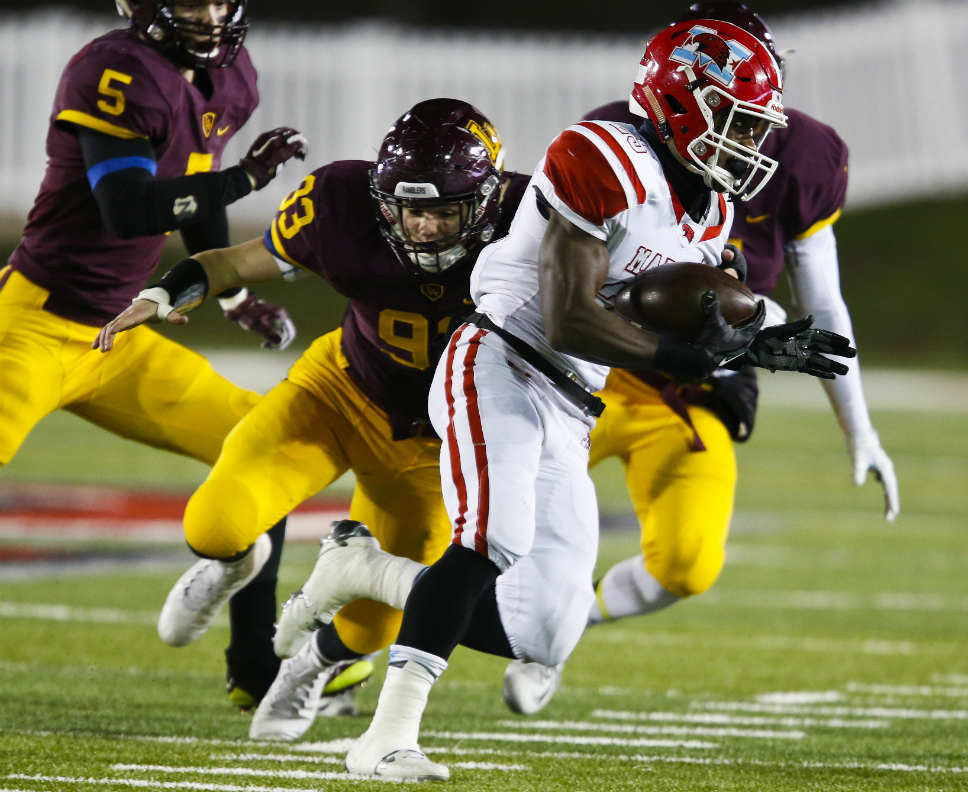 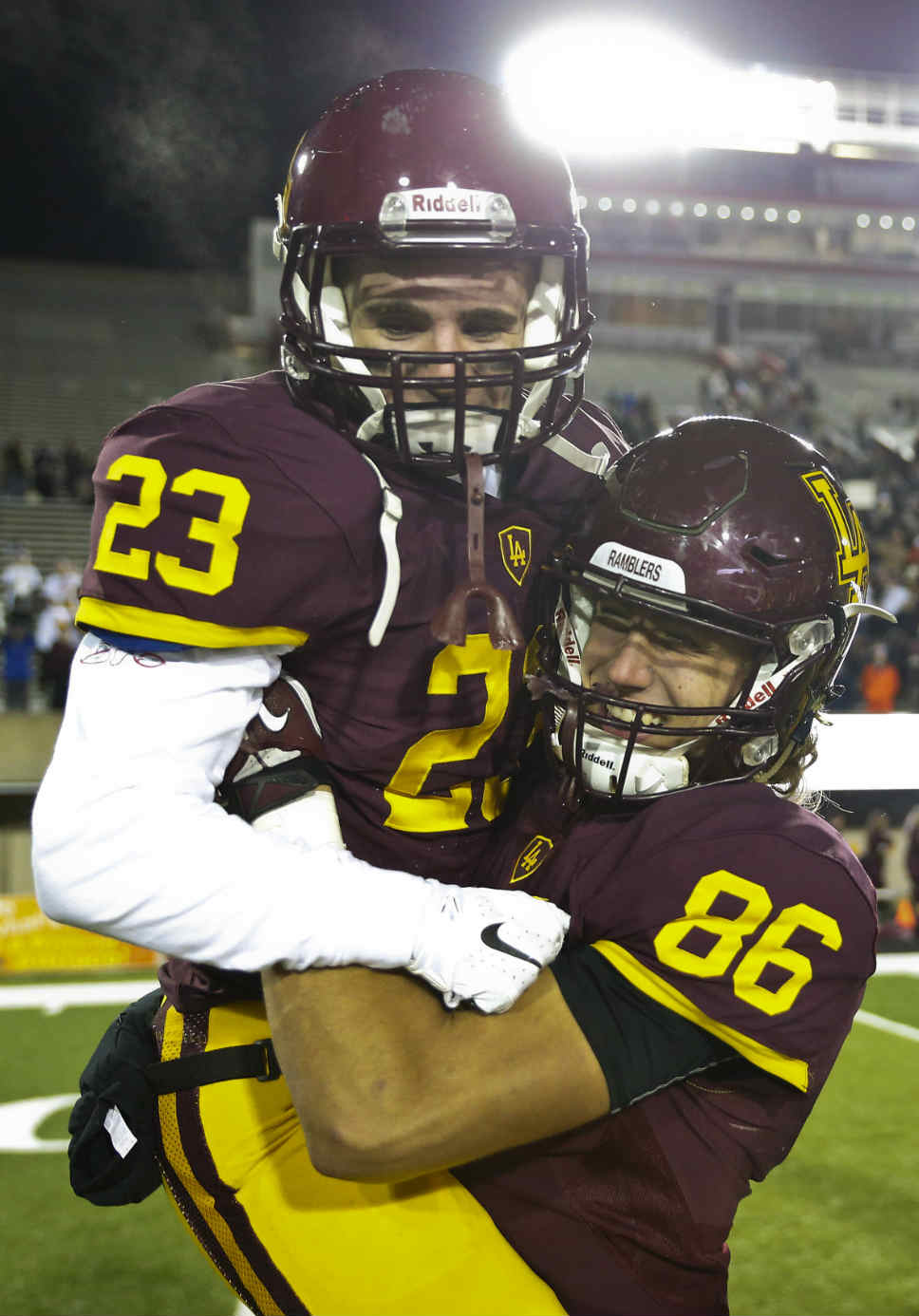 Thomas Smart gives Emmet Largay a lift after the win. 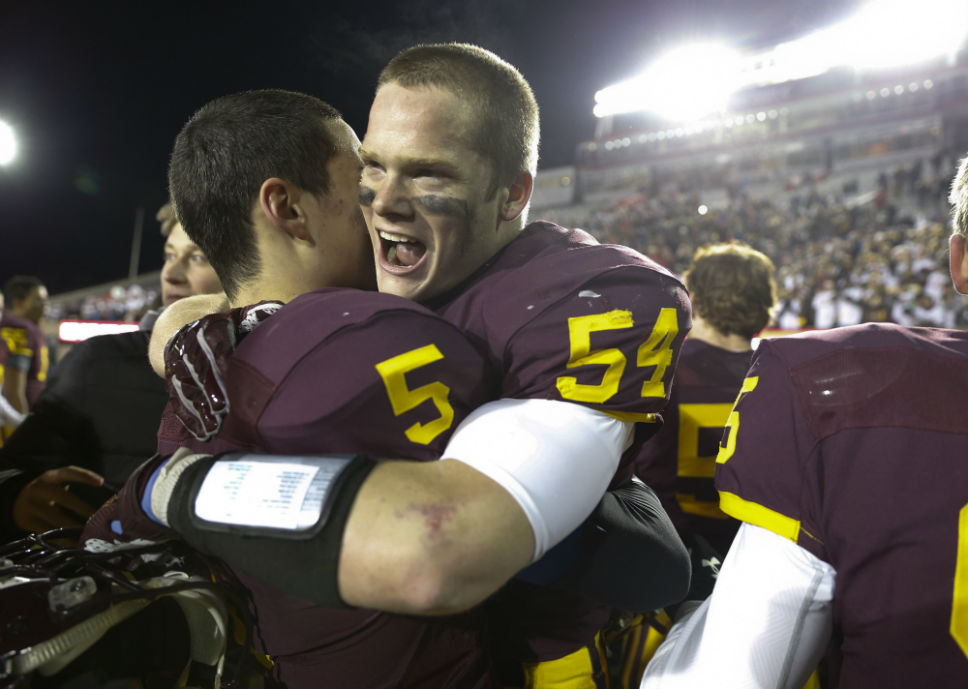 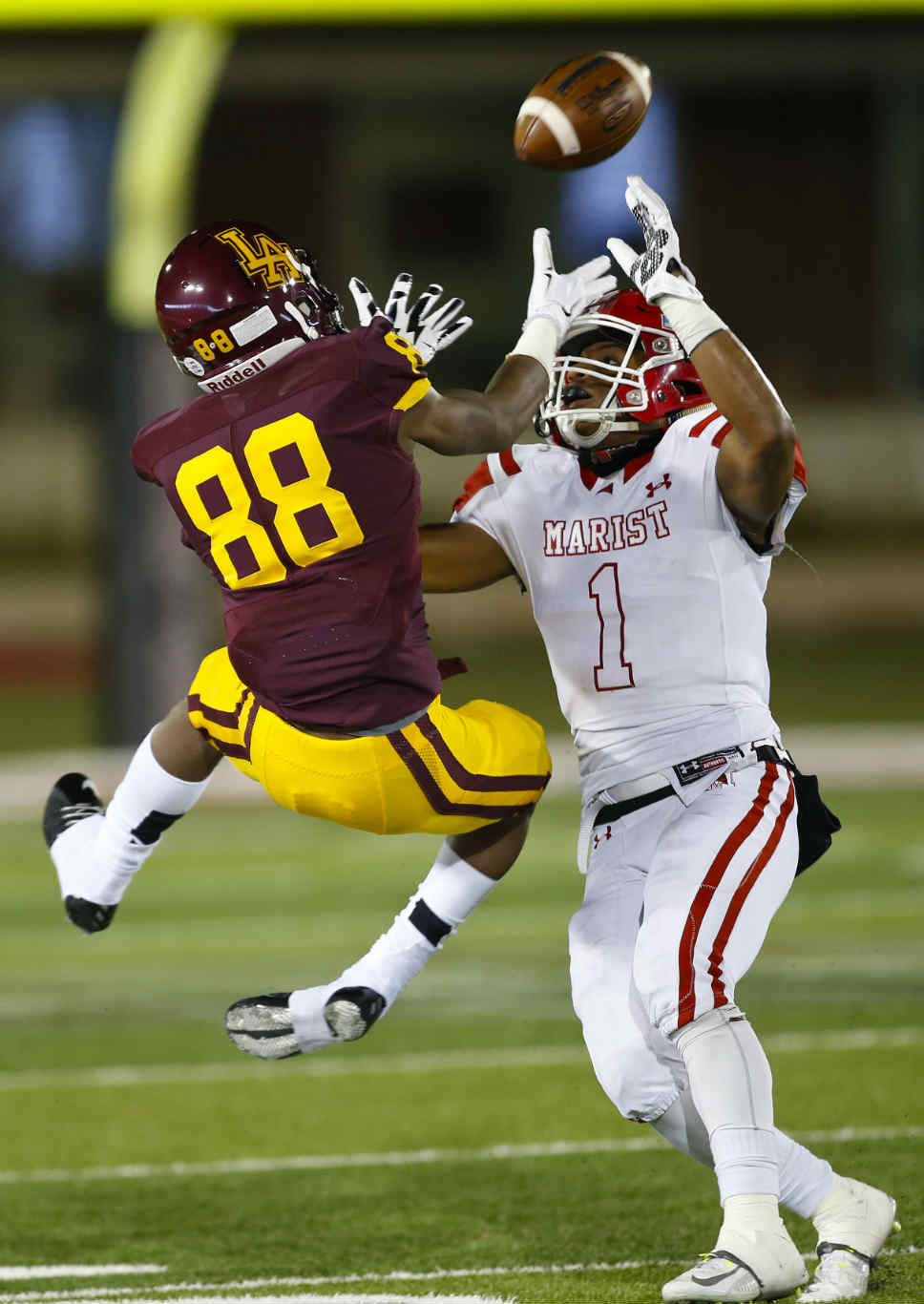 David Terrell goes up for a catch.