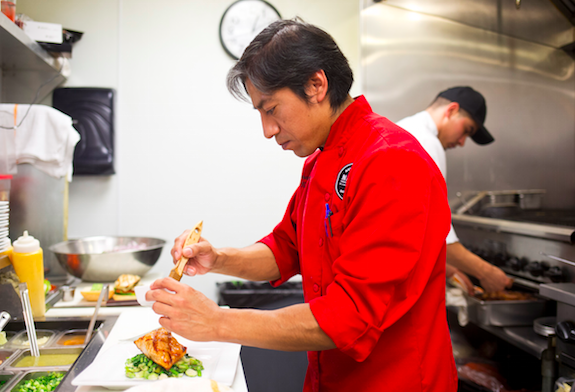 When Jennifer Marino and her husband moved from the urban sprawl of Los Angeles to Wilmette almost 11 years ago, they were intrigued by the potential for diverse dining.

So they decided to do something about it. No strangers to the Midwest (both hail originally from Wisconsin) the Marinos began by playing a hypothetical conversation most, if not all, couples have had at one point when making dining decisions.

Over that time, casual conversations with friends led to increased support. If the Marinos ever did pull the trigger, a few local families in town would be interested in investing. So when the space that had once been C.J. Arthur’s was available, it turned up on the Marino’s radar. “My husband was like, Let’s just go look at it,” said Marino. “I was like, Oh god, the train is slooowly leaving the station.”

That train is now in full motion—and picking up steam, I might add. Since June 2013, Nick’s has been a “neighborhood hangout” in the truest sense, with the goal of treating first-timers and regulars like family. In fact, family permeates the very essence of the space. Nine stars on the logo represent the nine families who, from the beginning, invested in the restaurant. And Nick’s takes its name from Marino’s father-in-law. “He’s one of those guys you’d love to have a beer with.”

A big thing that was important to them from day one was a dedication to fresh, locally sourced food. In this case, name-dropping some of the best establishments around: Al’s Meat Market across the street, The Spice House in Evanston, The Rock House around the corner, the French Market whenever its open, Harrison’s Poultry Farm in Glenview.

Other than one freezer chest in the basement that holds all the French fries, cheese curds (they’re Wisconsinites, after all), and Homer’s Ice Cream—“everything is fresh, that’s it. That’s it,” said Marino. “The reality is, we don’t have a ton of space to be doing frozen stuff anyway, and that’s not what we’re about.”

The executive chef, Hilario Clavijo, has been with them since the beginning, starting as the restaurant’s sous chef and now overseeing a kitchen that prepares their own salad dressings and sauces in-house (see the recipe below for a delicious citrus glaze that explodes with flavor). And after focusing “inside these four walls” for the past two years, Nick’s has now also expanded to deliver on their promise of great food, great service, and great environment with catering onsite and offsite parties overseen by general manager Nick Larkin.

Said Marino, “Having the name Nick wasn’t a prerequisite, but it certainly has worked out really well.” 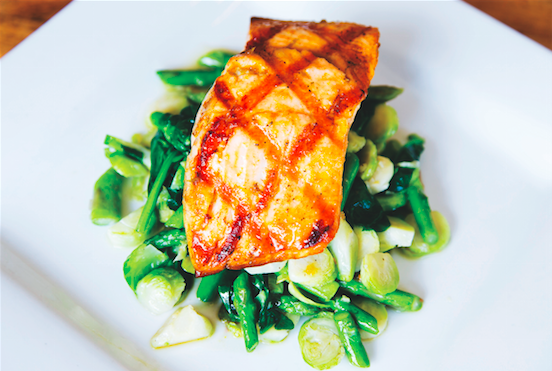